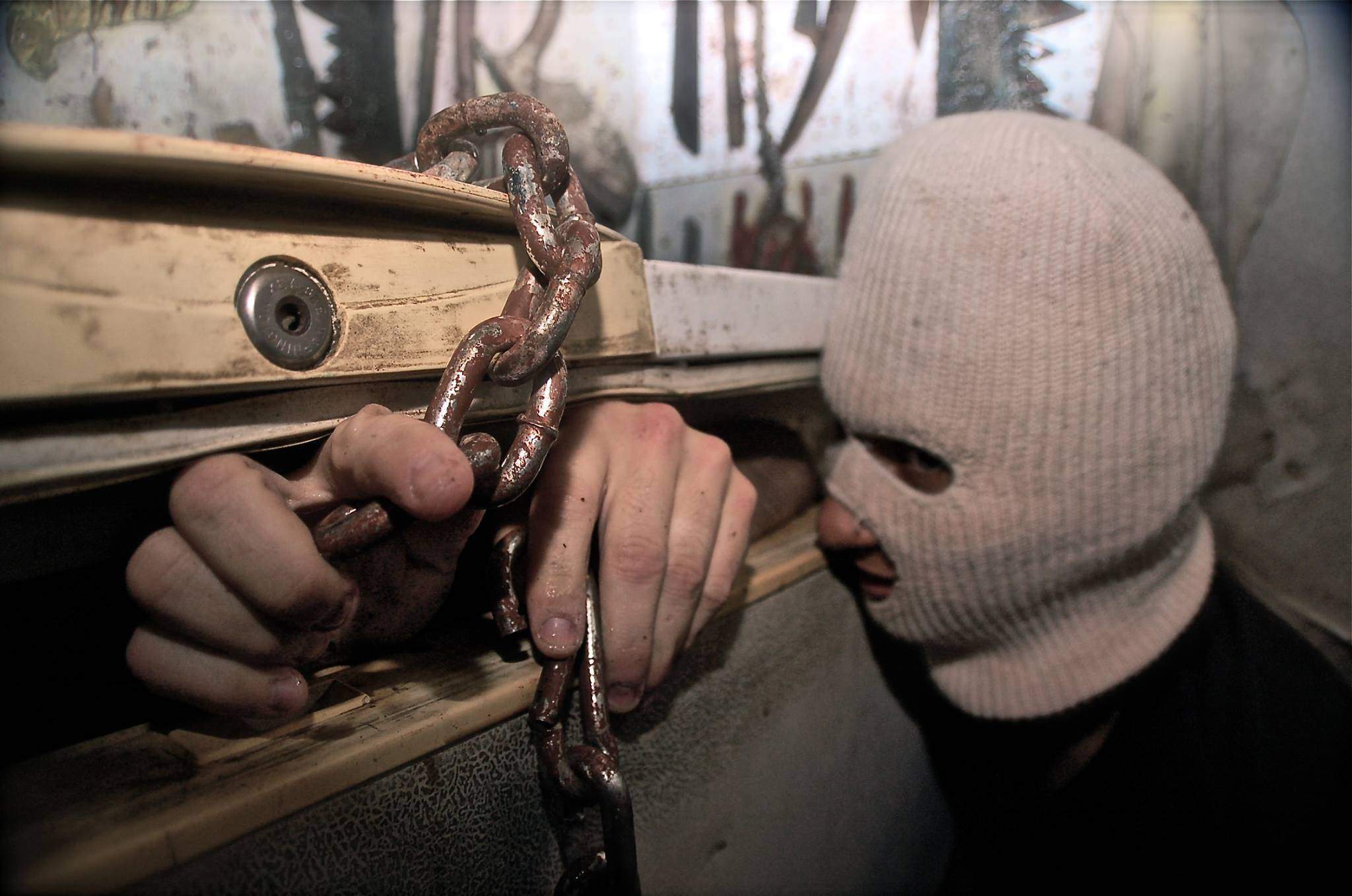 McKamey Manor has moved out of San Diego, but I will be keeping this page up in it’s memory

Ever since I was in high school (late 90’s) I had been hearing about this haunted house in San Diego that was the ultimate horror experience and that nobody had been able to make it all the way through. There were stories of being in rooms with real snakes and spiders, forced into coffins with the lid being shut for a long time, being soaked in blood, blindfolded, forced to eat disgusting, rotten food, etc.

This remained an urban legend throughout the years and I was certain it didn’t actually exist. Turns out it was true the whole time AND this place was sitting quietly in a residential home in Rancho Penasquitos. I truly couldn’t make this up if I tried. 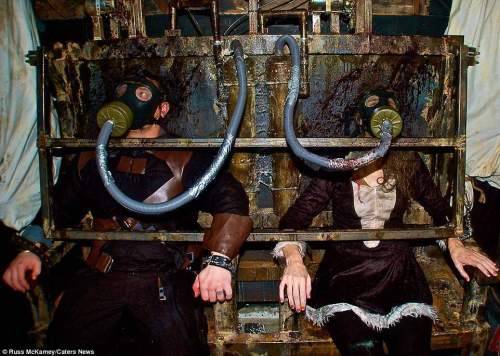 The tour can last up to 8 hours and they used to do tours all year long. You have to sign a waiver before entering, only 2 people are allowed in at any time, you must be 21+, you will be filmed and photographed the entire time, must be in pristine health and obviously one brave mofo.

This house is the real deal and being dubbed as the scariest haunted house in America by the Travel Channel, TMZ and other big bangers. You will be on your own personal journey into hell, tapping into your deepest fears. This haunt is designed to test every ounce of you physically and psychologically.

There is a LOT of controversy surrounding the people that run it though. Stories of waterboarding and torture, those going through the haunt being forced to remain silent on their horrific experiences.

They have an online forum where the owners are famous for banning people if you speak up against them (I know for a fact because I was banned after asking a simple question). It is all quite disturbing and mysterious.

I was lucky enough to get one of the people who went through McKamey Manor to finally open up about his experience and let us know a little bit more of what is going on inside. First off, here is his haunt video:

Here is my interview with Steve R.:

Me: Ok, well let’s start from the beginning.  What made you want to do Mckamey Manor?  Are you really into horror?  Was it a challenge you truly thought you could overcome?  Or were you mostly intrigued of what was going on in there based off of all the mystery surrounding it?

Steve: I really like horror, plus I found it very intriguing. Looks like a place that has a lot of really cool animatronics. I didn’t think it looked that intense in the videos I saw

Me: So you thought it was mostly smoke and mirrors but that they weren’t truly hurting anyone or causing real trauma?  Did you see that most people weren’t lasting more than 10 minutes even though it’s supposed to be a 5+ hour experience?

Steve: I saw that most people were not lasting very long and honestly thought it was more of a hands on haunted house where they could rough you up a bit.

Me: Okay, so what do you think made Russ choose you out of the thousands of applicants?  What did you tell him to make him think you’d be an ideal candidate?  And how long was the interview before you were confirmed to go in?

Steve: It was like a 10-minute interview. He didn’t ask that many questions. Just asked me basically if I had any health problems or anything like that which I don’t. They just needed someone last minute from what he said. I’m believing he chose me because I sounded serious about it and once again to be honest with you, I think he knew I would fail.

Me: What was it like when you first met up with them?  Did they talk to you first and have you sign papers then blindfold you?  Or how does it work?

Steve: Russ’ wife met up with us to give us a waiver. We signed it and then they turned us around and then a couple of guys with masks holding socks filled with something started hitting us with them. They then blindfolded us and put us in the back of some kind of car and decided to degrade us all the way to what I’m guessing was a garage. They made us crawl blindfolded with headphones on inside the room or garage or whatever it was.

Me: They degraded you in the car or what do you mean?  What did they do to you during the car ride?

Steve: They called us names, made us say yes sir and told us no cussing

Me: But they didn’t hurt or touch you?  I’ve seen that many people didn’t make it past being put in the van.

Steve:  Yeah they were hitting us with a sock filled with something. It didn’t really hurt it was more annoying and irritating and made me really want to punch them but they cuff you.

Jessica: Okay, so you get into their garage and then what happens?  Are you still blindfolded or do they take the blindfold off?  And they make you wear headphones, right?

Steve: In the headphones you start to hear some creepy music and a guy talking. They take the blindfold off and put you in a room with a couple of guys who are actors that are trying to act tough but they really start annoying you. You just feel helpless because you have your wrists zip-tied. They put a cloth over your mouth and pour bottled water over it kind of like waterboarding. There are video cameras which Russ is videotaping what is more of torture than a haunted house. He tells you that you are being bet on in Vegas by how long people think you will last. You tell them you want out but they won’t let you out right away. Then they mess with you even more and things get more intense.

Me: What is the guy saying in the headphones?

Steve: It’s just like welcome to McKamey Manor. I don’t recall all of it but it was kind of stupid.

Me:  Were you laid down when they poured the water on your head?  Did it make you feel like you were going to suffocate?

Steve: Yeah I was laying down in sewer water when they did that and yeah I felt like I was having trouble breathing after that.

Me: Are you sure it was sewer water?  Do they check to make sure you don’t have any cuts before going in?  That sounds like you could get a major infection!

Steve: It smells disgusting. It wasn’t normal water I can tell you that much.

Me: Do you feel they were doing anything illegal inside?

Me: What parts specifically?

Steve: I don’t know if it is legal to keep someone confined when they say they’re done and want to go. I told him I wanted out and they put my head in some contraption and pulled my tongue with pliers.

Me: In the waiver did you sign that they can keep you against your will?

Steve: To be honest I don’t recall, but I don’t even know how that’s legal to have a waiver that says that.

Me: How long did you last?

Steve: From when I got to the pickup point to when they dropped me off it was a total of about an hour and a half to two hours. That’s if you include the car ride and everything else. It was probably like 10 to 15 minutes when I said I wanted out but they kept me anyways.

Me: Wow!  How long did they keep you inside after you said you wanted out?

Steve: I told them I was having trouble breathing and they started to taunt me after that. They kept one guy with me to make sure I was okay but then they said no you’re not done yet then like I said they put me in a contraption, spit blood in my face and pulled my tongue with pliers. Then they proceeded to threaten me that they would come get me if I were to tell anybody about it.

Me: I feel like I saw that last part on video, them threatening you.  Is that why it took you so long to speak up?  Did you give them your real address and did you fear they may actually come after you if you spoke up?

Steve: I wasn’t really sure they were serious but they definitely acted that way. I don’t believe they had my address. And who knows if the guy would have had someone come after me. I think he’s nuts. And sorry, after I told him I wanted out they probably kept me for I’m guessing half an hour if you include the five minute car ride back which I was blindfolded and put on top of another person in the backseat of a car again. 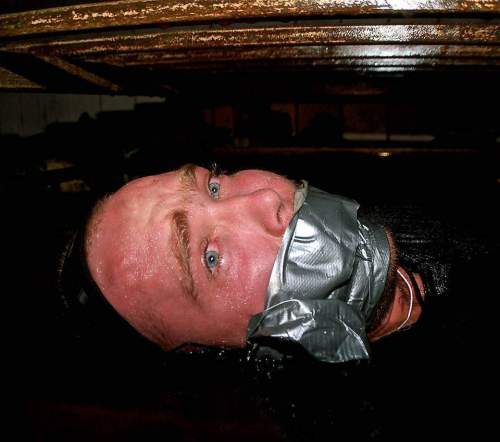 Me: So how has this affected you?  The aftermath of it all?  How was the first 24 hours, first month and how do you feel today?  Any long-term trauma?


Steve: The first 24 hours I was kind of delusional. Like what the fuck just happened? Are these psychos gonna come after me? Actually, I felt that way for a month. They have a place like that so I don’t know what they are capable of. Honestly, I think those two are sick and twisted and probably get off on sadistic stuff like this.

Me:  Absolutely.  That is very obvious.  These are sick people no doubt that will ban you from their group if you question them in any way, even innocently.  There are phenomenal brainwashing techniques being used. How do you feel today?  Any long-term damage? Do you feel more paranoid and fearful of the world in any way?

Steve: No real long-term damage but yeah, I do feel a little more paranoid. You know, driving around looking at who’s behind you or walking to and from work thinking that someone is after you every now and then. It’s not awful, it’s just annoying.

Me: Do you have anything else you’d like to add?  I really appreciate you speaking up.  This will hopefully encourage more to do the same.

Steve: They offered me to go there and work and I seriously wanted to go in and videotape to expose them but I didn’t hear back from them after that. Also, they wanted me to go back to try it out again. Hahaha no way. I highly doubt I would have gotten away with any of that though. 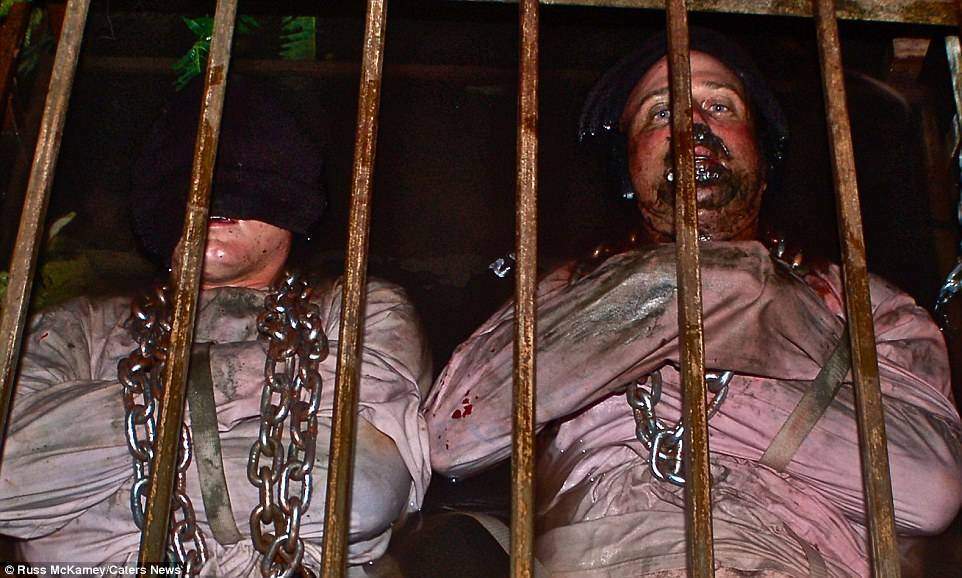 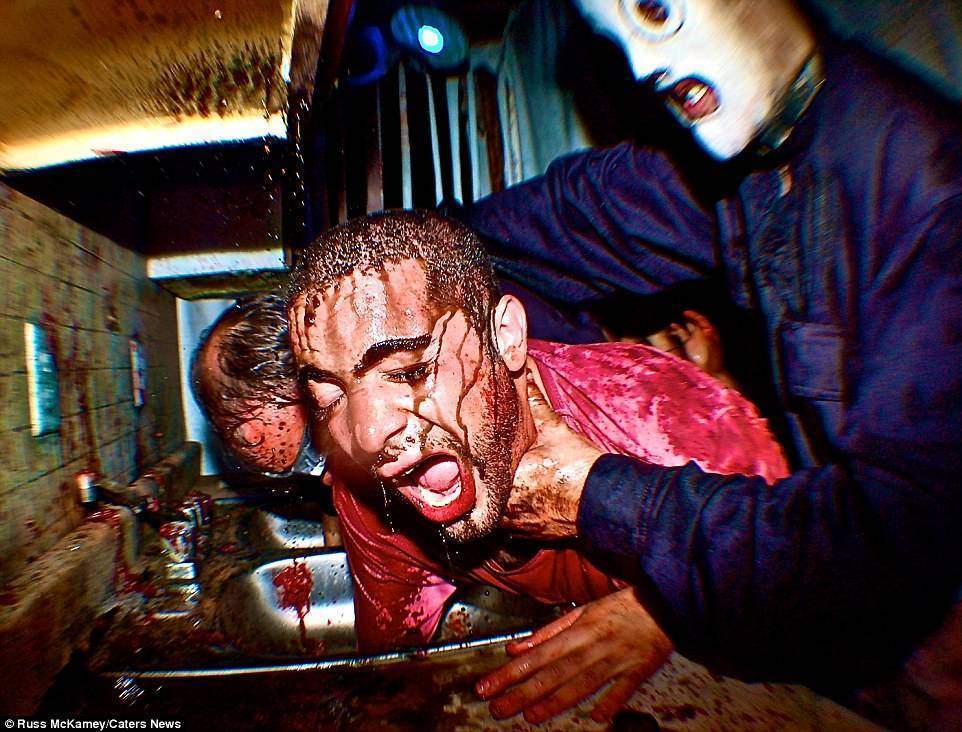 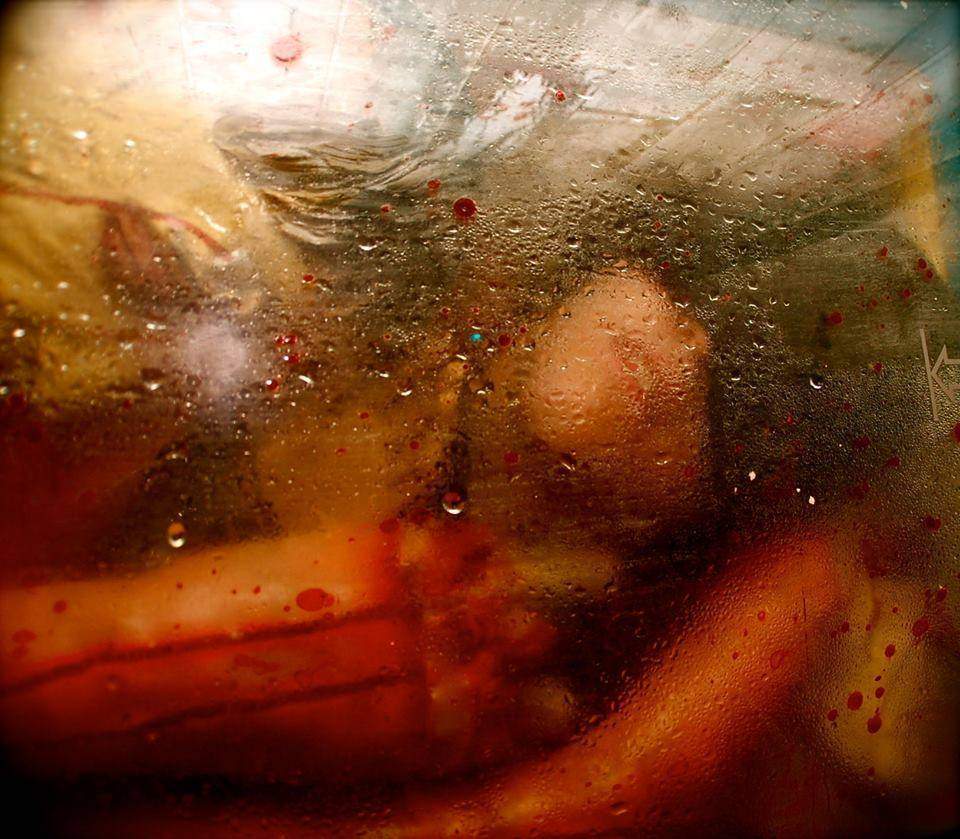 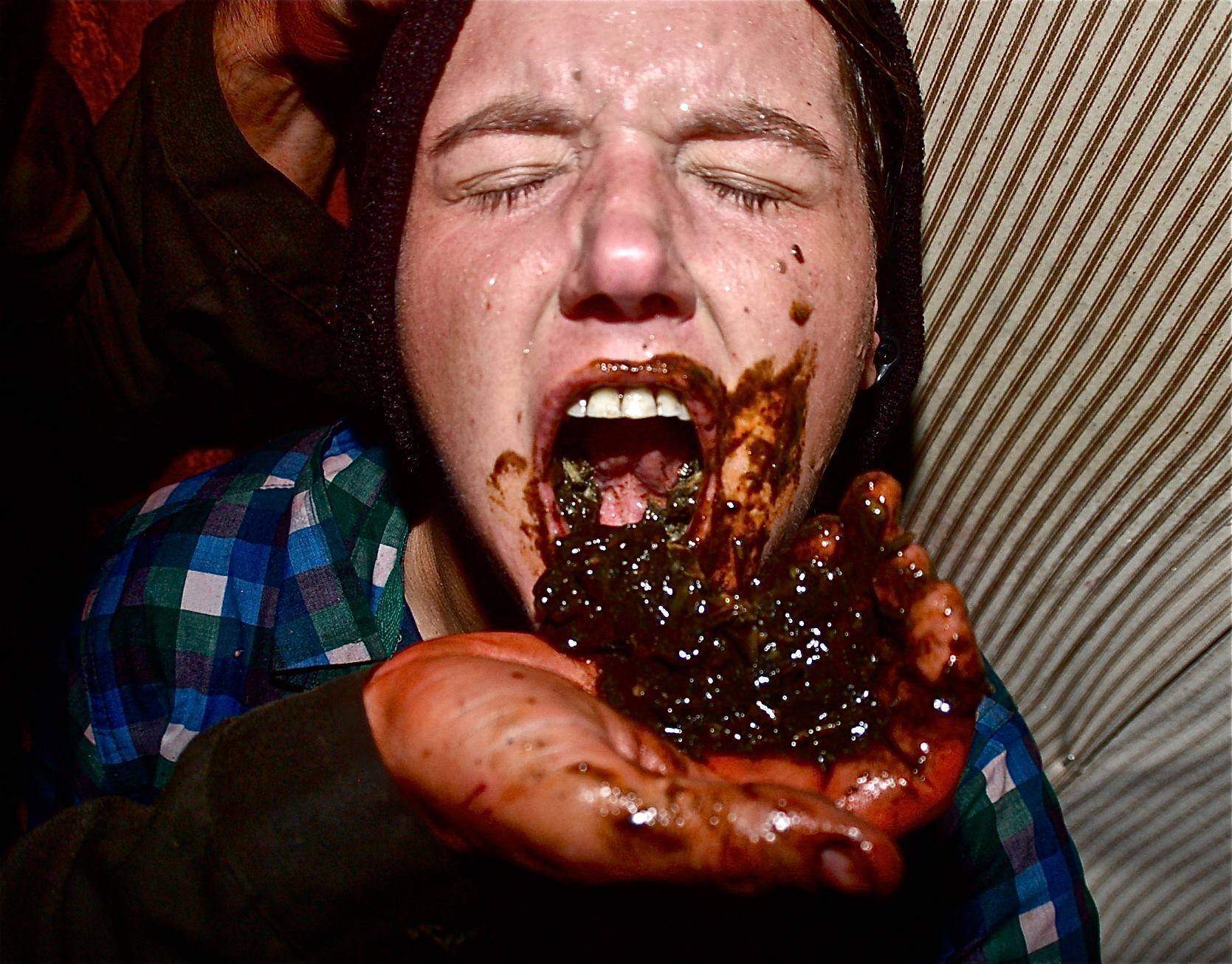 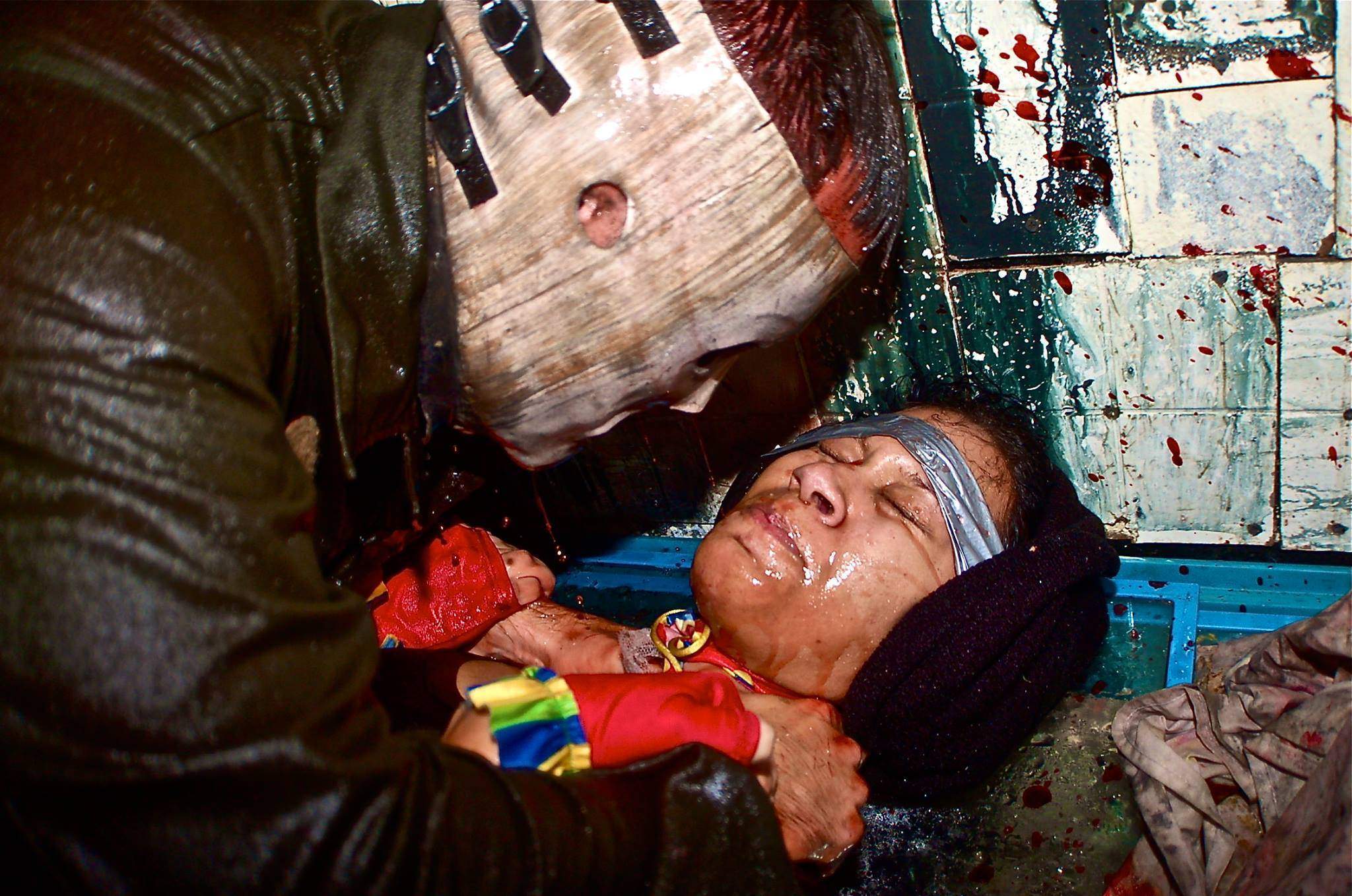 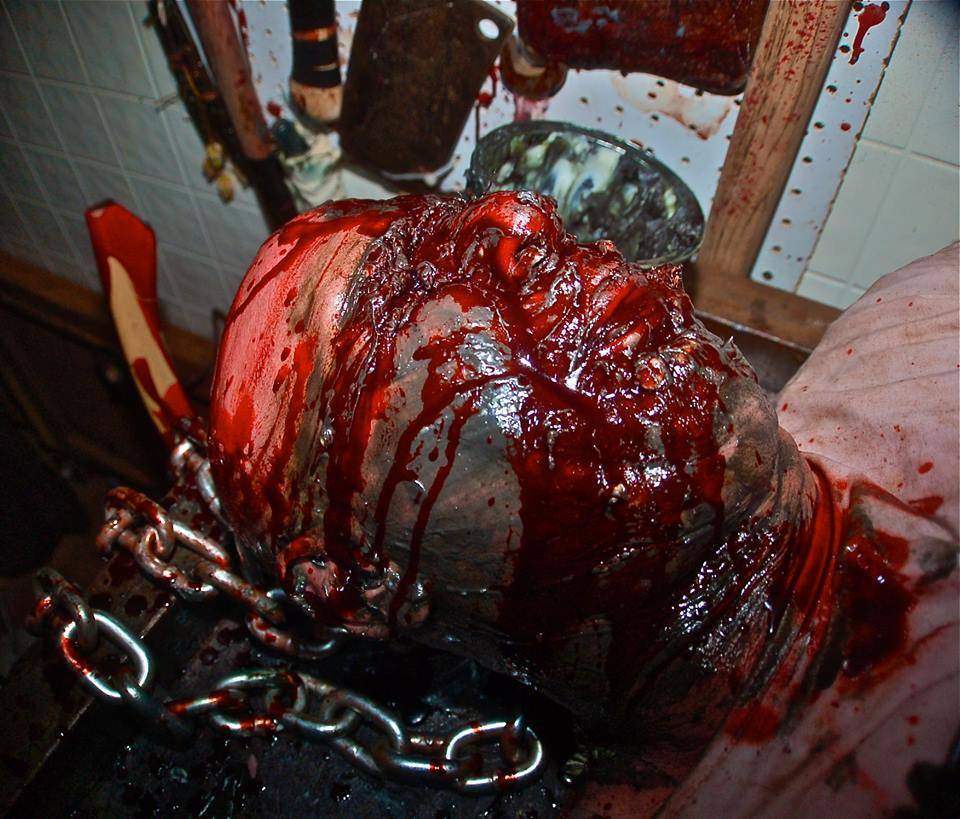 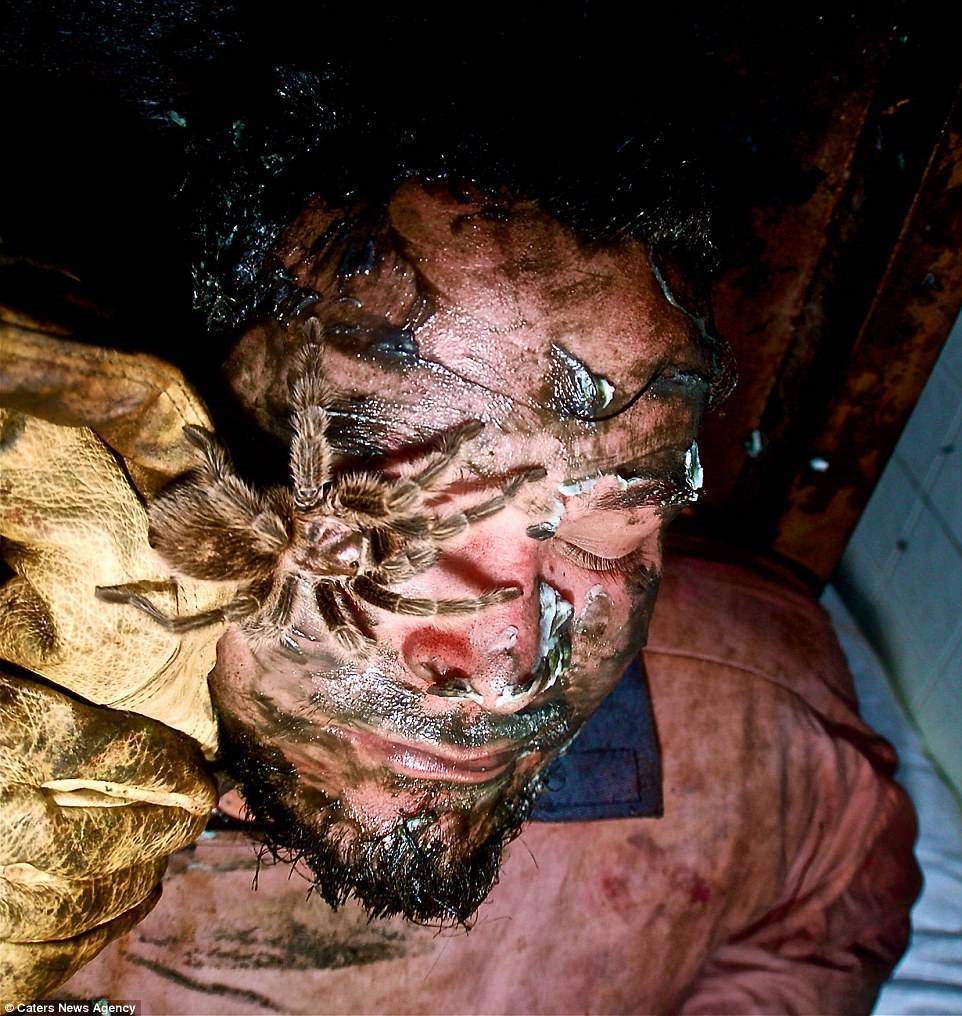