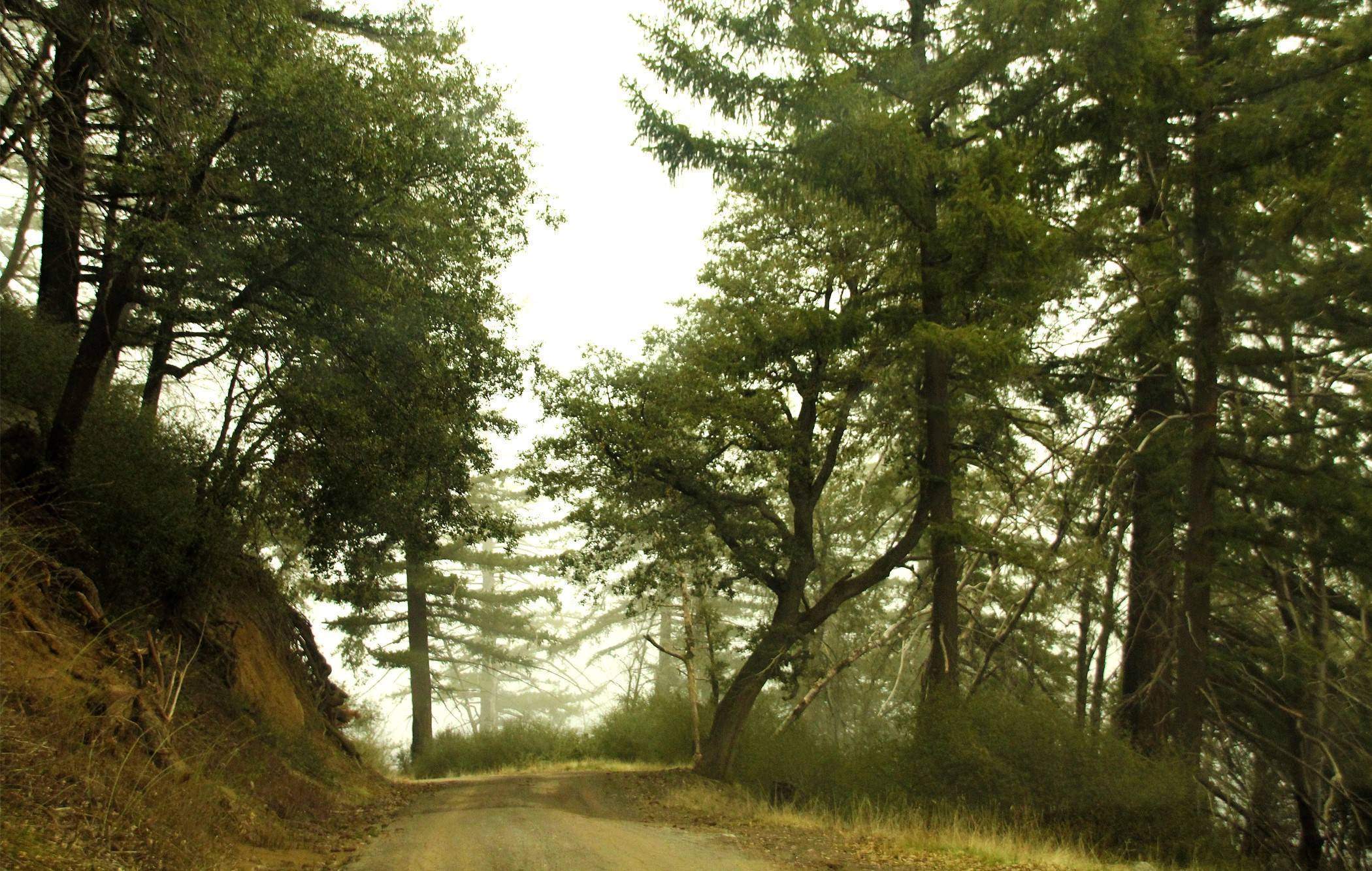 If you start from the top of Palomar Mtn:

Although you can hike this, most people just take it for the scenic drive

CHECK OUT OUR GUIDE ON ALL THE HIDDEN GEMS ON PALOMAR MOUNTAIN FOR AN AMAZING DAY TRIP!

If you start from the bottom of Palomar Mtn:

For those whose cars are equipped for this type of expedition, there is an alternate route to Palomar Mountain that is just as gorgeous, if not more stunning than the traditional drive. Nate Harrison grade, also known as the "highway to the stars," is promised to take you back in time.

The windy, dirt road is filled with views that are hard to compete with. Over 100 years ago, horse-drawn wagons would make the treacherous climb up this steep mountain to the few homesteads atop. 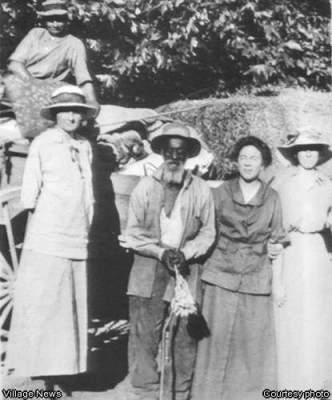 The Nate Harrison Grade was named after Nathaniel Harrison, a freed slave and, as legend goes, the first African-American to live in San Diego.  Nate had a small cabin halfway up the grade and was known for providing food, fresh water from his spring and a place to stay for tired travelers.

The backstory on Nate seems to be all over the place. We are going to go with Soho's story as they are a highly reliable source for the history on San Diego. It seems as though Nate was born in the South during the 1820's or 30's and made his way to California with his enslaver during the Gold Rush.

When Nate's enslaver died, Nate became a free man and 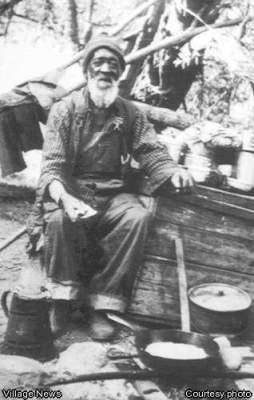 During recent archaeological digs near Harrison's home, survey and excavations have unearthed his main cabin, patio and orchard which was occupied roughly from 1865-1919. There have been many fascinating finds during the digs, suggesting a man who lived a full life and most likely entertained many notable figures.

There have been found artifacts from all over the world on his property as well as animal hides. Instead of being a hermit as many sources have suggested, these findings are indicating a man who entertained many and lived an enjoyable life.

The SDSU archaeological team has also found artifacts belonging to children and women, such as a cosmetic tin with powder, a toy tea cup, silver-plated silverware, assorted coins, fancy suspenders and two marbles. "Harrison may have chosen to live by himself on Palomar Mountain, but he was neither isolated nor alone."

Originally named the "N-word Nate Grade" the NAACP thankfully was able to successfully petition a name change in 1955. Back then most people didn't think twice about racial slurs. Beyond racism, many tried to peg 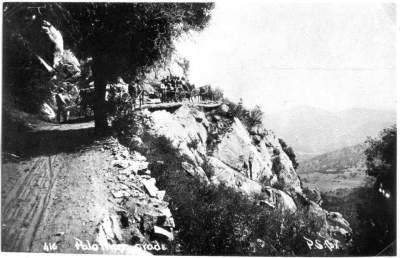 Nate as being "lazy" and "never working a day in his life". Large amounts of sheep bone have been found on his property as well as hide suggesting a sheep-raising farm for wool, hide and a regular food source.

Personal Experience: I have been wanting to do this drive for at least a decade now. One day after doing a hike up at Palomar Mountain, a friend and I decided to try it out while heading back home. The drive was both gorgeous and nerve-wracking as we felt we may get stuck on the side of a mountain with no reception and nobody around at any moment.

There was no reception for the majority of the drive and being a dirt road, it's not out of the realm to get stuck, especially in winter after rainstorms. I drive a regular car, not a truck or 4-runner so this was definitely a risky drive. All turned out well and it will remain a memorable trip. The majority of these photos were taken through my windshield as we were driving so please excuse the quality.

If you are taking this trip back down the mountain, look for this sign and then follow the dirt road: 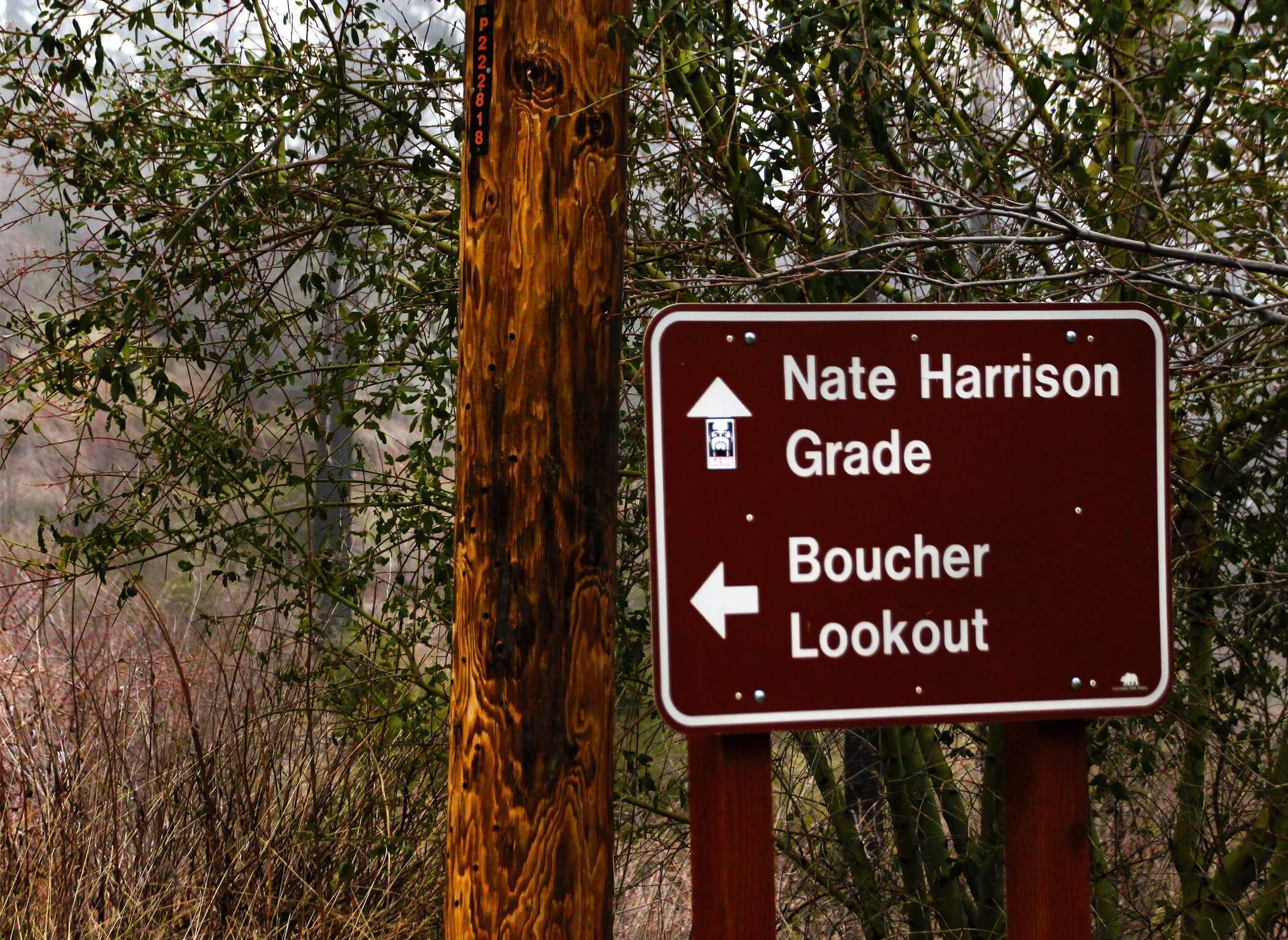 We started the journey off in fog: 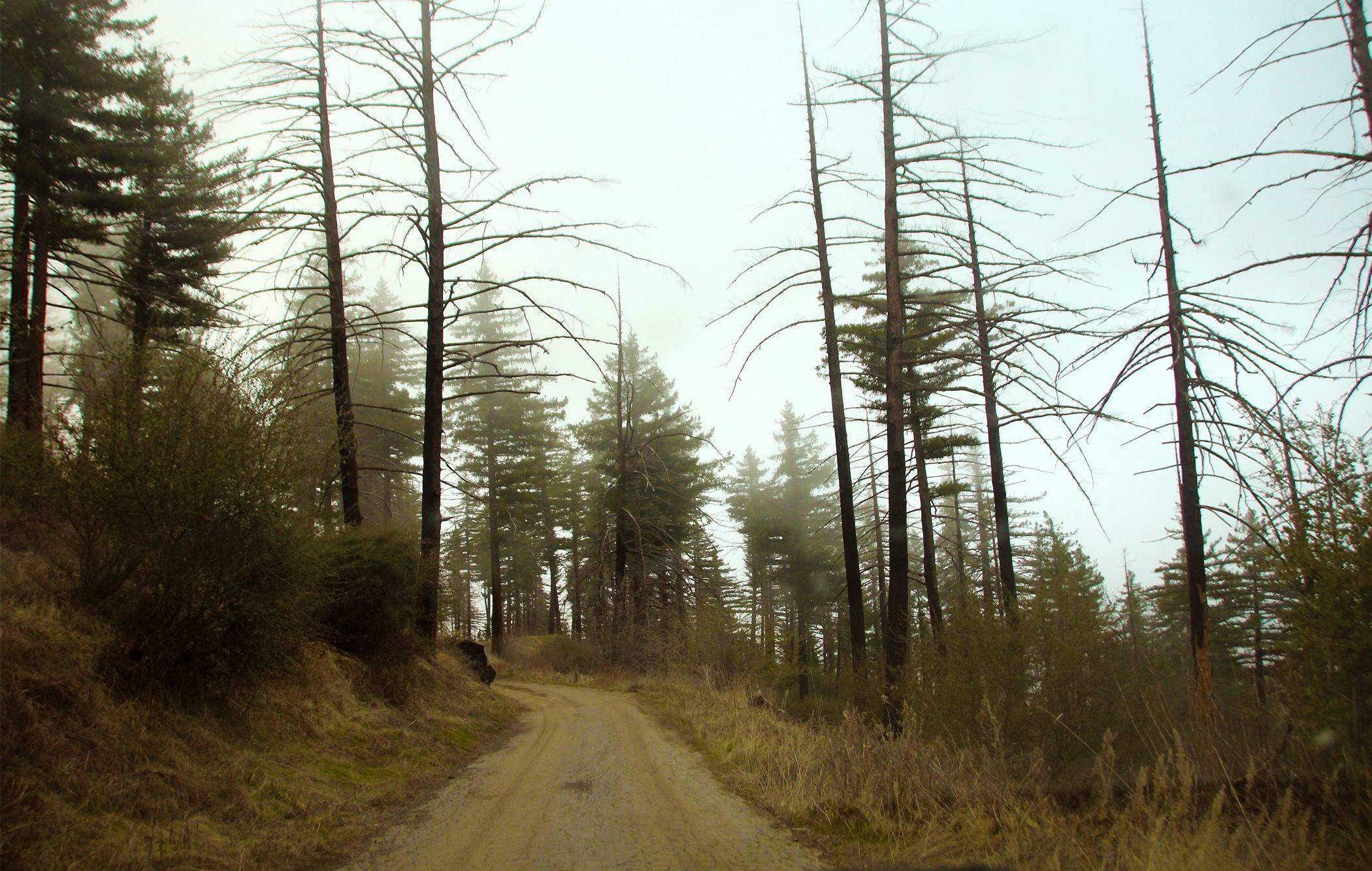 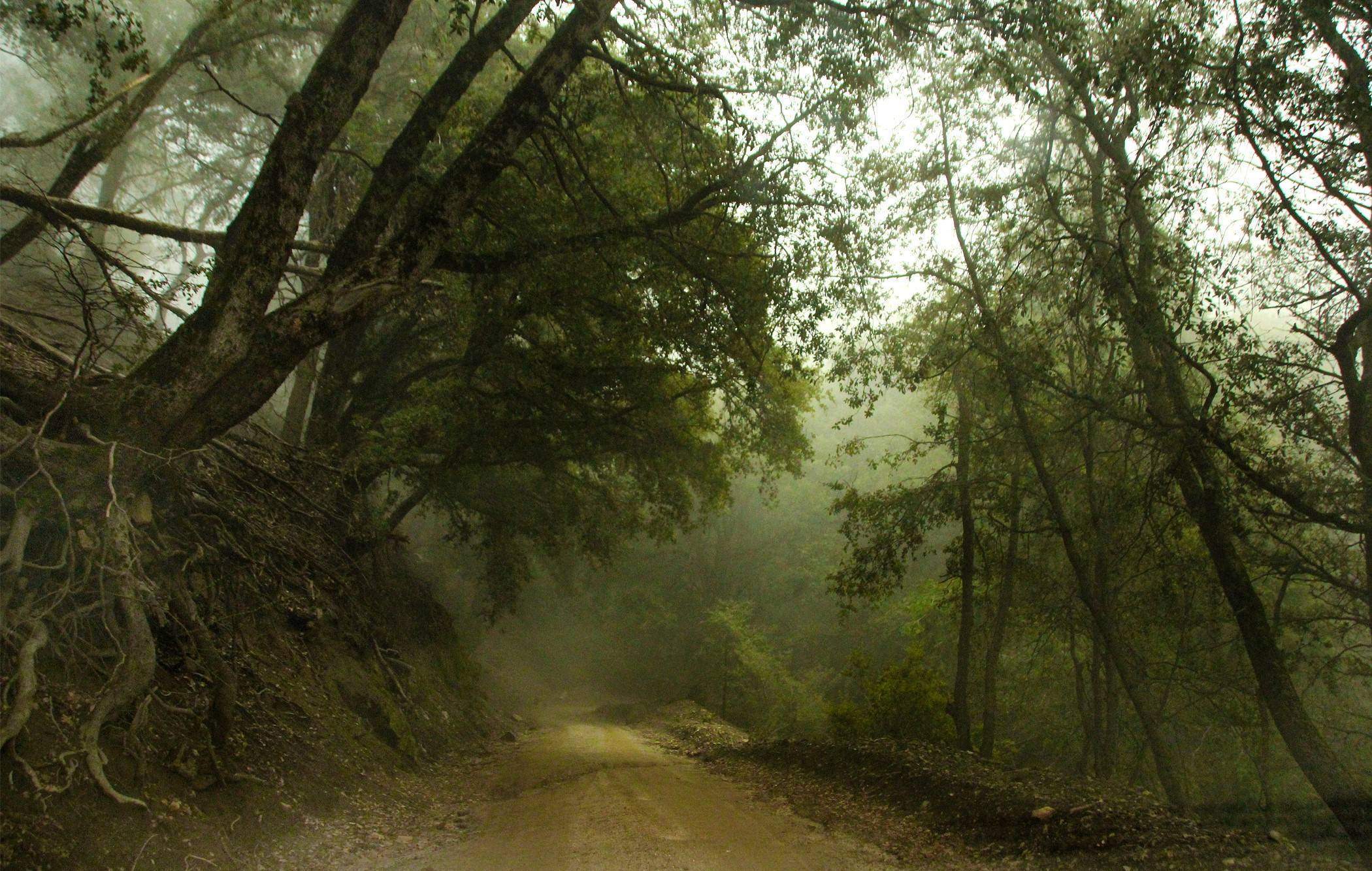 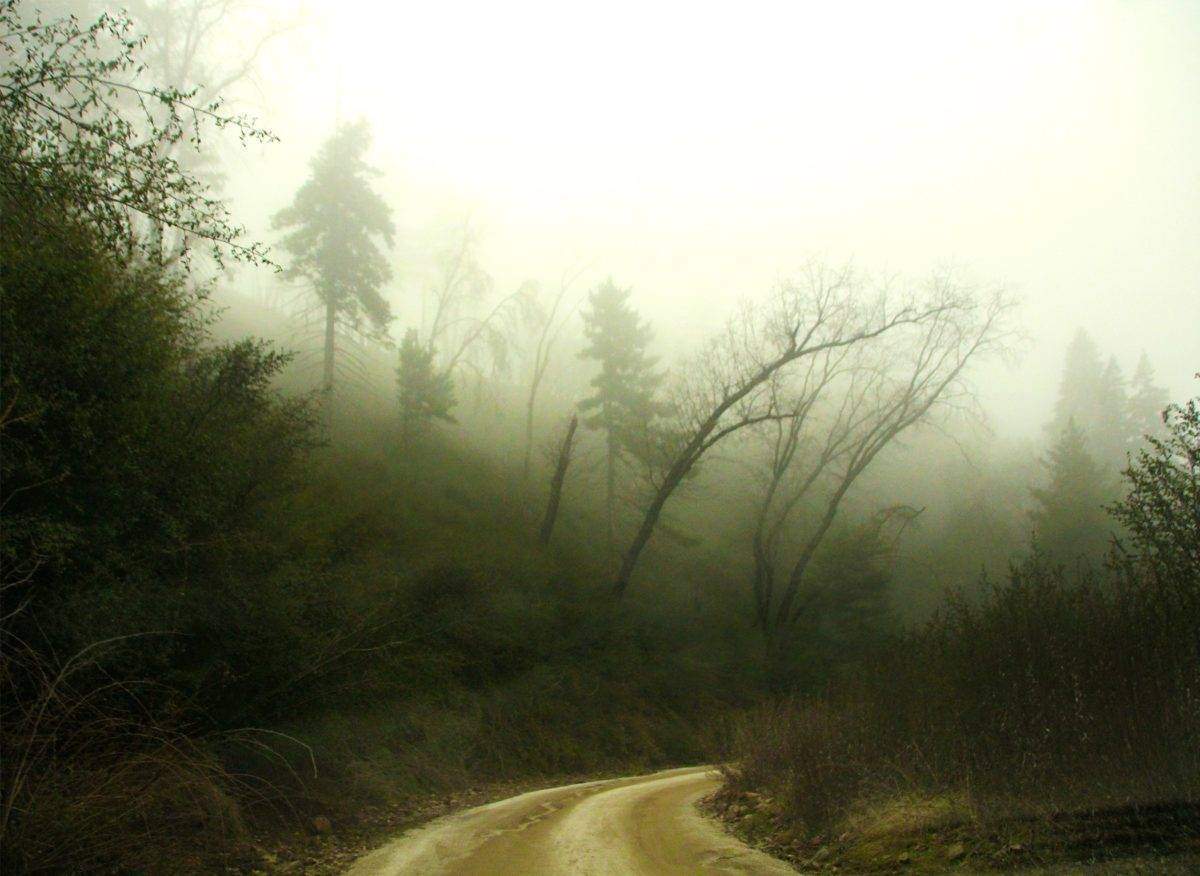 This small plaque caught our eye during our drive and we pulled over to read it. "Nathanial Harrison's Spring 'A Man's a Man For a' That". I am pretty positive this is the location where his homestead used to be: 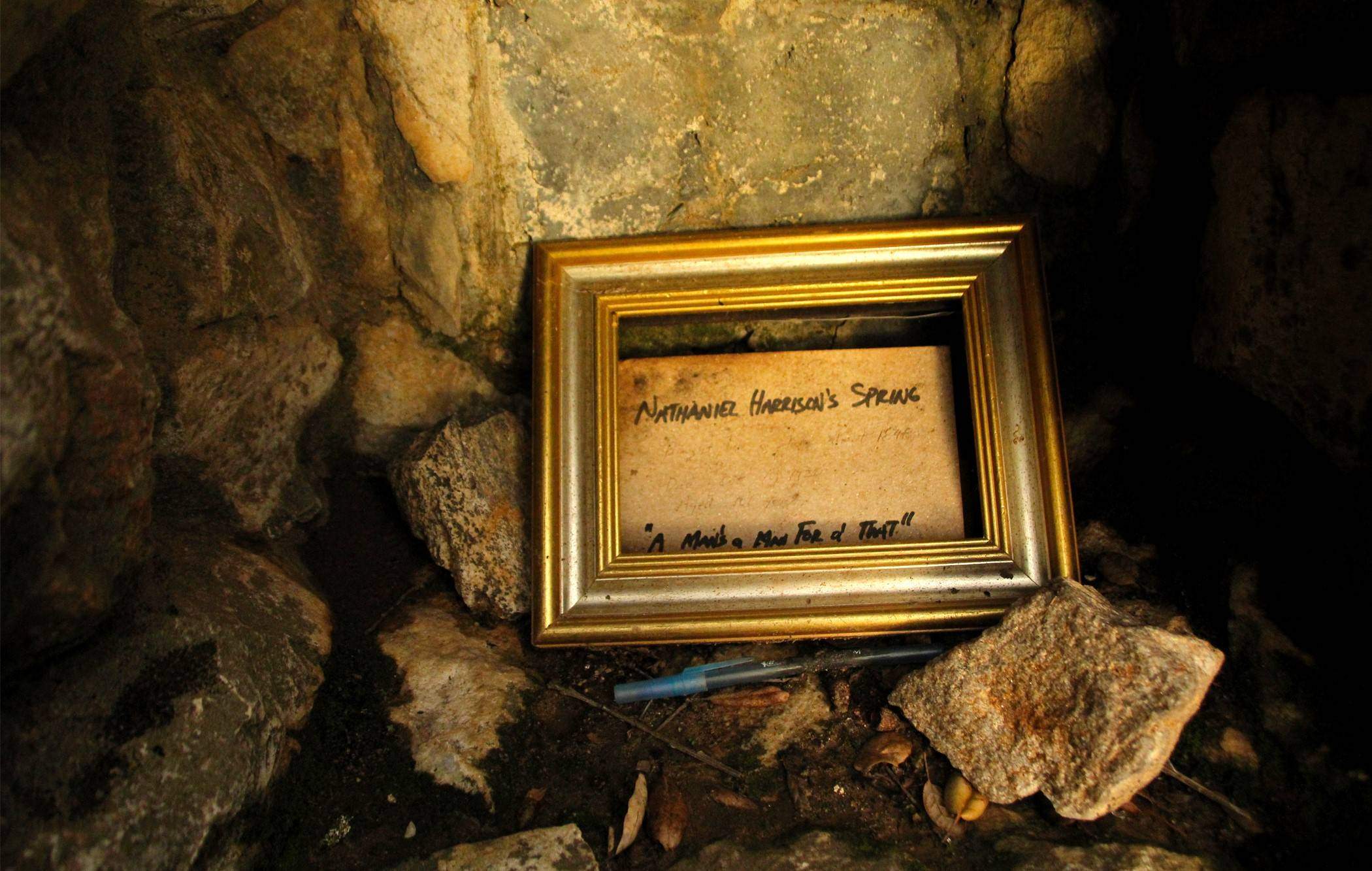 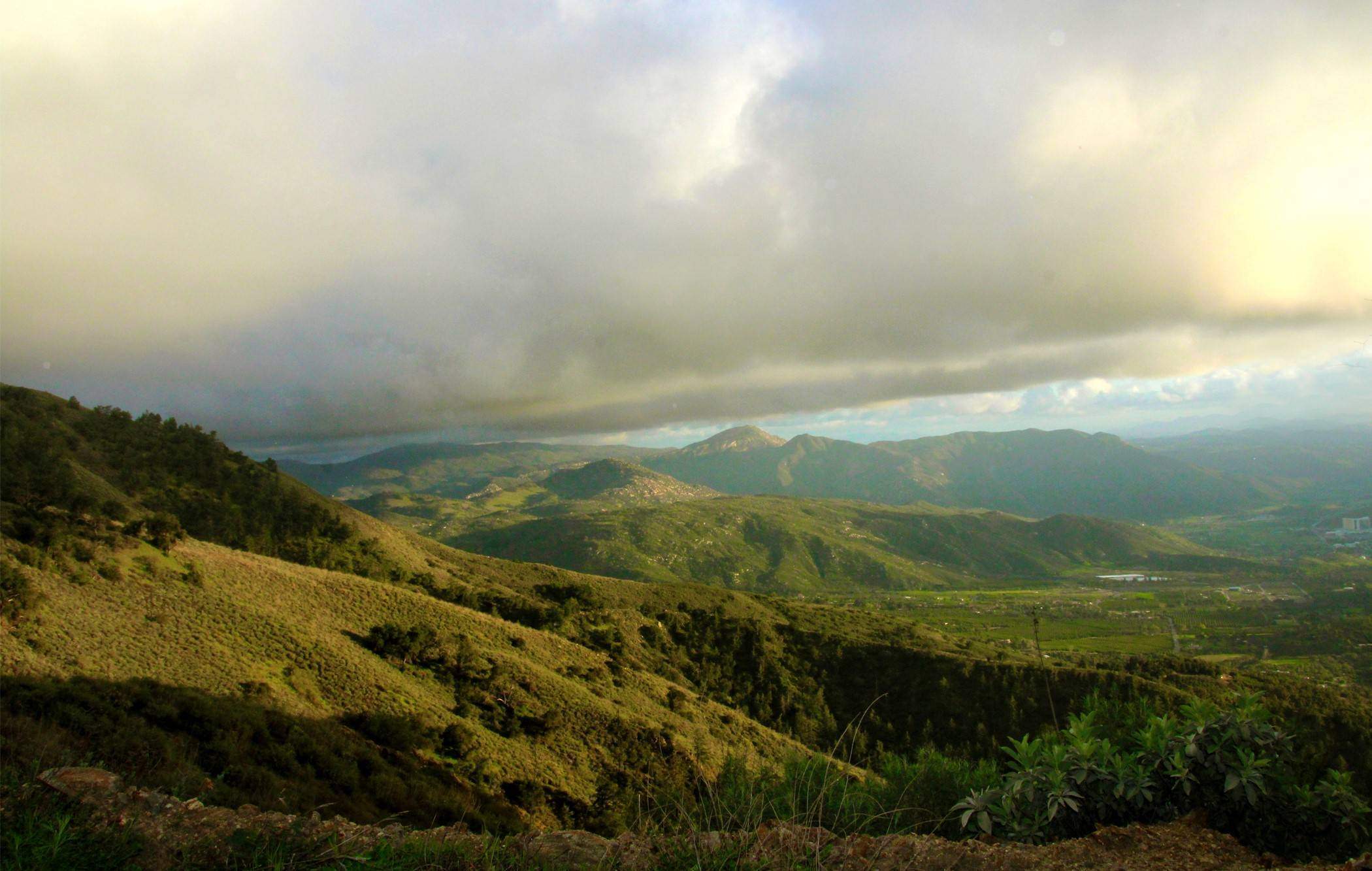 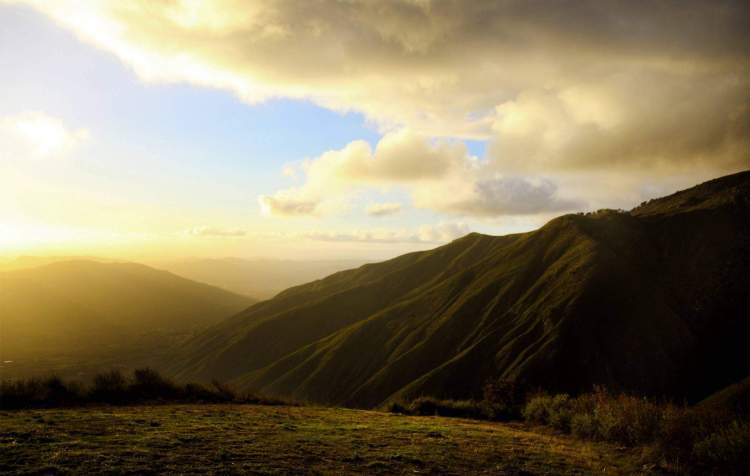 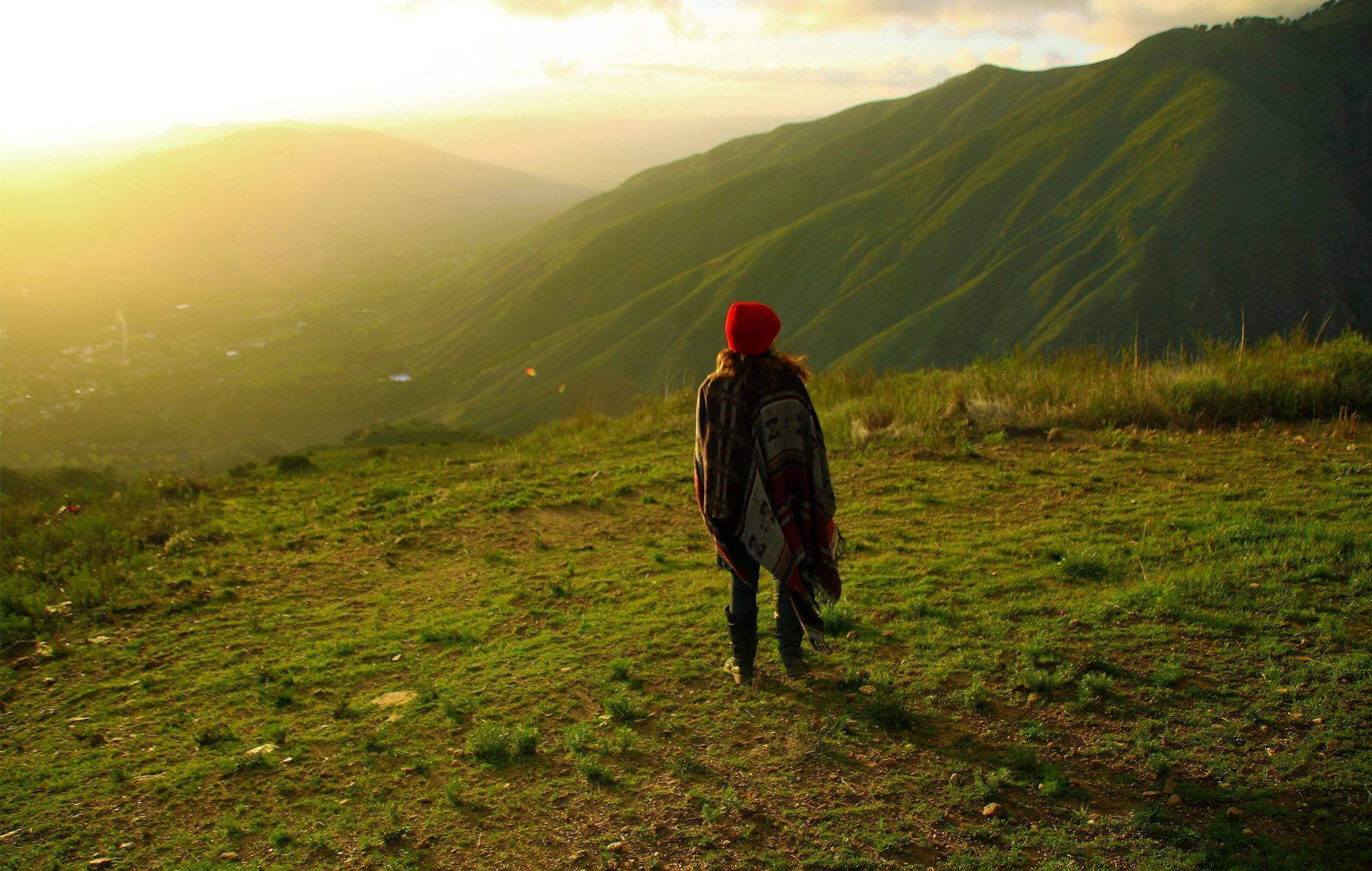 On top of the world with not another person in sight. It was lovely. 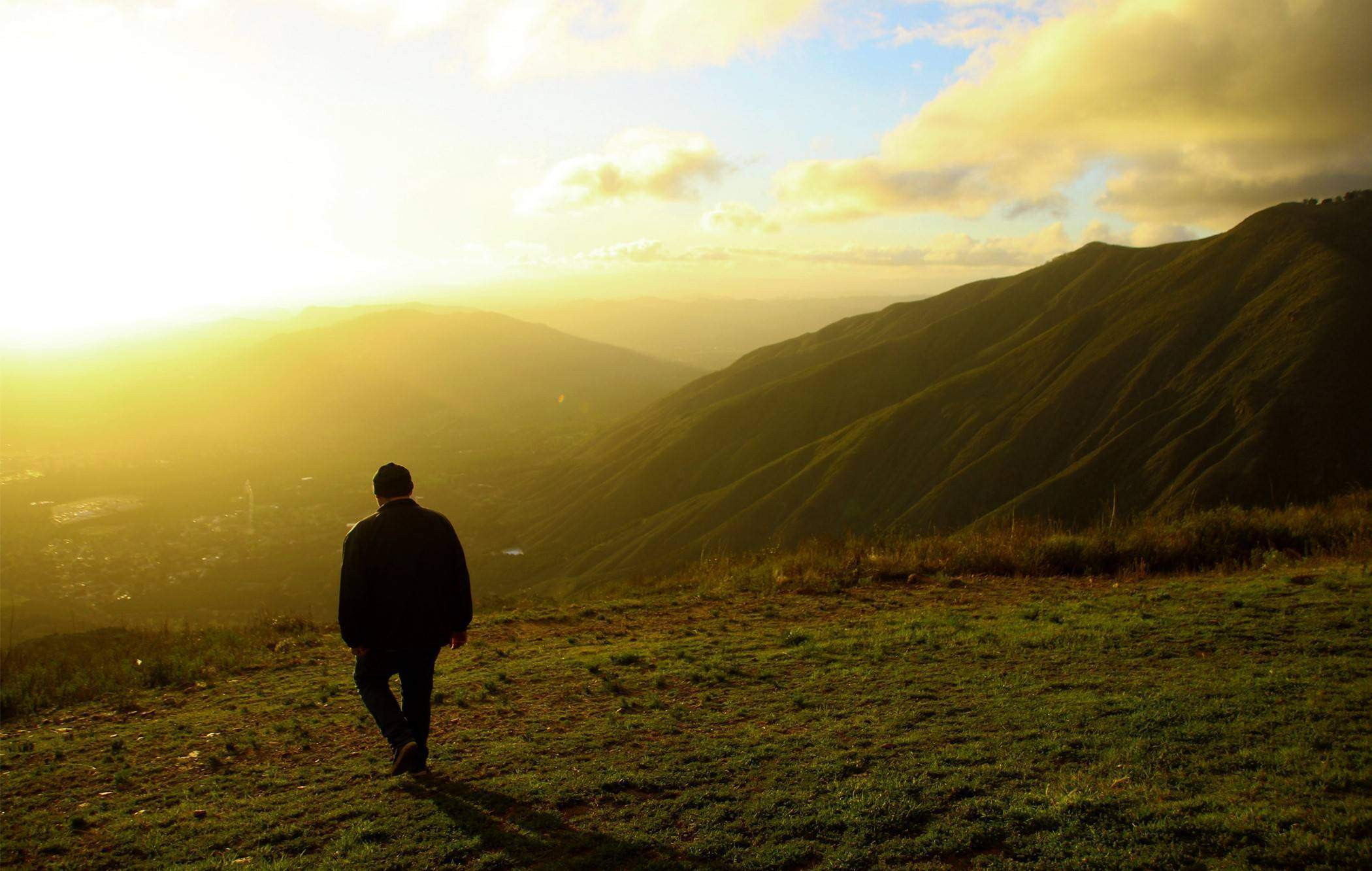 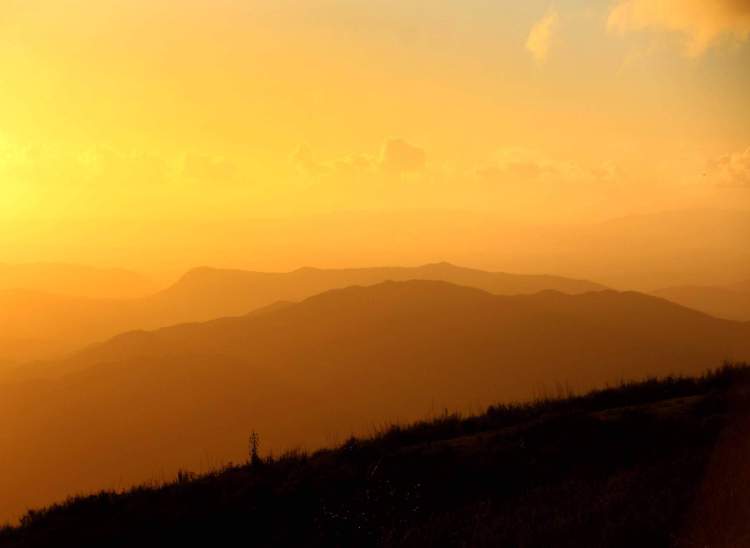 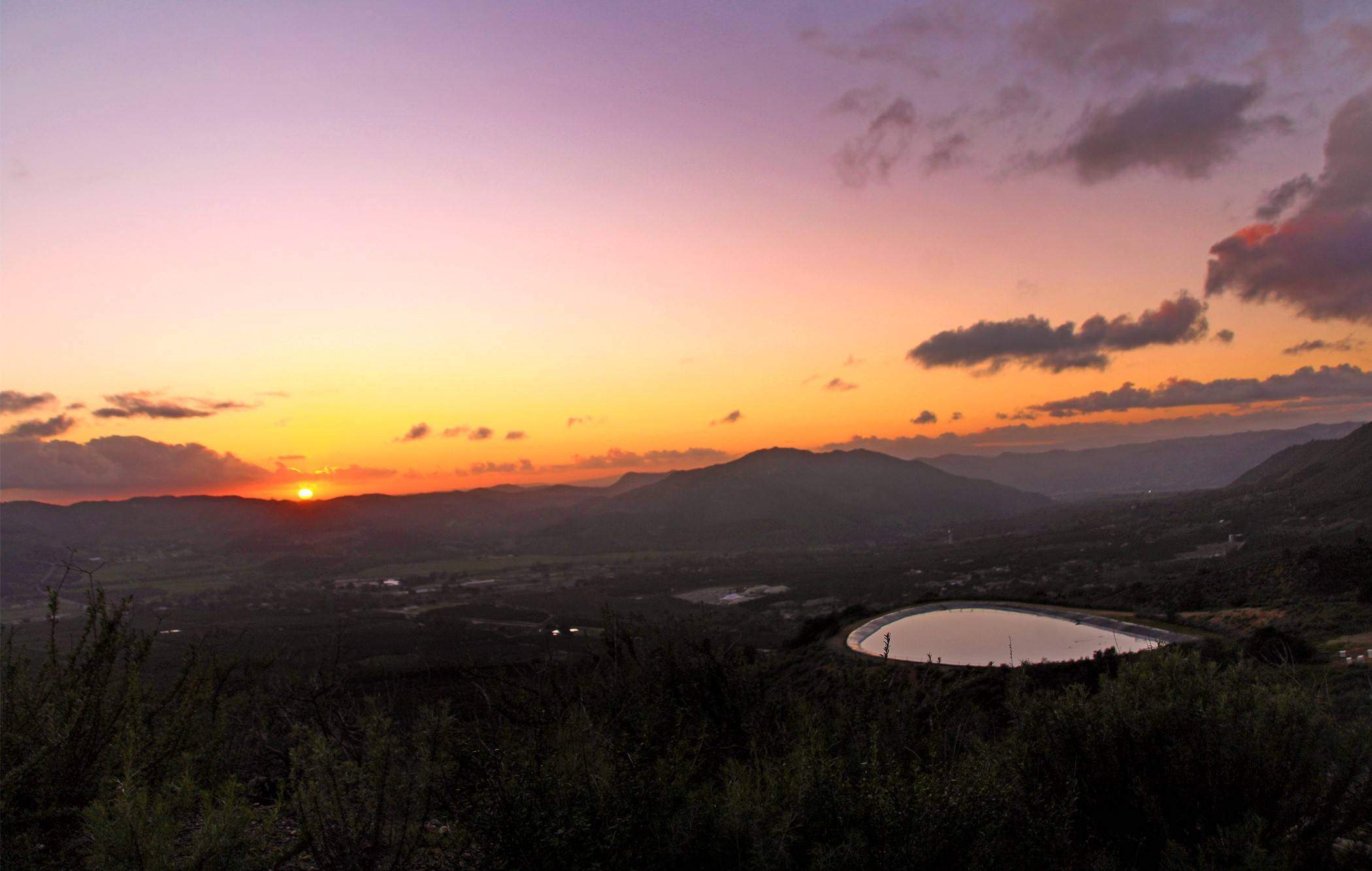 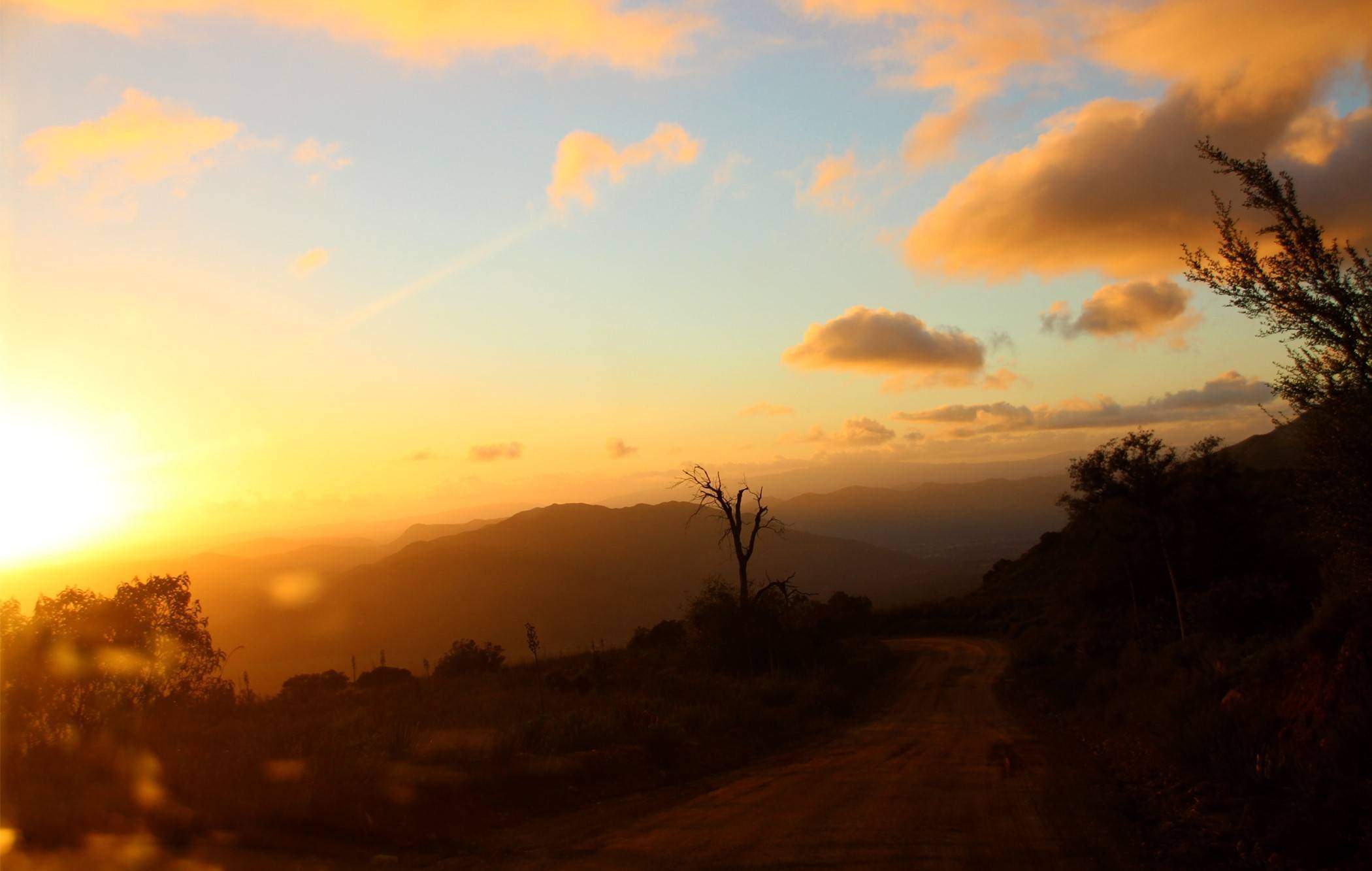