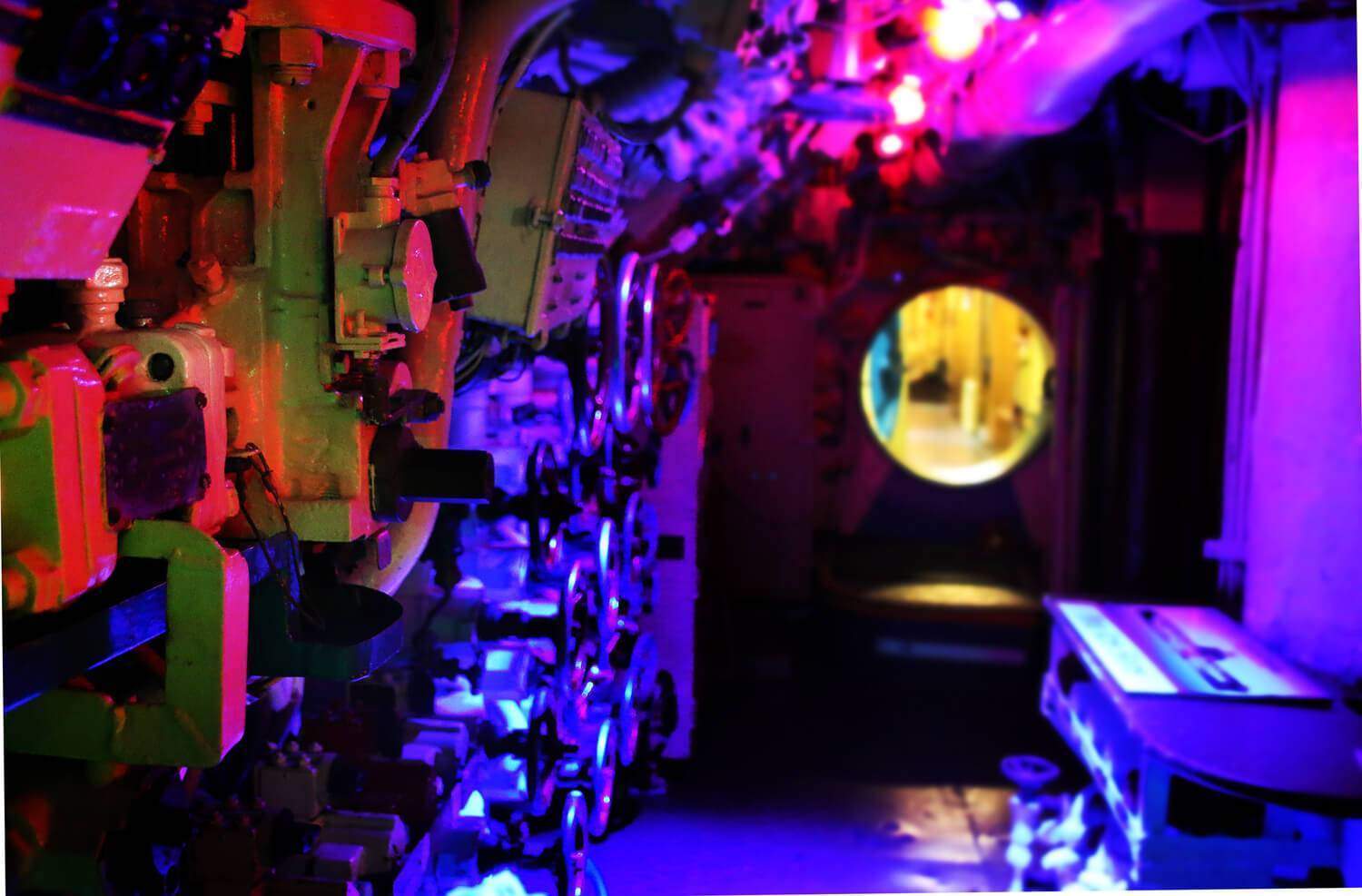 Update: The B-39 Submarine is now permanently closed

NOTE: For the (current) price of $15 you get to explore 11 historic ships and for an additional small fee (currently $3) you can also take a guided 45-minute boat tour of the bay area. It was definitely worth the price!

From Wikipedia: B-39 was a Project 641 (Foxtrot-class) diesel-electric attack submarine of the Soviet Navy. The "B" (actually "Б") in her designation stands for большая (bolshaya, "large") — Foxtrots were the Soviet Navy's largest non-nuclear submarines. B-39 is now a museum ship on display at the Maritime Museum of San Diego, California, United States. 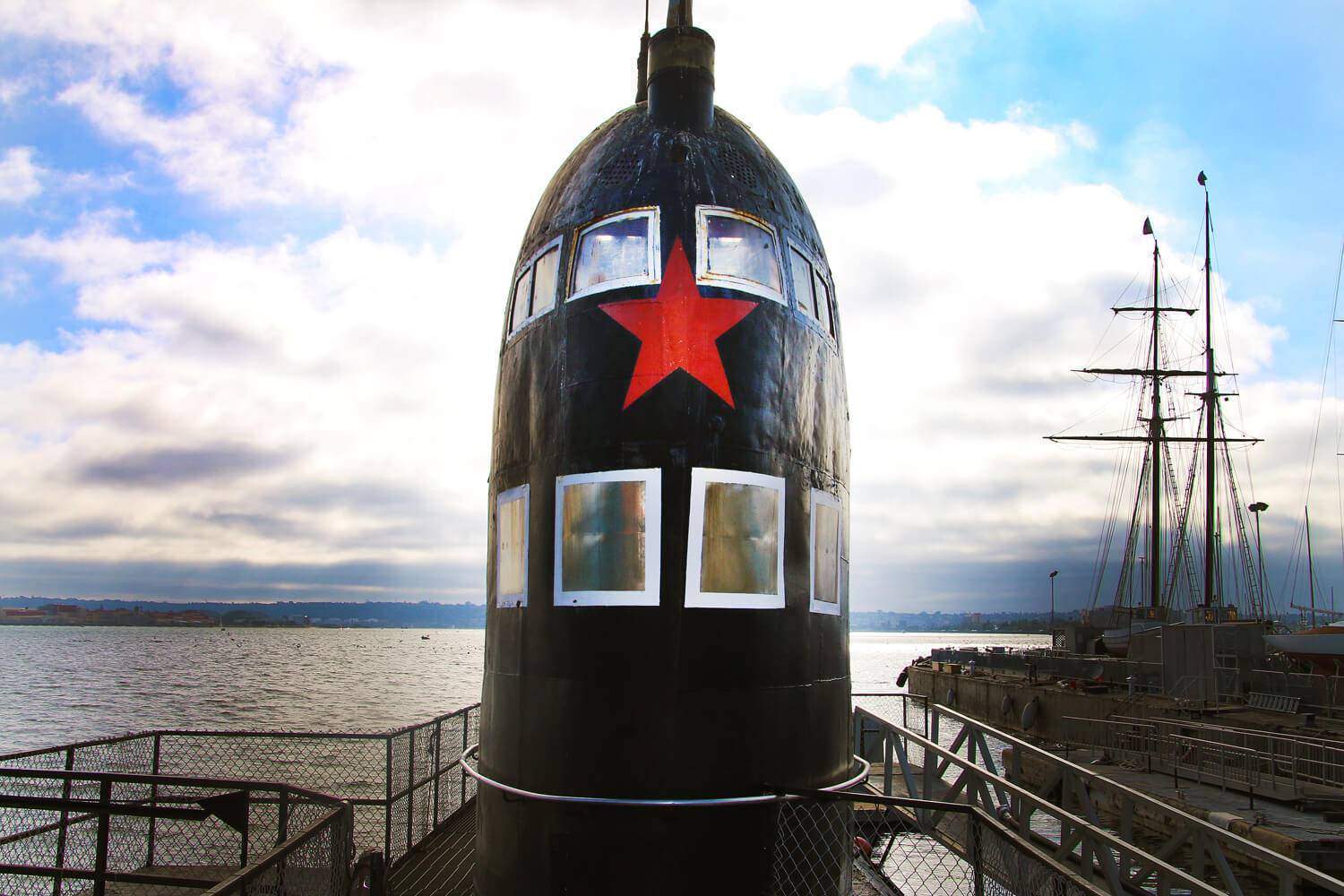 Service history
Her keel was laid down on 9 February 1962 at the Admiralty Shipyard in Leningrad (now known as Saint Petersburg). She was launched on 15 April 1967 and commissioned on 28 December 1967.

Transferred to the 9th Submarine Squadron of the Pacific Fleet, B-39 was homeported in Vladivostok. She conducted patrols and stalked U.S. warships throughout the North Pacific, along the coast of the United States and Canada, and ranging as far as the Indian Ocean and the Arctic Ocean. After the end of the Vietnam War, she often made port visits to Danang. During the early 1970s, B-39 trailed a Canadian frigate through Strait of Juan de Fuca to Vancouver Island.

In 1989 in the Sea of Japan while charging batteries on the surface, B-39 came within 500 yards (457 m) of an Oliver Hazard Perry-class frigate of the US Navy. Both crews took pictures of each other.

Post-USSR history
When B-39 was made a museum the shroud around her attack periscope was cut away where it passes through her control room. As built, a Foxtrot's periscopes are only accessible from her conning tower, which is off-limits in the museum. With the shroud cut away, tourists can look through the partially raised periscope (which is directed toward the USS Midway museum, some 500 yards (460 m) away). However, the unidentified and unexplained change gives the false impression that one periscope could be used from the control room.

Personal Experience: What a unique experience!  How often do you get the opportunity to go on a submarine?!  If you are claustrophobic this may make you feel a little anxious as there are tight squeezes and it can get a little toasty inside.  This sub is filled with history though and definitely something everyone should experience at least once in their lives. 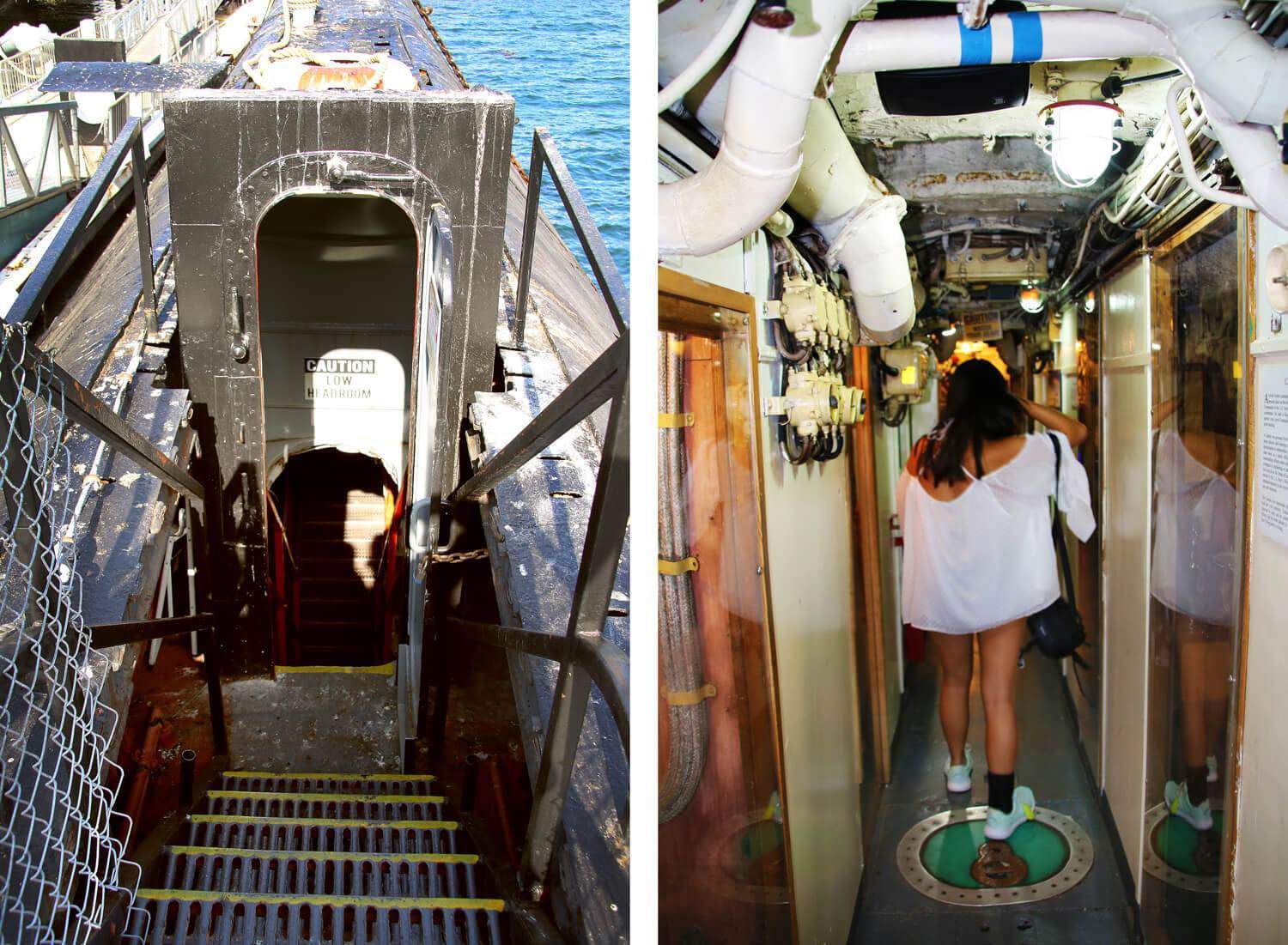 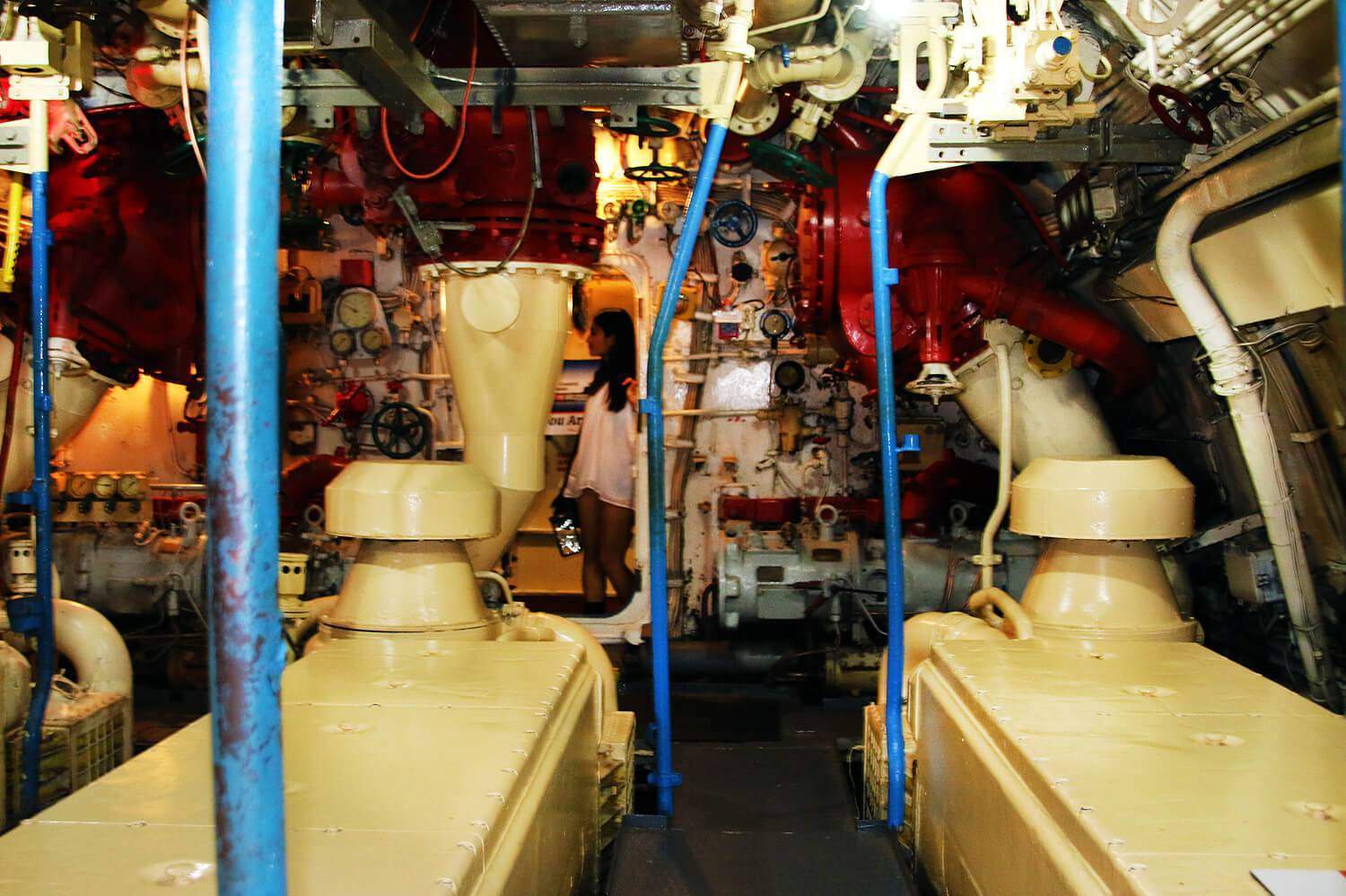 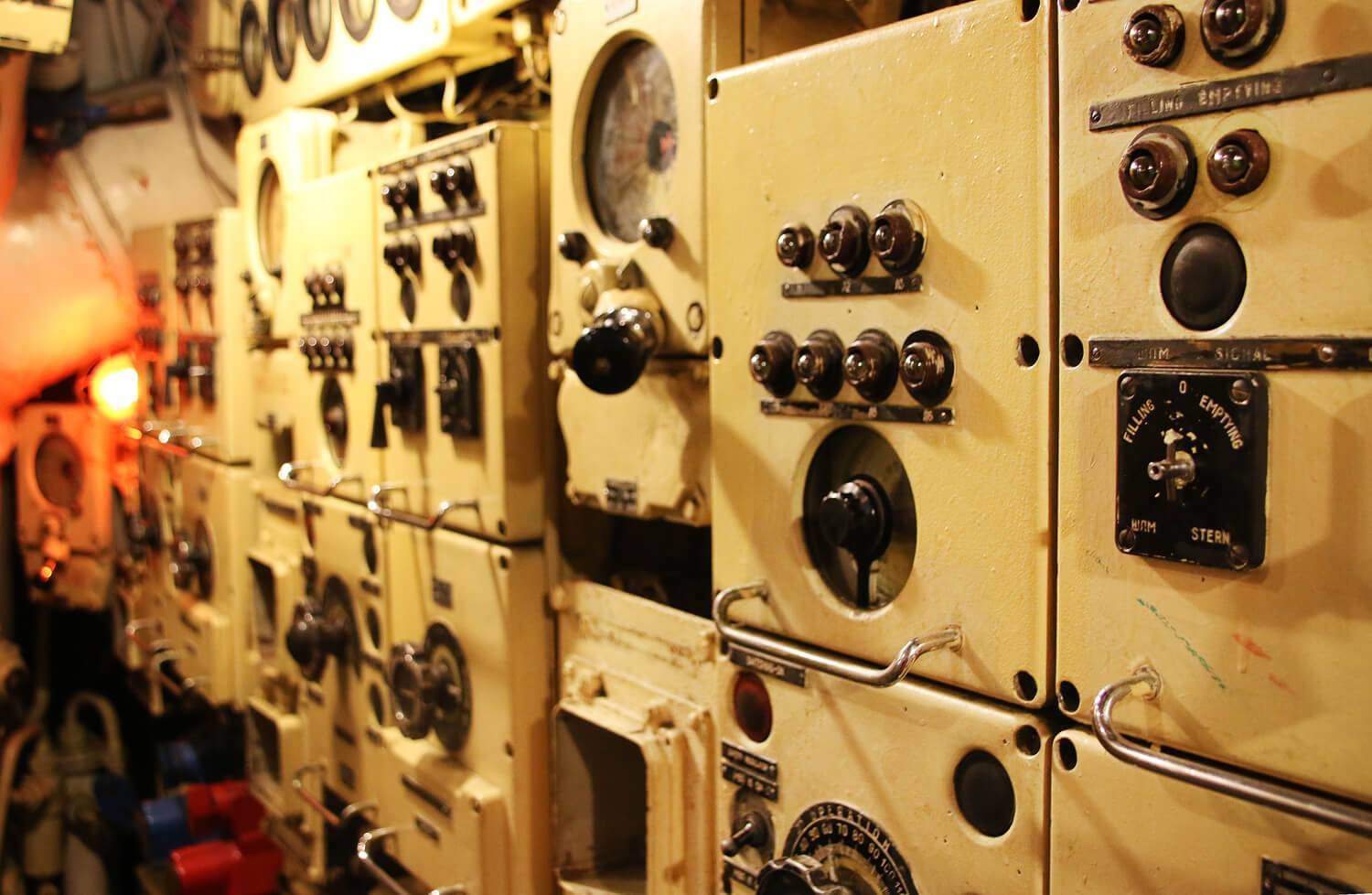 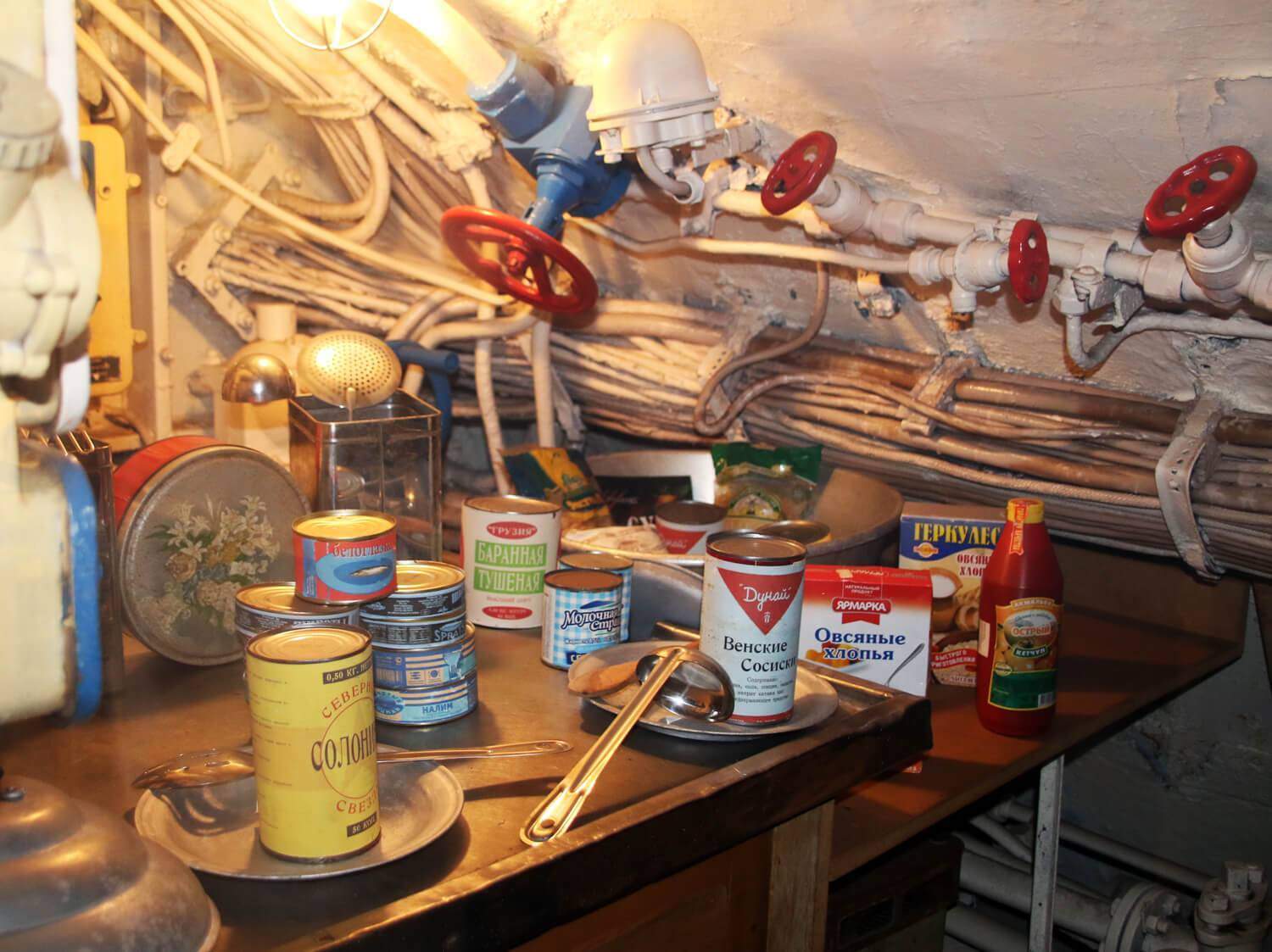 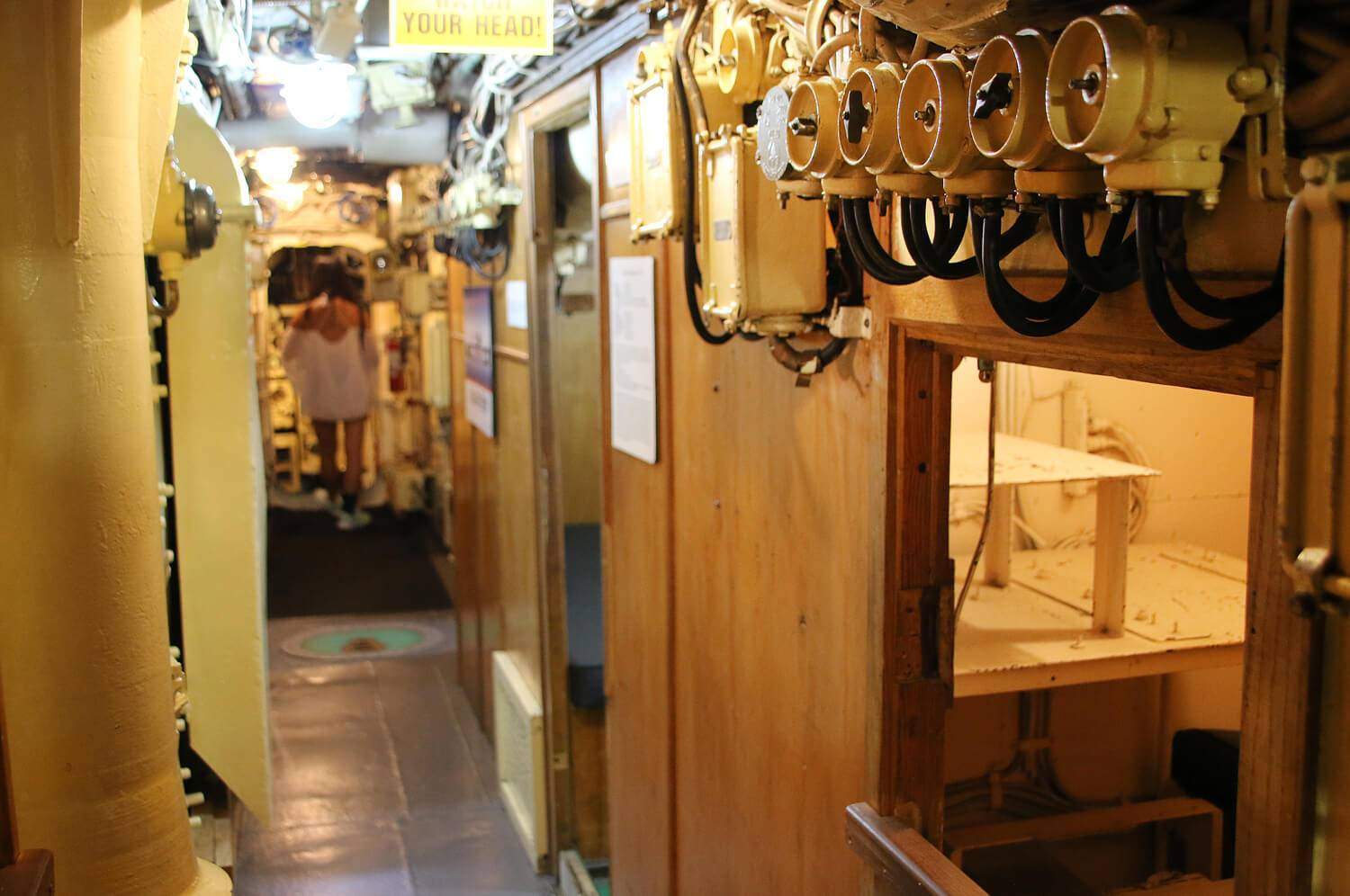 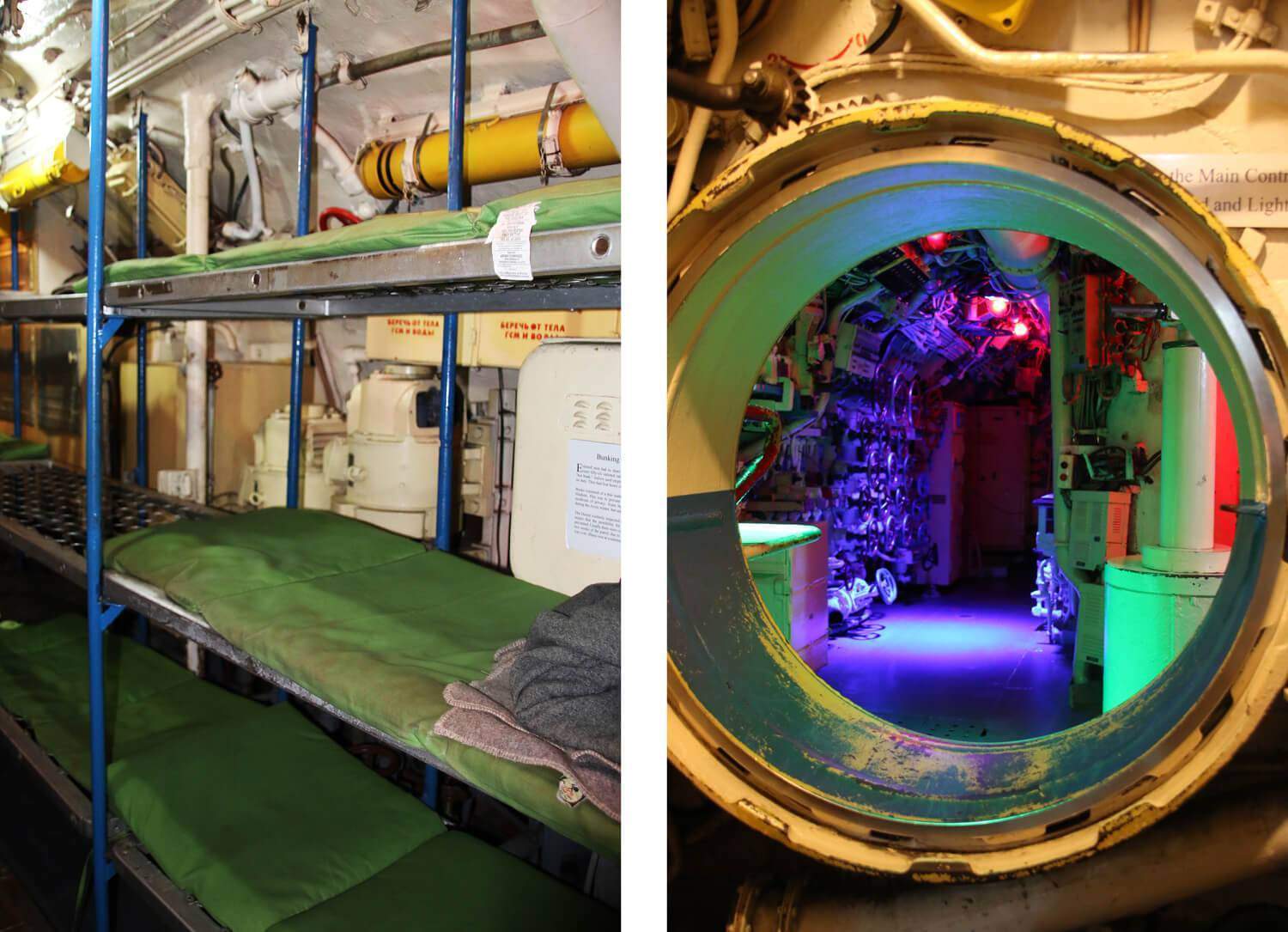 Talk about great lighting in the room.  How fun! 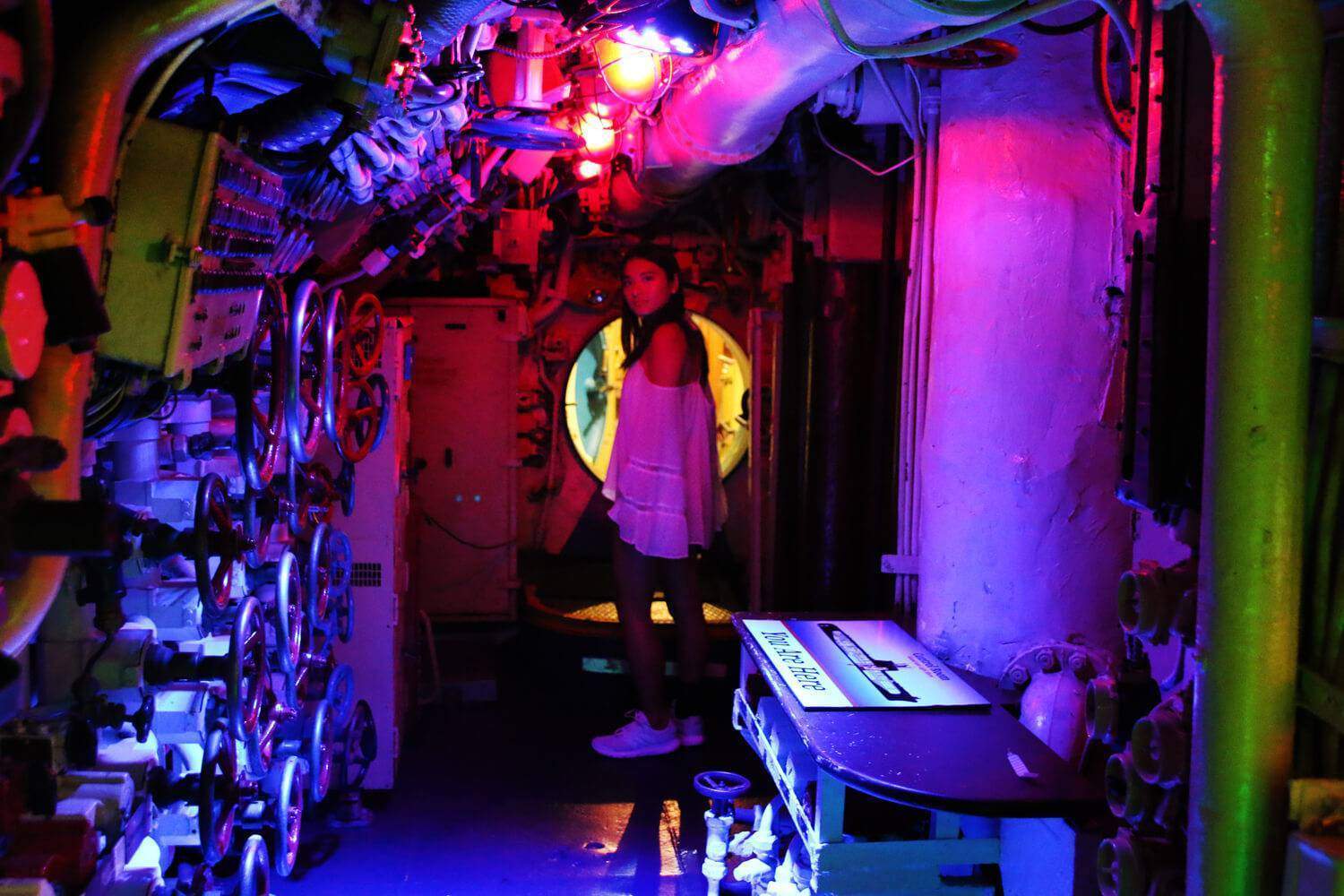 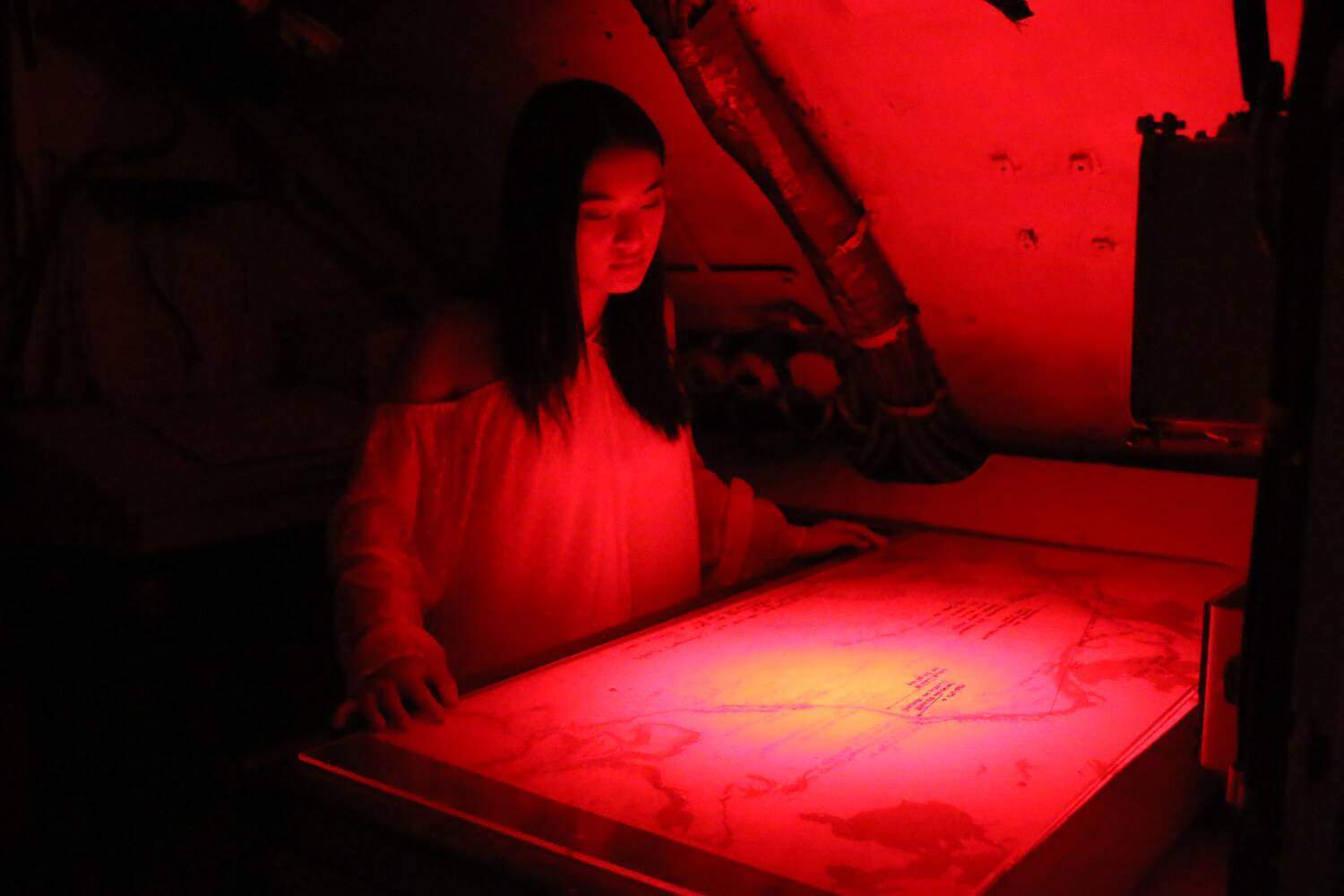 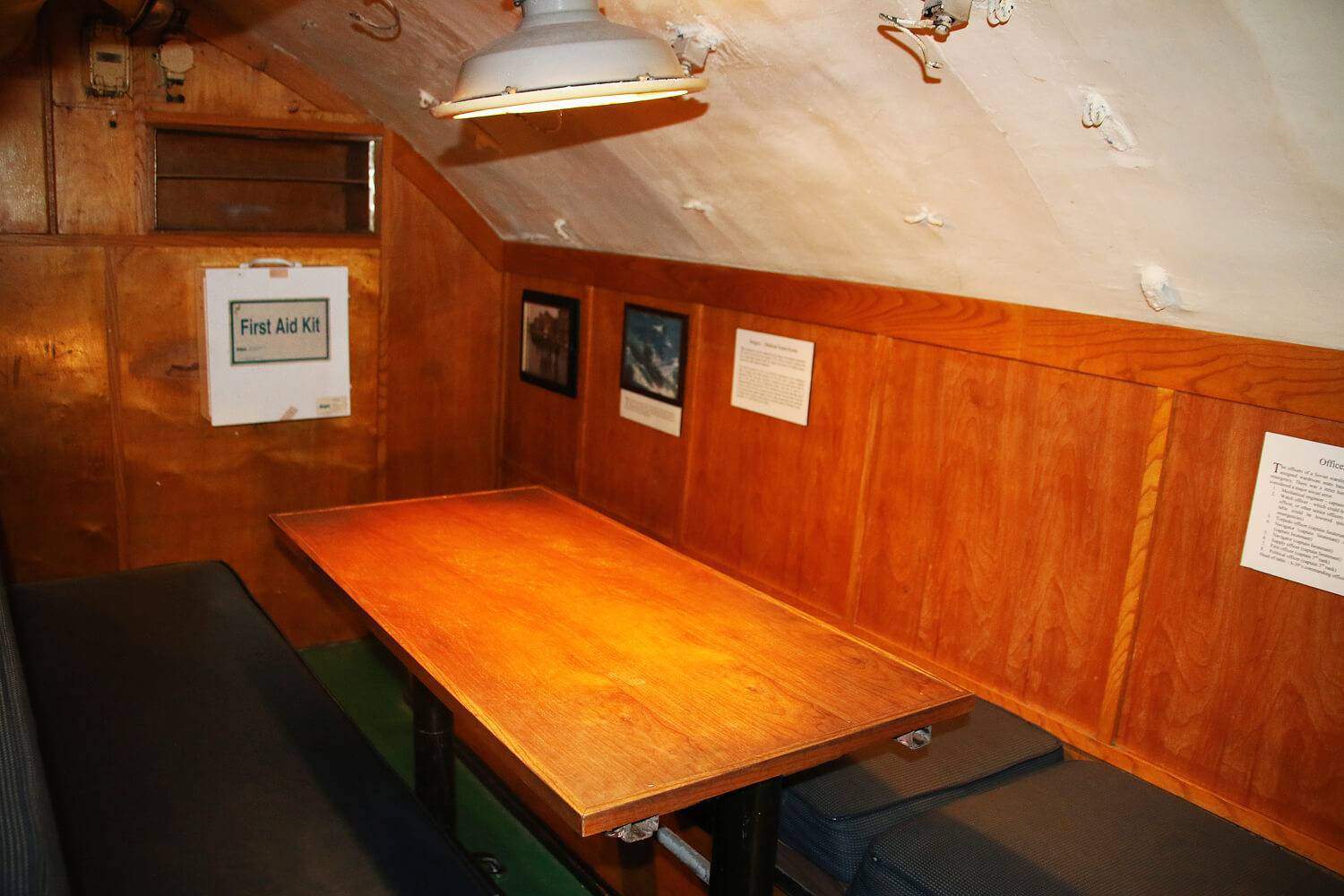 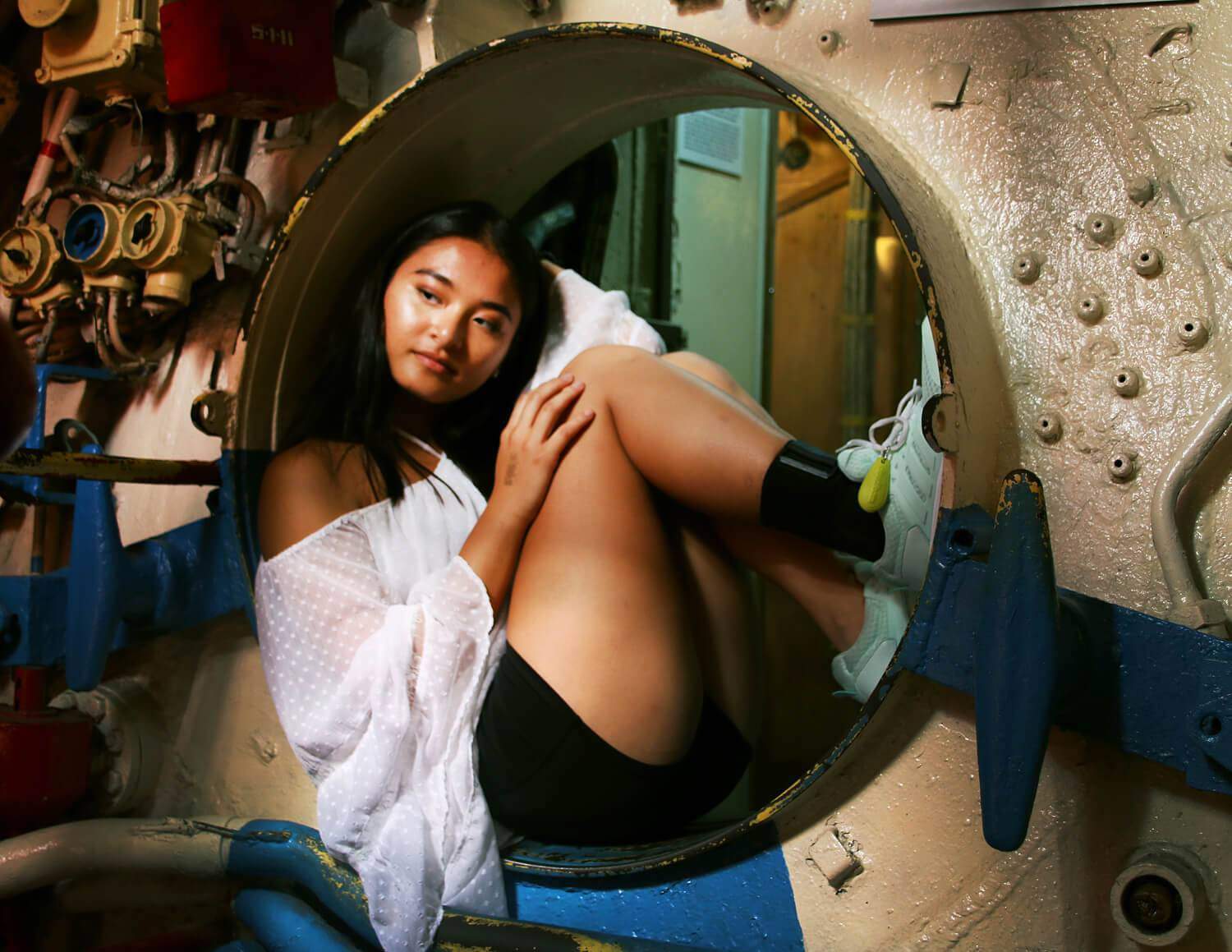 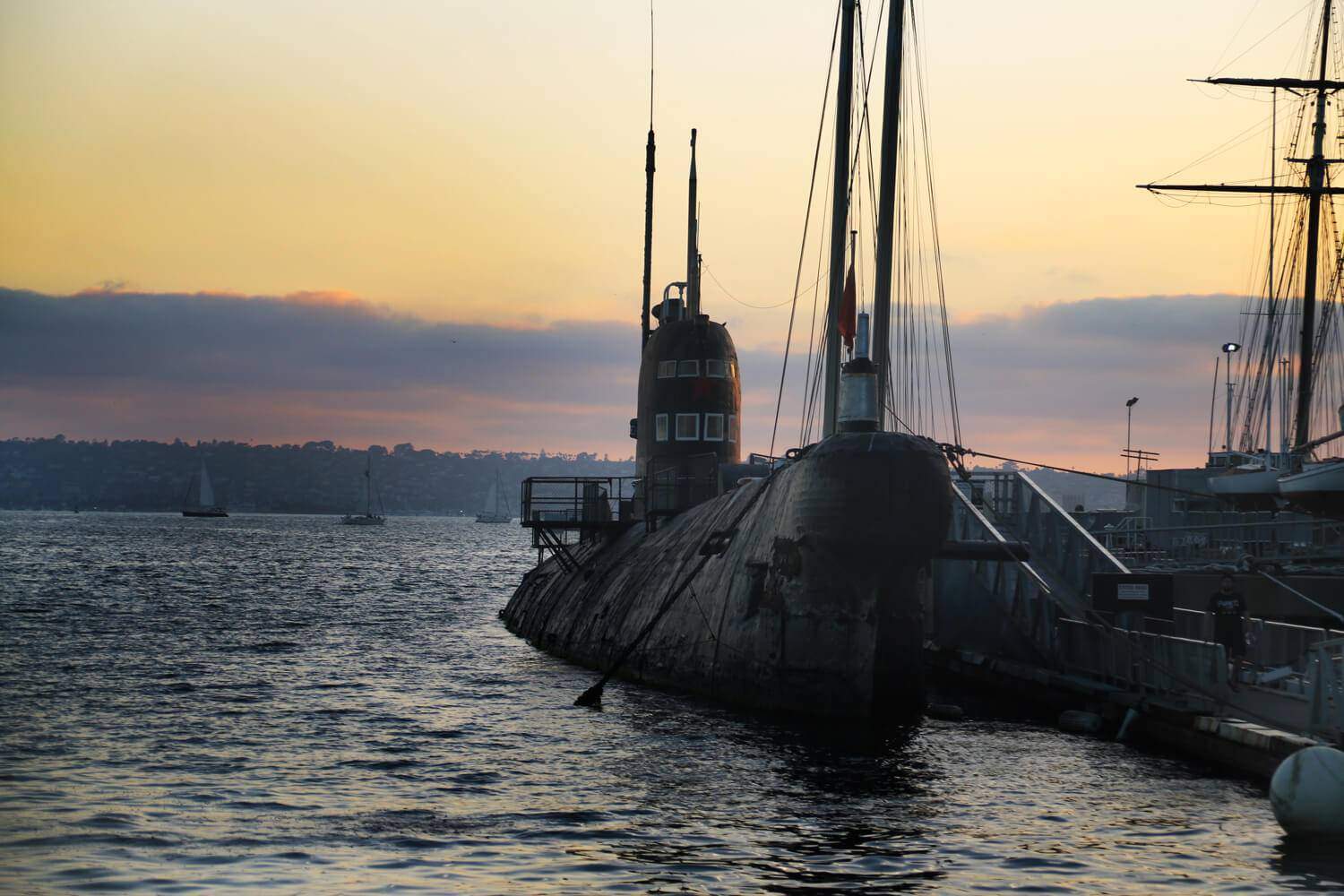