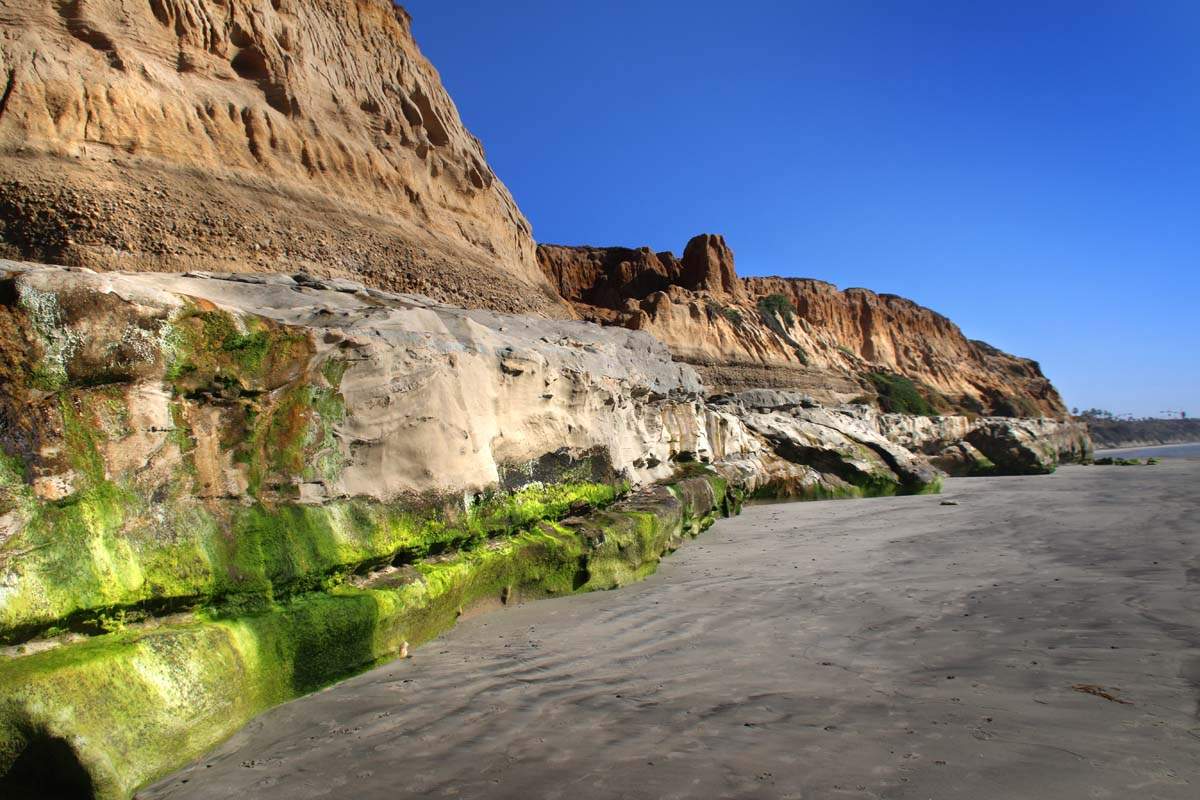 **THIS IS AN ONGOING PAGE OF UNIQUE HIKES AND PLACES TO EXPLORE IN CARLSBAD** If you are a business and feel like you should be included in our list, please shoot us an email: [email protected]!

Carlsbad is one of San Diego’s northern, coastal towns. In the 1880s a sailor named John Frazier dug a well in the area and began offering his water to sailors that were making the train stop.  After digging a second well and having it tested, it was soon realized that the water to be chemically similar to that found in some of the most renowned spas in the world.  It was then that the town received its name after a famed spa in the Bohemian town of Karlsbad.

This is a beautiful coastal town that holds plenty of its own little gems.  Check out our official guide below of the Top Hidden Gems in Carlsbad!

TIP: After you finish this article, make sure to read our guide on the Hidden Gems of Balboa Park!

This is a great place for a leisure walk.  It is incredibly dog and kid-friendly.  The nature center offers an educational insight into the lagoon with plant and animal information.  Make sure to pick up a pamphlet at the center to help you identify different plants on your walk!  We found a tunnel for those of you into that thing.  It seems to go pretty far.  Please comment if you know where it ends up! 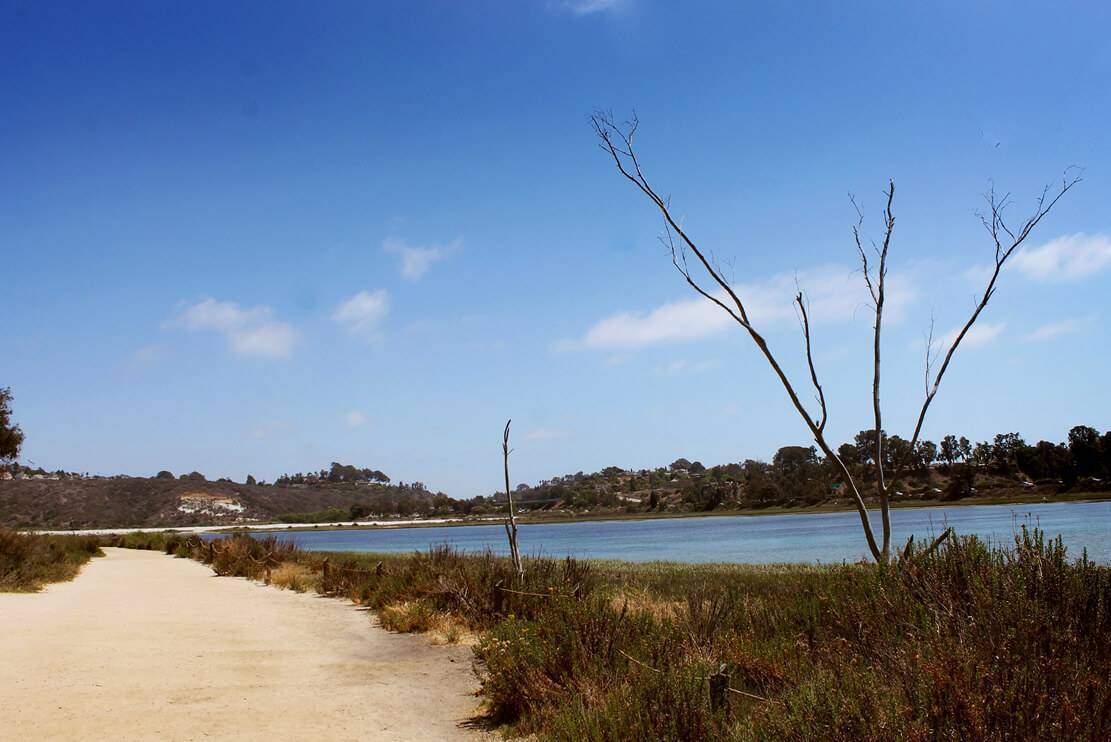 I bet this may come as a surprise to many, but San Diego has its own volcano that was active 15 million years ago! But that is not all. This area also boasts a lake and dam dating back to the World War II era, multiple stone labyrinths and even a cave! 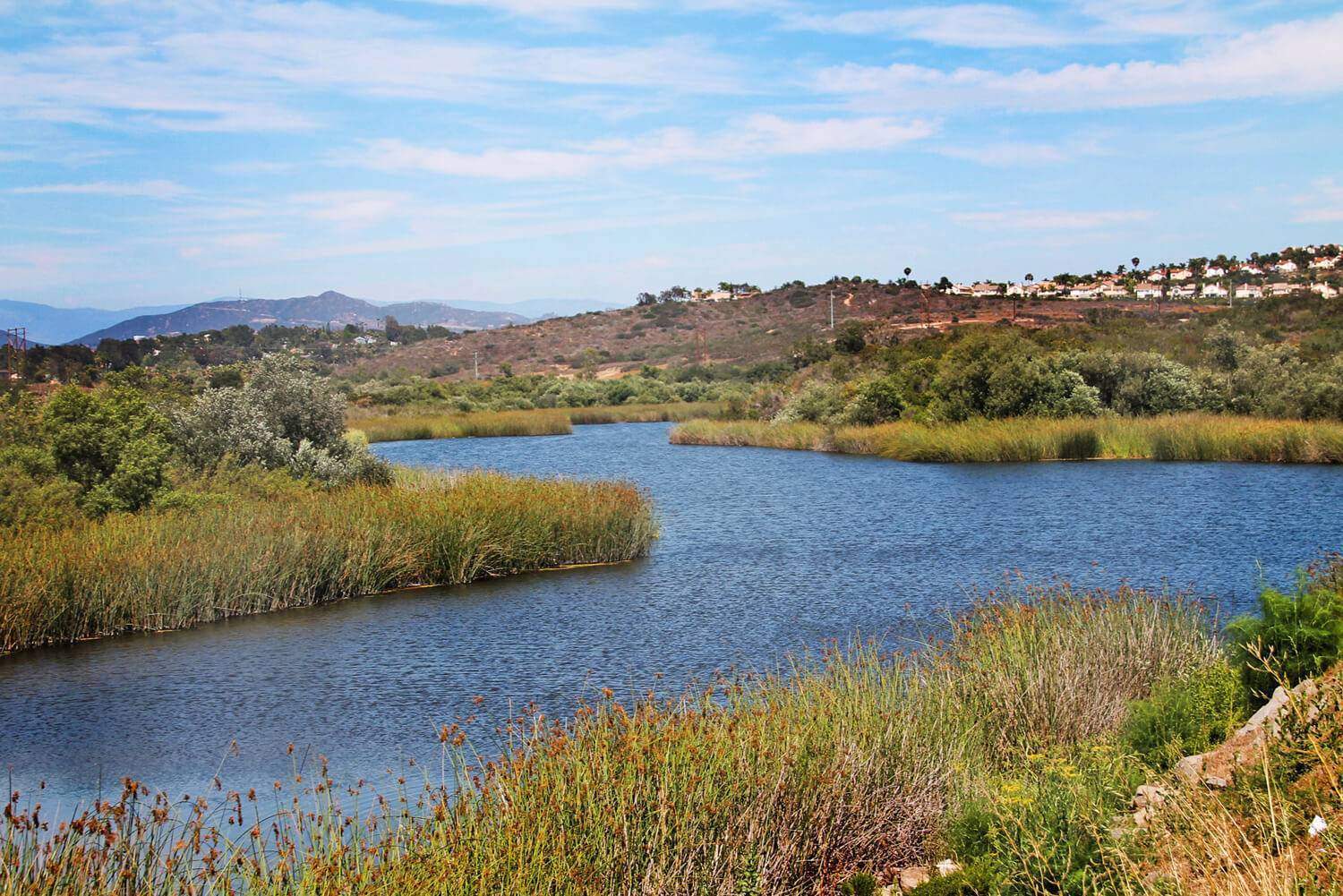 Established in 1910 Captain Charles Kenneth is the only authentic speakeasy bar in San Diego that I know of. During the Prohibition era of the 1920s and ’30s, one of Carlsbad’s most famous Victorian homes was providing a secret space for people to booze and socialize.  The man behind it was Eddie Ketner. 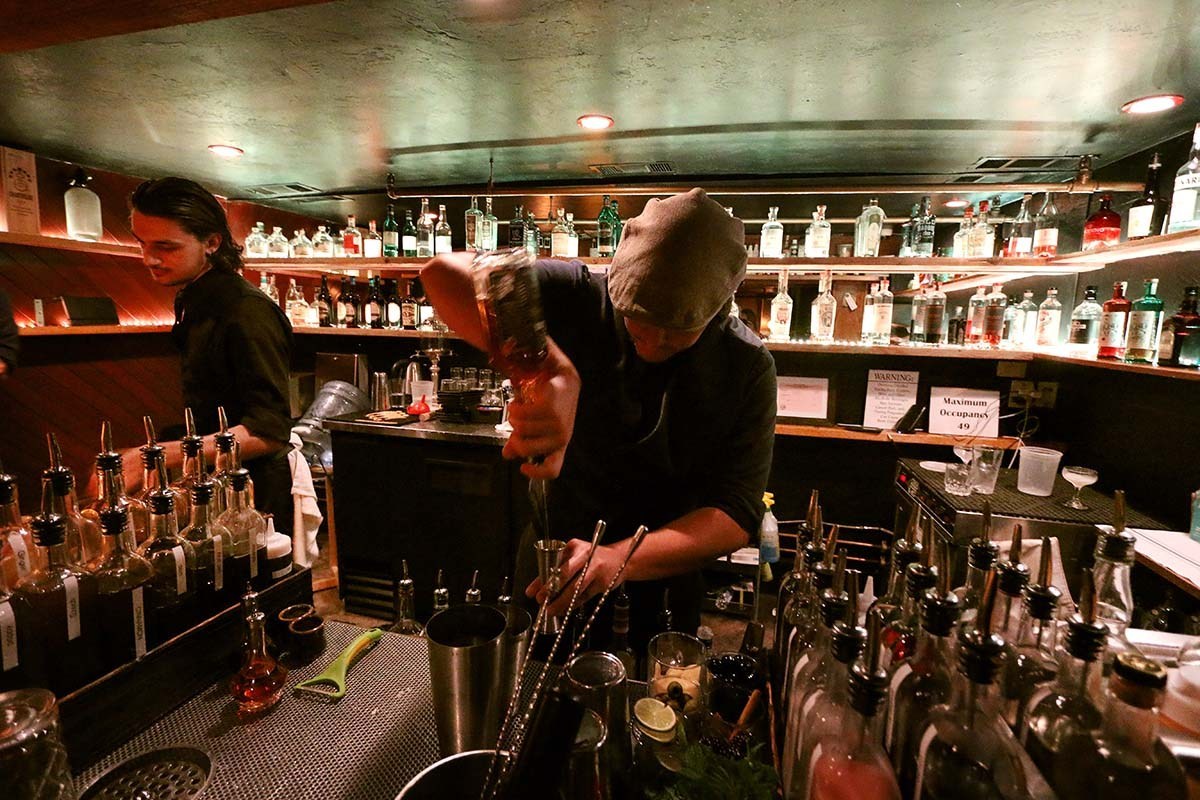 Carlsbad has an extremely photogenic coastline with a few tiny caves to add some foreground to your photographs.  Although the caves not nearly as impressive as La Jolla’s caves & coves or even Sunset Cliffs, it’s definitely worth a day trip!  We originally came out here in search of a cave called Sarah’s Cavern.  I’m not positive we found it but it did look similar to the photos we saw online! 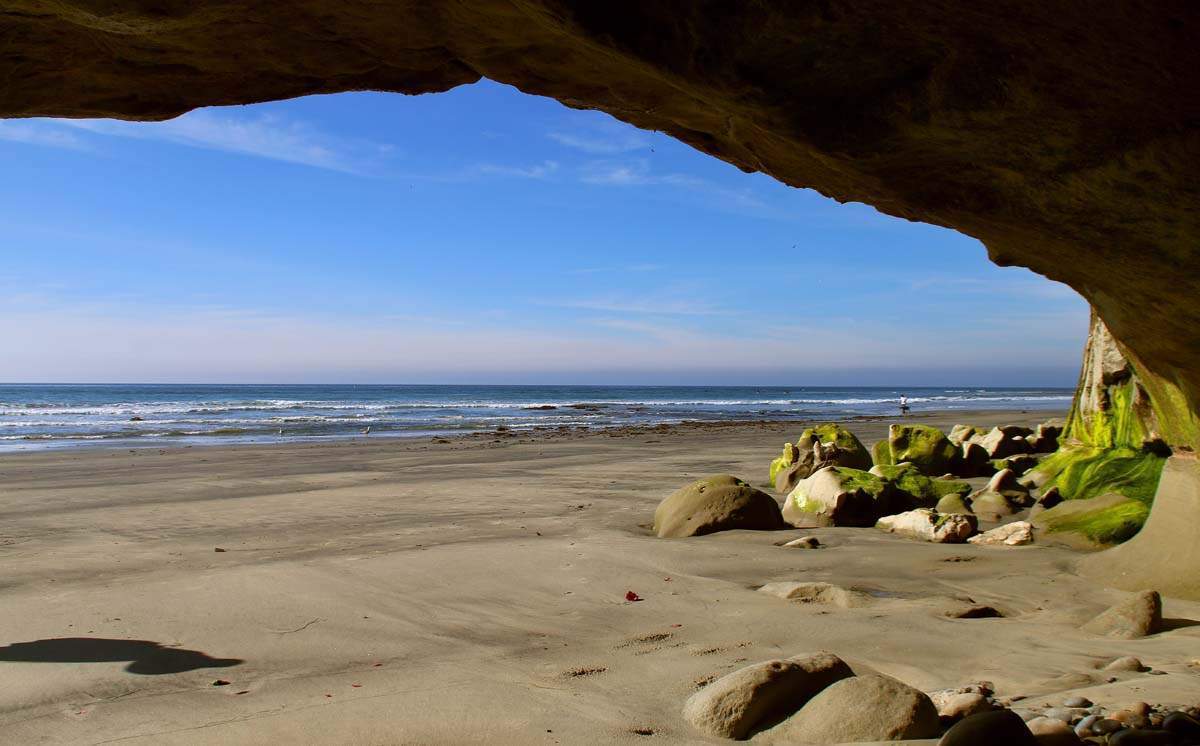 Copper Creek Falls & Mine is located in the woods of San Elijo. It holds remains of an old dam, some blasted mine shafts, and a couple of waterfalls. This area was used to mine copper in the early 1900s by the Encinitas Mining Company. Nearby lays the two small waterfalls which are right below and amongst old, structural ruins. The dam is rumored to be where the miners would clean the ore before transporting it. 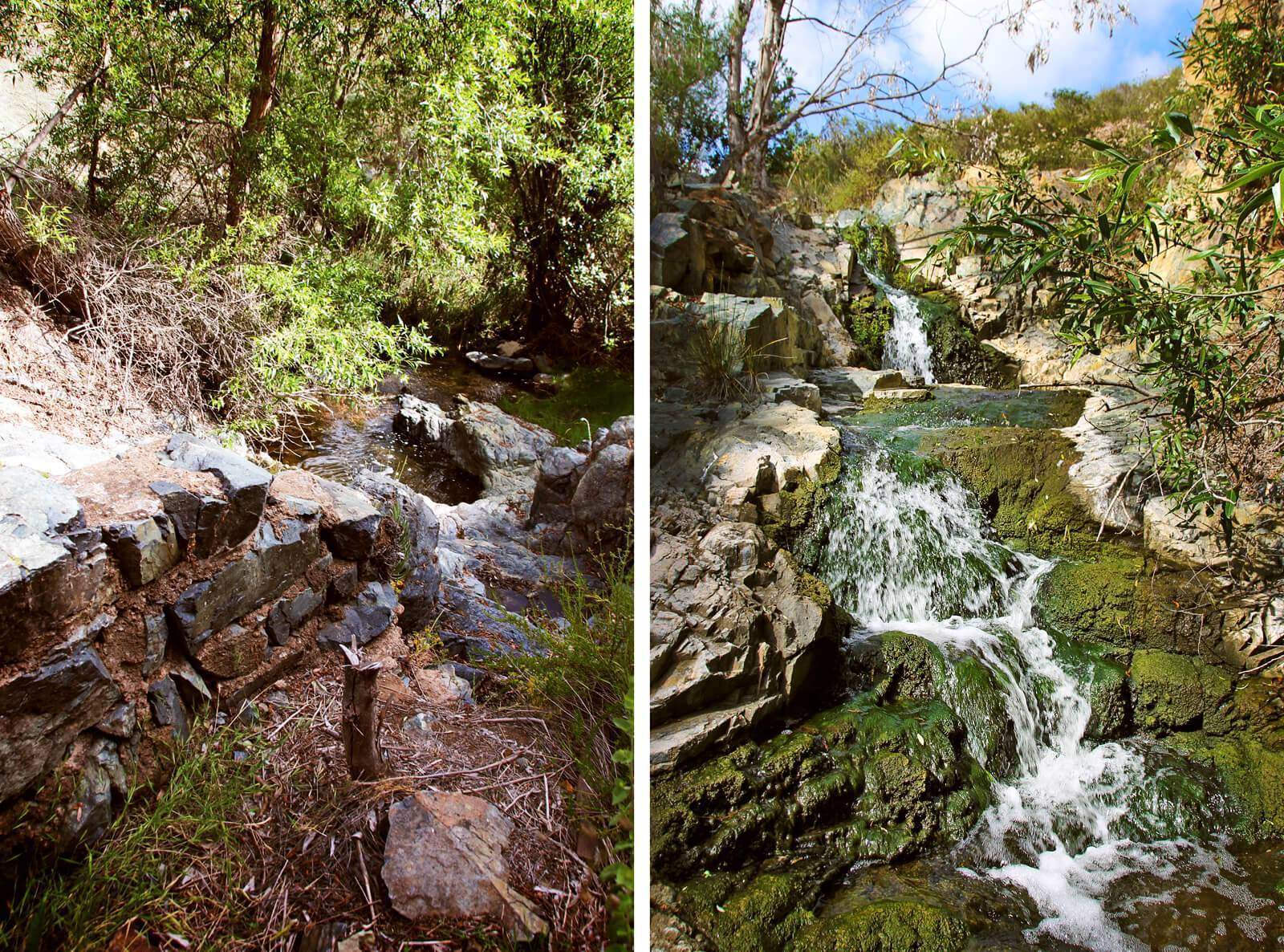 Hosp Grove was founded by a group of investors called The Hosp Eucalyptus Corp in 1908. They planted 219 acres of trees in this Carlsbad grove hoping they could be harvested & sold to the Santa Fe Railroad as railroad ties. Much of the grove has been sold off, but what remains are fun, forested trails with plenty of inclines and twists & turns. 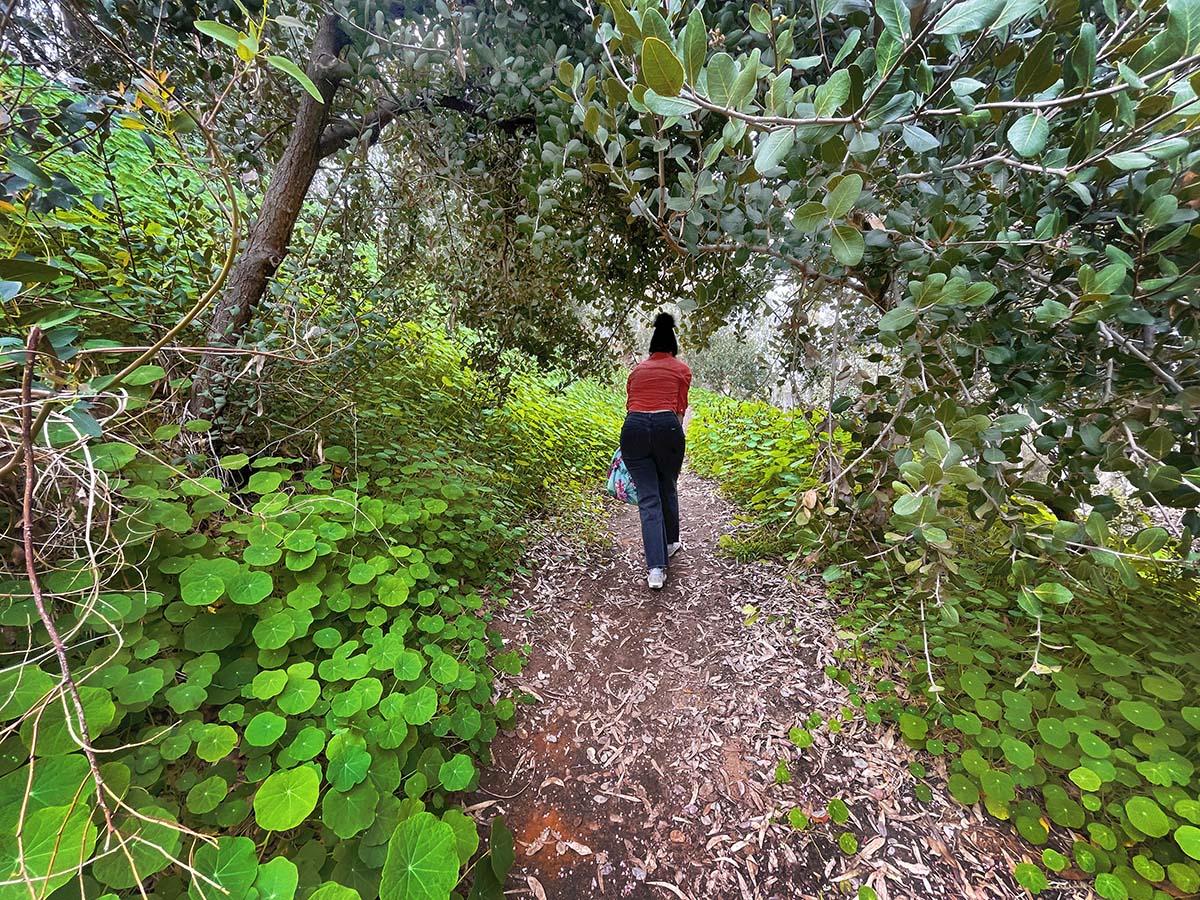 Lhooq (pronounced “look”) is a nonprofit underground artist and activist venue. Home too rare and extraordinary books from all walks of life. While rare books are their focus Lhooq also hosts some unique events, live music, and movie nights that are sure to leave you wanting more. 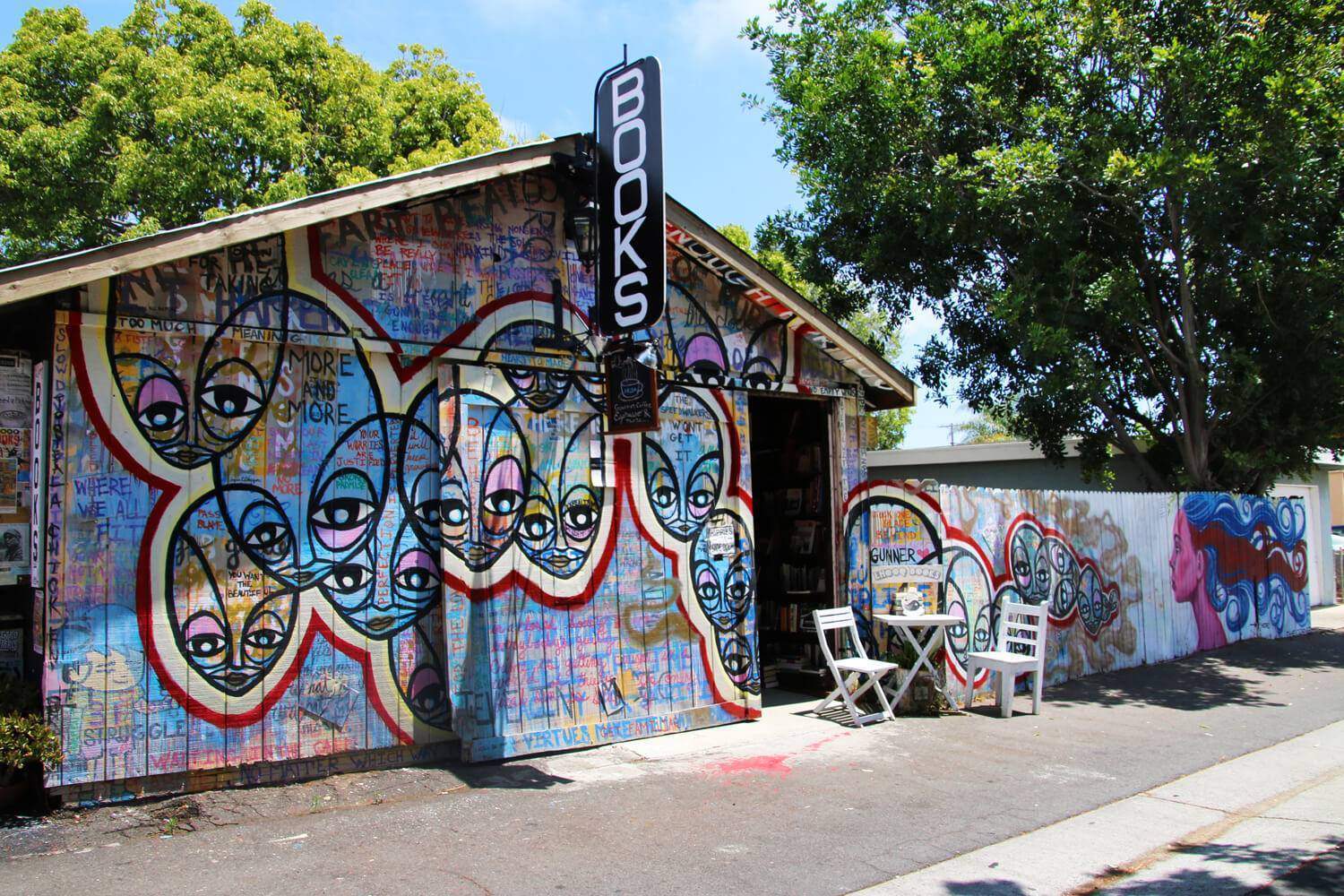 Previously owned and established by screen actor Leo Carrillo who portrayed the role of Pancho; Cisco’s sidekick in the western television show called “The Cisco Kid. This luscious 27-acre ranch is now owned and maintained by the City of Carlsbad and connects to the citywide trails system via the 4-mile long Rancho Carrillo trail. 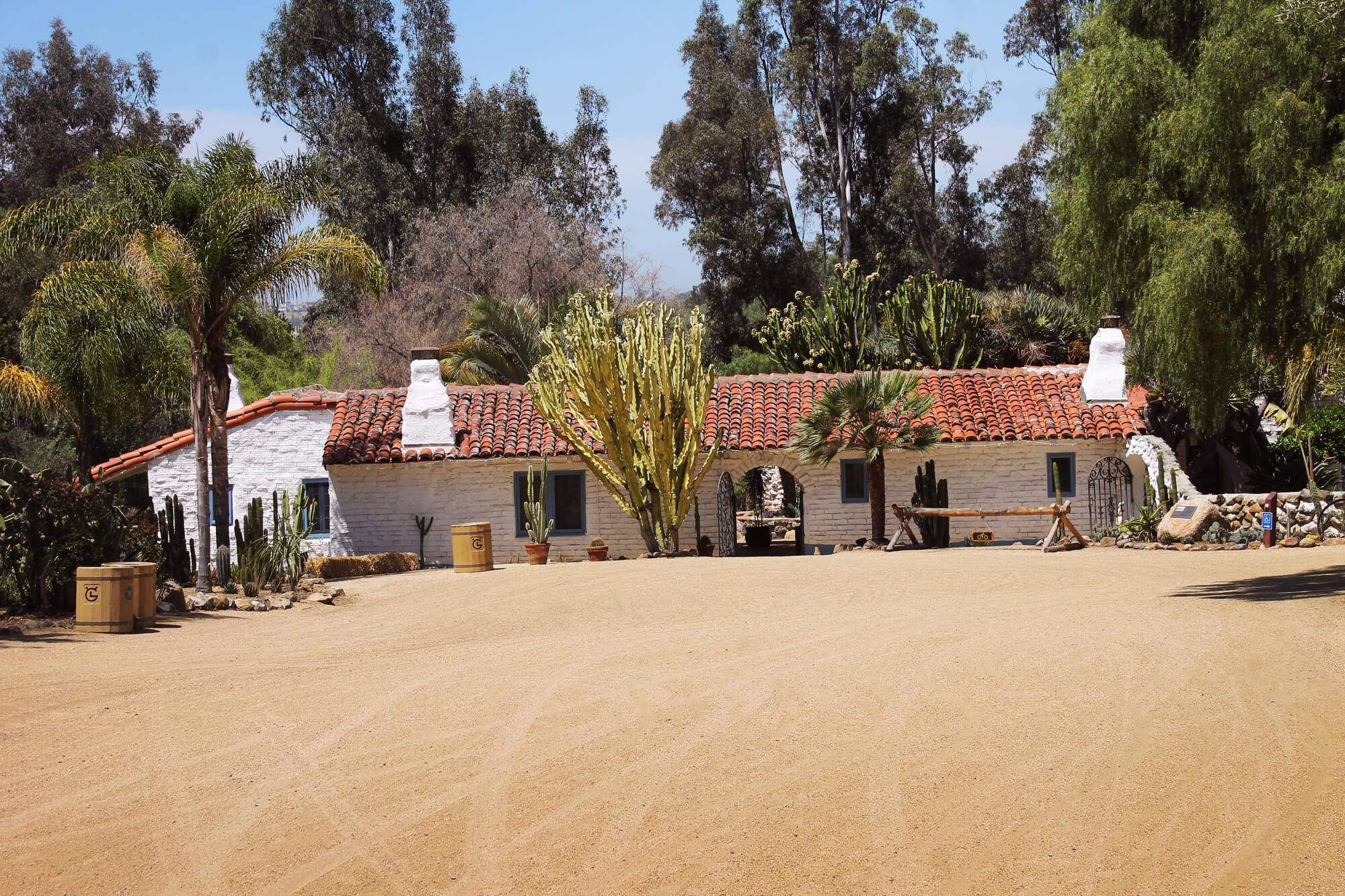 American Indians, a local rancher, and a descendant of the missionary scout who discovered the mouth of the San Francisco Bay. This is what awaits you on this short adventure in San Marcos. Drive a little to fast or even blink on Rancho Santa Fe Rd and you might miss one of San Diego’s smallest graveyards built on a median strip with some deep local history. 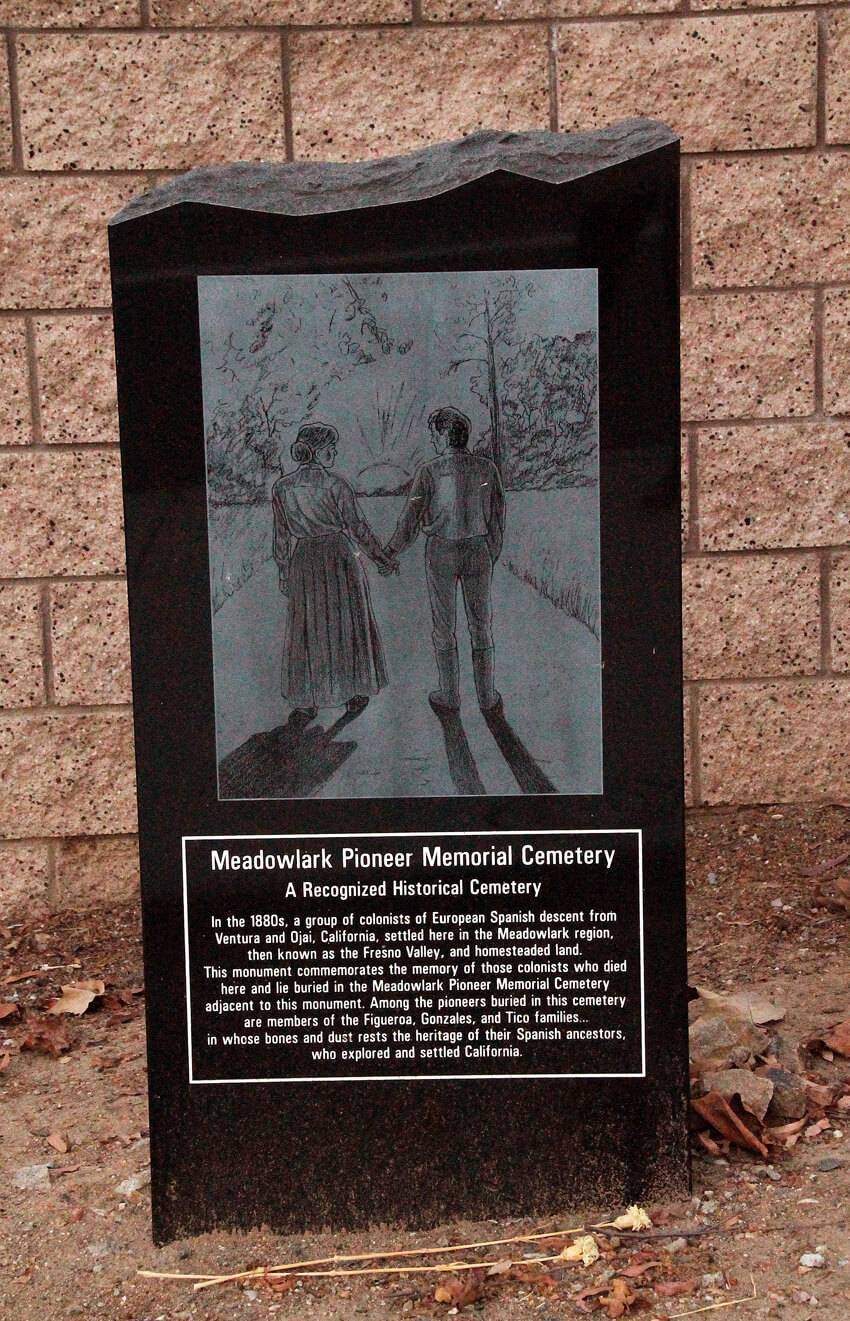 The beautiful Bressi Ranch neighborhood goes ALL OUT for Halloween complete with themed streets such as the Pirates of Peppertree Way.  I’ve heard they also go all out for Christmas but have yet to visit yet. 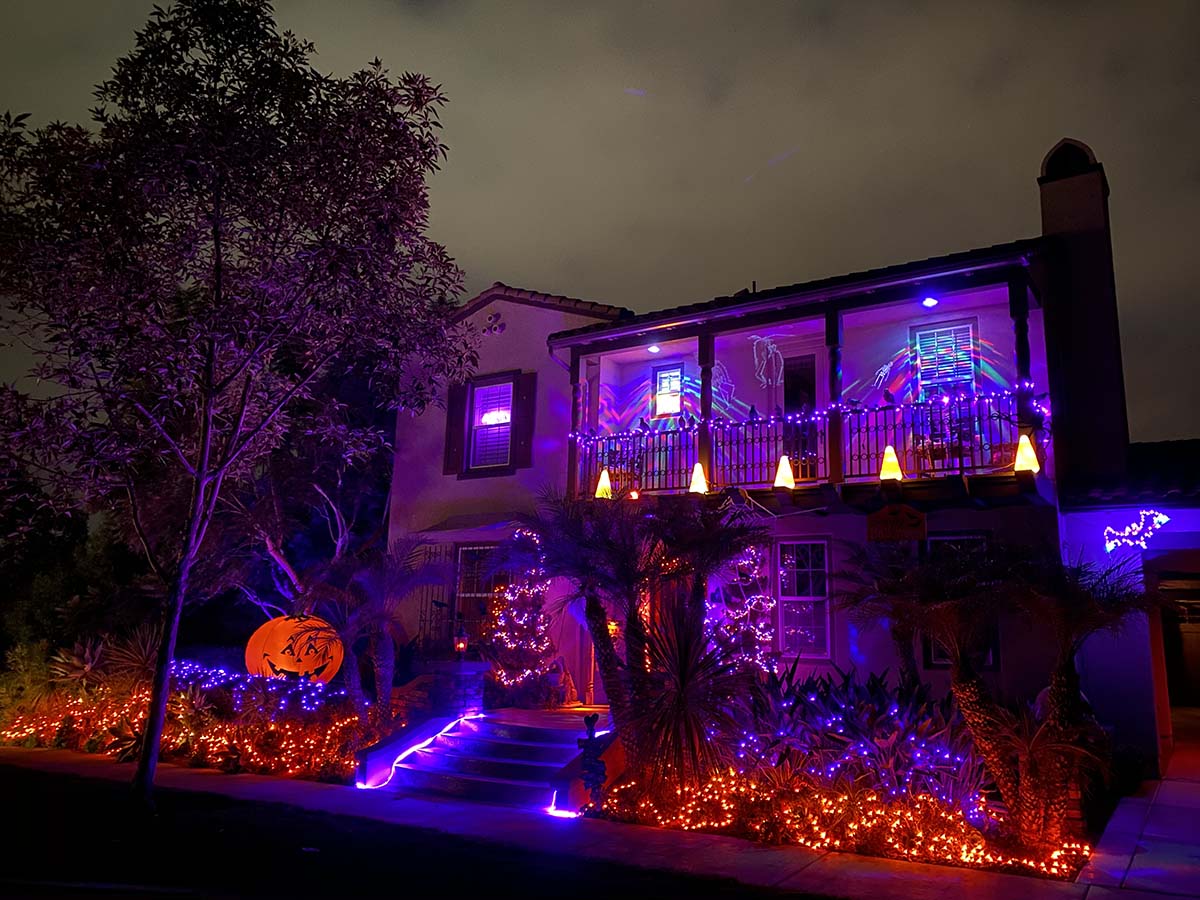 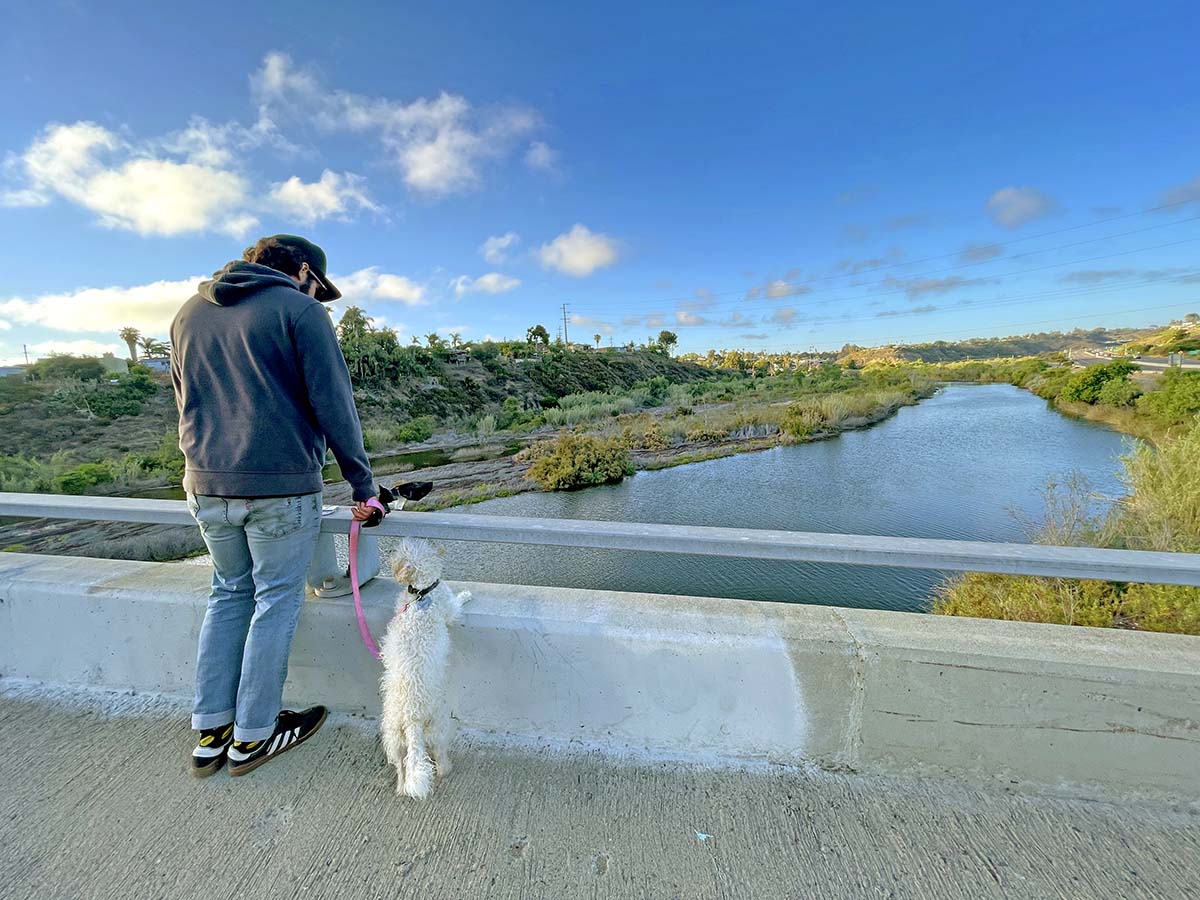 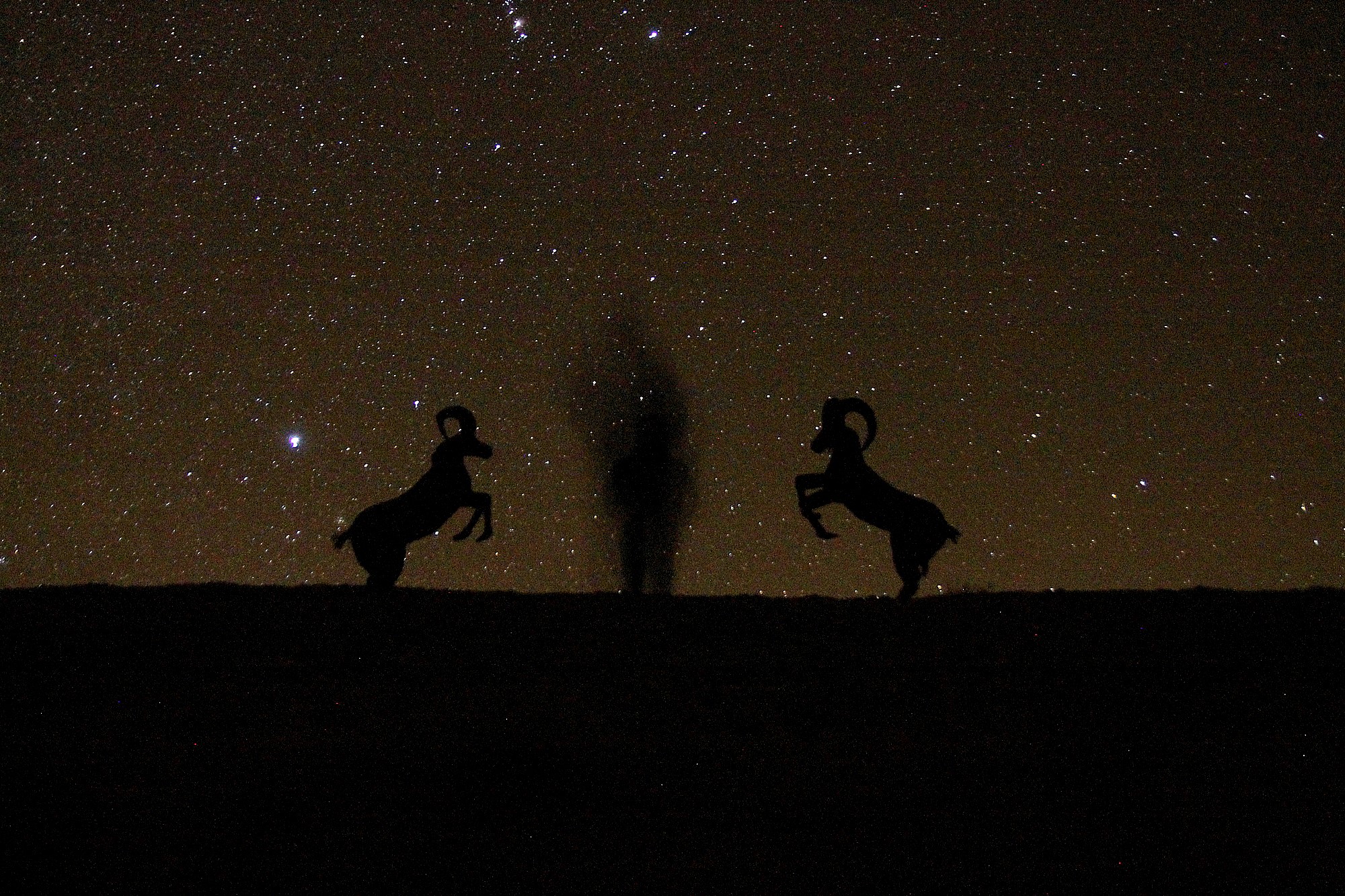 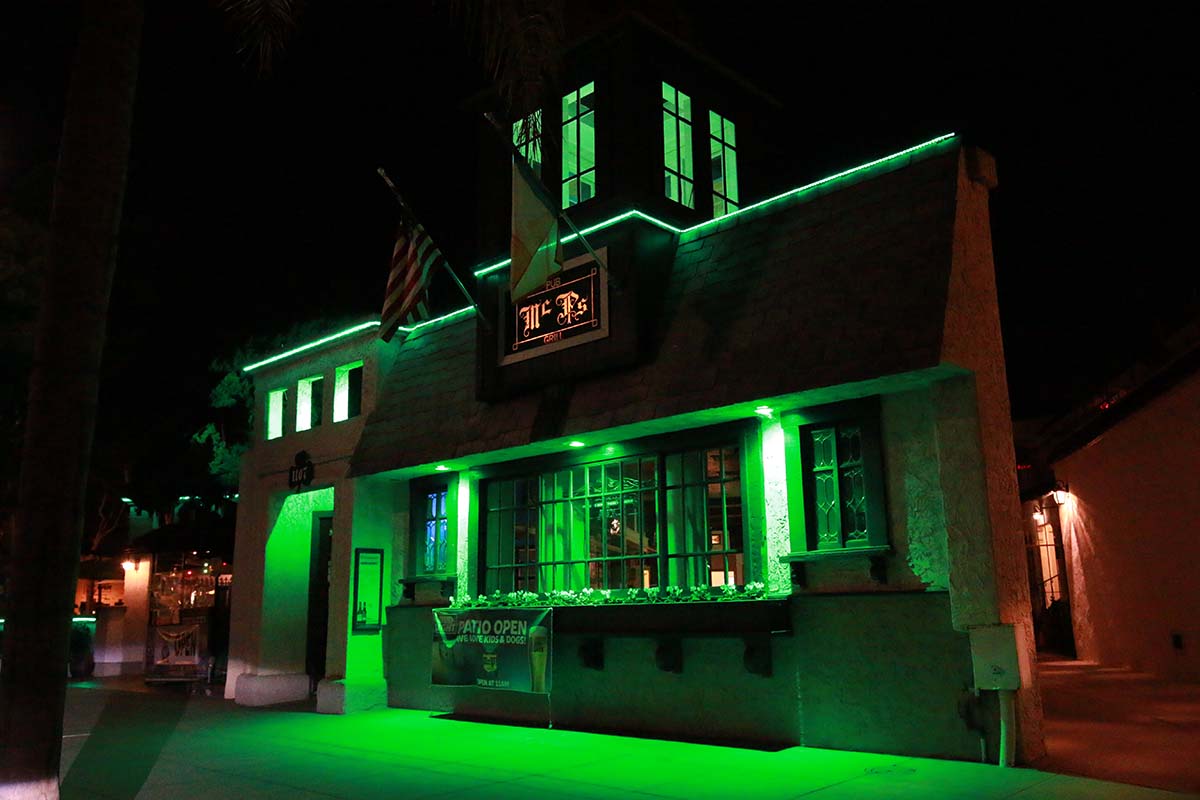