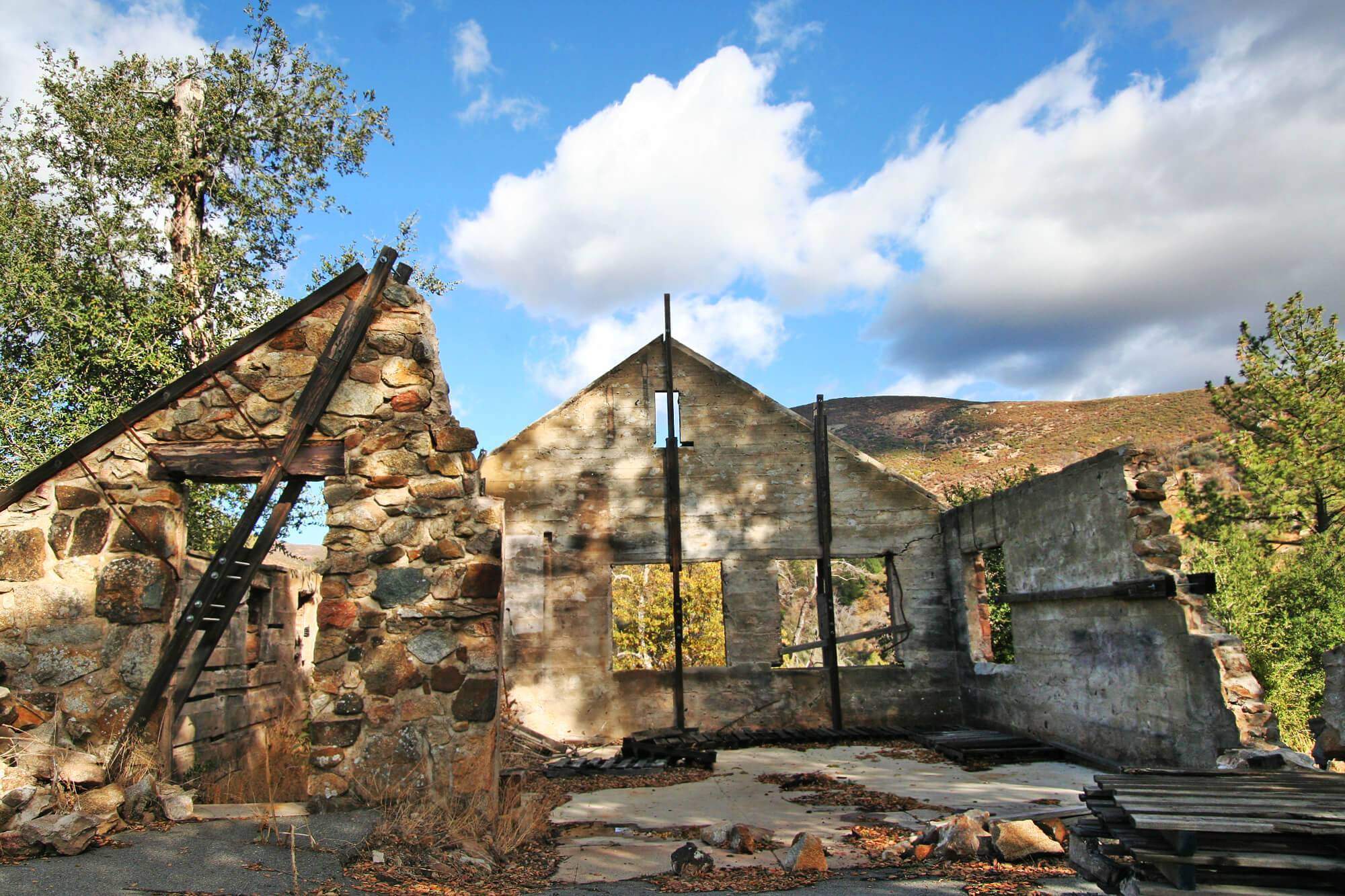 The Dyar house was built in 1923 and is said to have been made from the same hand-cut native stone which was also used to build the Lassator's Green Valley Ranch. After the 2003 Cedar Fire swept through this area though, all that remains today is a skeletal structure. 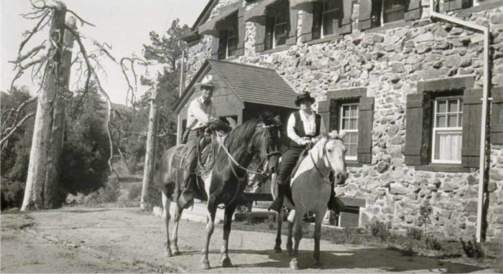 In 1870, gold was found nearby and the Stonewall Mine was established. The mine was the richest in the area but had long gone bust by the time of Ralph Dyar’s purchase. Dyar dismantled the mine buildings and used some of the wood as ceiling beams for his house.

This house was built with two-stories and measured 60X35'. There were six bedrooms upstairs and two full baths on either end of the hallway that ran the length of the home. The basement contained a wood burning furnace and the heat was pumped into each room through vents. An electric generating plant was built alongside the home as was a two-car garage with accommodations for their driver as it is said that the Dyars did not drive.

The family entertained while at the ranch. Guests included such celebrities as Will Rogers and actor Leo Carrillo (you can explore his ranch, check out the page on our site here). After 10 years, the Dyar's made a deal with the state of California to take over the ranch and open it to the public. From that time forward the state used the home as a small lodge for paying guests.

The Dyar family used the house more as a country cabin and never lived there as a permanent residence. Their primary residence was located in Beverly Hills.  Since the late 1960's, the Dyar house had served as a museum, library, gift shop and headquarters to the park up until the fire. 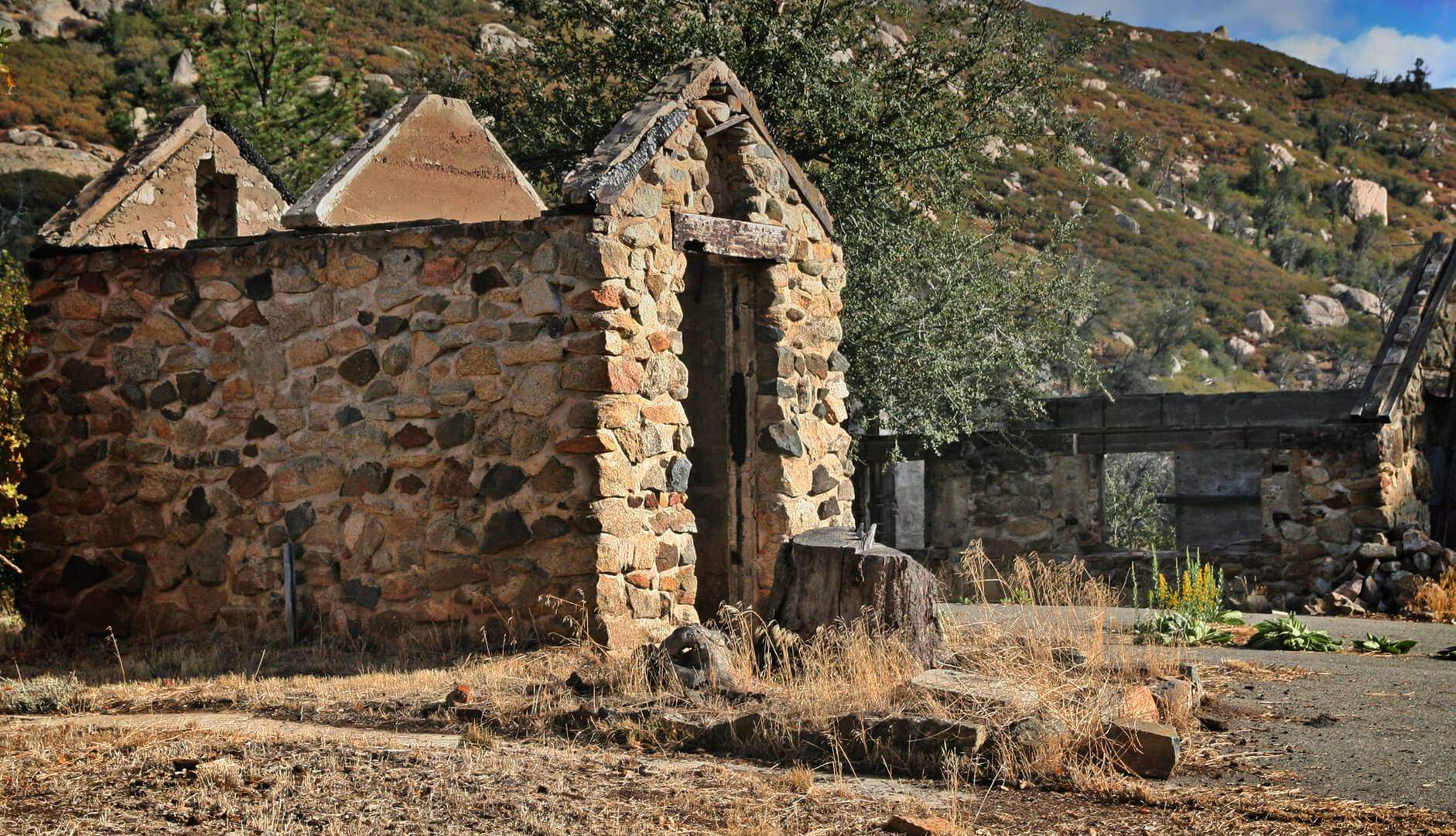 Thankfully, most of the museum displays were saved before the structure was wiped out. As of late 2014, there is evidence that the spot will be constructed but due to funding,when is anyone's guess. There have been volunteers working on rebuilding the site who say the museum was gorgeous before it burned down. Their goal is to get it back to the state it once was.

Artifacts from a 1970s dig at Barrel Springs, south of Palmdale, were also stored at Dyar House. The Barrel Springs collection was moved in 2002 to avoid the Pine fire only to get caught in the Cedar fire the following year.

Archaeologists had a field day while excavating the site. Amid the wreckage were thousands of artifacts, including many Kumeyaay items such as lanterns, pottery and scaled used during gold mining.

A California Conservation Corps-era compound, Camp Hual-cu-Cuish, also was lost to the flames. Hual-Cu-Cuish is the Kumeyaay wording for “tough (or strong) but flexible.” This campe was built by the California Conservation Corps (CCC) in the 1930s and then used by the Boy Scouts from 1940 to 1998 as a camp. The fire burned 90 percent of Cuyamaca Rancho State Park with some areas so hot that tree roots burned. The Cedar Fire covered over 273,000 acres, burning desert and mountain areas and extending west of SR-163 with spot burns as far as I-805.

Personal Experience: Cuyamaca is truly a full-day trip as there is just so much to see so pack accordingly. Let these ruins be just part of your adventure. We spotted wild turkeys while exploring these grounds which added such a fun touch. The turkeys will let you get decently close, enough to get some photos of them, but are very untrusting of humans. Sadly, almost all of my photos of the turkeys got fried from a bad memory card. 🙁

Our reason for visiting this spot was to explore my old 6th grade camp grounds. Imagine my surprise when we saw portions of it had burned down and what remained was this gorgeous stone structure! You cannot go inside and I wouldn't even recommend trying as it is hollowed out and the floor is filled with beams. Julian is only a stone's throw away from this spot. Have fun! 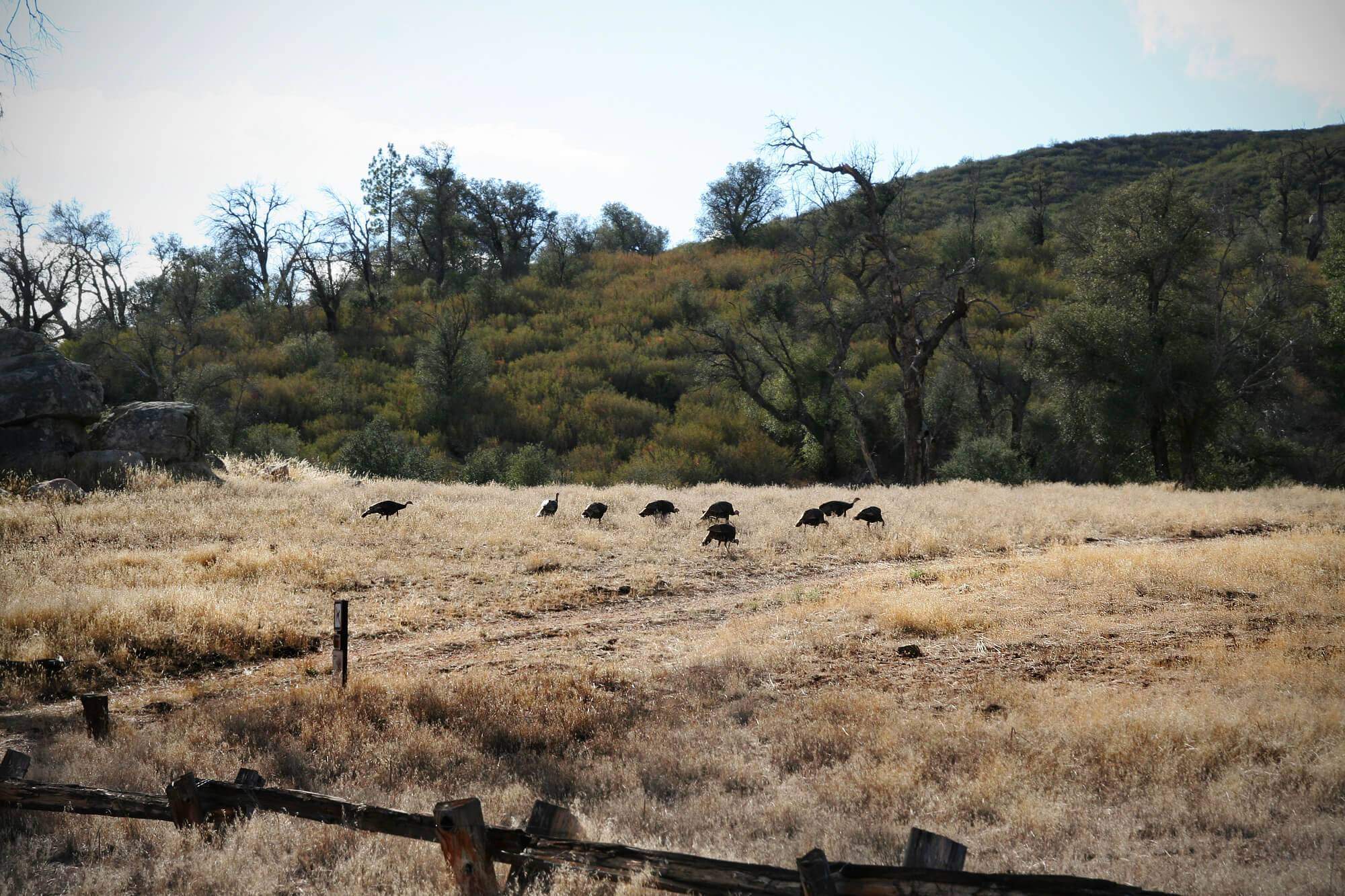 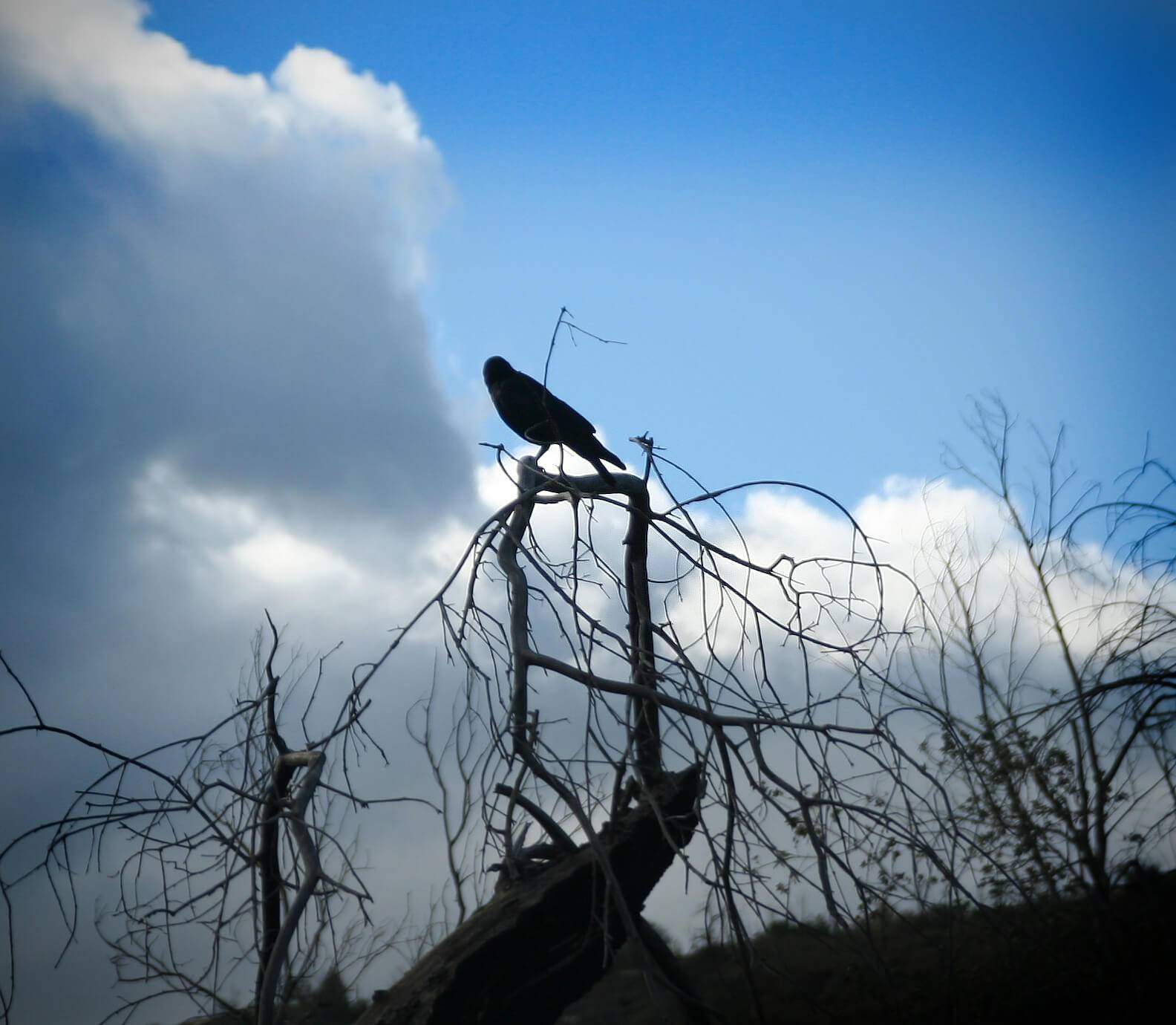 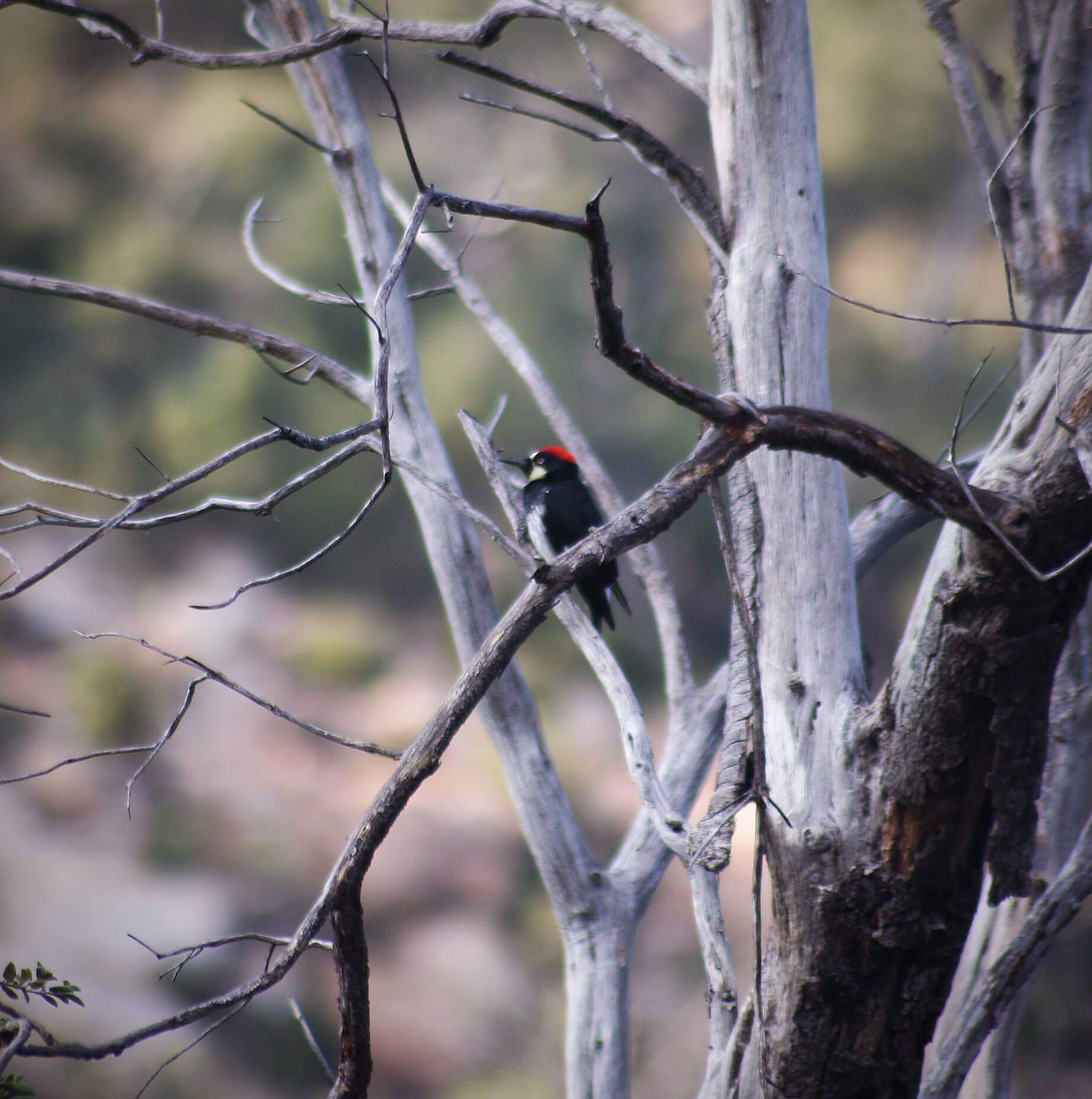 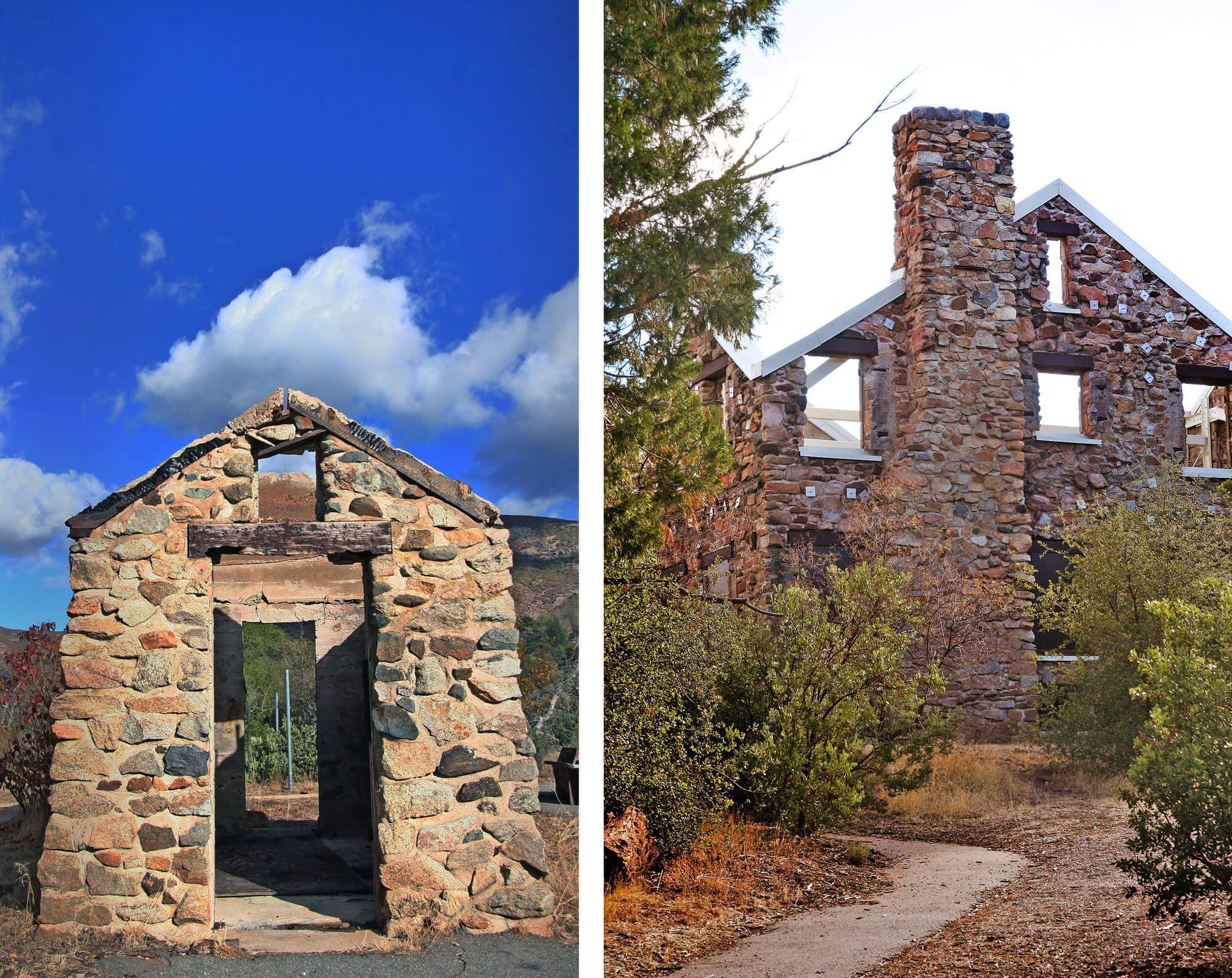 The photo above was also the photo I used for the front cover of my book, Abandoned San Diego!  You can purchase it here: 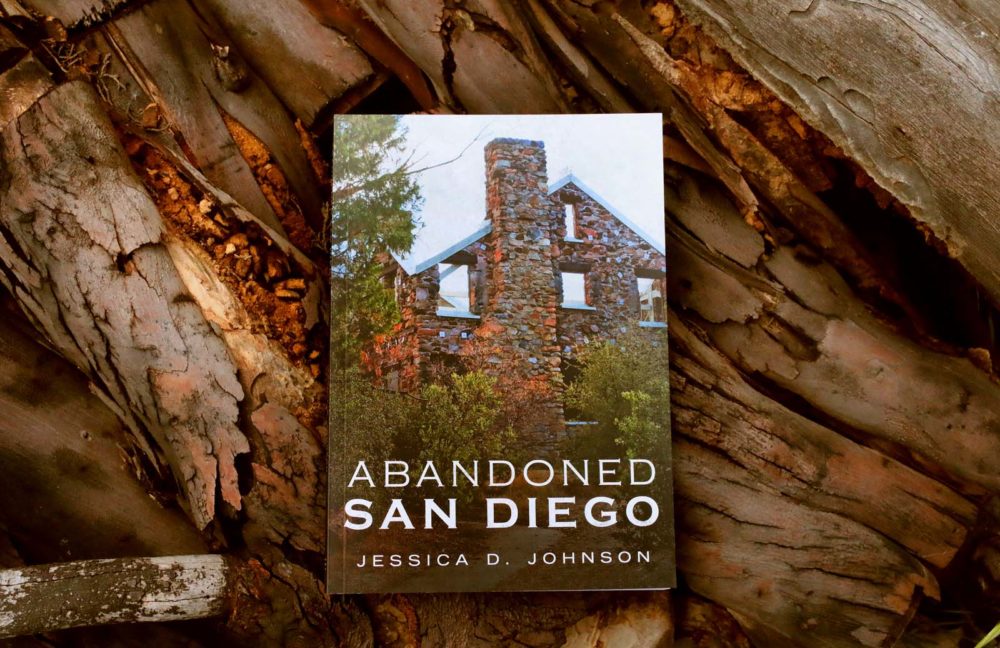 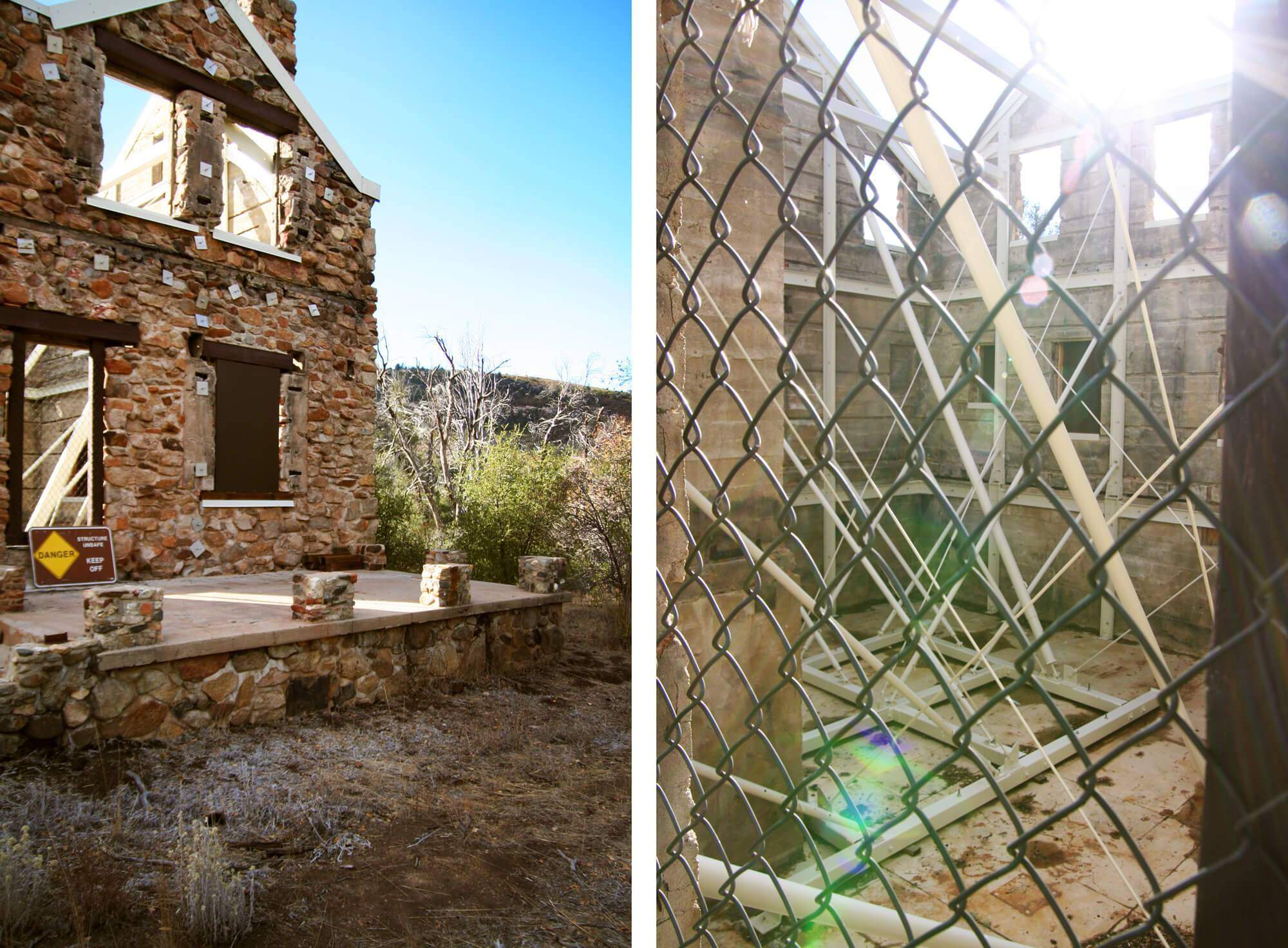 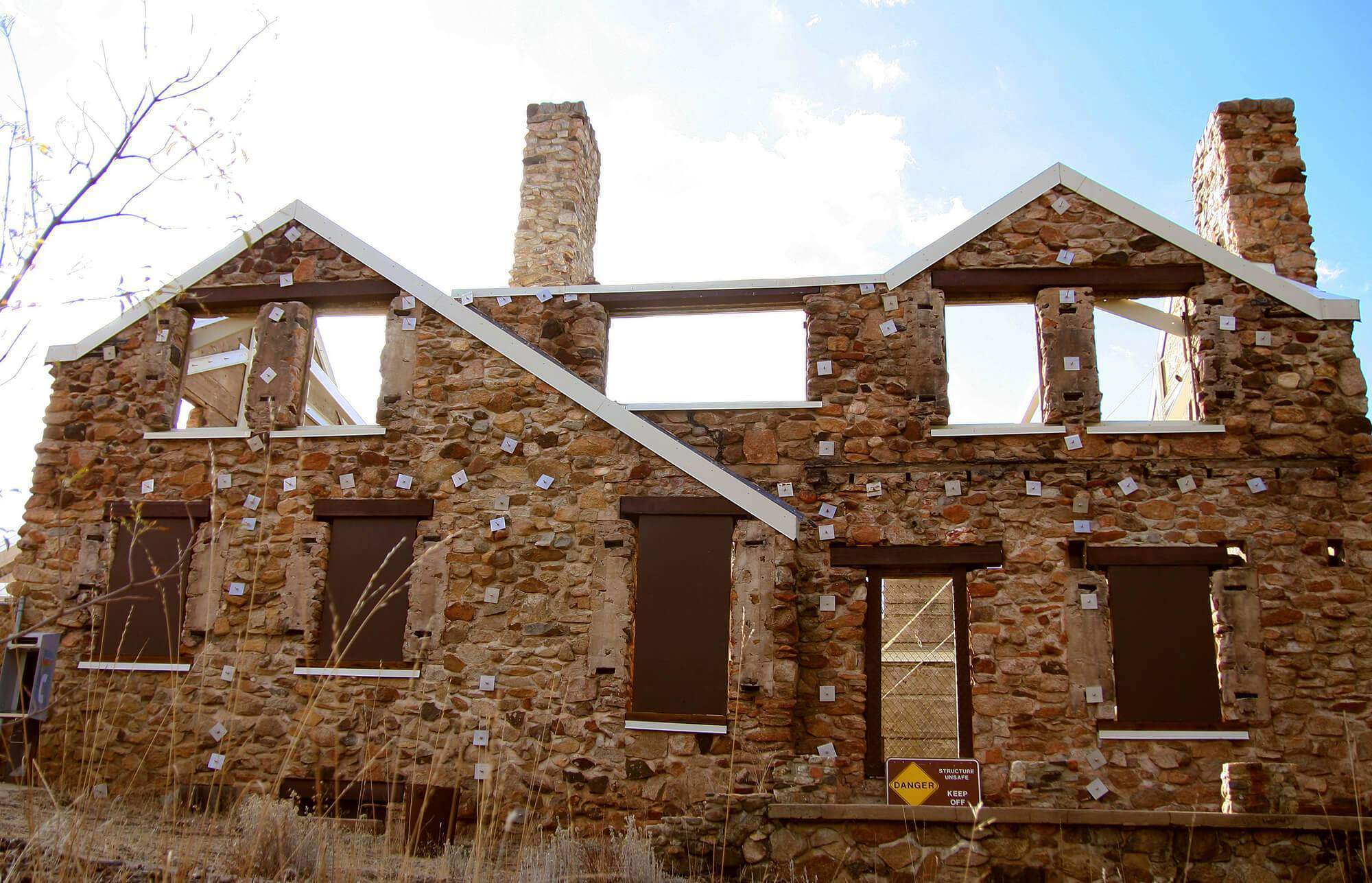 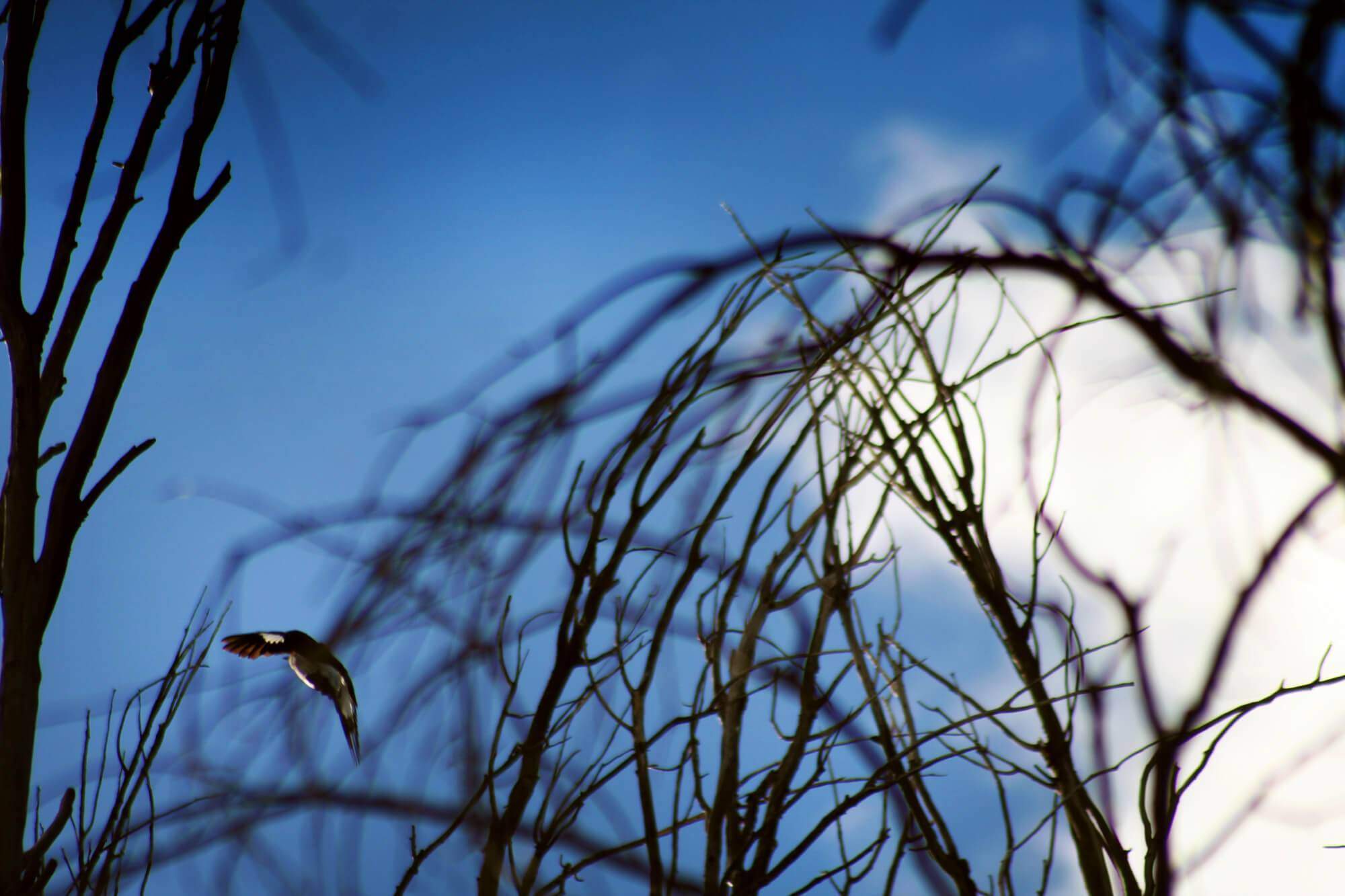