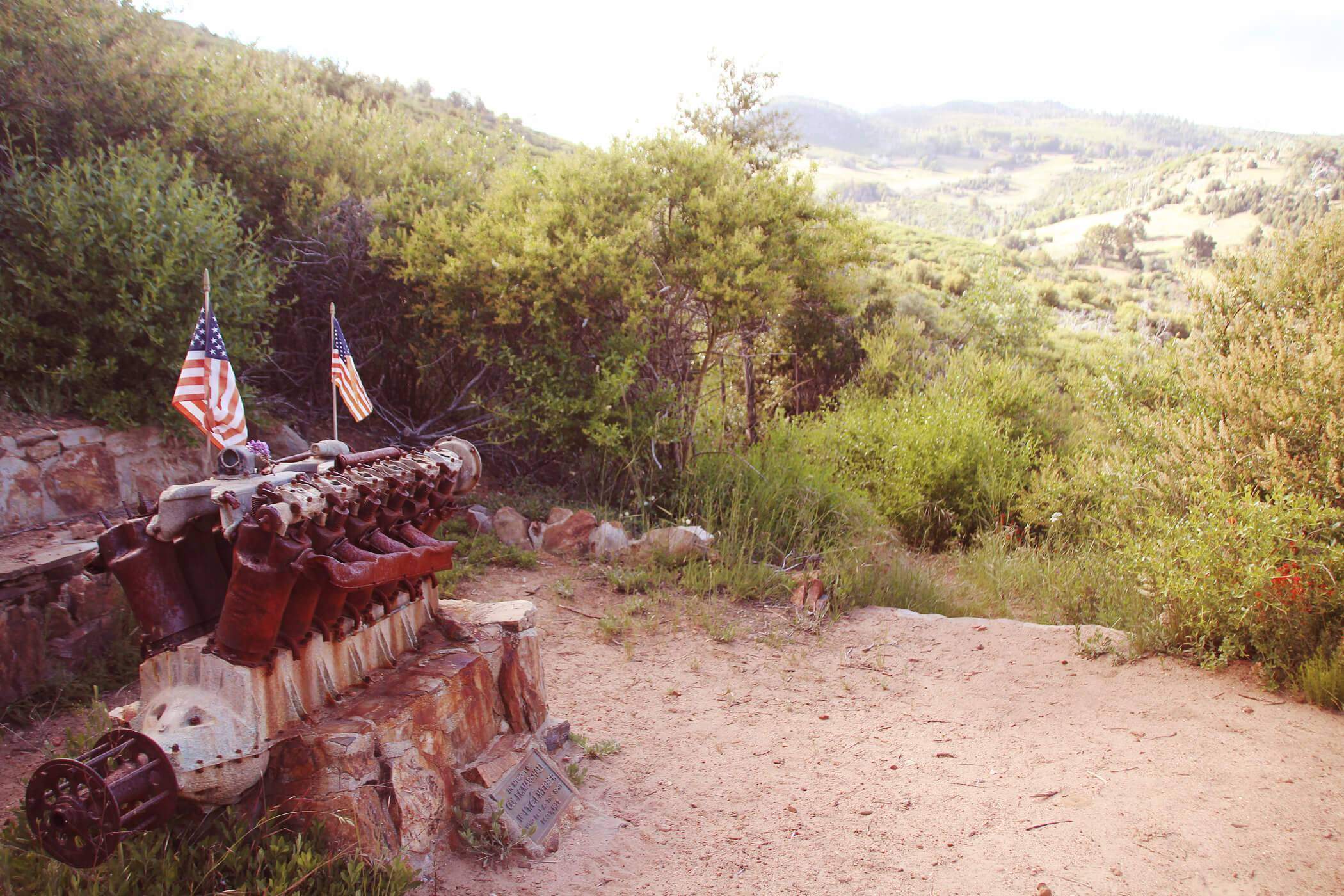 Hike: About 4.5-miles out-and-back on the same trail, or about a 5.3-mile loop if continuing north on the Monument Trail    Level: Moderately Strenuous

Before you go: It is highly recommended that you pick up a map from the ranger’s station at the Green Valley campground and have them mark where the trailhead is.

Located 800 feet above a trailhead near Green Valley Falls lays "one of the most sought after crash sites in U.S. military history.” The memorial site is small, consisting of a burned V-12 cylinder aircraft engine mounted on a stone & concrete pedestal and a plaque attached to the pedestal dedicated to U.S. Army pilot First Lieutenant Charles F. Webber and U.S. Cavalry Colonel Francis C. Marshall. The plaque reads "Who fell on this spot on December 7, 1922.”

Within two weeks they had logged almost 4,000 miles of exploring and mapping potential air routes. This was arguably the most historic use of DH4Bs, the first successful aerial refueling from their plane to that of fellow pilots’ Lieutenants Lowell H. Smith and John Paul Richter beneath them.

There were many known dangers involved in this flight as both were aware, especially flying in an outdated aircraft over the rugged mountain and desert route between San Diego and Fort Huachuca. Fog and an inability for the failing engine to climb high enough to avoid the trees on this ridge were other major contributors.

While you're in the area, make sure to visit Green Valley Falls nearby!

Many pilots attempted to locate the crash site when the two failed to reach their destination that day. By December 17th, their search had grown to the largest combined air and ground search in U.S. military history during peacetime. 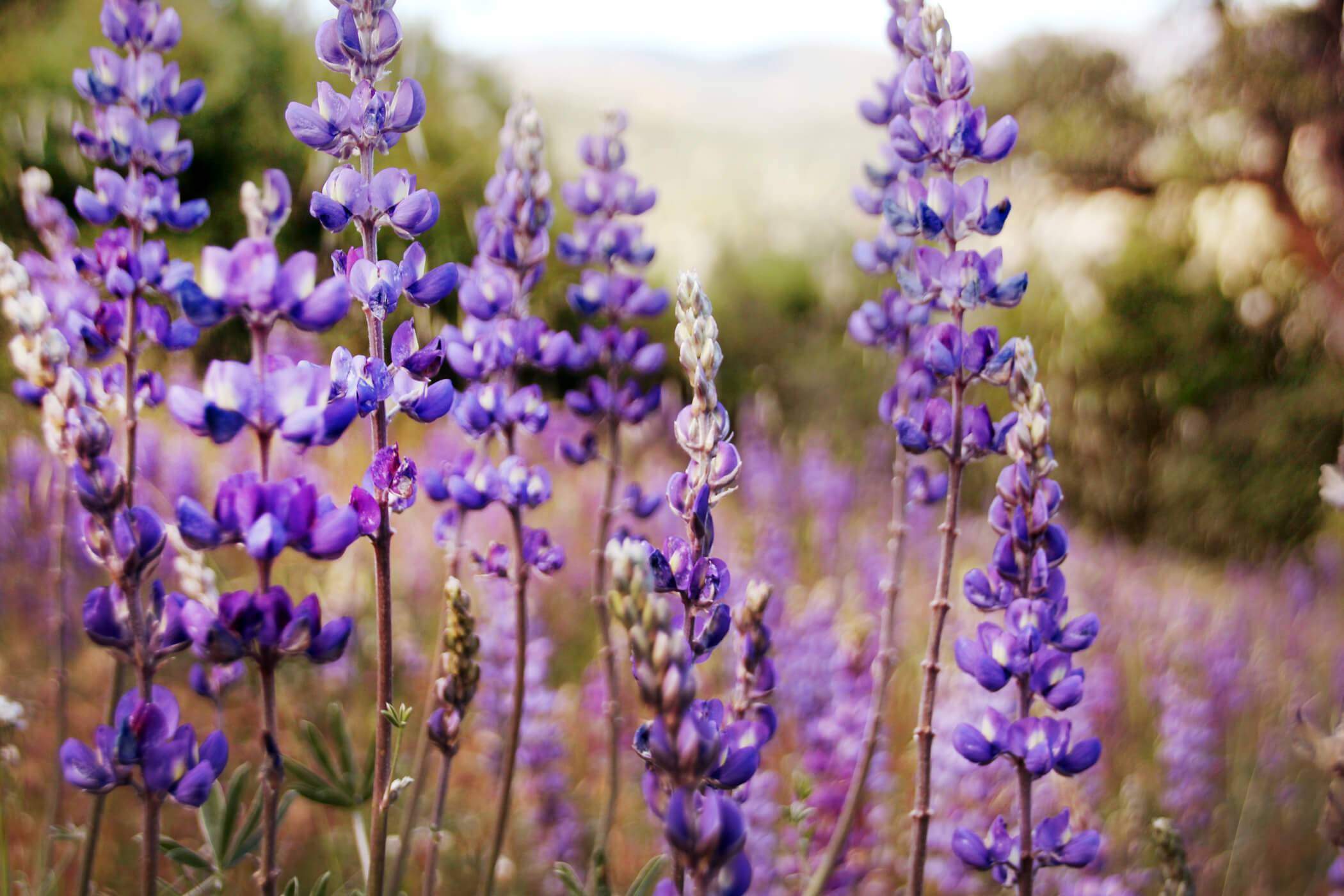 It wasn't until May 4th, 1923, almost a year later, that the wreckage and pilots were discovered. A local ranger named George W. McCain was riding on horseback along Jamacha Ridge in Cuyamaca when he discovered them. A memorial was soon dedicated to them by the Civilian Conservation Corps works.  Learn about the the biggest plane crash in San Diego and known as the greatest disaster in our modern day history here.

The trail starts on the West Side Trail where some fine old oaks and pines still thrive. After 0.6 mile, it intersects with the Monument Trail, when the elevation gain really begins. 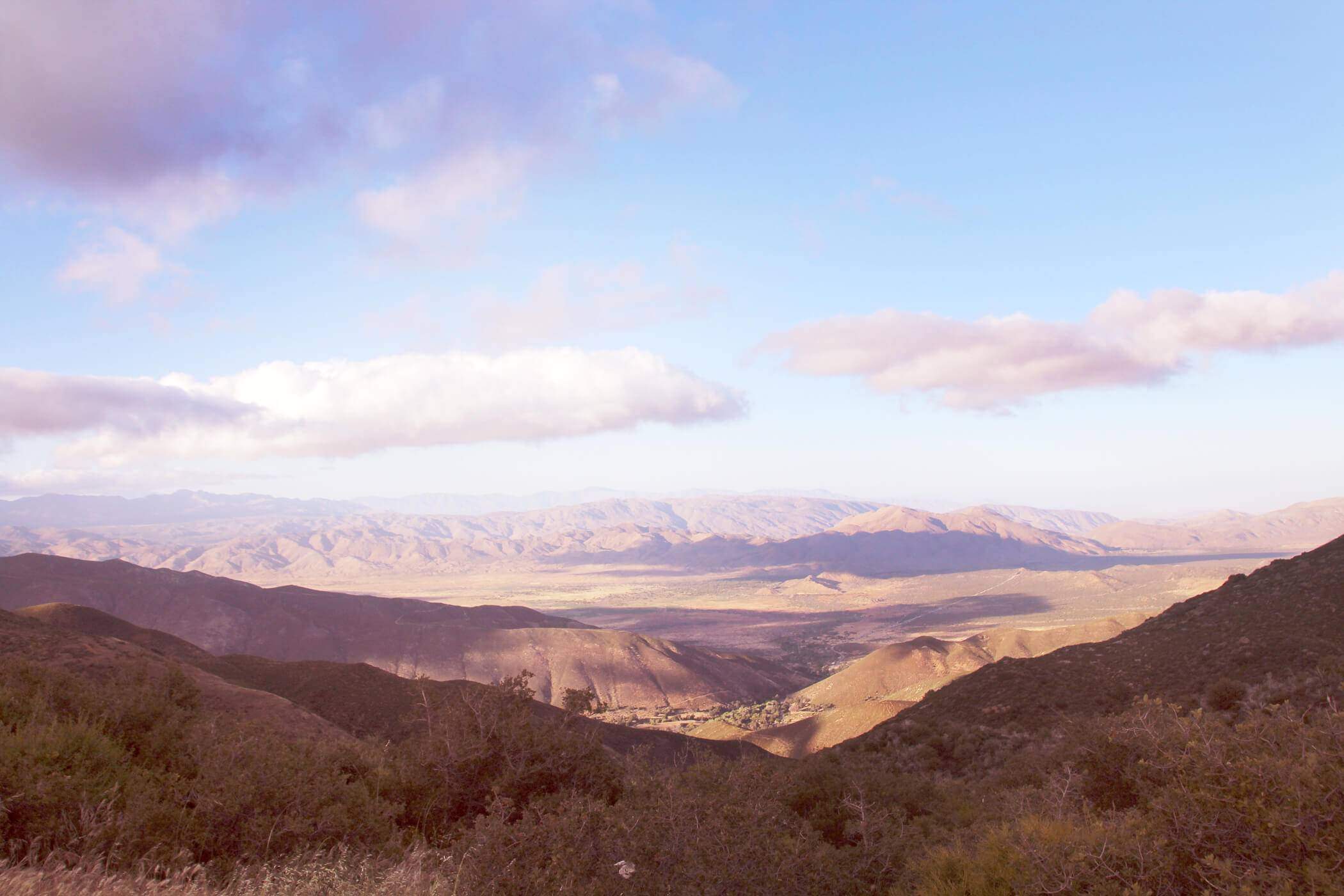 You can make a 5.3-mile loop hike by continuing north on Monument Trail from the little spur trail to the actual monument. This trail becomes West Mesa Trail, then intersects on the right with the Jamacha Fire Road to take you back to your starting point. Or you can climb to the monument and retrace your way back for about a 4.5-mile round-trip.

Personal Experience: We went in late spring when the wildflowers were in full bloom. It was such a beautiful hike. I would recommend going in spring or autumn for optimal weather. I made it my personal goal to take a photo of every different type of flower I came across. 😛

The hike was not too bad at all. We were finished with the entire hike in maybe an hour and a half. That was with taking many photo stops. The views are fantastic.

This looks like some sort of happy, panting creature to me: 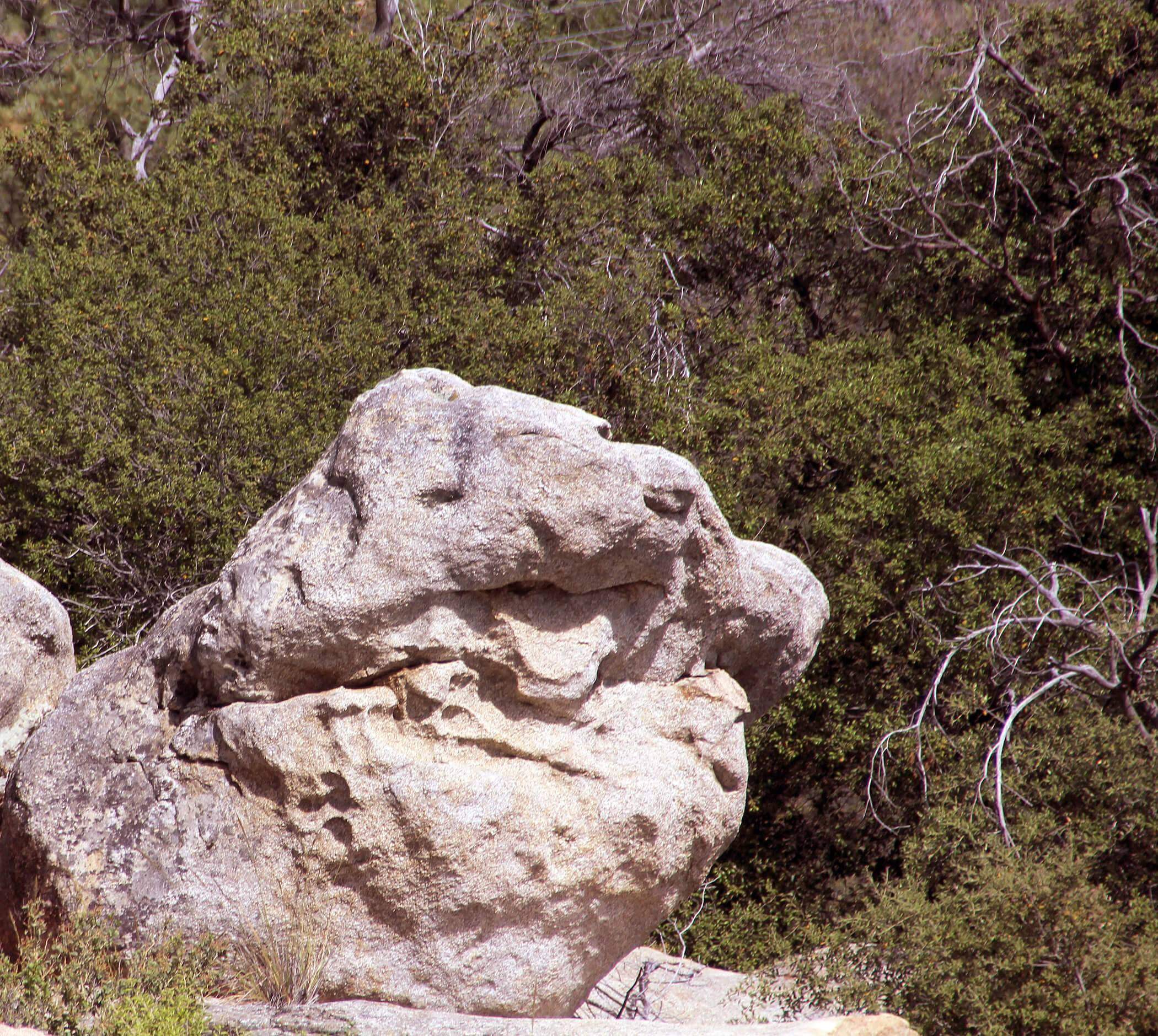 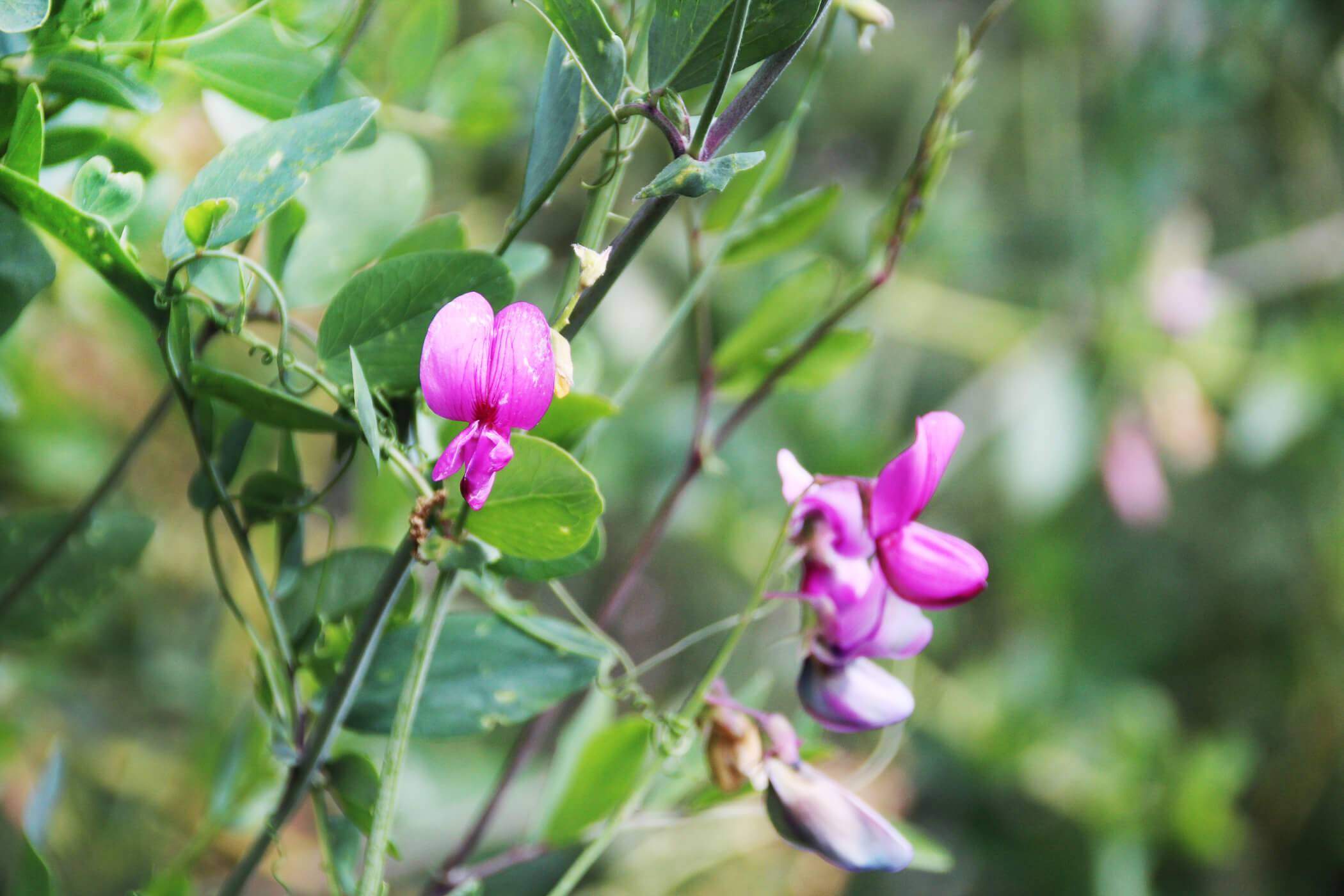 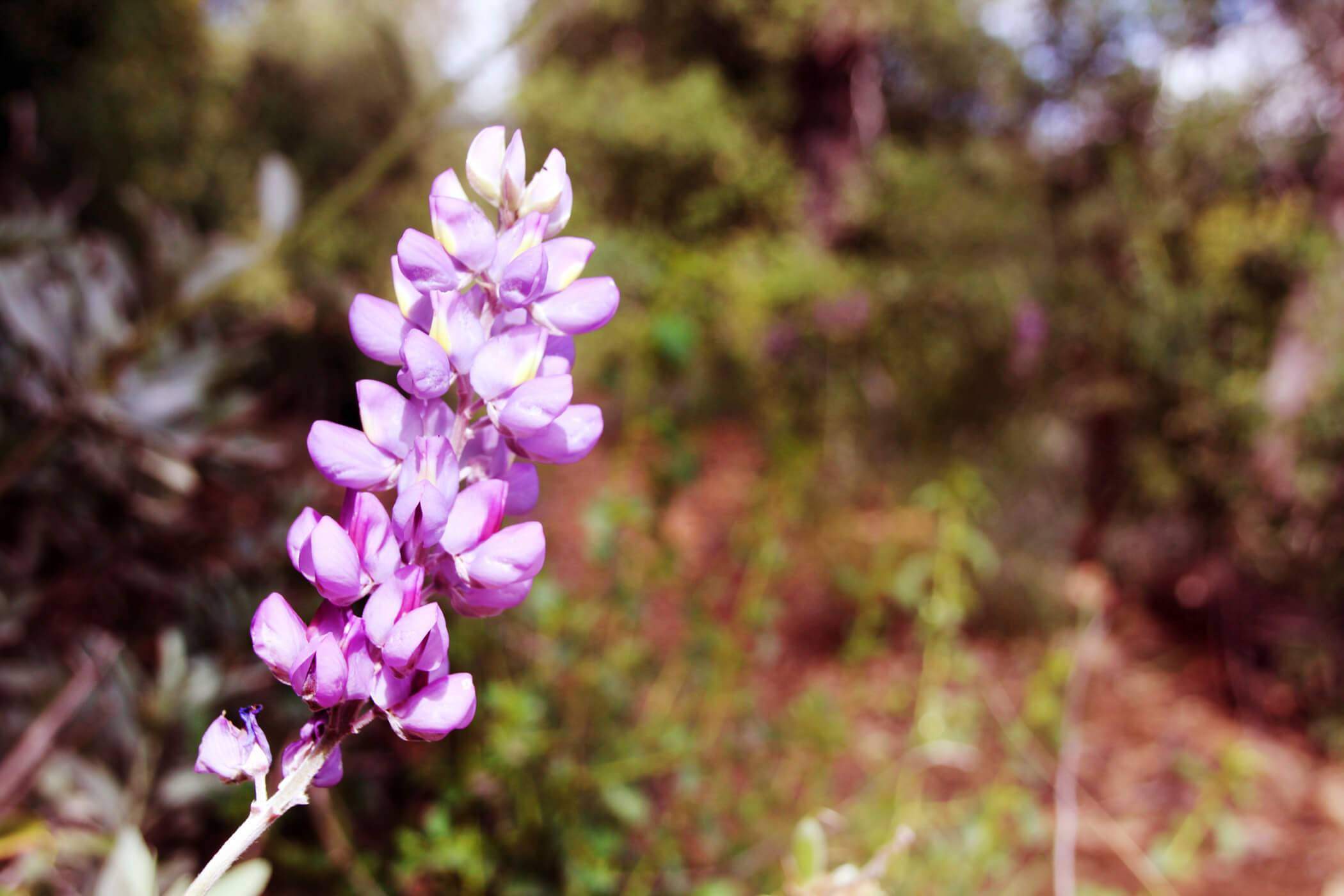 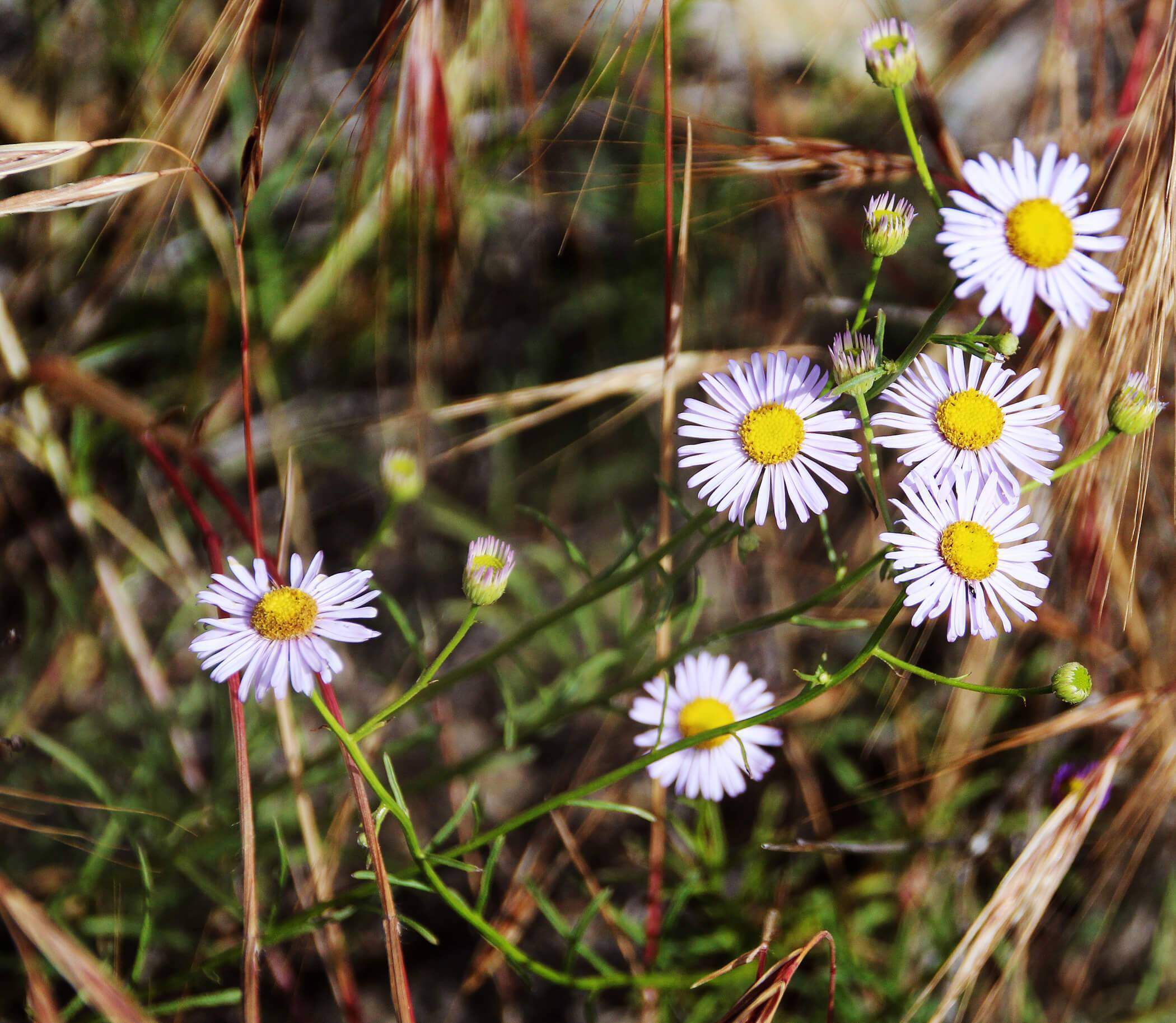 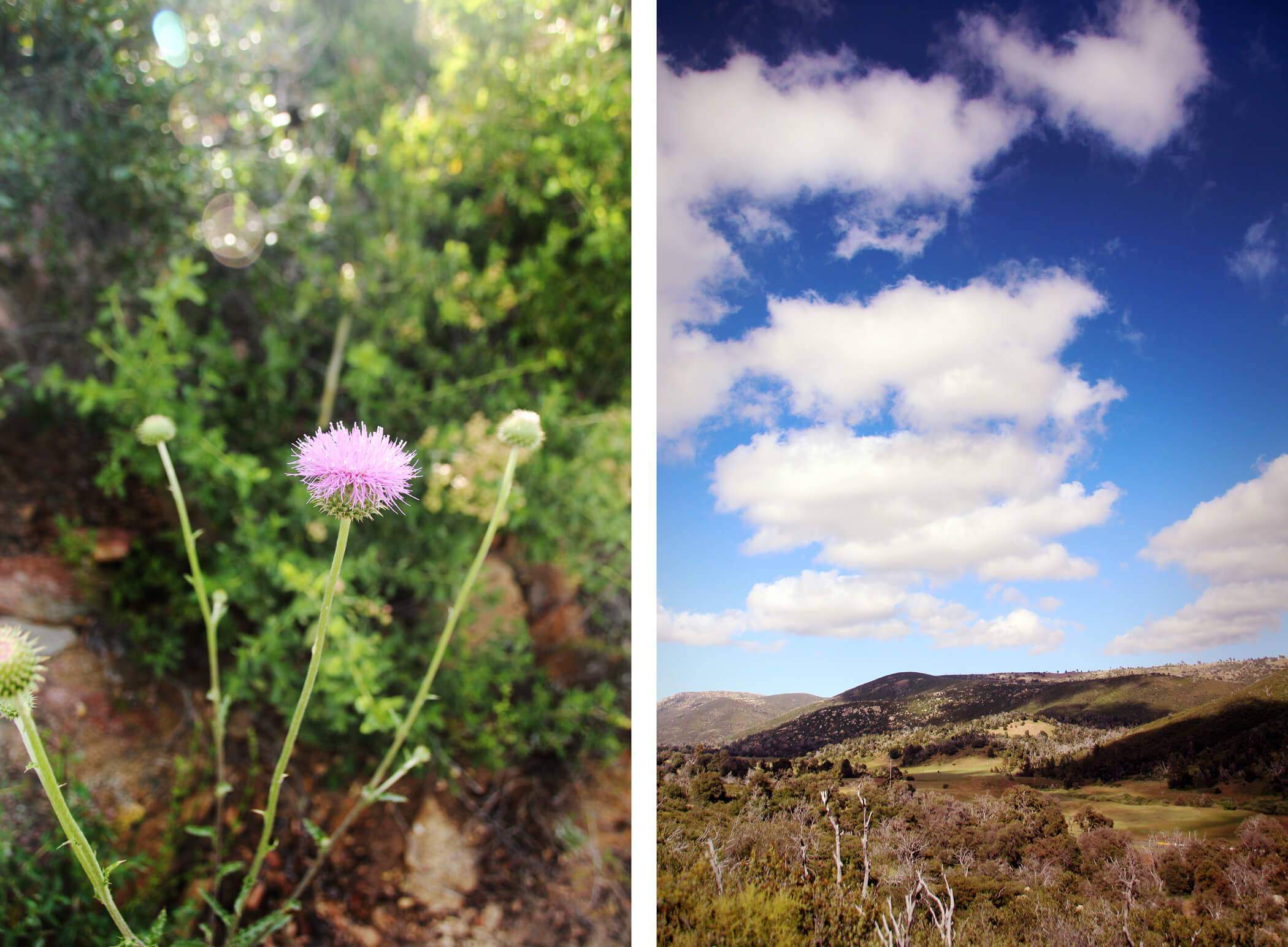 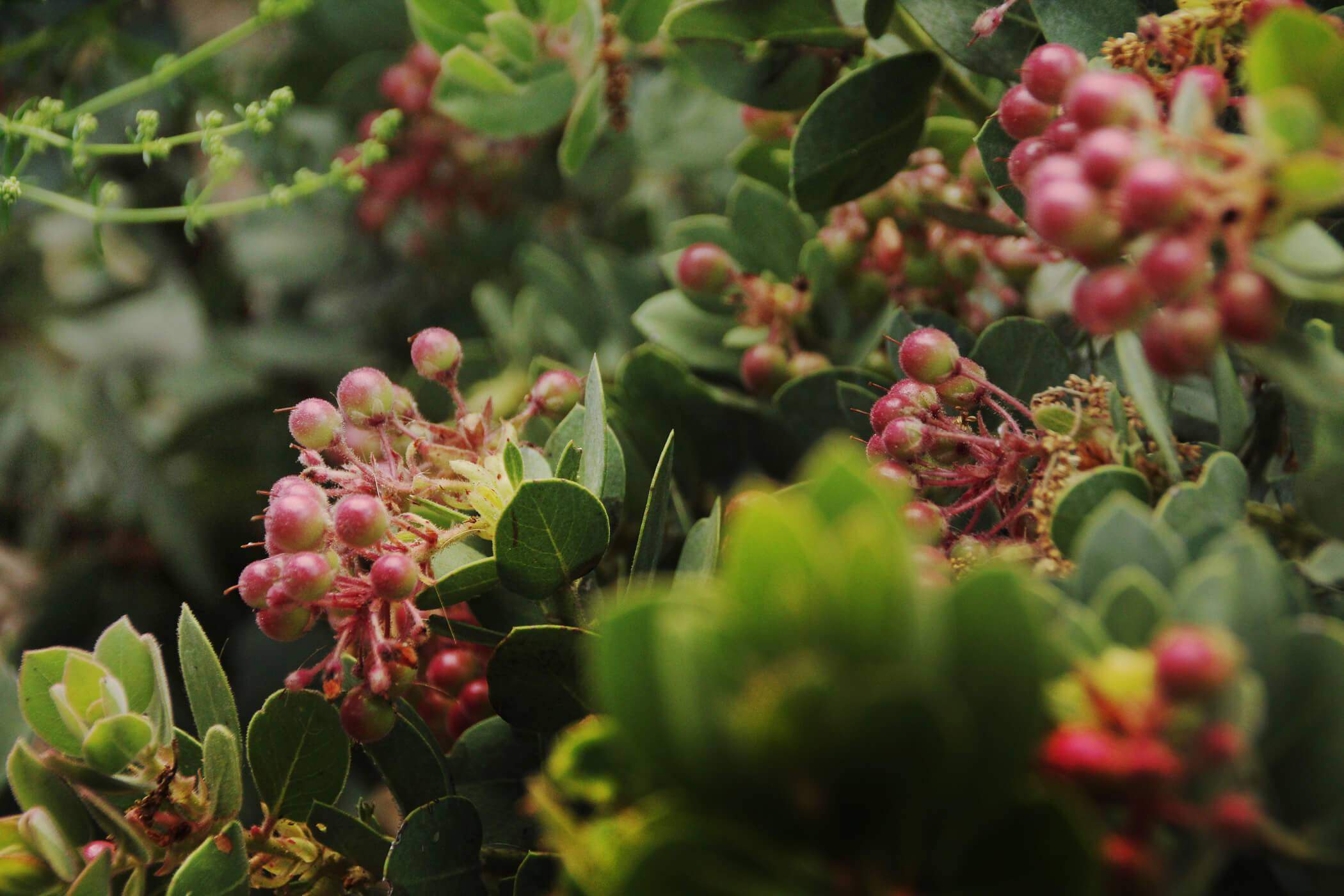 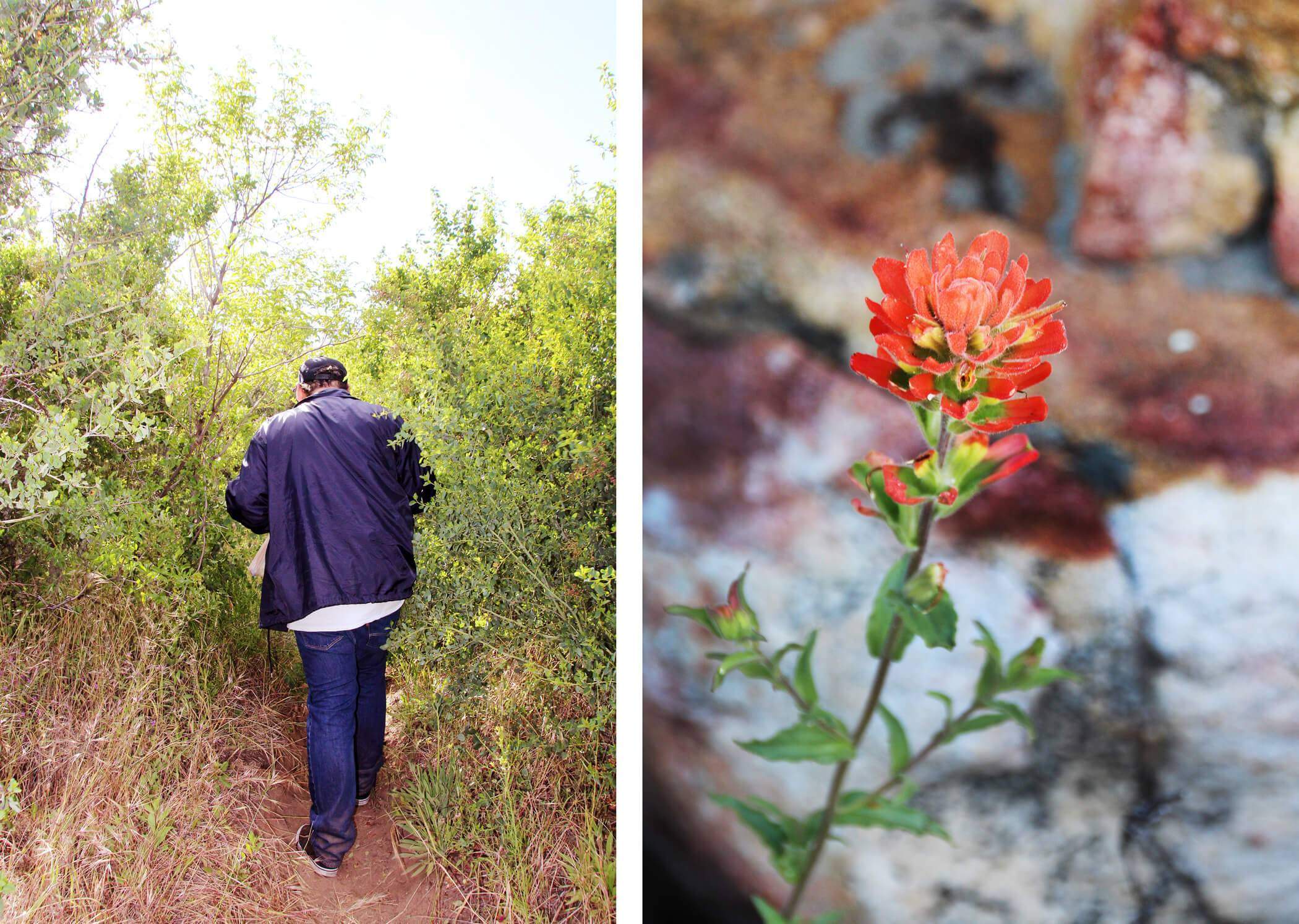 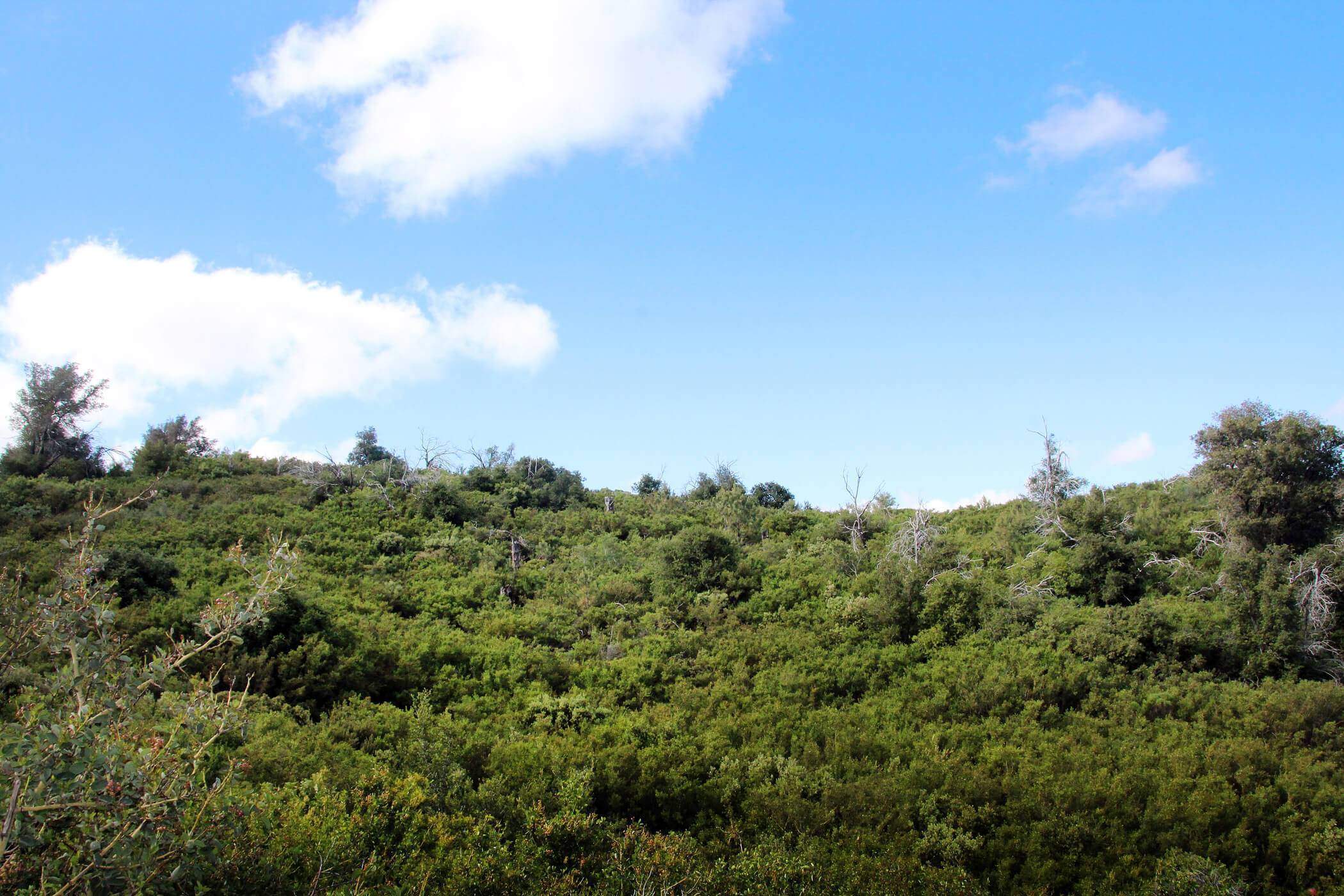 Look out for this sign letting you know you're going the right way: 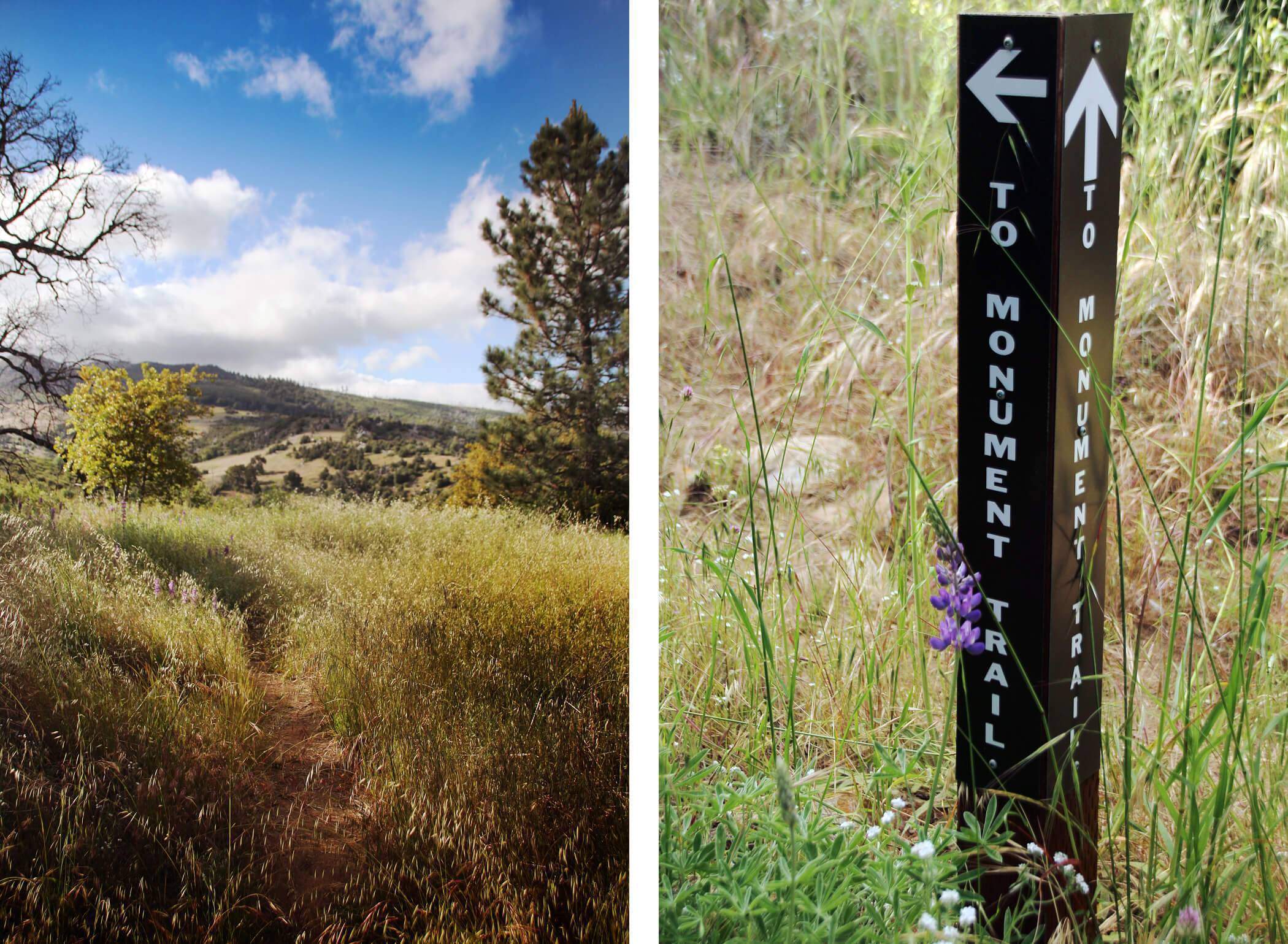 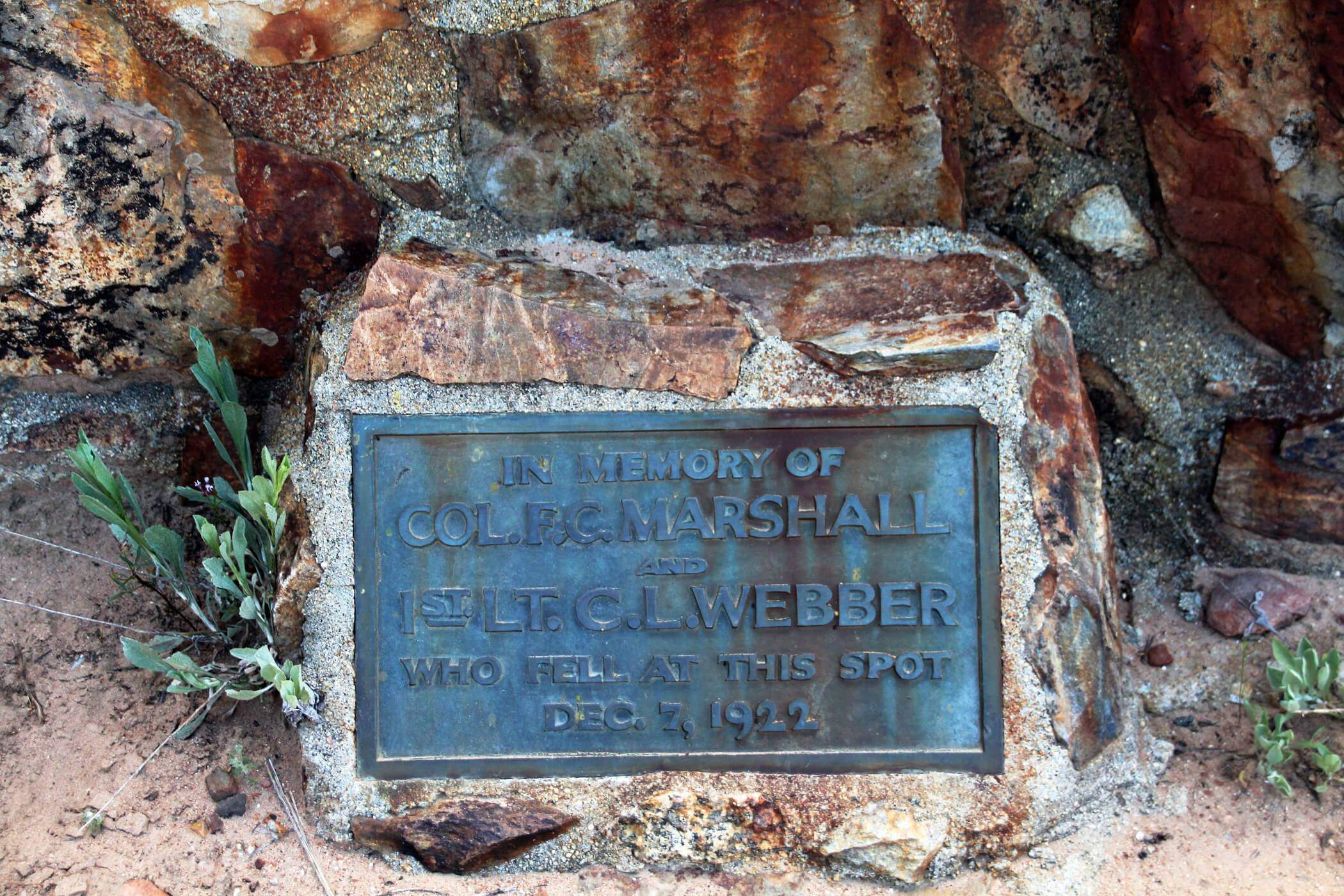 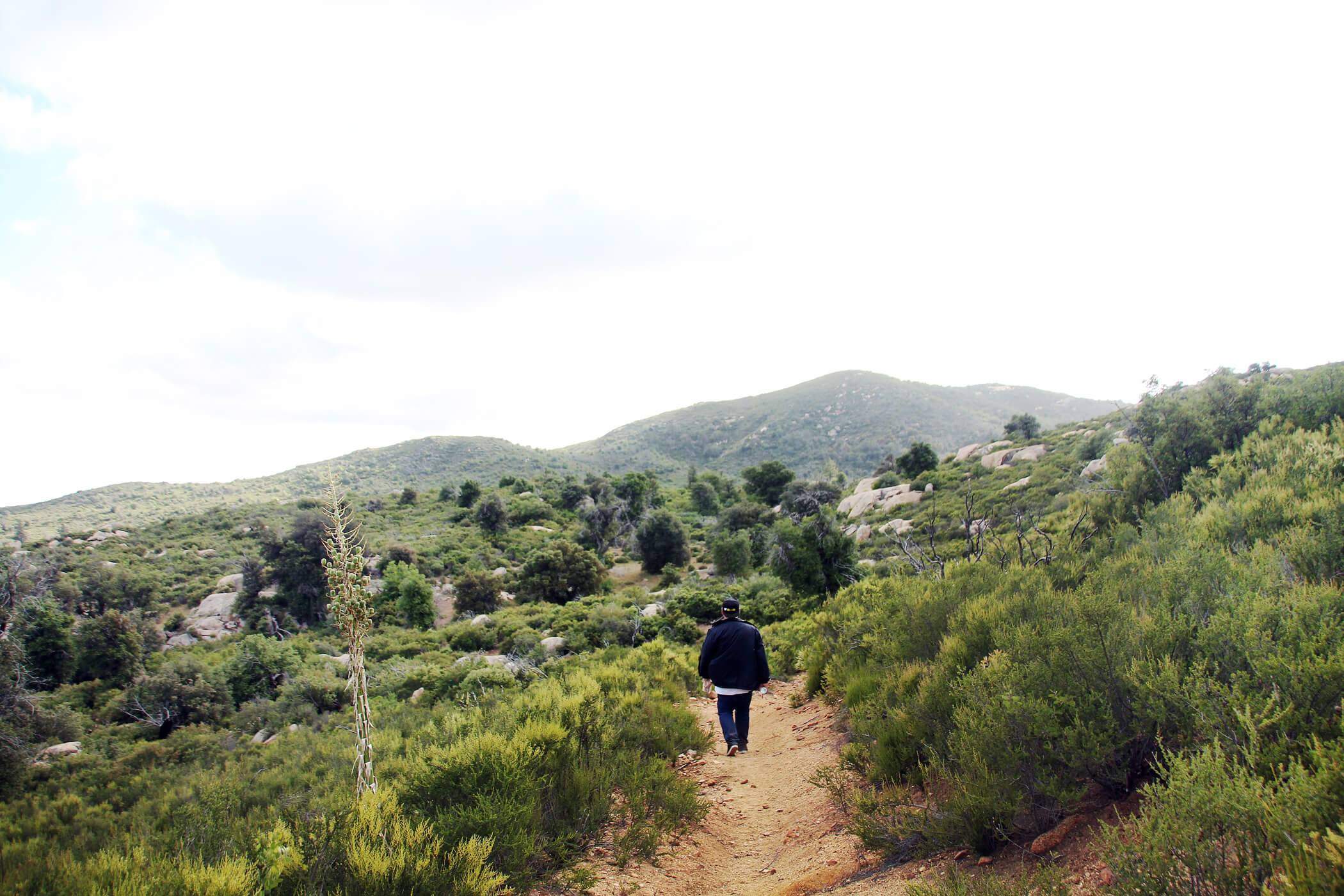 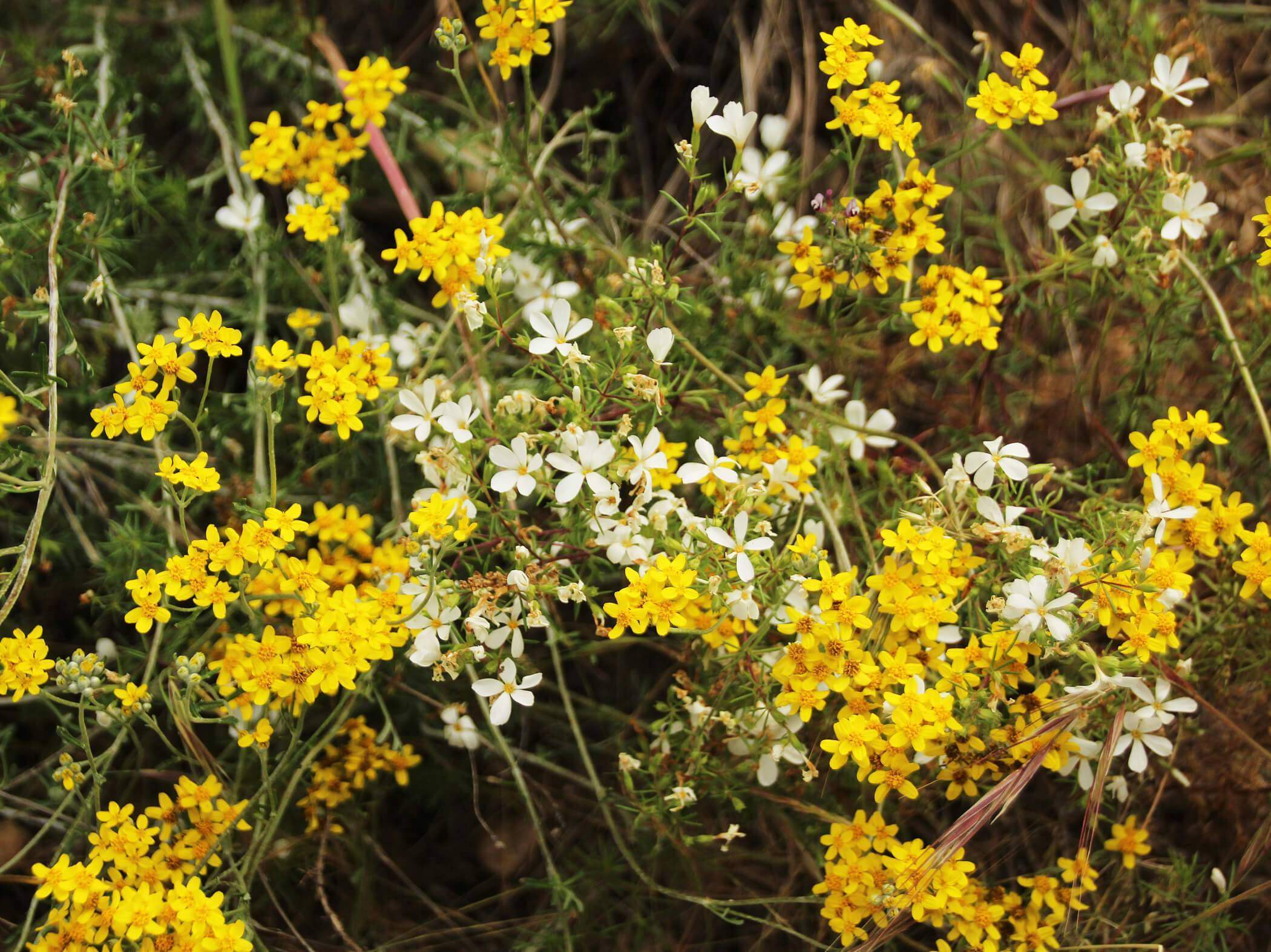