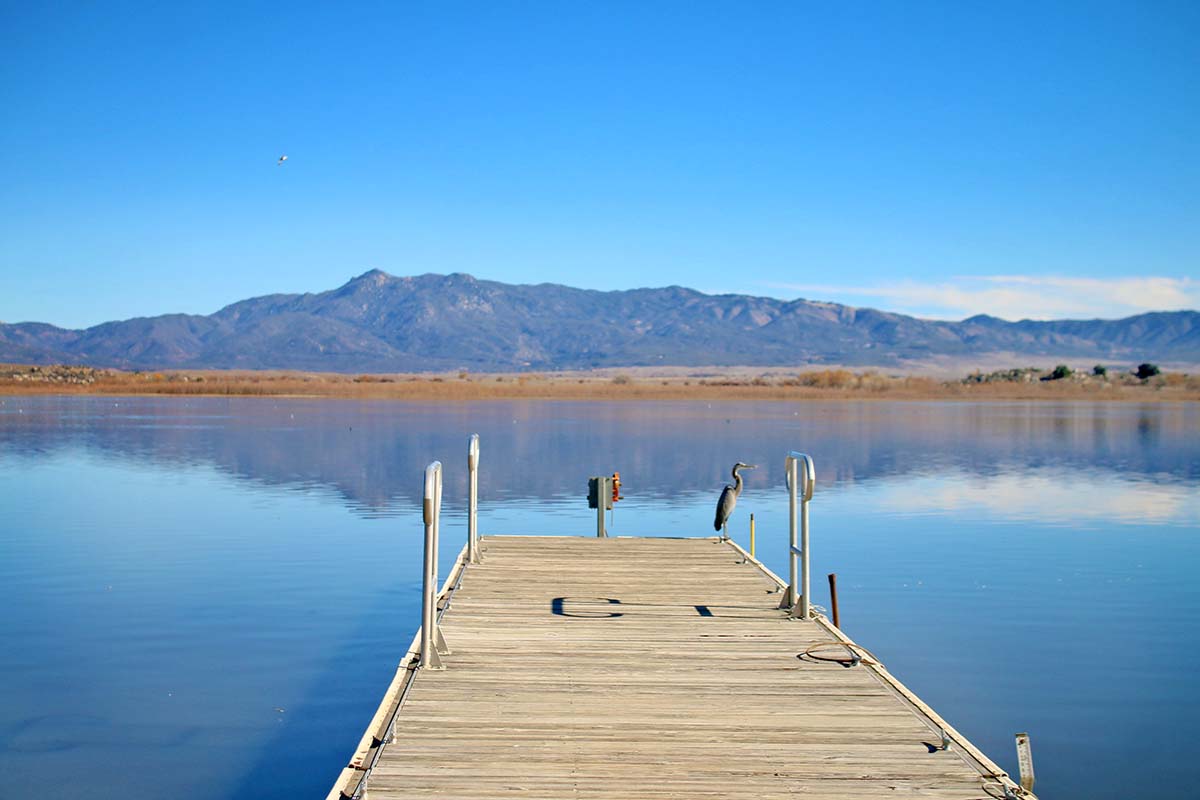 Dog-Friendly: Yes (but keep them away from the water as the toxic algae levels can easily kill your pup or you)   Kid-Friendly: Yes

Lake Henshaw is one of those lakes that you can visit and actually still get a feel for what the surrounding area looked like hundreds or even thousands of years ago. That is because 43,000 acres of land are protected.  The land has been owned by the Vista Irrigation District since 1946.  They are responsible for providing water from Lake Henshaw to thousands of North County residents. 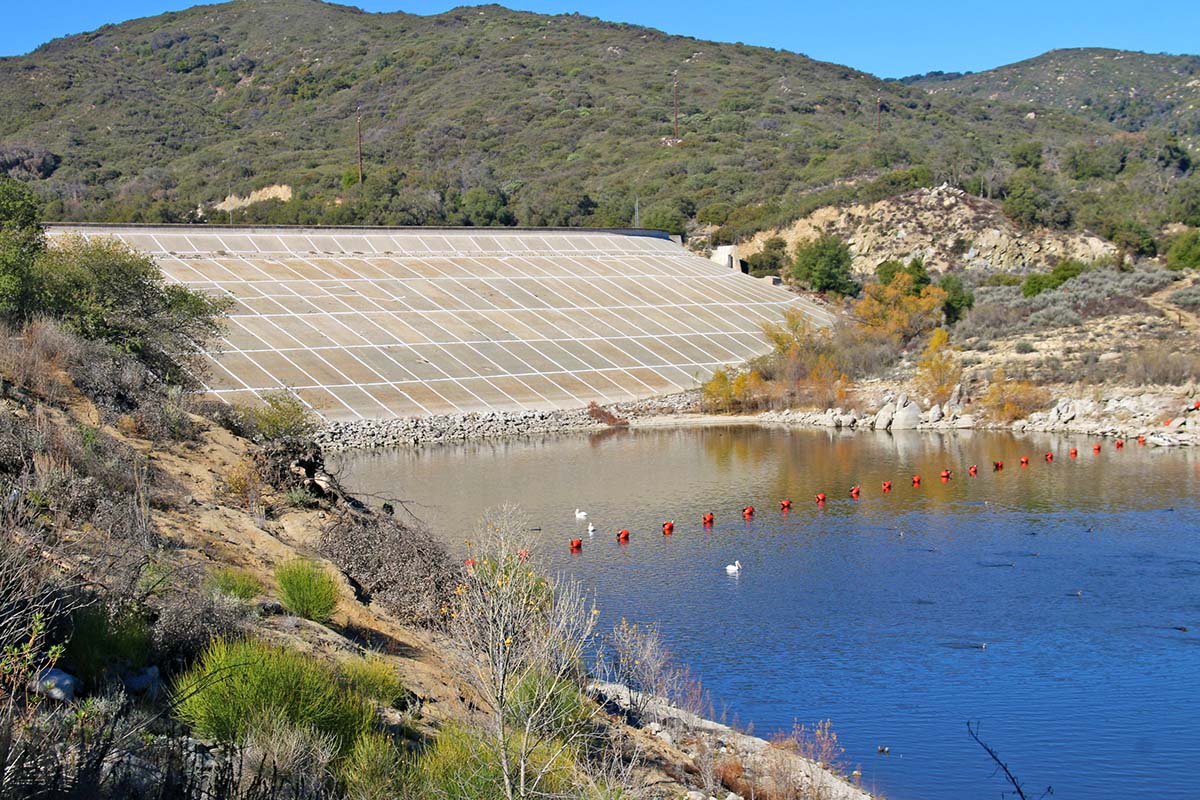 But what is the history of this land? Lake Henshaw was not always a lake but instead was part of Quechla, also known as the San Luis Rey River. The river begins in the Cleveland National Forest and runs mostly along Highway 76, spitting out into the ocean in the town Oceanside.

Historically, this river has provided water for 5 Indigenous bands of both the Kumeyaay and Luiseño tribes, which include the Rincon, La Jolla, Pauma, Pala, and San Pasqual people. When the bands were forced onto reservations, they were intentionally put in areas with access to water so they could grow crops.

Almost as soon as the reservations were formed, the government entered into a contract with William G. Henshaw to dam up a portion of the river to create a reservoir with the intent of diverting the water for irrigation.

The bands disputed the contract, which eventually went to court where the court ruled in Henshaw's favor. Soon after the ruling, the dam was built. The water went from Lake Henshaw to Lake Wohlford then flowed into Dixon Lake which is filled with imported water. Those two sources are mixed at a water treatment facility next to the lake and then taken by flume to the people of Vista and Escondido.

While you're in the area, make sure to visit the JAB Canid Conservation center nearby!

Very quickly it was noticed that during dry years, the water would hardly flow through the reservations and their wells would dry up. In 1950 the 5 bands went to the Indian Claims Commission to seek restitution from the government for failure to protect their land and water rights. 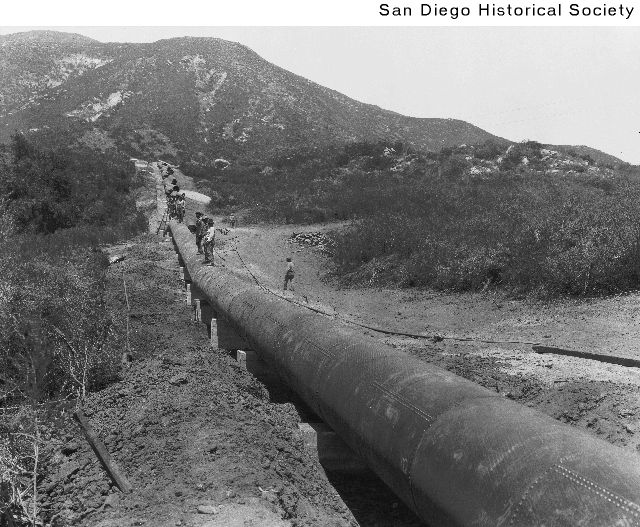 Men working on the pipe dam in 1924, photo from San Diego Historical Society

Part of their request was access to Quechla's water so they could continue to develop their lands agriculturally. Senator Alan Cranston introduced Senate Bill 1507 which provided for settlement of Indigenous claims against the U.S. Government and the City of Escondido.

The fight for their water rights took 50 years to come to justice but it was finally met! Two key players in helping it come to fruition was newly minted lawyer, Robert Pelcyger, and Patty Durro, a young woman from the The Rincon Band of Luiseño Indians. Patty was determined to reclaim her people's water rights and nothing would stop her until justice was served.

In 2019, the settlement guarantees the 5 bands equal annual access to more than 5 billion gallons of Colorado River water. Should they not need all of the water, the agreement was that they must sell the excess water to the cities of Vista and Escondido at market rates.

Sadly, most of the elders that were originally fighting for the water rights never got to witness the feat. But it was never about instant gratification, instead, it was about creating better living situations for the future generations.

Today, the lake stays around 40% capacity due to it being on a fault line. The dam is unable to provide flood protection to the Natives living at the La Jolla, Pala and Rincon reservations below. 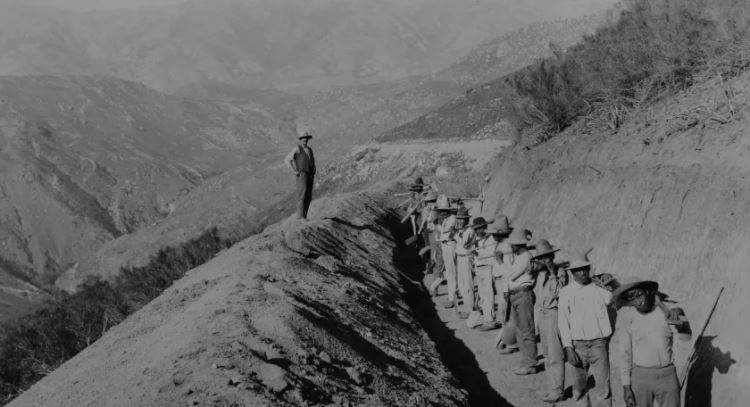 Laborers working on the dam, photo from the Escondido Historical Society 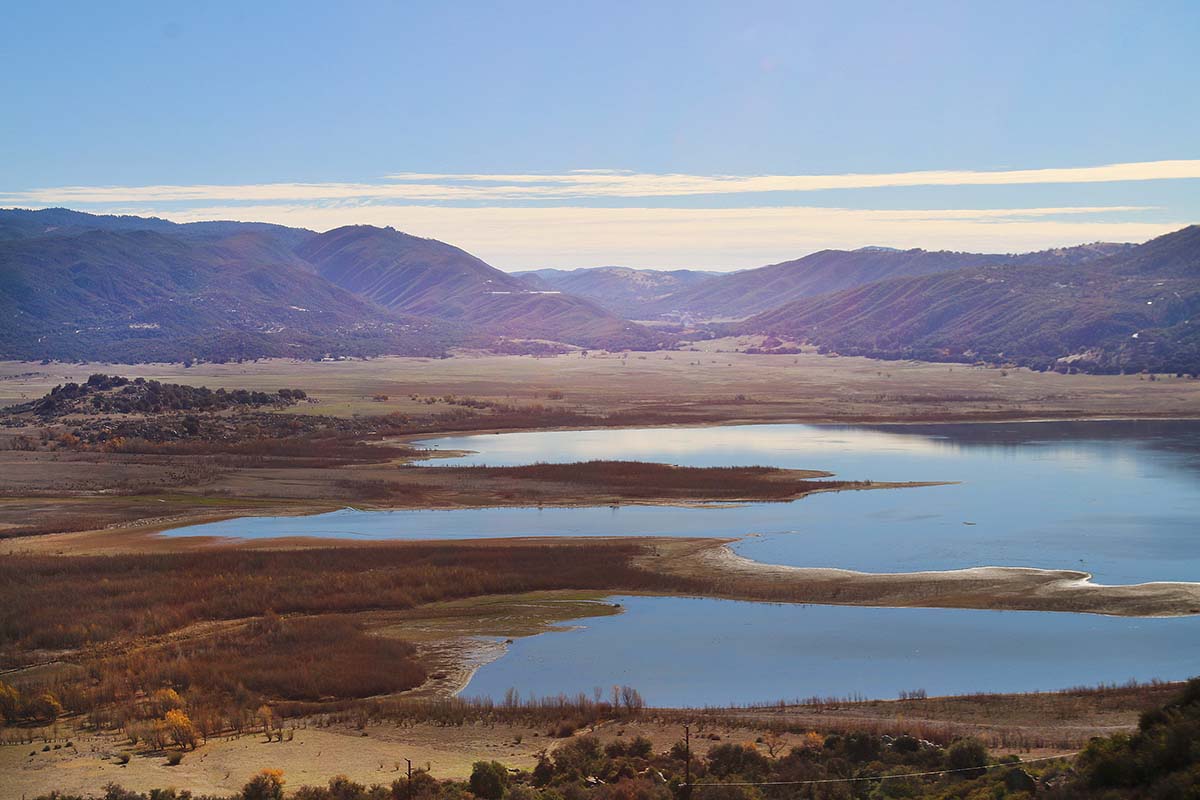 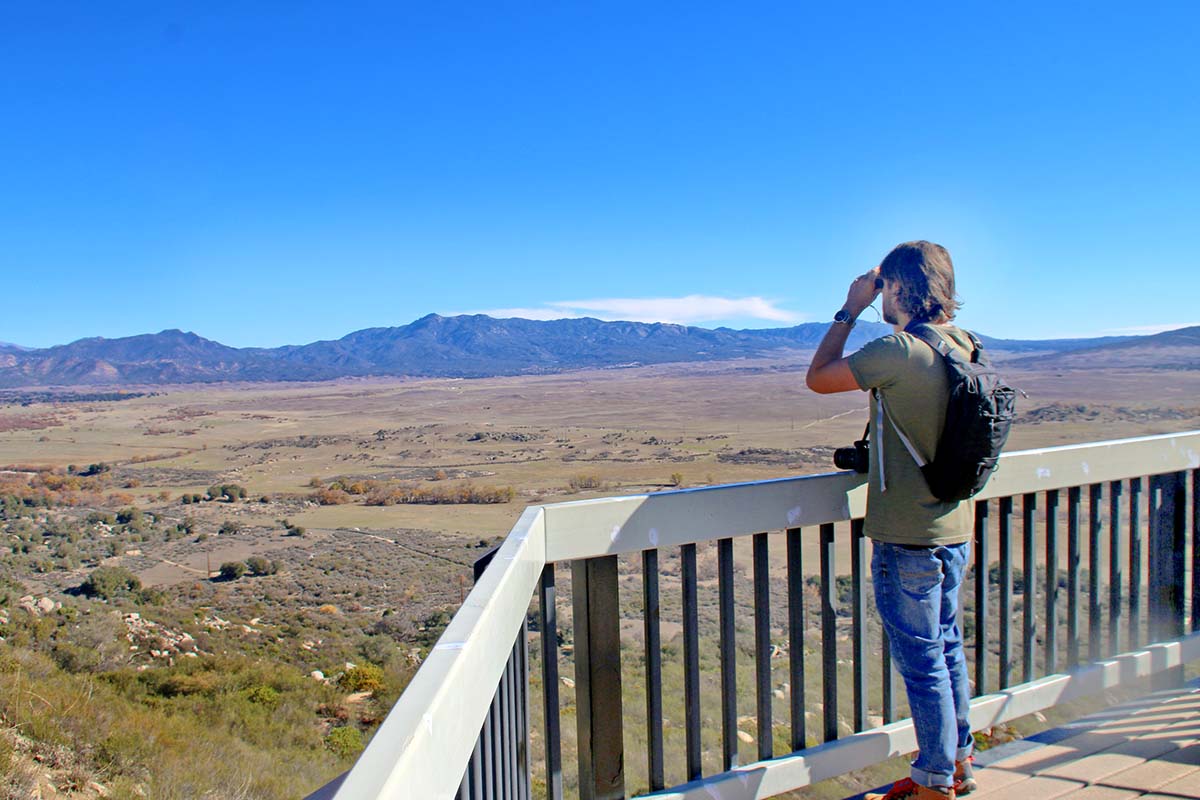 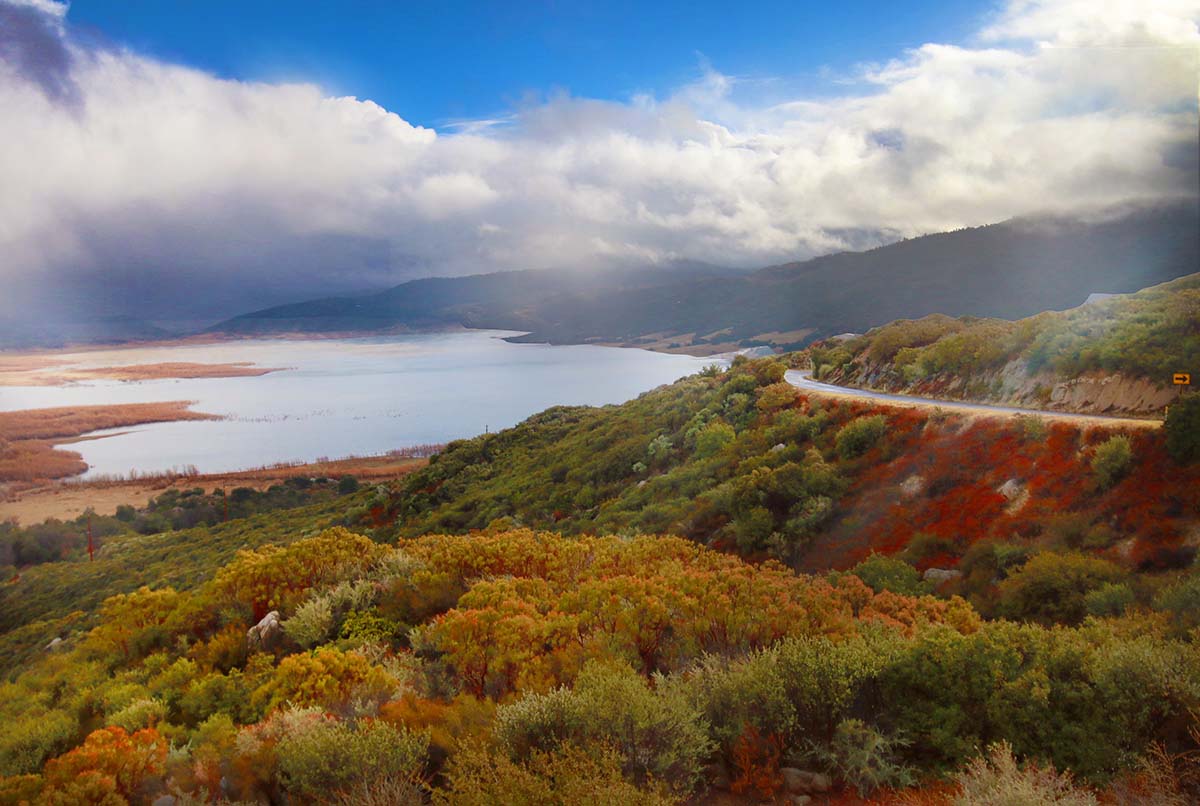 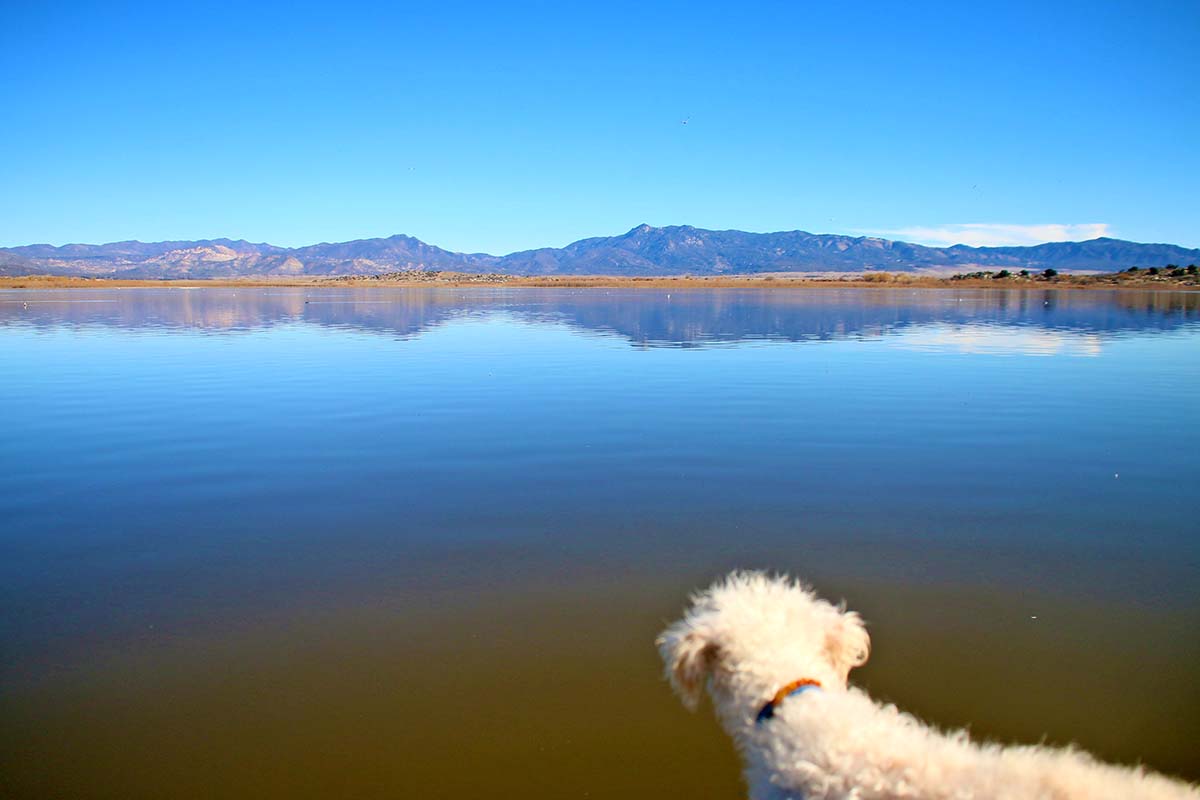 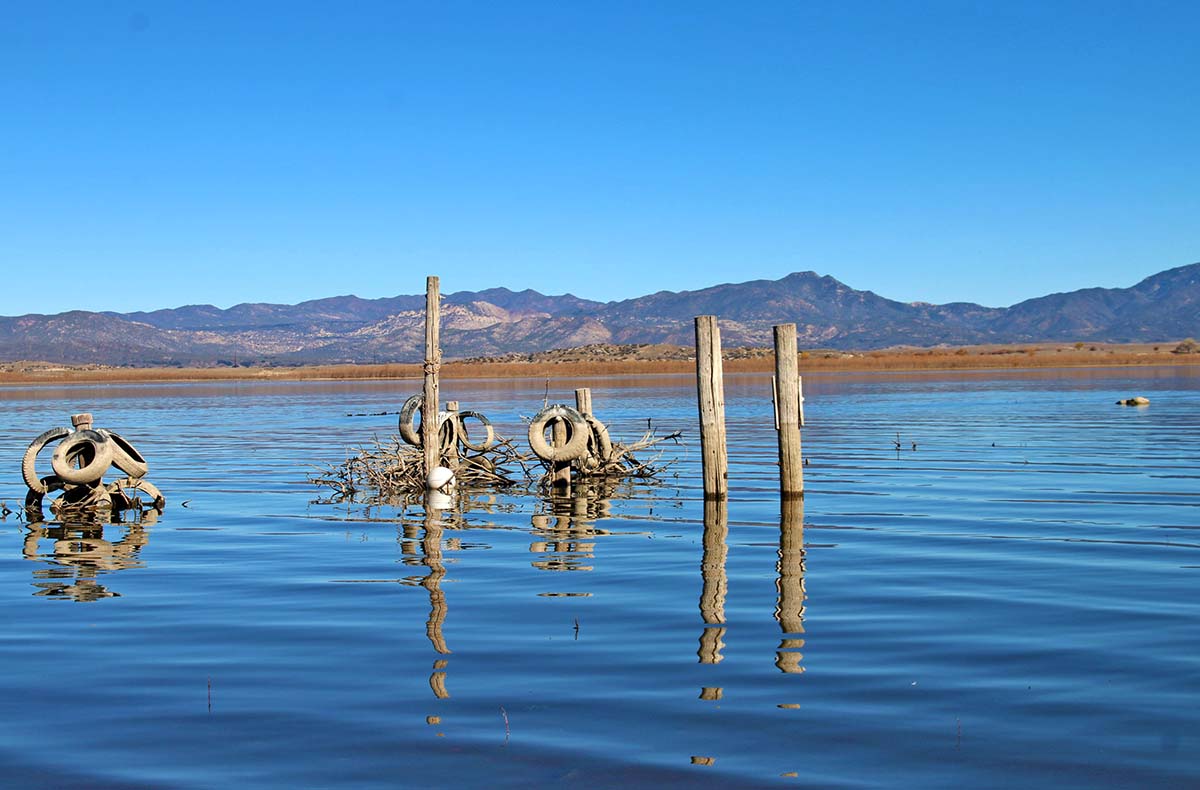 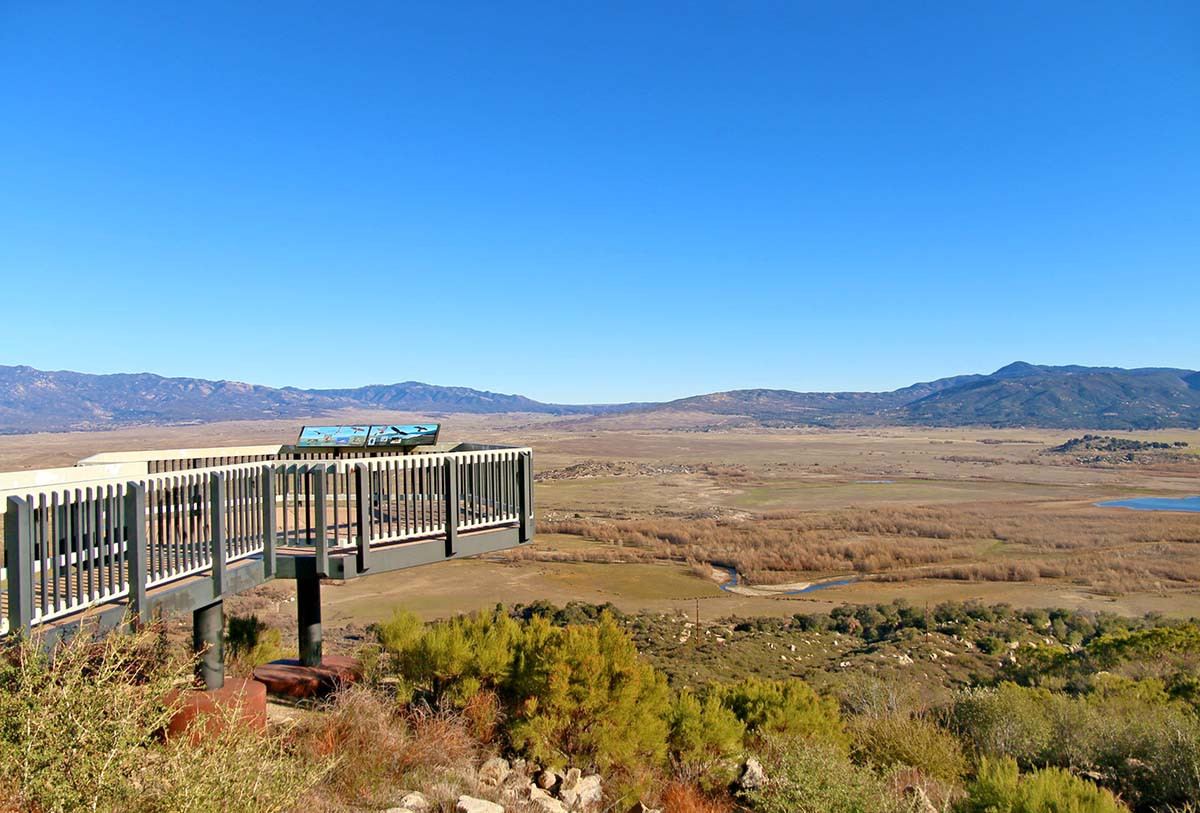 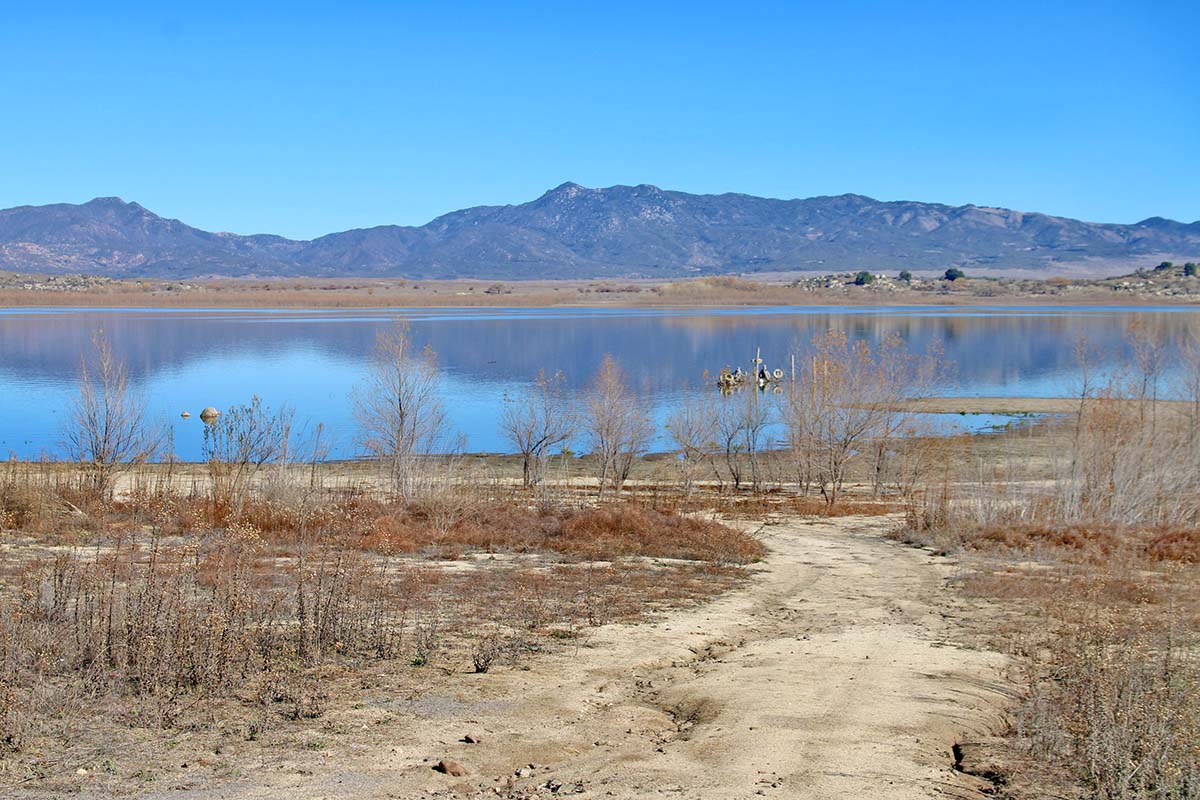 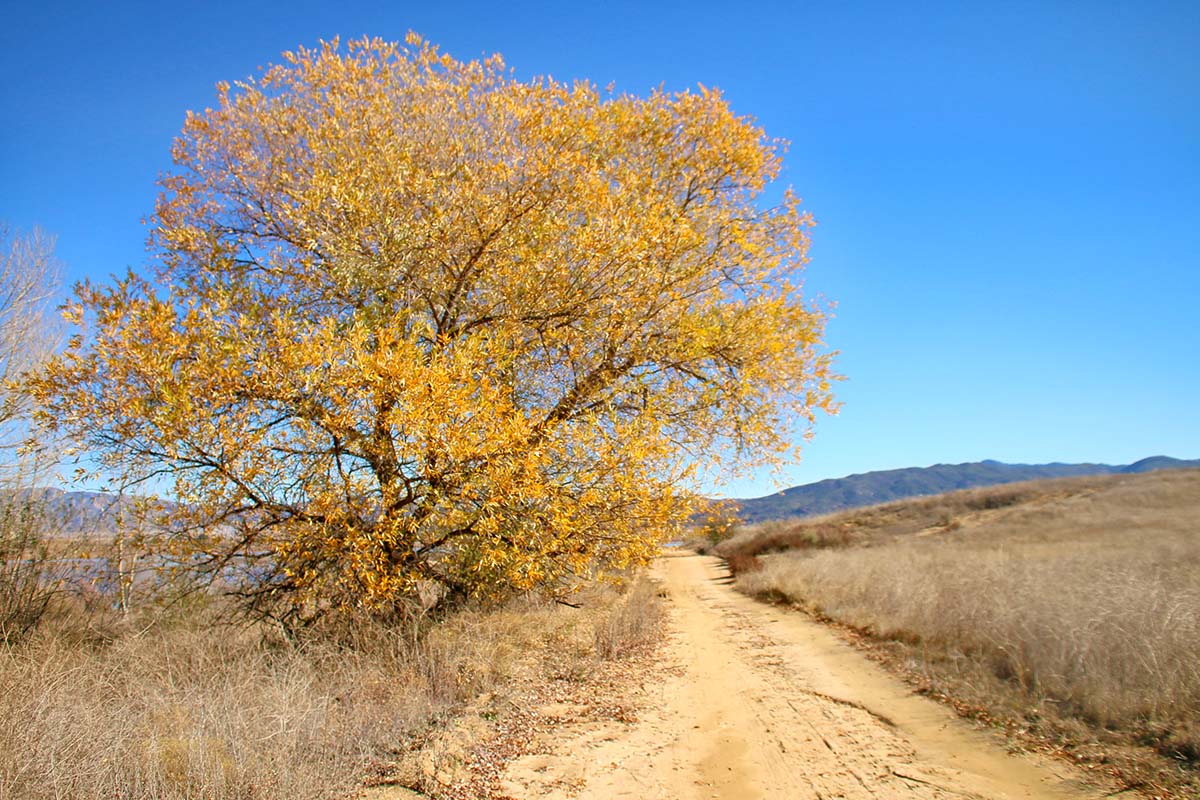 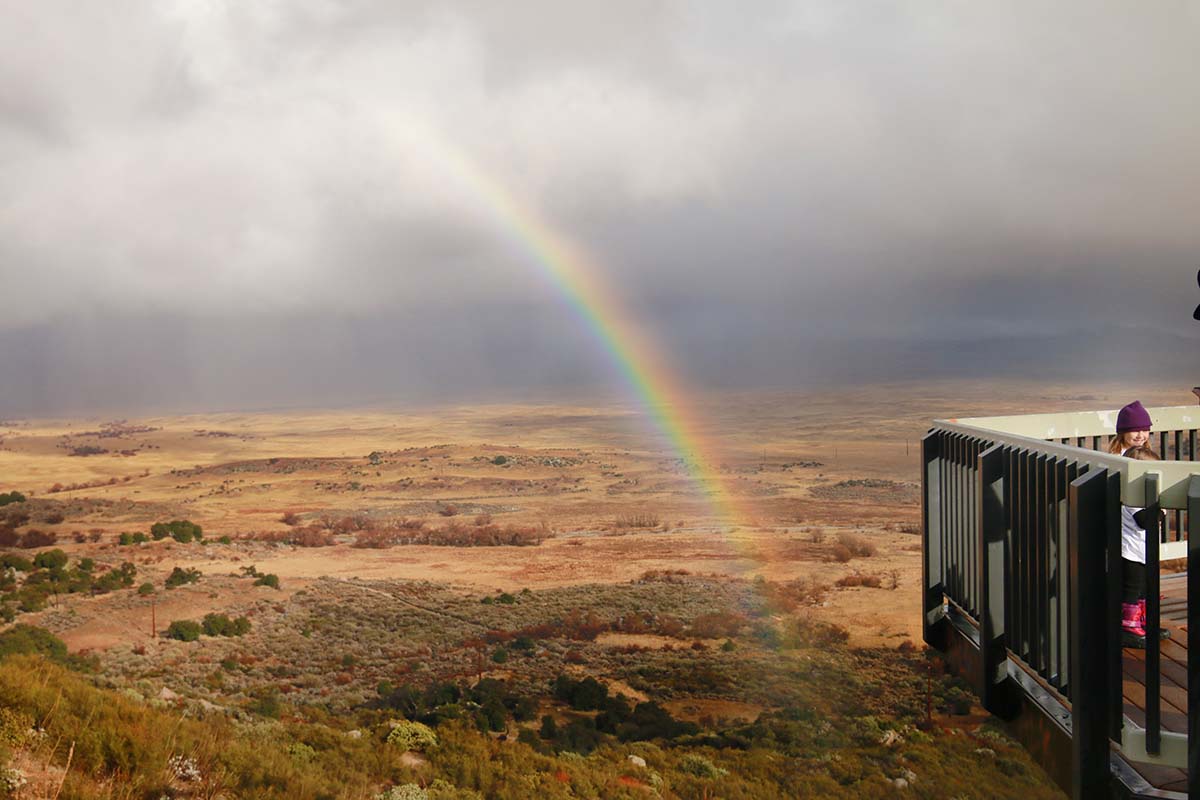