LOMA LAND: Where the Streets have Poetic Names

Article by Danielle Berkley of WalkaboutSD 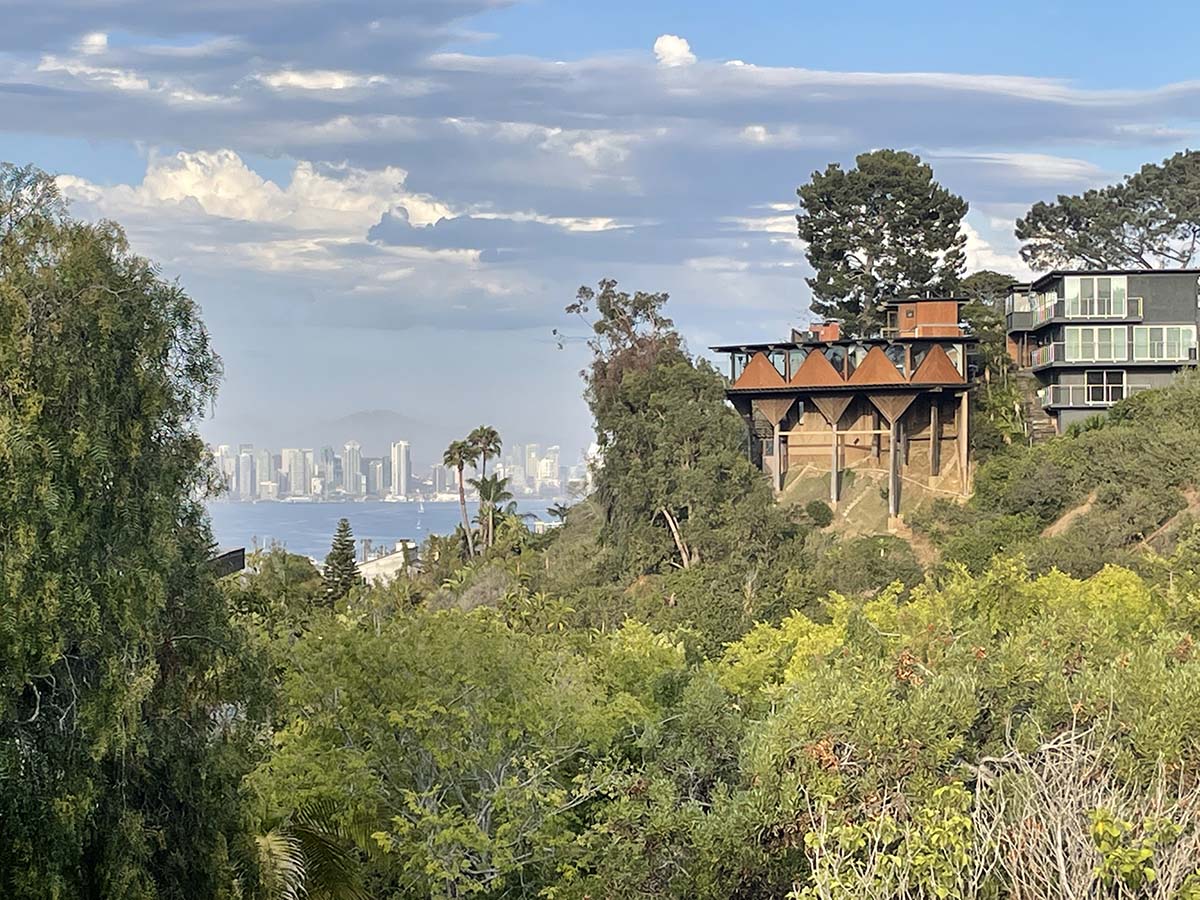 Well, well well whaddya know? As per the usual modus operandi a la walkabout I gotta find something new to say—something different than what has already been said. And then it came, my AHA! Moment or BADA Bing, as we say in New Jersey, I got it.

I was sitting in traffic one day on my way over to the peninsula— (traffic I know hard to imagine) and I was at the light forever and I said to myself before I fall asleep– I wonder if I can name the streets in order since they’re alphabetical?

Then, I said that is what I should write about in the next Hidden San Diego neighborhood walkabout article—how and where did the streets of Point Loma get their names? And it is not all of Point Loma to be clear, but I think between Lytton and all the way down to Kellogg Beach, undoubtedly the street names are authors.

I sometimes forget how well I literally know the street names to talkabout because I walkabout so much that I can easily overlook the value in that simplicity, especially in this instance. Moments like this remind me of a Buddhist riddle, and it goes a little like this: The trouble with enlightenment is that it is not so far away you can’t reach it, but that you are so close you are likely to miss it. Phew! Evaded that one…. 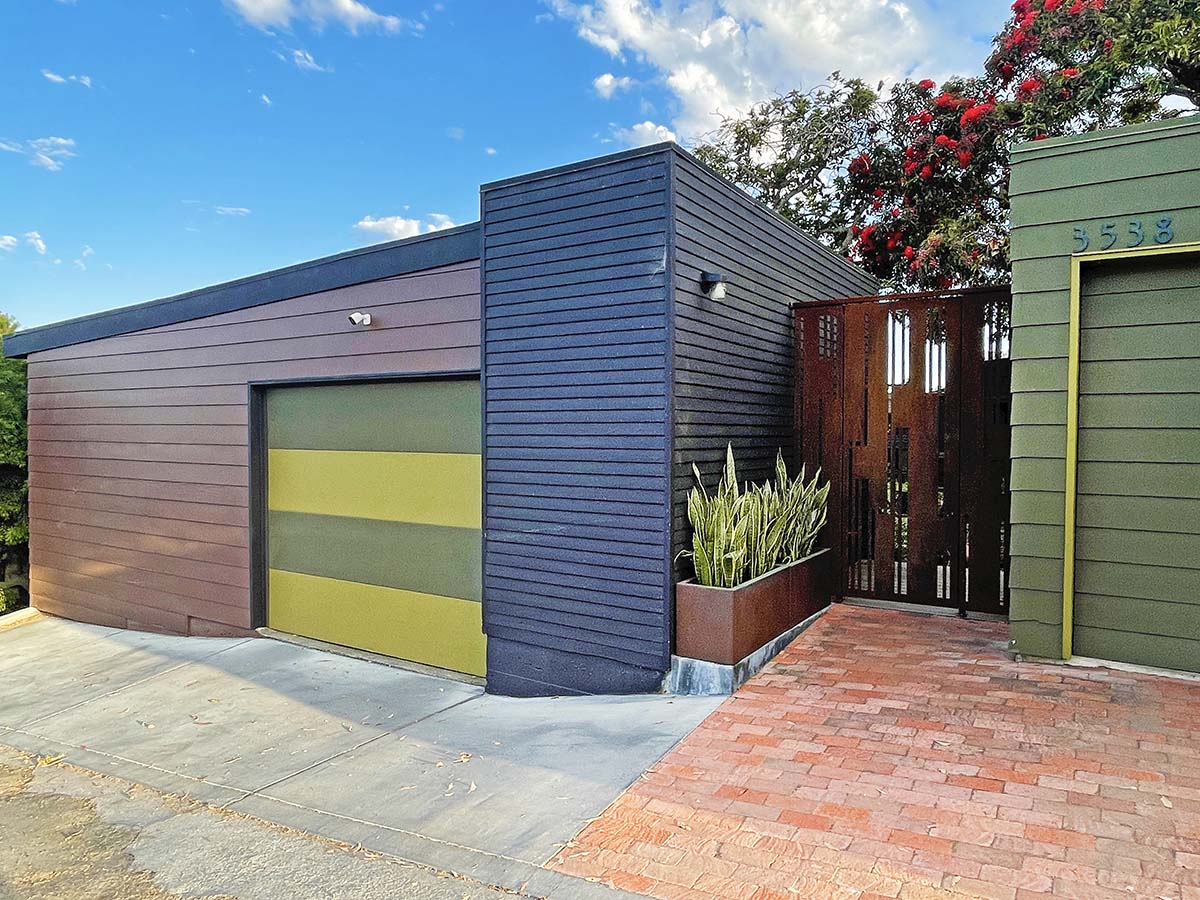 Before we delve into those street names, as per the usual here at Hidden San Diego’s neighborhood walkabout section, thoroughness is not to be overlooked.

Did you know that from the turn of the century until about the 1930’s, Point Loma as we call it today WAS NOT THERE! However, if you did pose the question to a local can ya Point (wah-wah) me in the direction of Loma Land, then you would get somewhere.

Historically, Point Loma was the first landing place when Europeans came ashore. Loma is Spanish for hill and the original name of the peninsula was La Punta de la Loma de San Diego (say that five times fast) translated as hill Point of San Diego until anglicized to Point Loma nearly two hundred years after the peninsula was discovered. 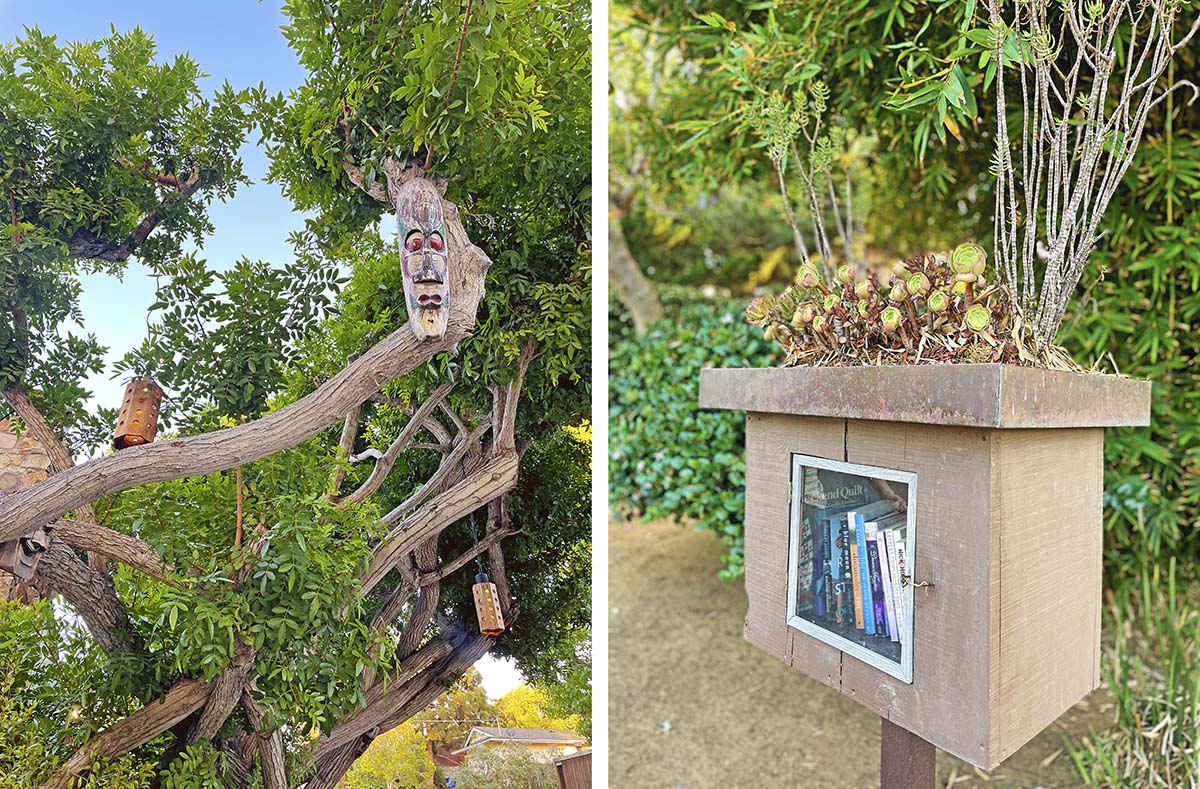 The peninsula was where Loma Land began and today it boasts two military bases, a national cemetery, a national monument, a university, as well as residential and commercial areas. THAT’S impressive because it is certainly not a huge peninsula (7 miles to be exact). I know what you are thinking, there’s no neighborhood in San Diego called Loma Land. Well, there was until about 1962.

Loma Land was a theosophical school founded by a most eccentric and mysterious woman, Katherine Tingsley. She wanted to build her own “Camelot” where children could learn pragmatism, dedication, and administrative skills, as well as a sense of the theatrical, and of course a commitment to the theosophical society. 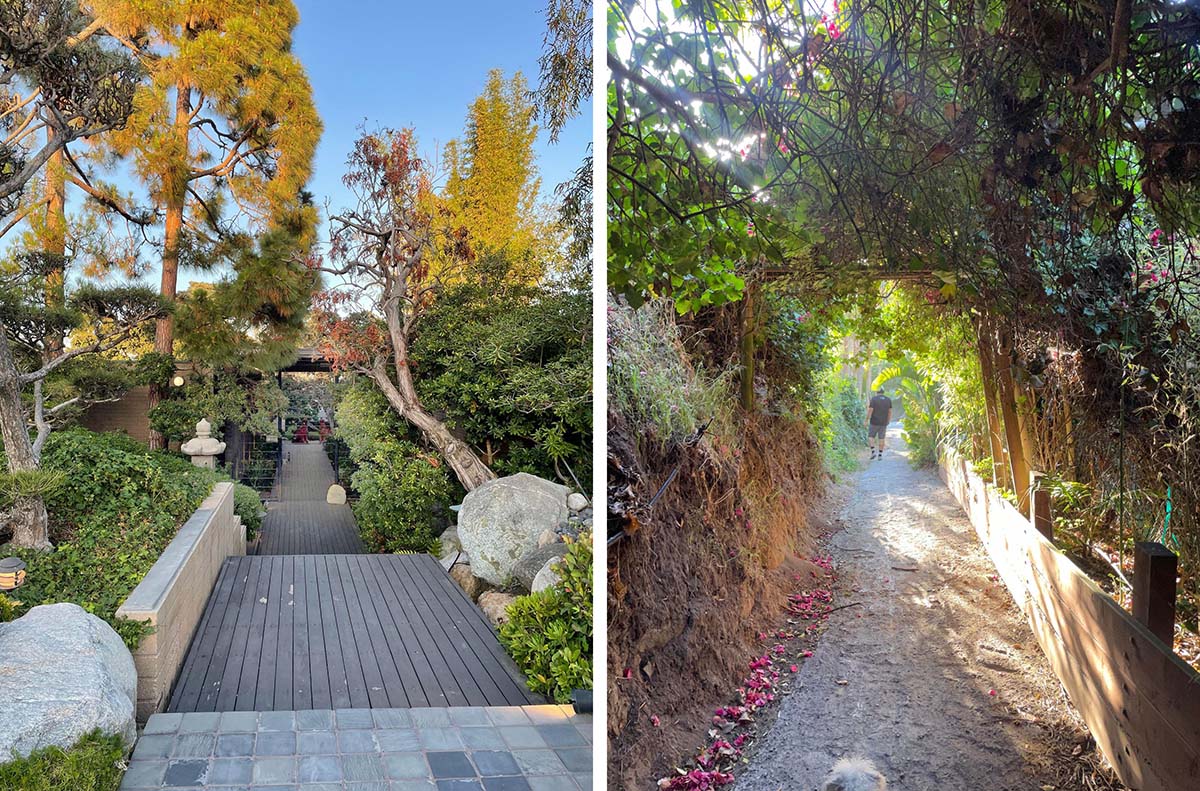 The “School for the Revival of the Lost Mysteries of Antiquity” dissolved in the 1920’s after the passing of Ms. Tingsley, unfortunately. Loma Land was known for its unusual architecture and even more unusual lifestyles from 1900-1920.

Producing most of its own food, the society also experimented widely with planting various flora and fauna that gave way to a “wooded area” replacing a barren area to what we currently experience today—a peninsula rich in nature immersed in outstanding views of the Pacific, downtown, and the harbor.

On we march to uncover some of these “lost mysteries” …. 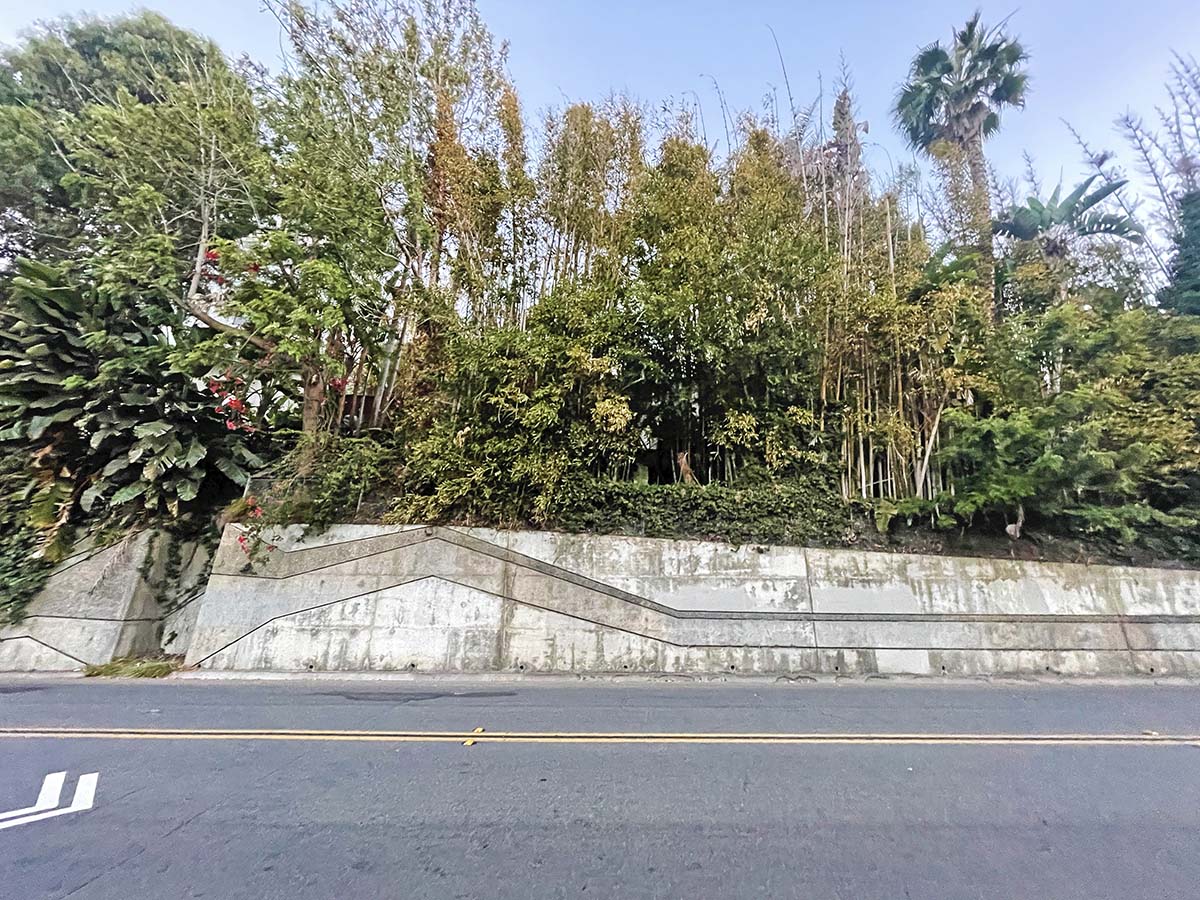 Now, I think as I am writing this, it is coming to your minds. Ah the streets with the names of the Authors. Let’s see there’s Voltaire, Byron, Dickens, Tennyson, Zola, who else? Can ya’ll do it? Yonge, Xenophon, Addison, Elliot, Udall….I will not bore you to death listing the streets in order.

After extensive archival research, I was able to discover that a city engineer for San Diego sometime in the early 1900’s, Loris Jackson David, suggested since the letters made up downtown as well as trees, that the focus should be on natural objects to men of science, literature or statesmanship as this new area develops. 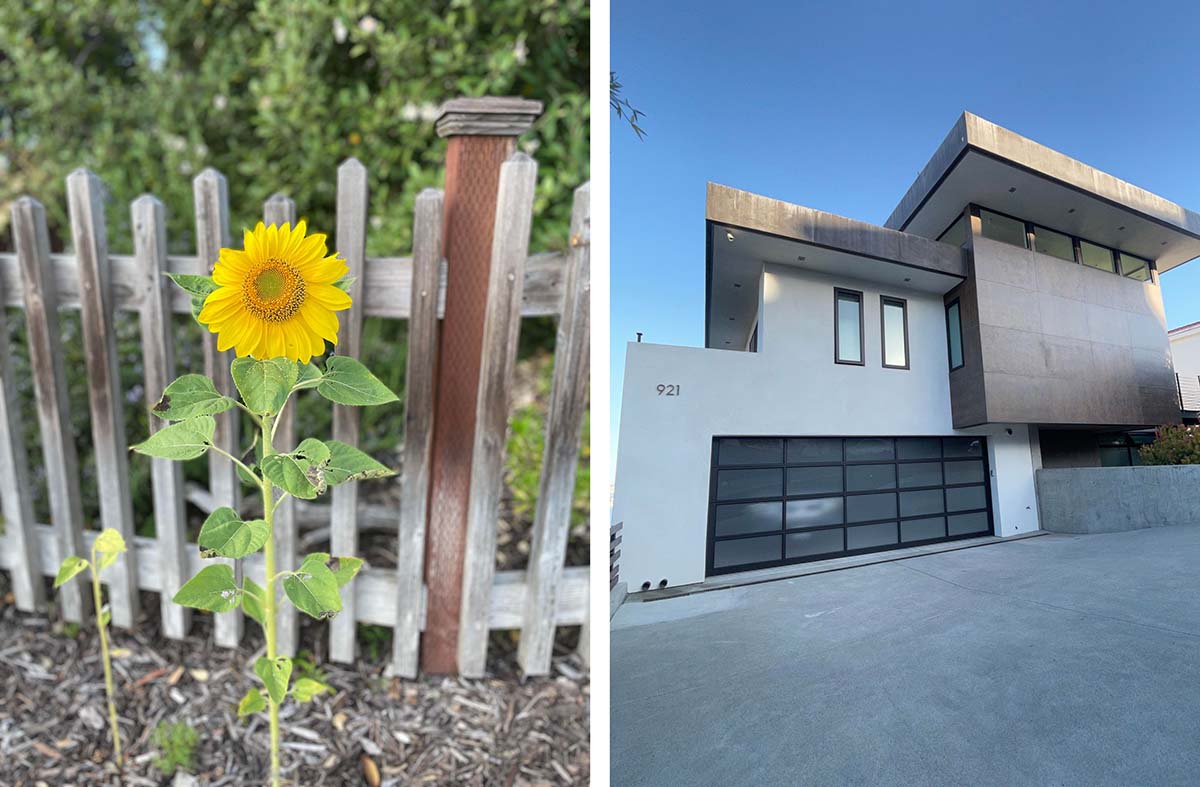 That turned out to be quite a fine decision seeing as Point Loma is the epitome of Southern California lifestyle—outdoor access to just about any activity you can think of. It is close to all—boating, fishing, downtown, the airport, paddle-boarding, surfing, hiking, beaching, shopping, eating…. From the stunning views of the bluffs at Point Loma Nazarene to the dramatic sunsets and deliciously fresh air, I say Yes! Let’s go there.

What I love about walking around here is the range, variety, and history visible in the architecture, in the infrastructure itself, and there is a lot of depth and range from single family residences, bungalows, craftsman, mid-century modern, Spanish mission revival, and masterful estate mansions to newer modern condominiums by Liberty Station. 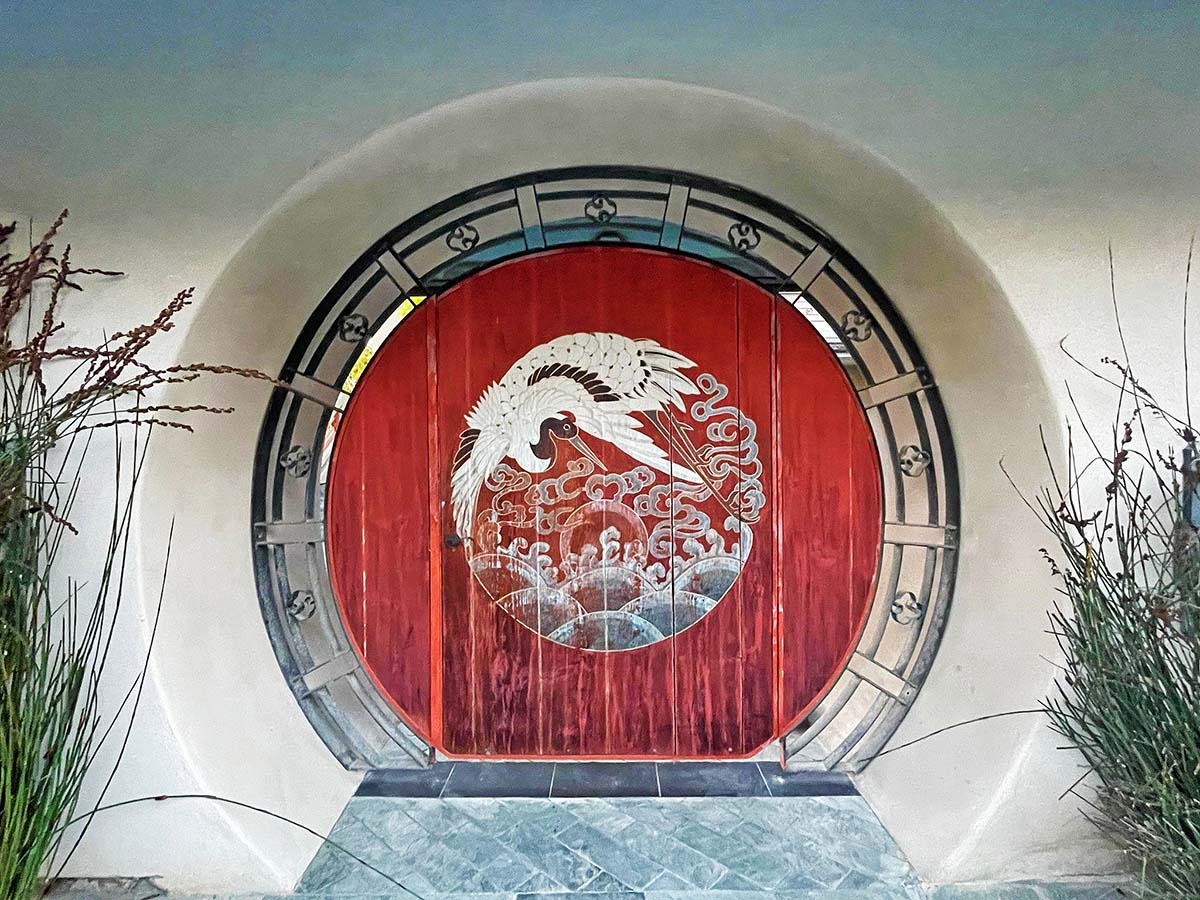 The residential enclaves tucked away, such as the wooded area, also give the neighborhood its uniqueness. The homes seemingly designed with a profound respect for nature, hidden from the street, and opening out only when one is inside. Beauty, privacy, and fresh air, is there anything more? Of course, connectivity and catwalks.

Scattered throughout Point Loma are some of my favorite hidden paths that are indeed public property specifically designed for the public during housing booms before roads where even there, people had to walk and most to the harbor since that was where work was. To get there, the city installed temporary pedestrian access ways as the Point Loma we visit today was in the process of being built. 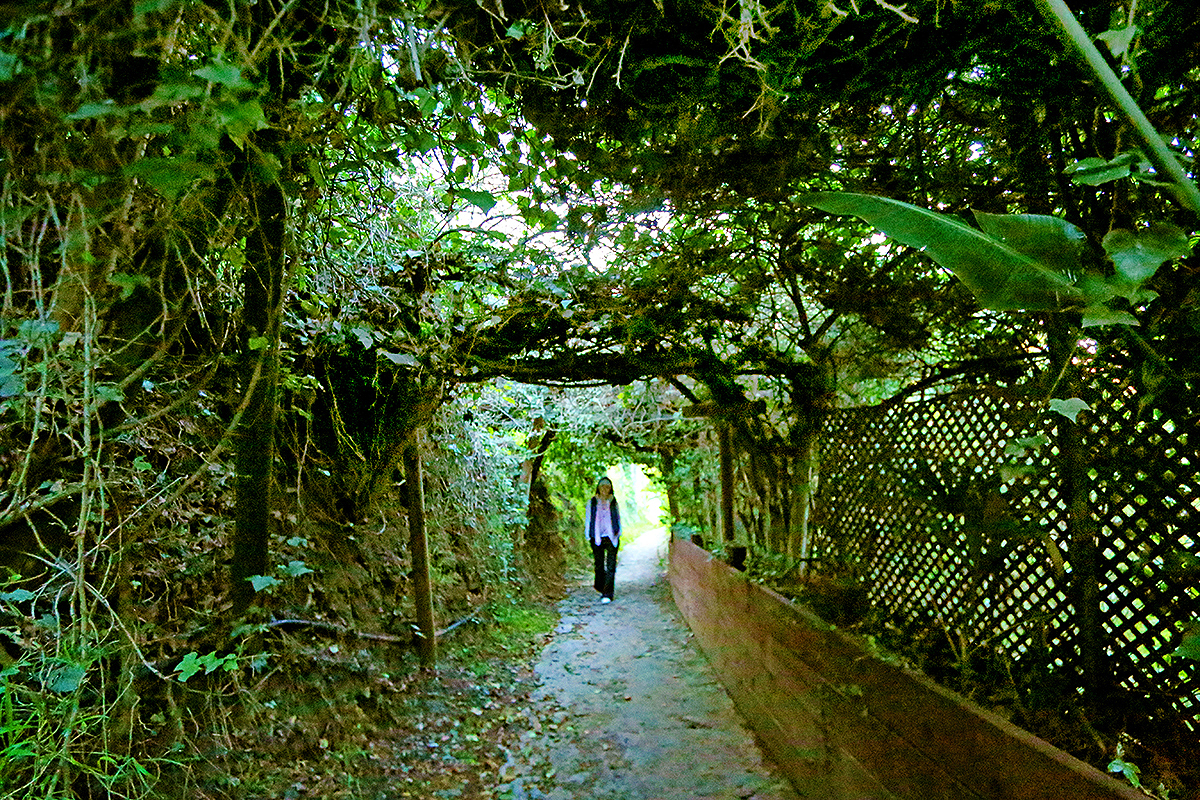 I also love the old streetlamps, perfectly manicured lawns with the most delicious smelling flowers and an almost jungle like botanical feeling while meandering the wide-open streets that I commonly refer to as the glorious Kramer lanes. The treehouses rival Coronado and Mission Hills, with a personal vote of the best treehouses in San Diego from yours truly. 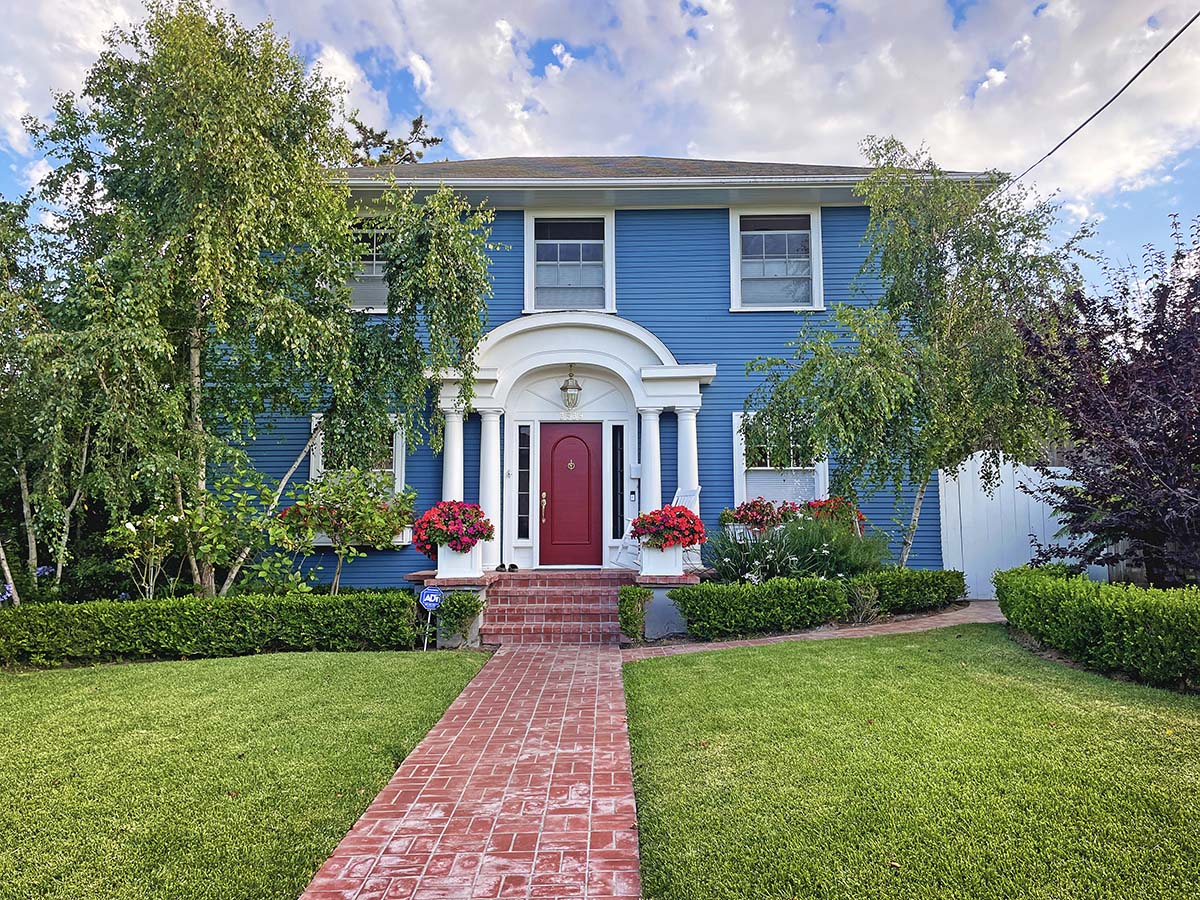 The walkabout in Point Loma is great because most of the sights cannot been seen driving for, they are in the little details like the adorable mailboxes to little free libraries scattered all over with neighbors concerned about the variety of books they offer and asking my opinion–LOVE IT! To little courtesy benches all over LOVE THAT! To mini secret parks with banana trees, and even a Yeti if you can find it.

This is a community that CARES and has good air. Go there. Find a new author by talking a walk. Say what? Yes, folks it is that easy. And you can quiz me. I have no doubts about where I walkabout. 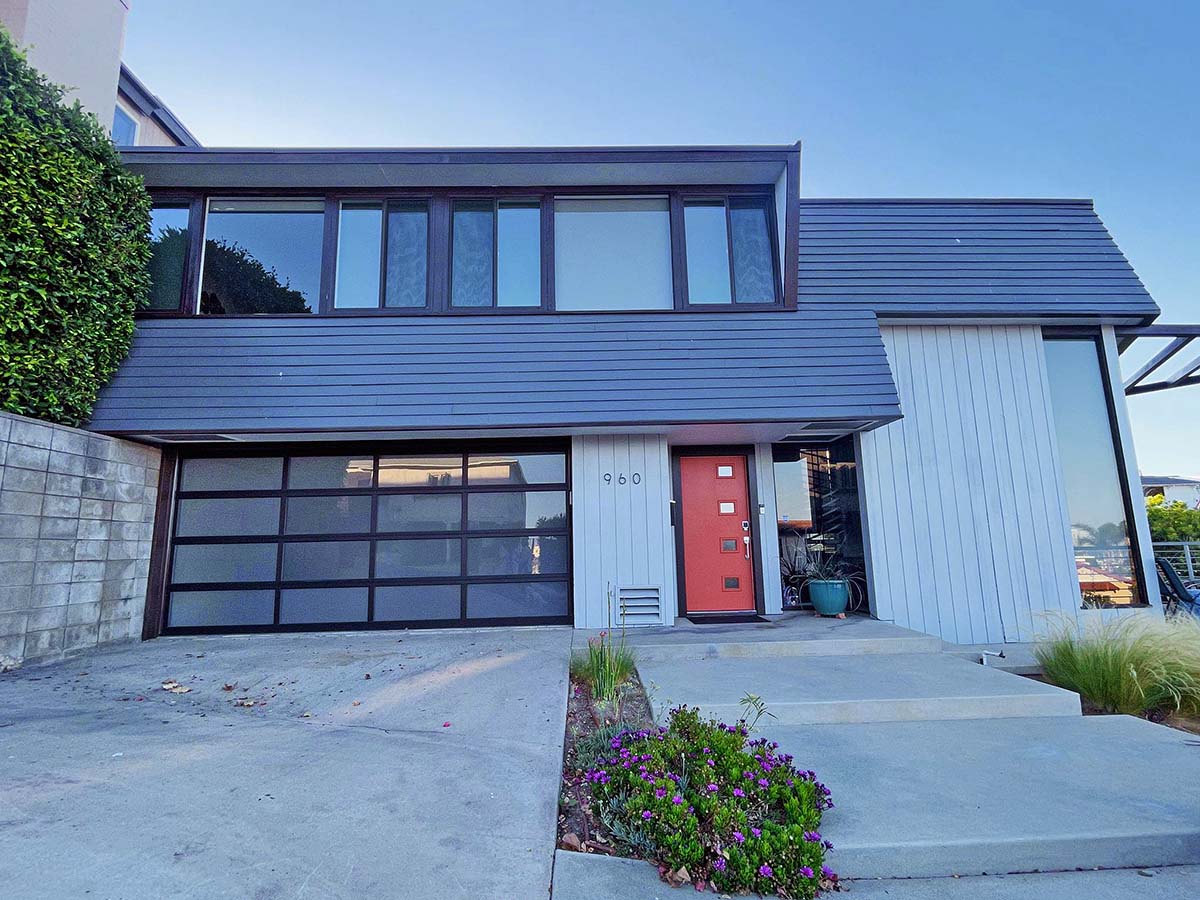 HINT: If you’re enjoying this post, check out our article on the Top Hidden Gems of Los Angeles next! 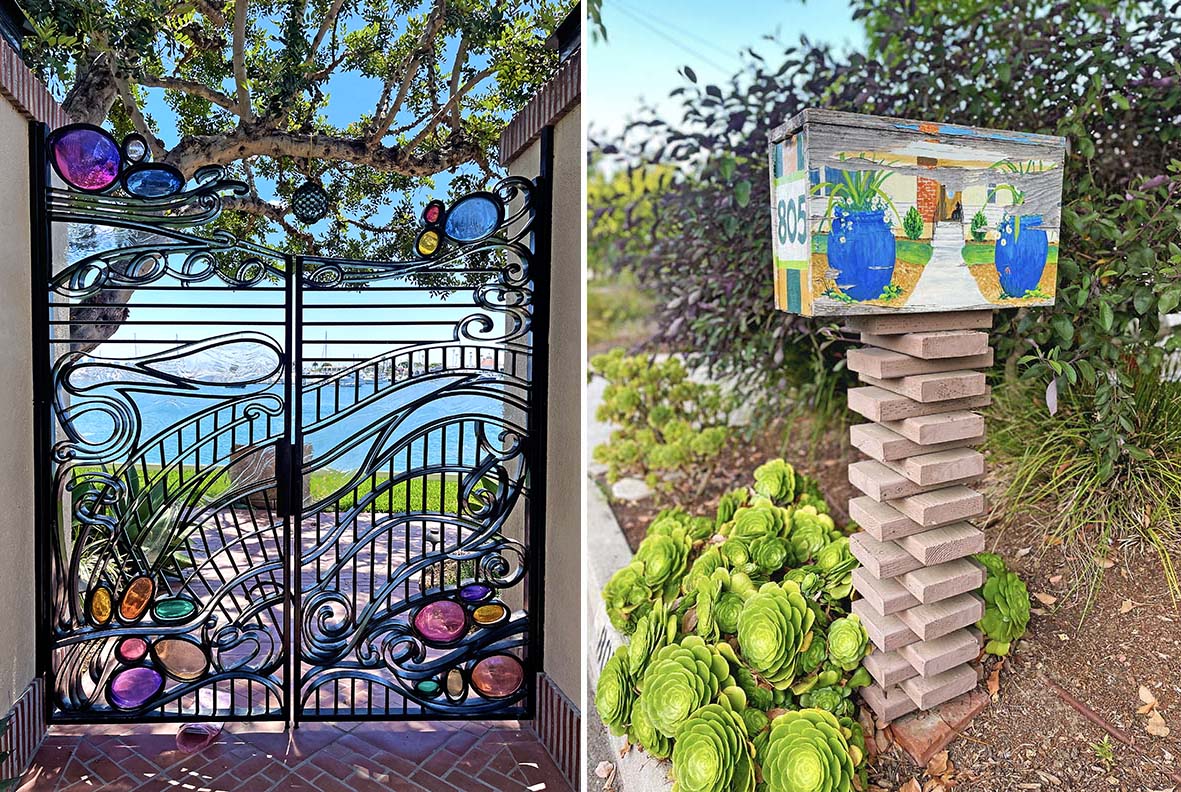 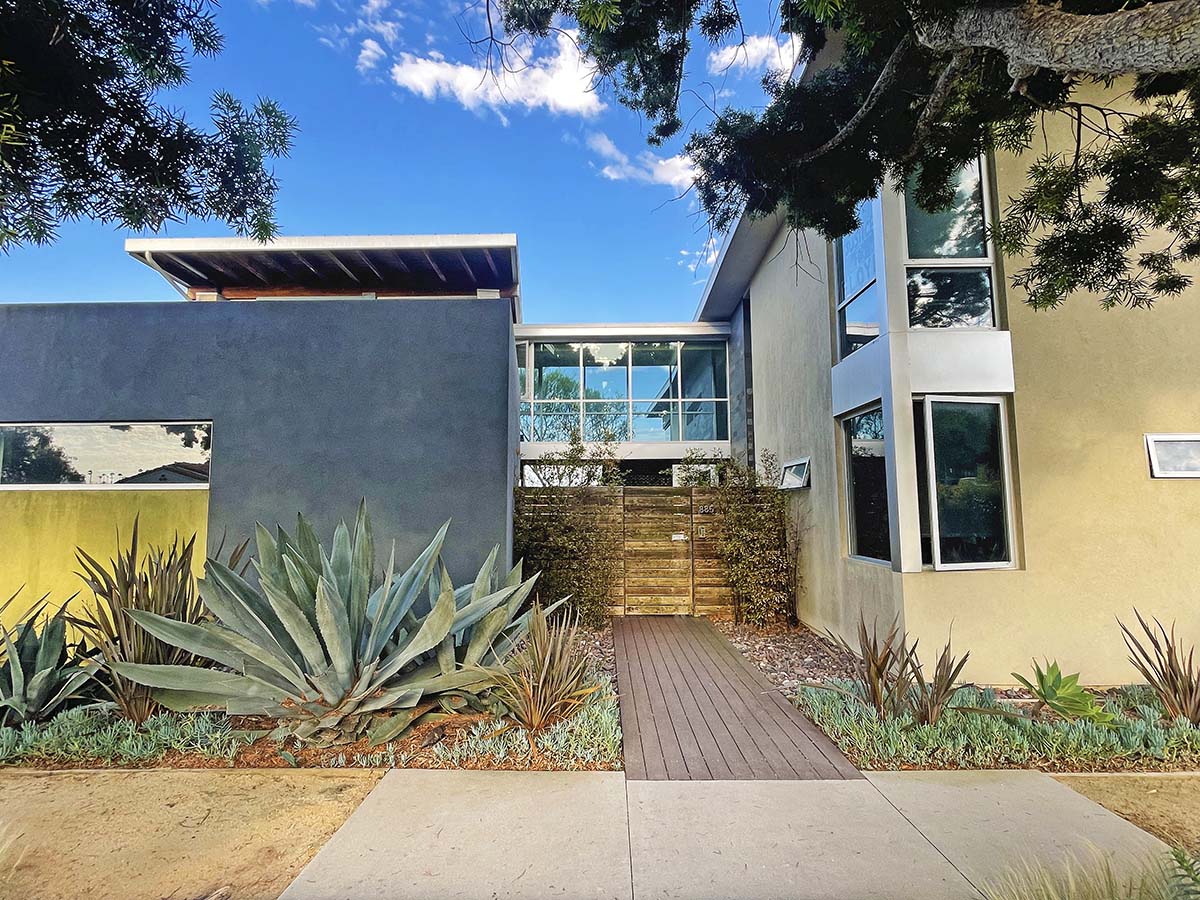 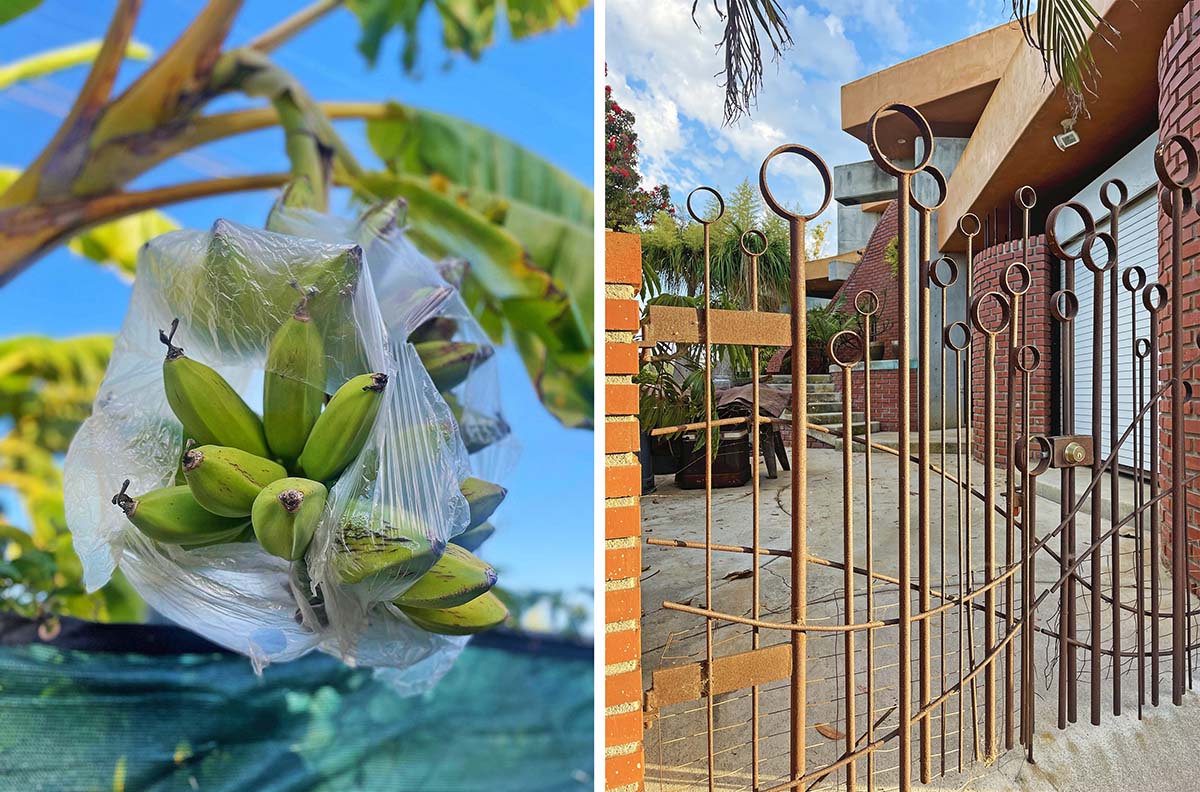 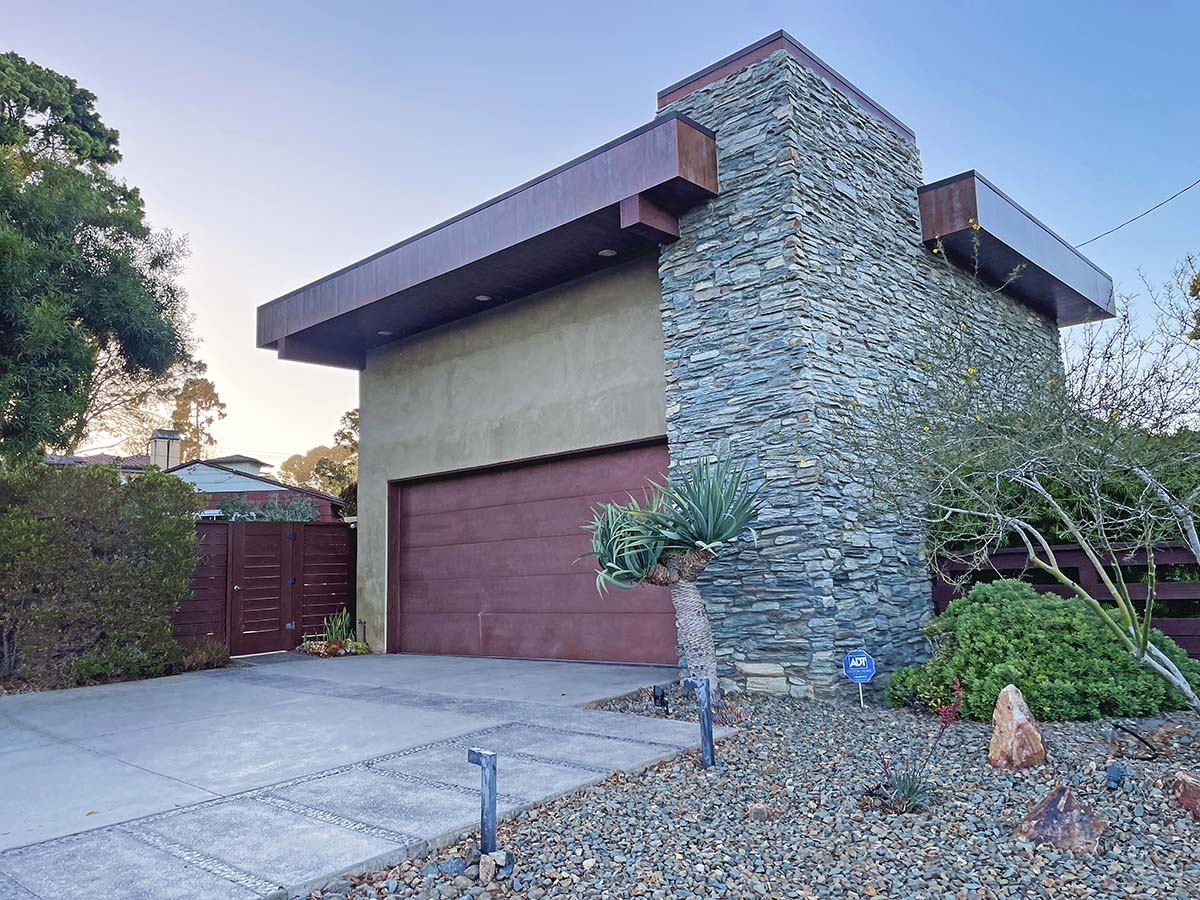 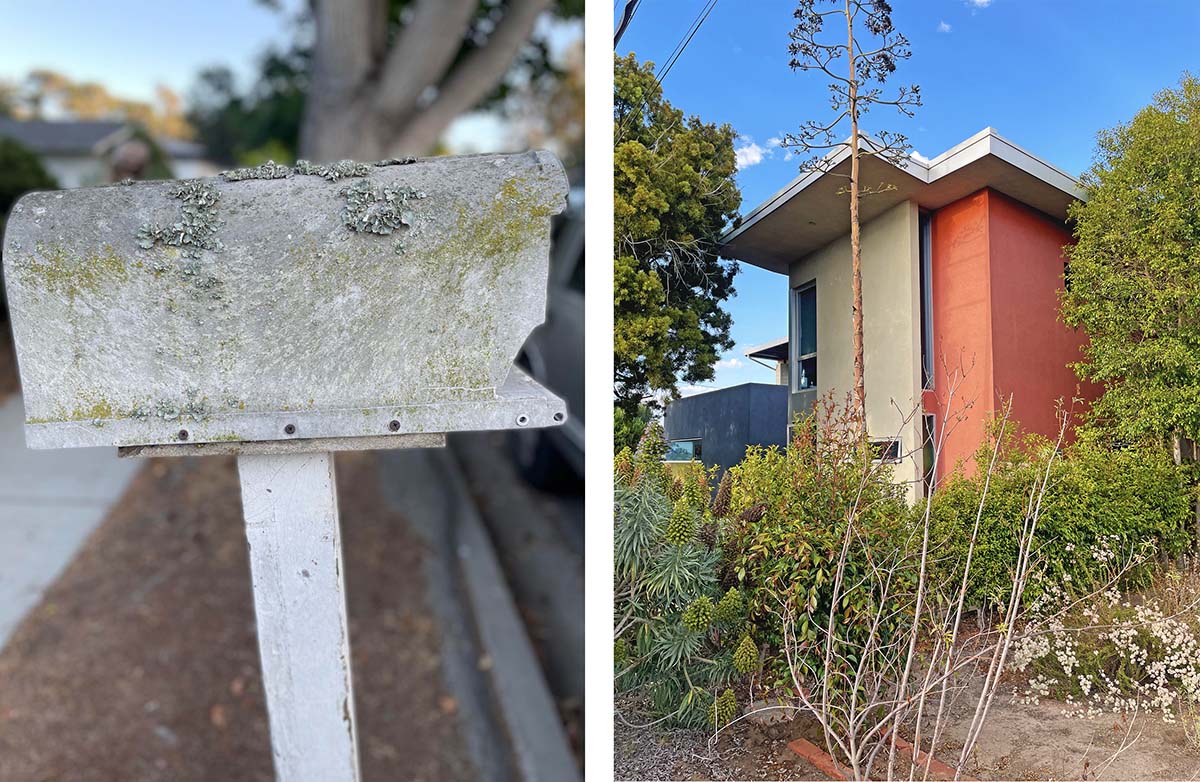 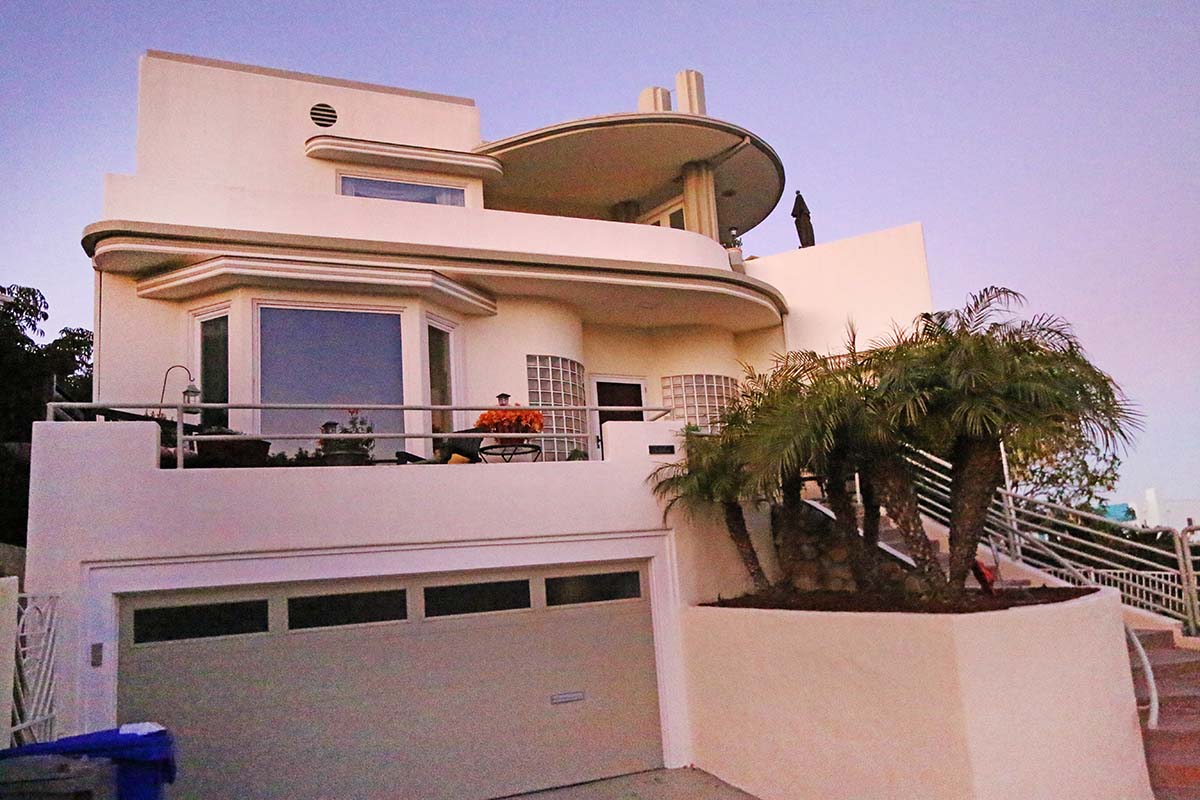