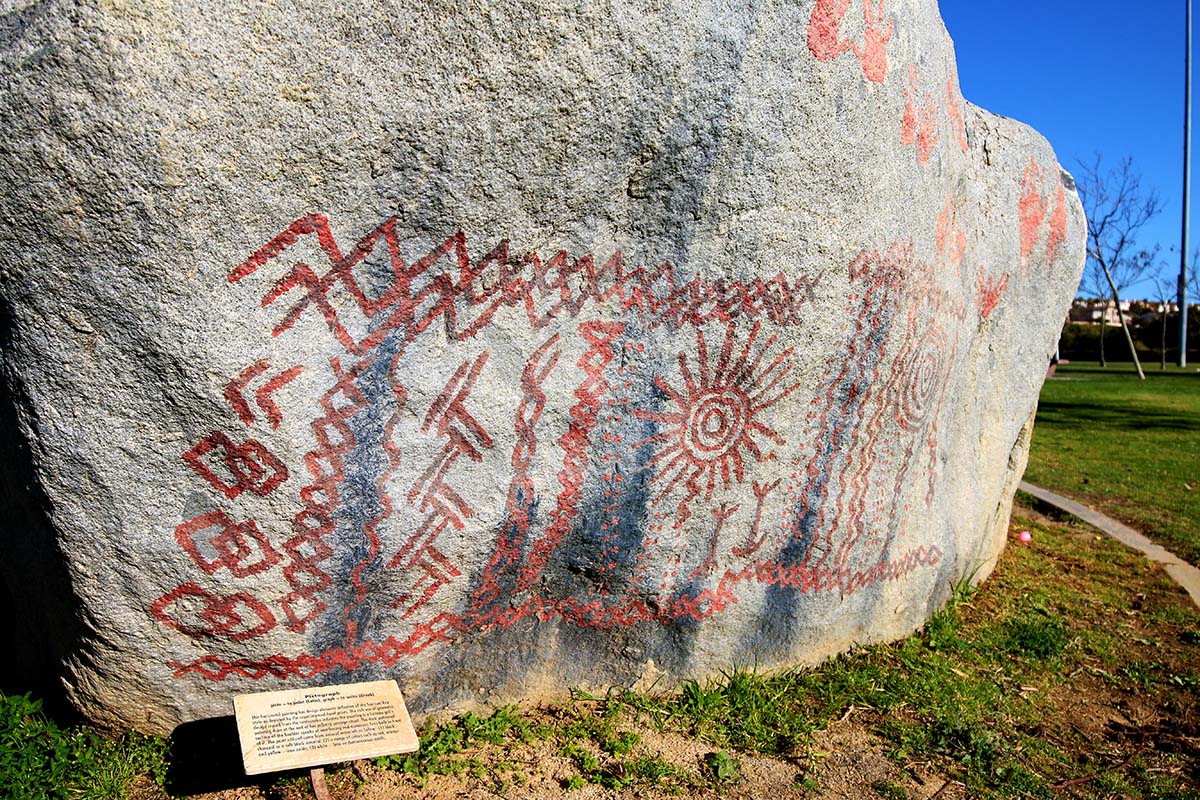 We had been visiting Luiseño Park to play various sports on and off for a month when we finally noticed one very interesting boulder. Quite distinctly was a painted pictograph on it.  It was obviously created with modern-day paint but below the rock sat a small plaque stating it was a pictograph with a description of what it was interpreted to mean (interpretation shown in the photos below). 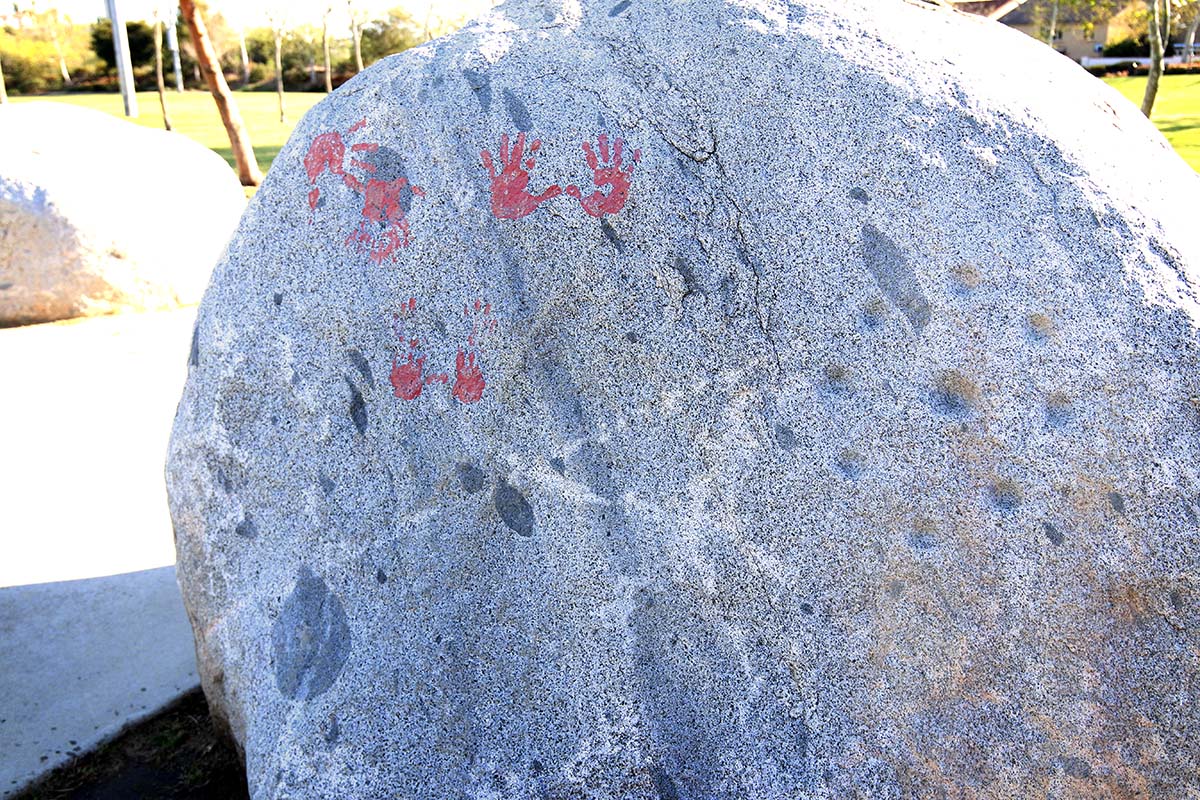 I was so puzzled at first, wondering if someone had painted over an authentic pictograph that was fading but why the heck would anyone do that?  And why would this be so available to the public, with a playground built around it?  Why was this not guarded and fenced off?  So many questions!

This instantly made me wonder what else was in Luiseño Park.  Walking around the immediate vicinity, it took no time to stumble upon three distinctly-aligned rocks that were arranged in such a manner that you immediately felt drawn to them.

Sure enough, on the other side of the cluster was another pictograph and plaque!  This drawing was was of a complex maze system. 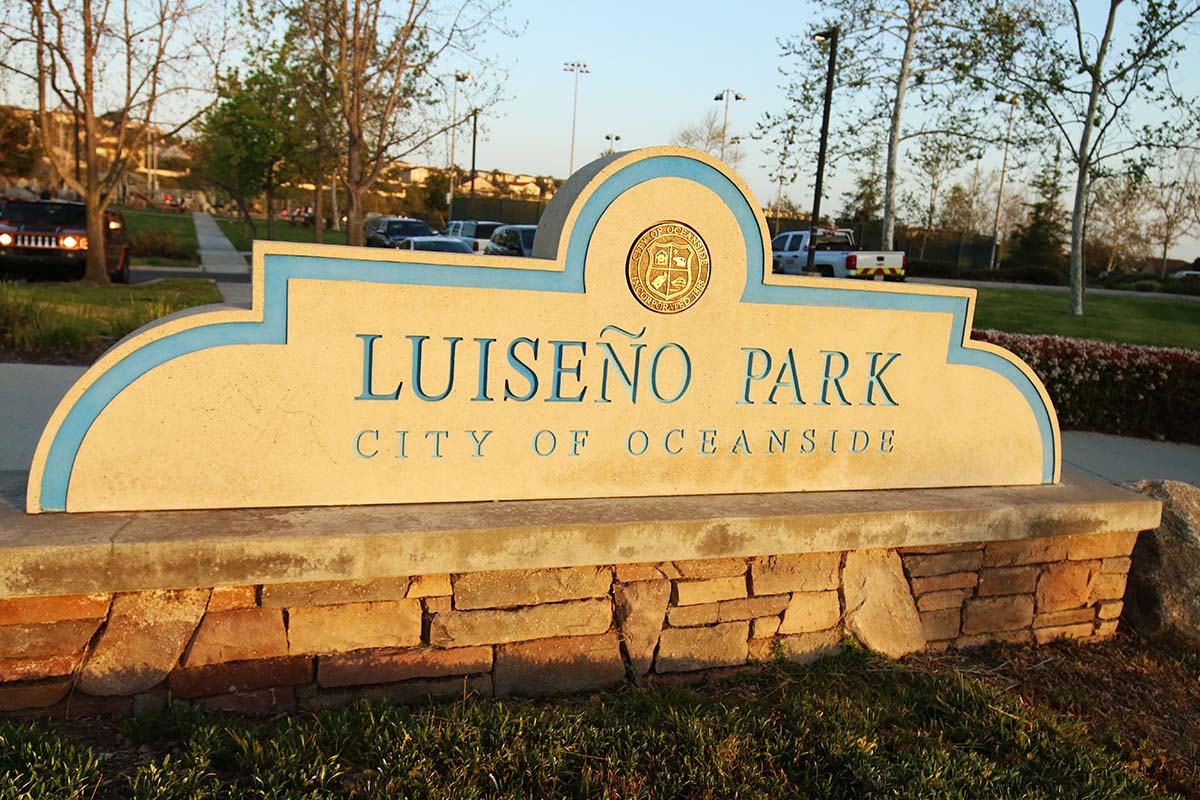 Shortly after we came across a large plaque explaining what this park was dedicated to:

With the arrival of the Spanish conquistadores (conquerors/explorers) the two cultures came together, predominately the by the chain of the Roman Catholic Franciscan Missions found throughout California. The Luiseño Indians were the labor force behind the development of Oceanside’s San Luis Rey de Francia Mission and its ranchos (ranches). 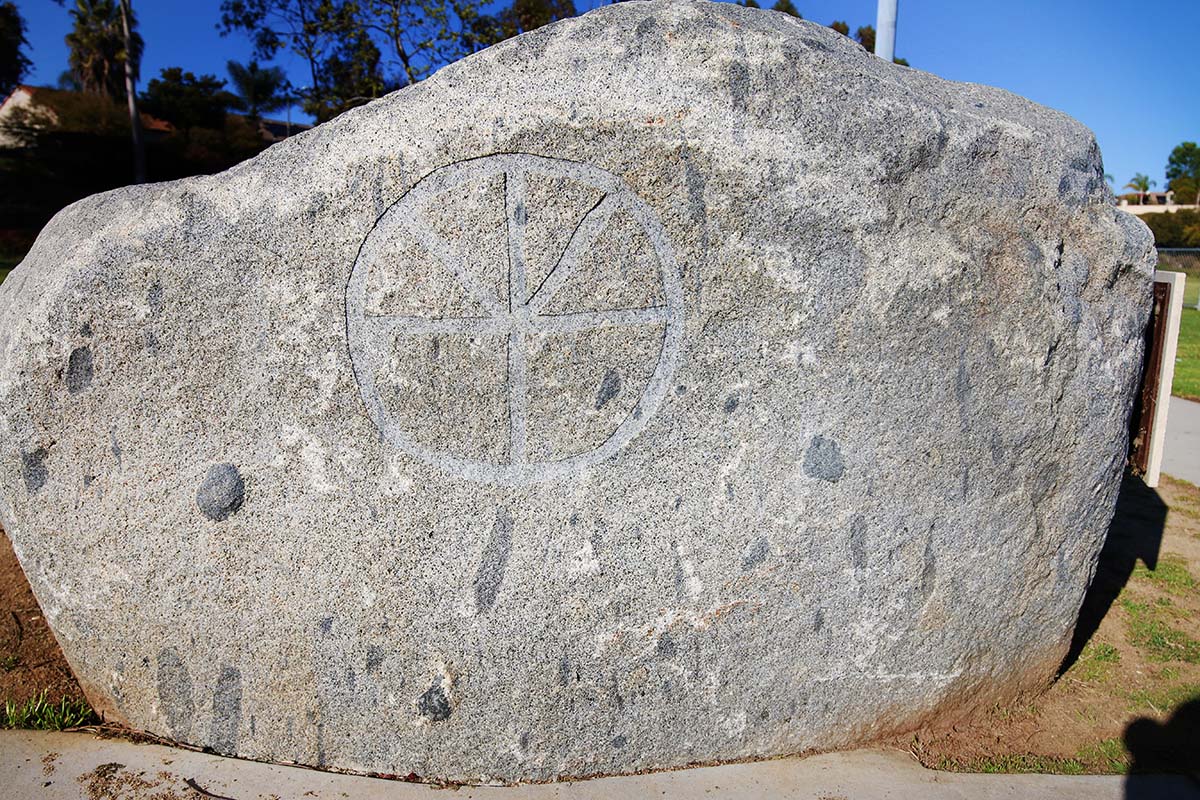 Many of the Luiseño villages were lost to the development of the surrounding areas; to this day, no San Luis Rey Luiseño village sites remain intact. Only fragments can be found at specific locations within Oceanside, such as the Morro Hills area.

The City of Oceanside Parks and Recreation Department and the San Luis Rey Luiseño Band of Mission Indians have brought together examples of the last culture to best recreate a Luiseño village at this site–where a village may have existed.

Scattered among the granite boulders are reproductions of village features. Please respectfully enjoy the park and its interpretive Luiseño village.”

So there it was.  We had stumbled upon (in my opinion) one of the most unique parks in San Diego, created as a replica of an ancient Luiseño village.

We walked around the entire perimeter of Luiseño Park and almost like a scavenger hunt, kept finding more and more plaques with mind-blowing Native American replicas based off of actual artifacts which have been found in this area.

While you’re in the area, make sure to visit Guajome Lake nearby!

When we got home I went right to researching the back-story of this park which was when I learned about one incredible lady and her contributions not only to the legacy of her people, but to the vision of this park. Her name was Louise Munoa Foussat, and apparently, the vision for this park came to her in a dream approximately 20 years before its manifestation. She had wished that there would be a park near her homeland that helped narrate her people’s history. 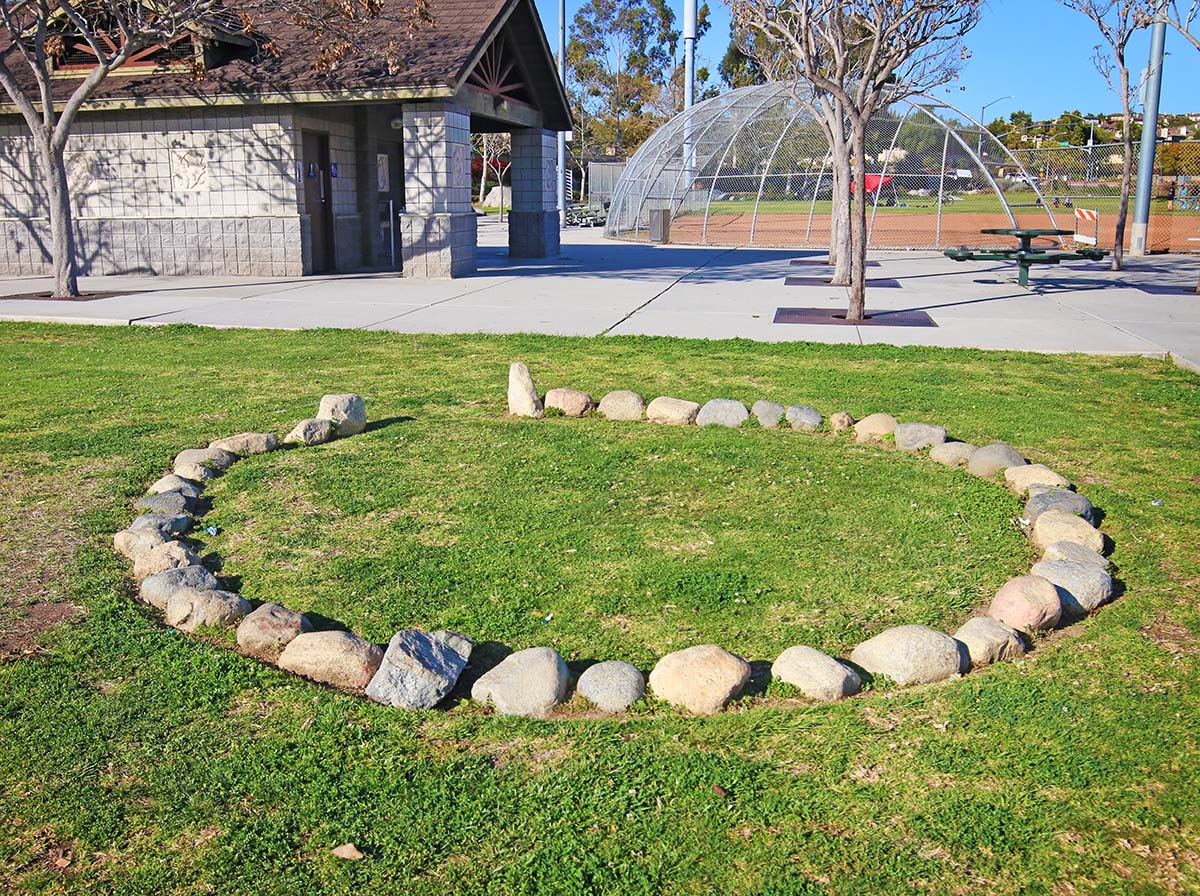 She was a huge advocate for her people for the duration of her life and even has a school in Oceanside named after her! It is noted that growing up, Foussat was not allowed to attend the local public schools due to her indigenous heritage.  You can read a sweet interview with her here.

About the Park: The artifacts of the park include both replicated petroglyphs and pictographs, bedrock mortars, a shaman rock shelter, roasting oven and more! You can also enjoy the regular amenities which include softball fields, tennis courts and a playground. 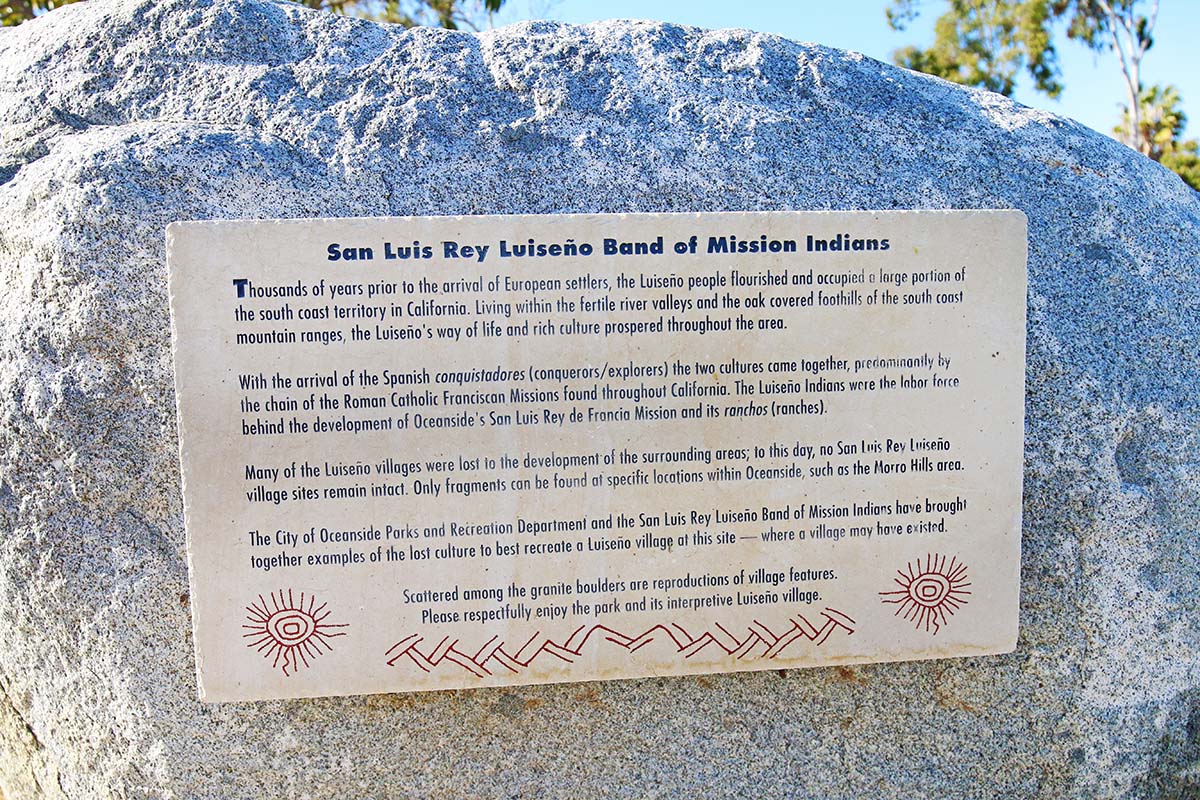 The first one we stumbled upon was a replicated pictograph: 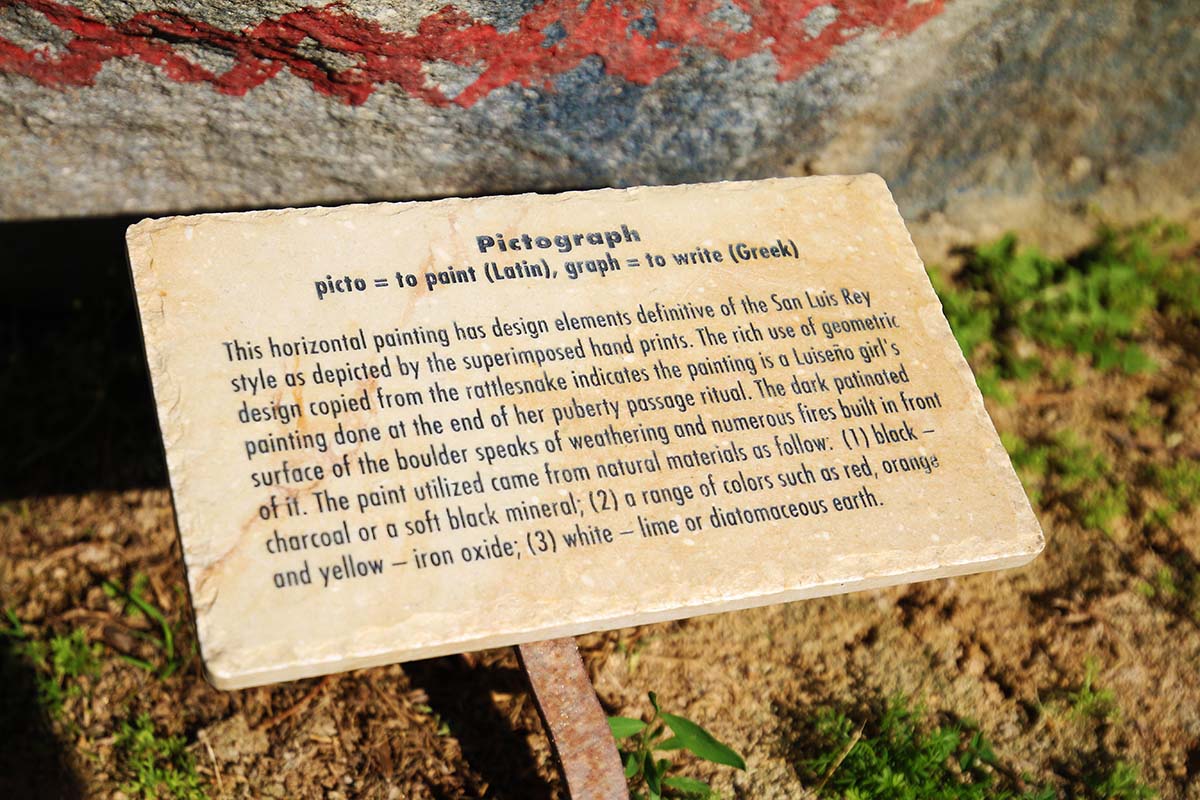 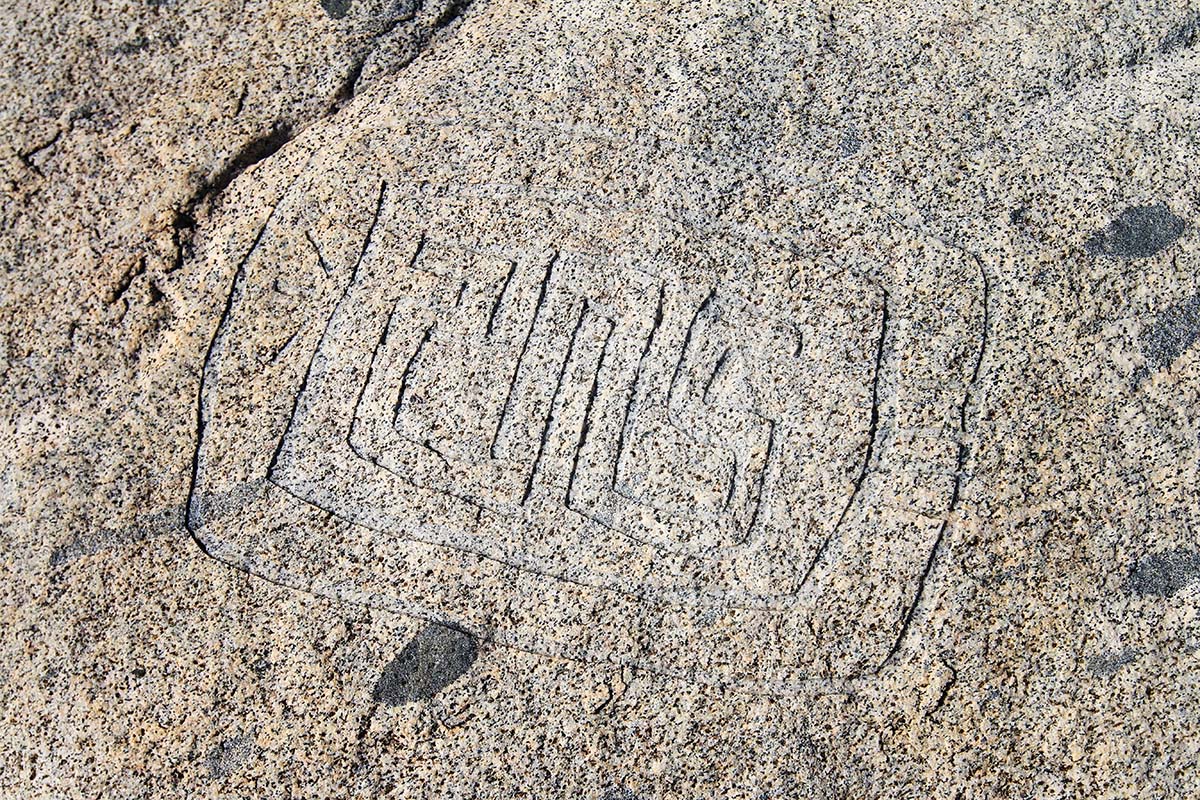 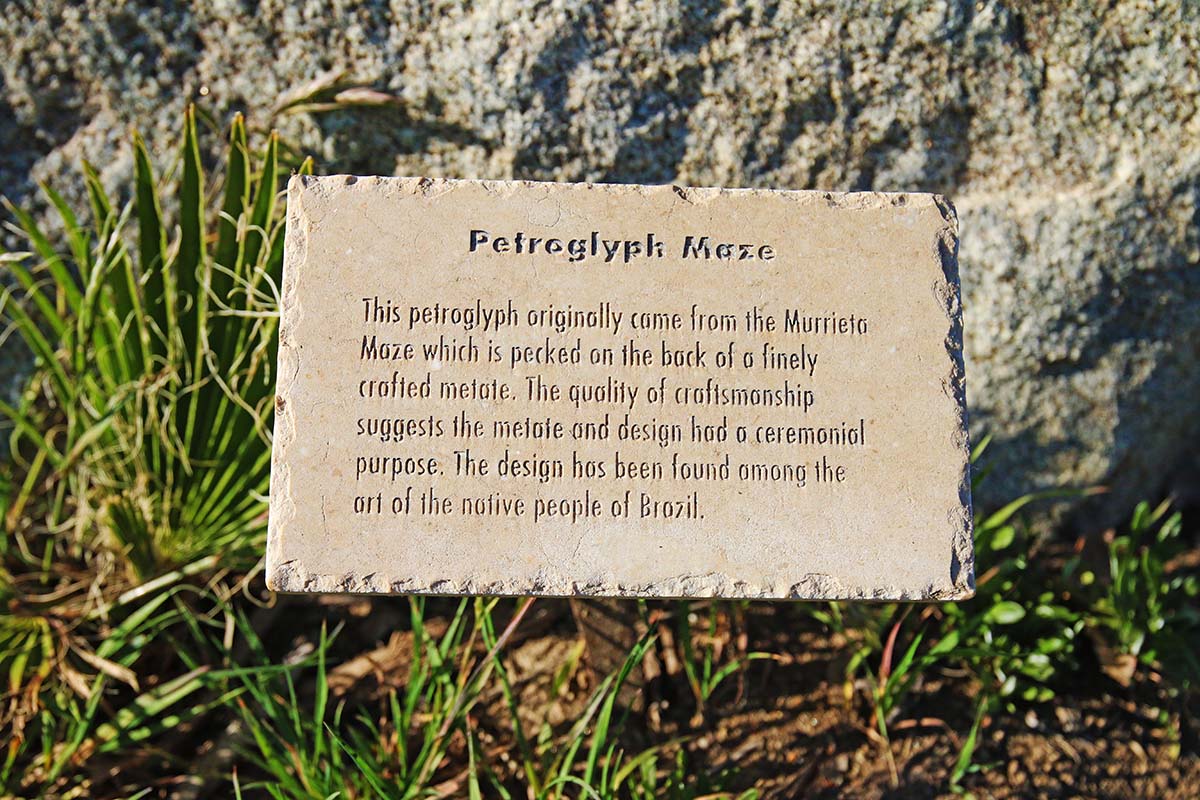 I could not find plaques for these next 2 photos: 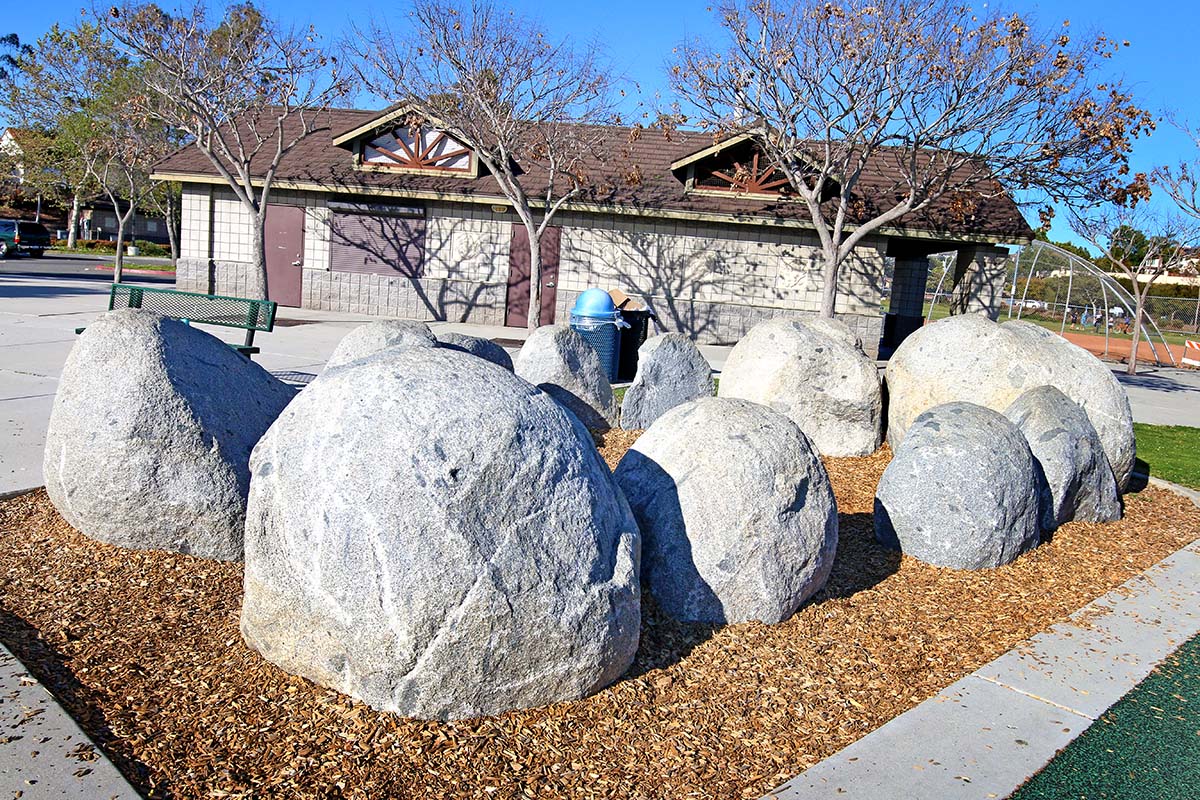 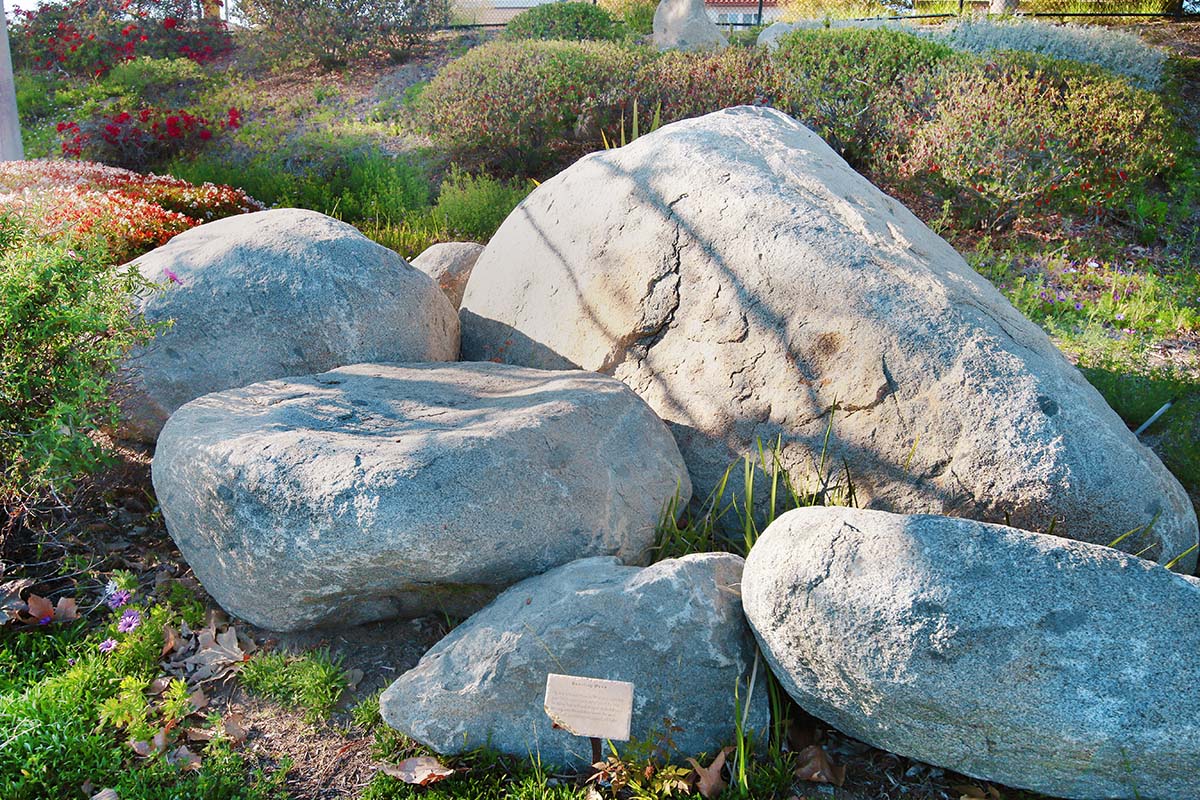 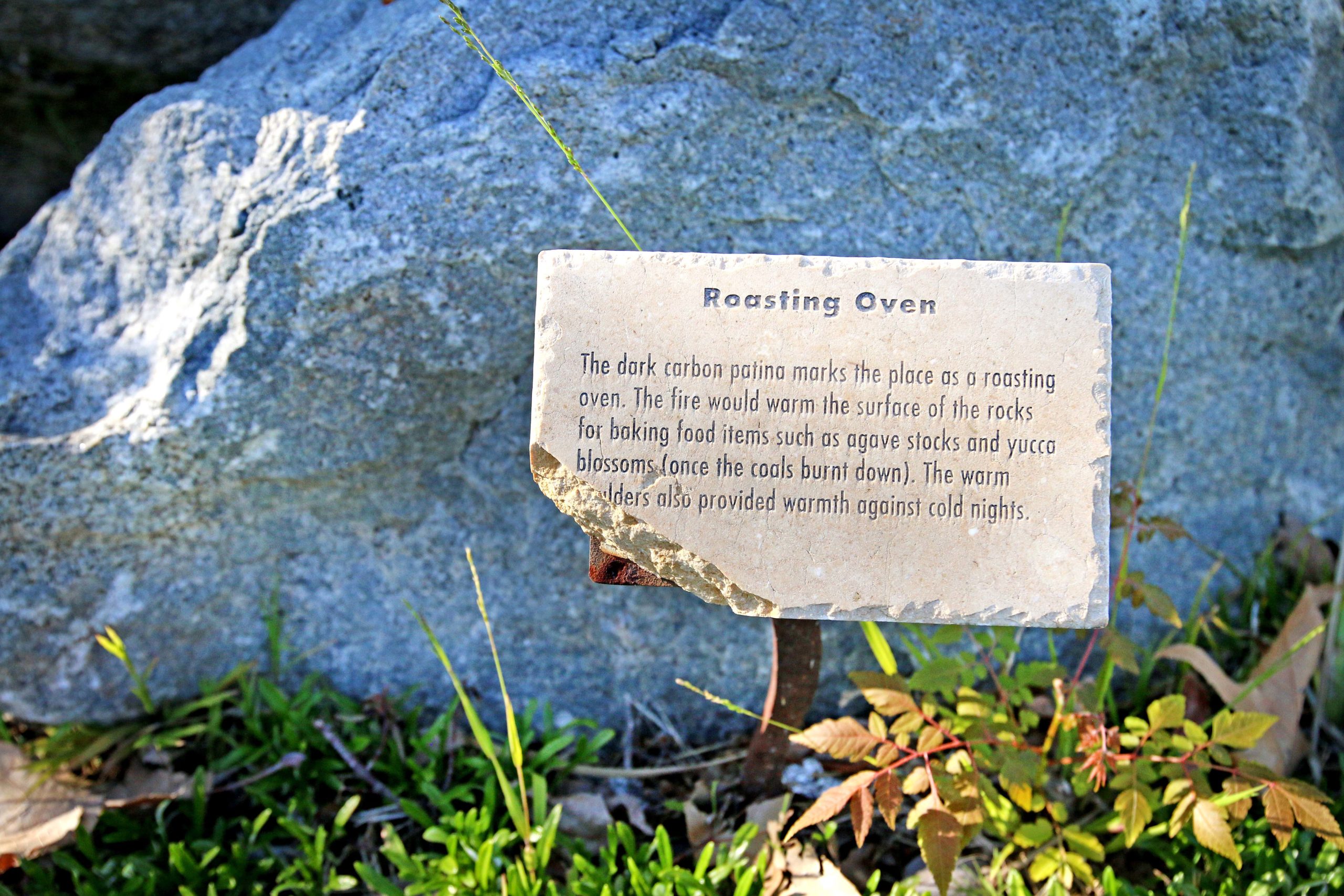 Another petroglyph maze that was very faint and difficult to photograph.  Much better seen in person: 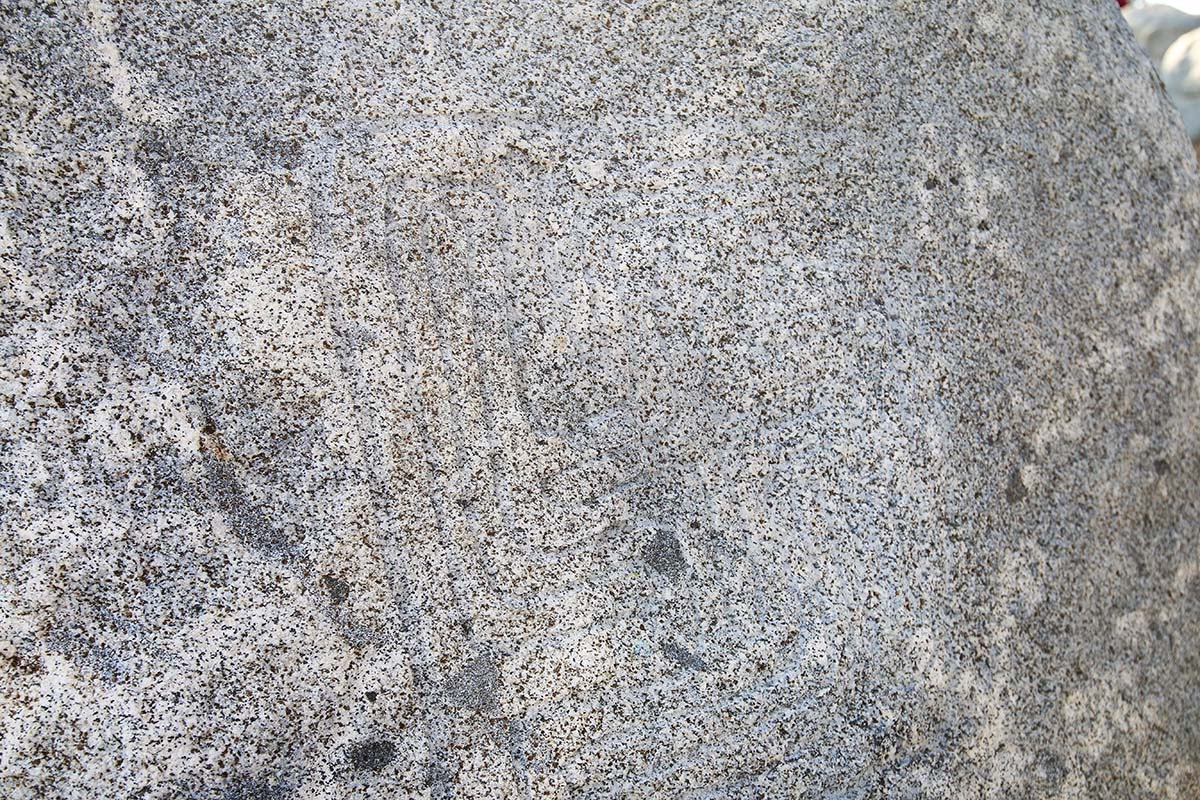 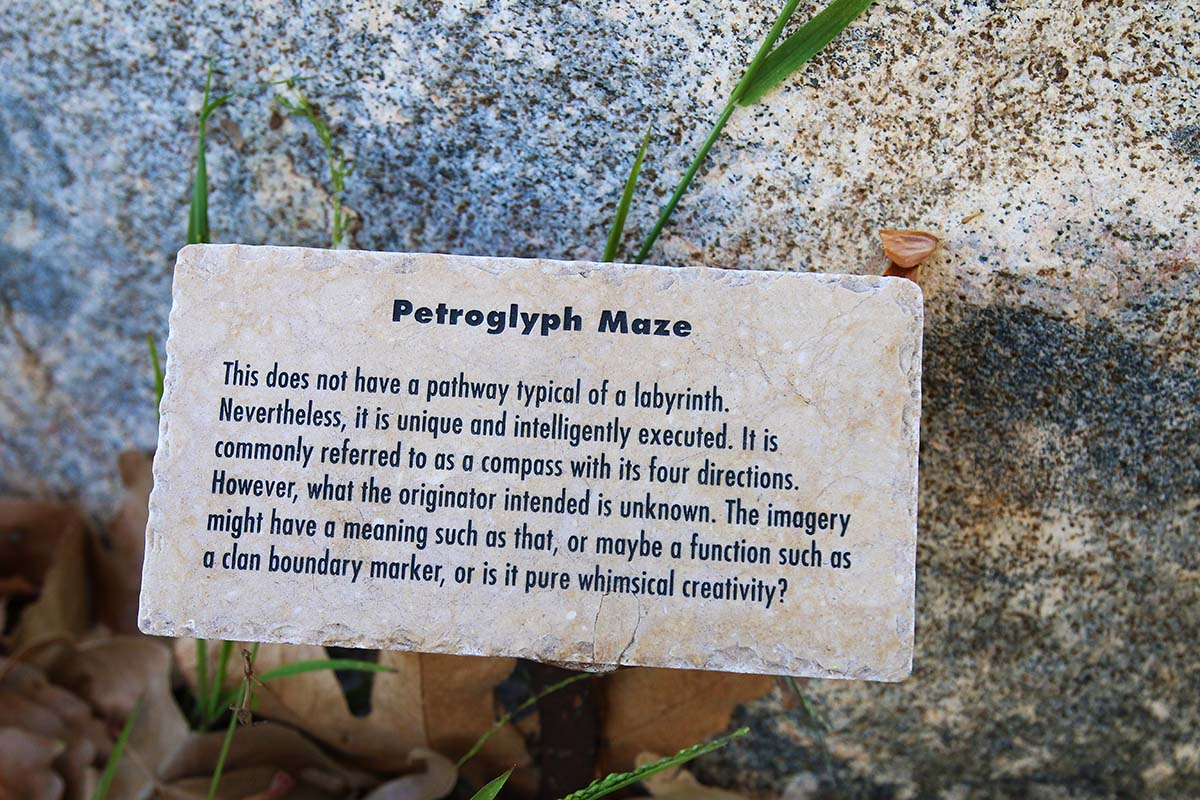 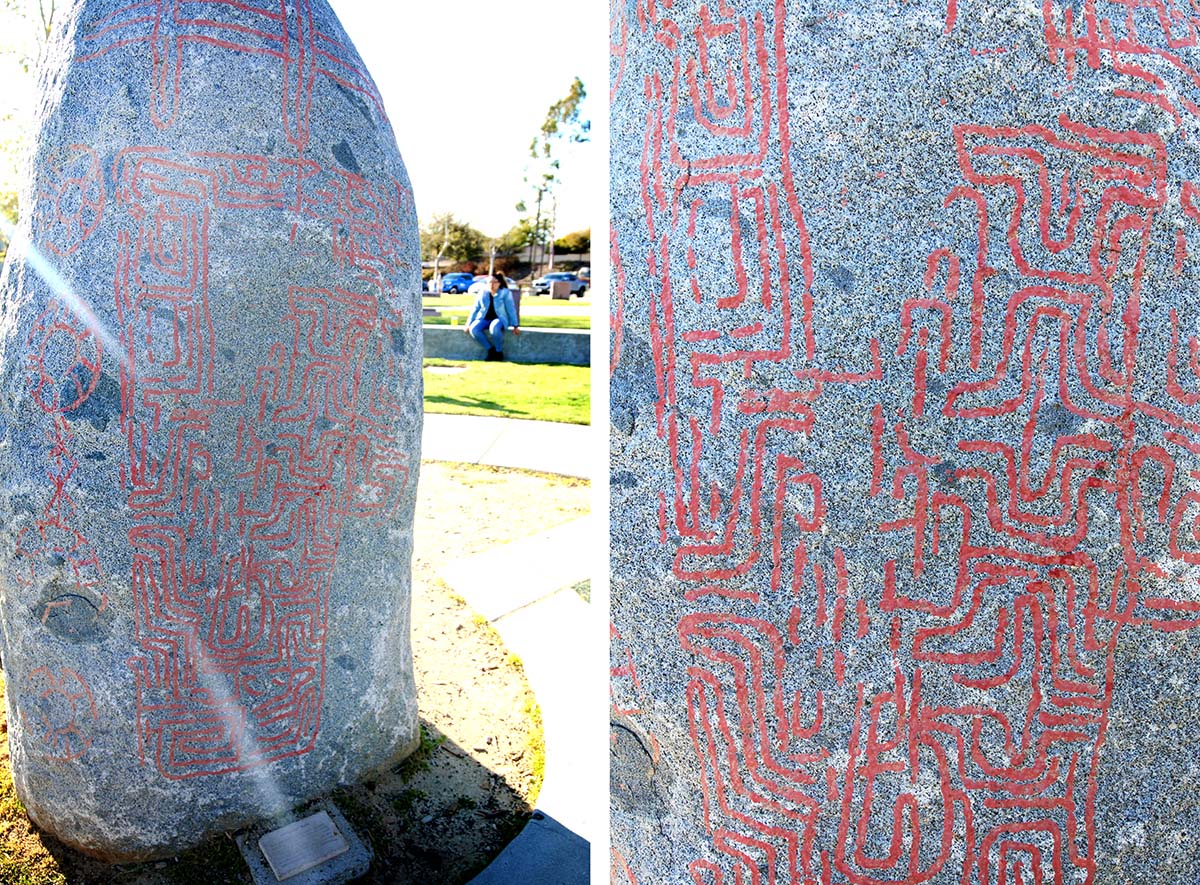 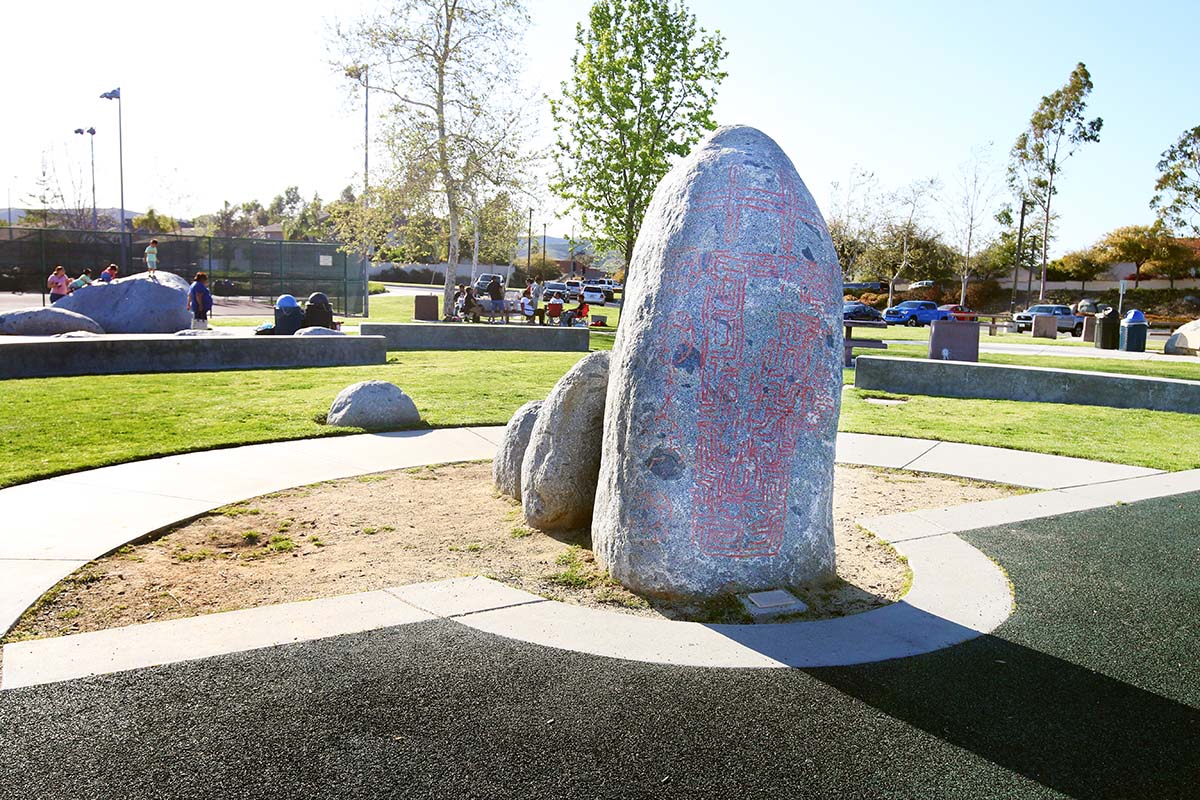 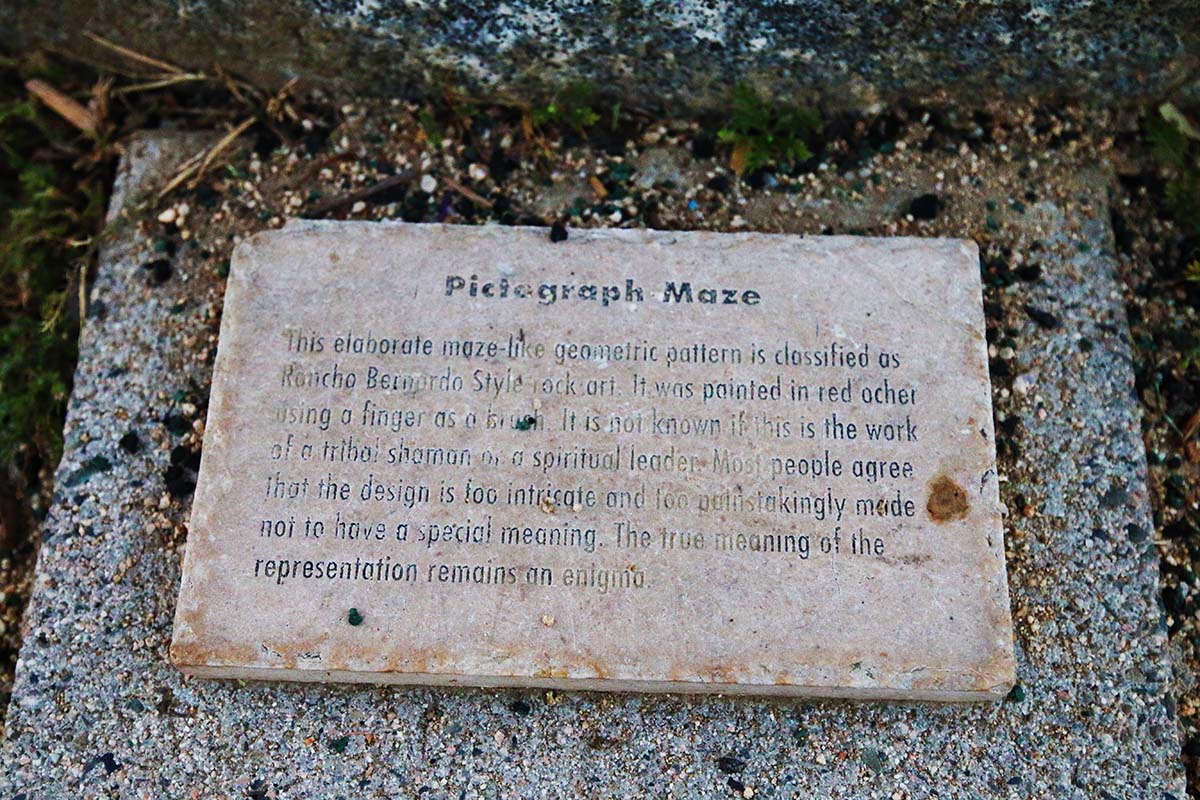 Solstice & Rock Alignment to the left & bedrock mortars to the right: 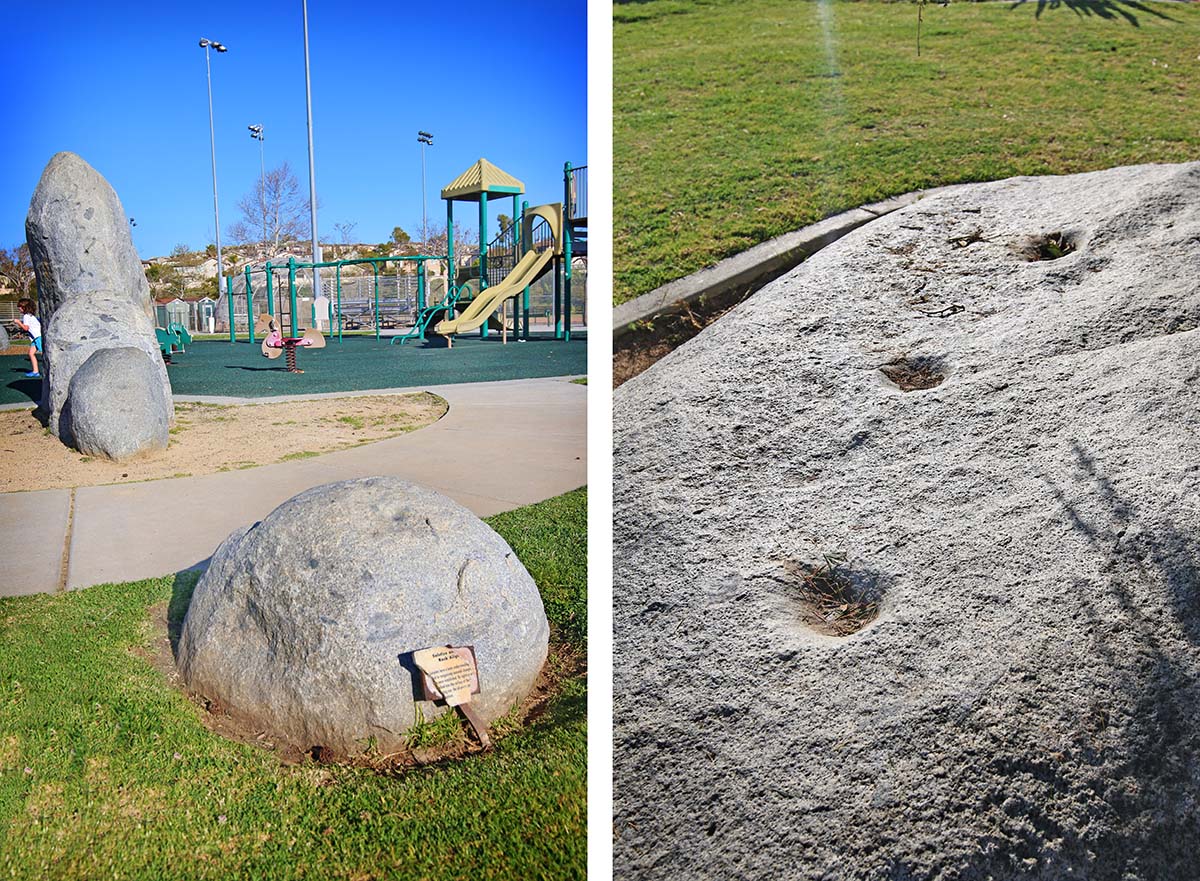 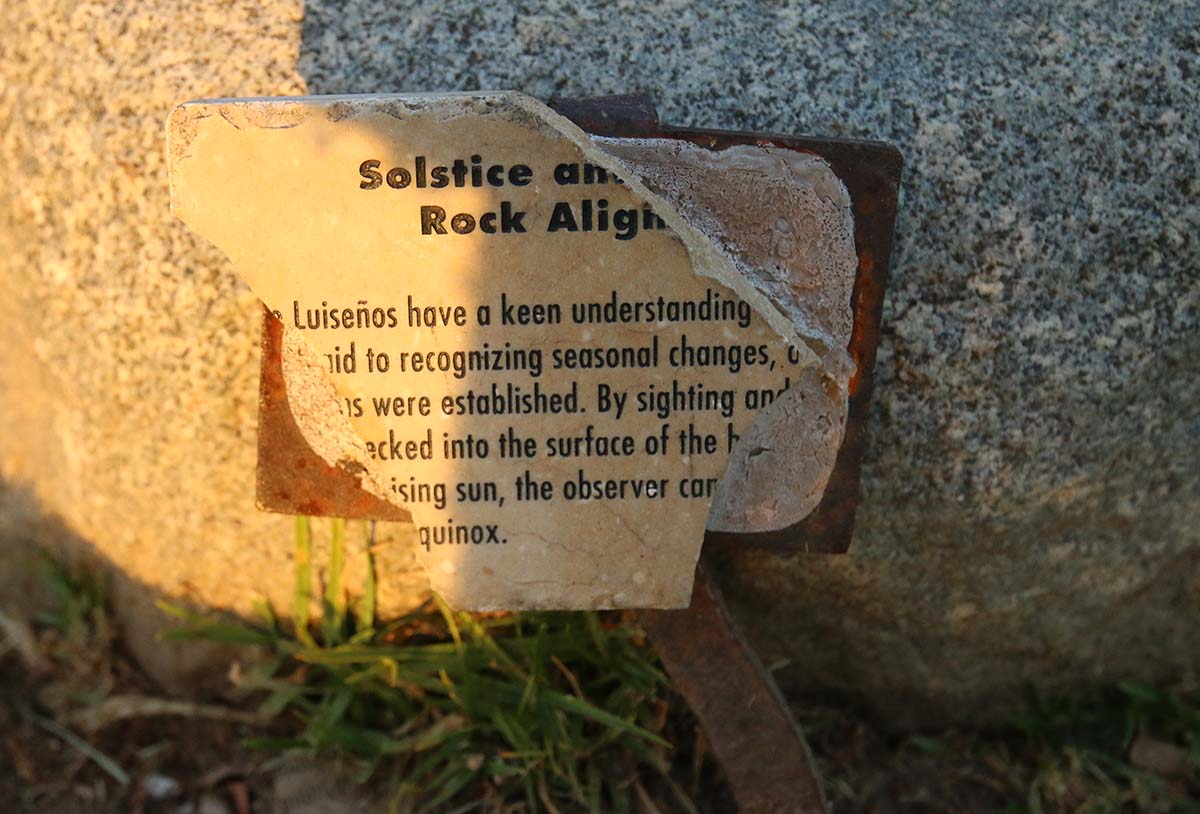 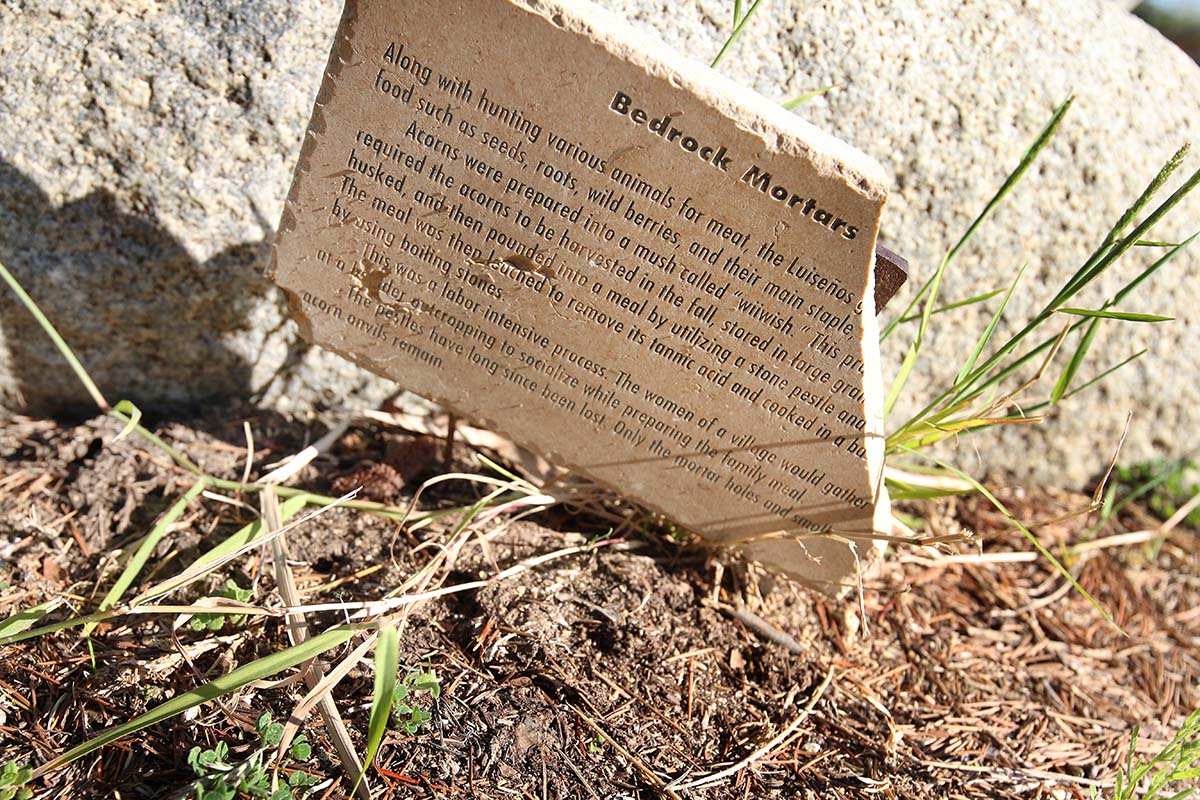 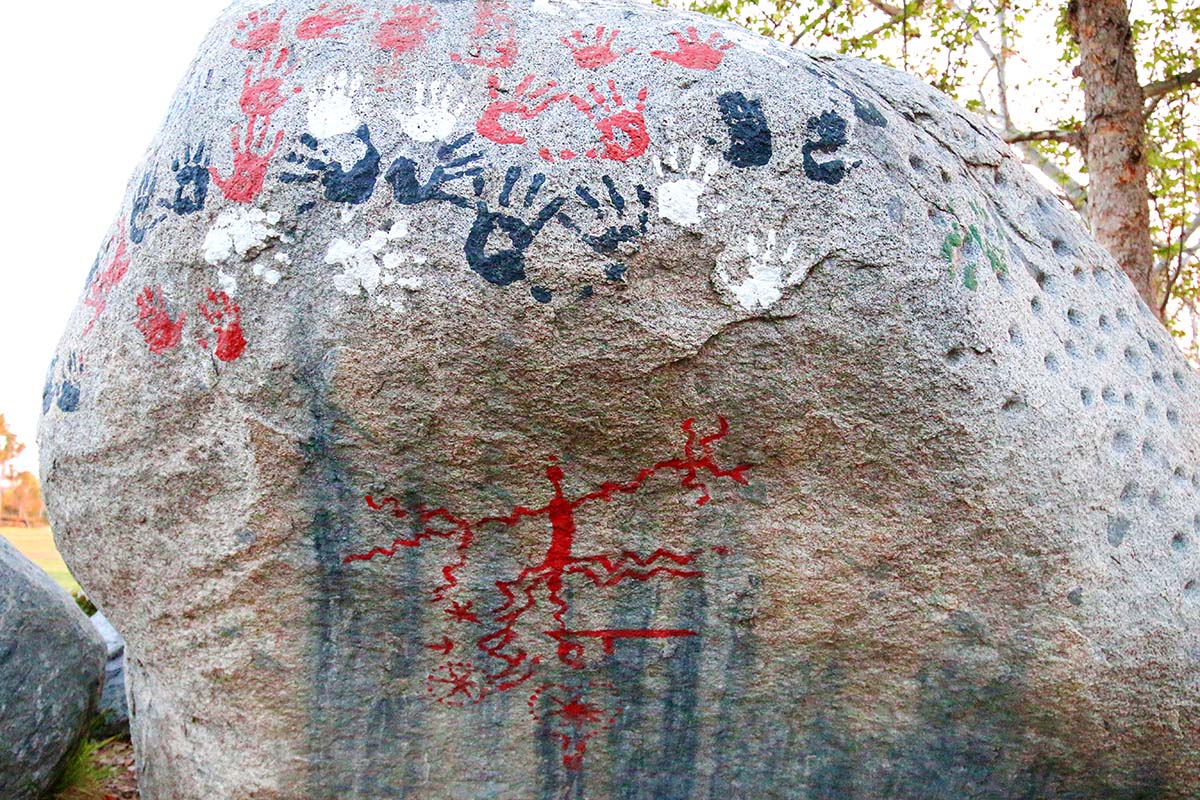 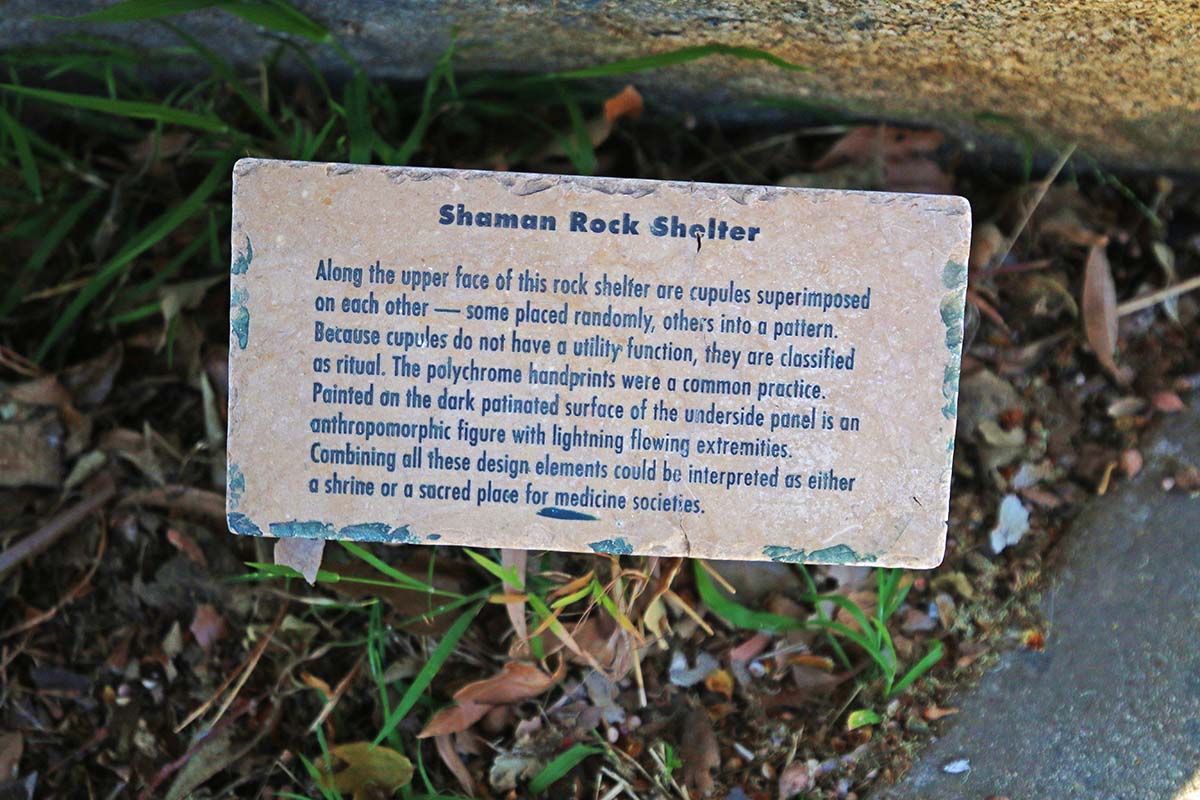 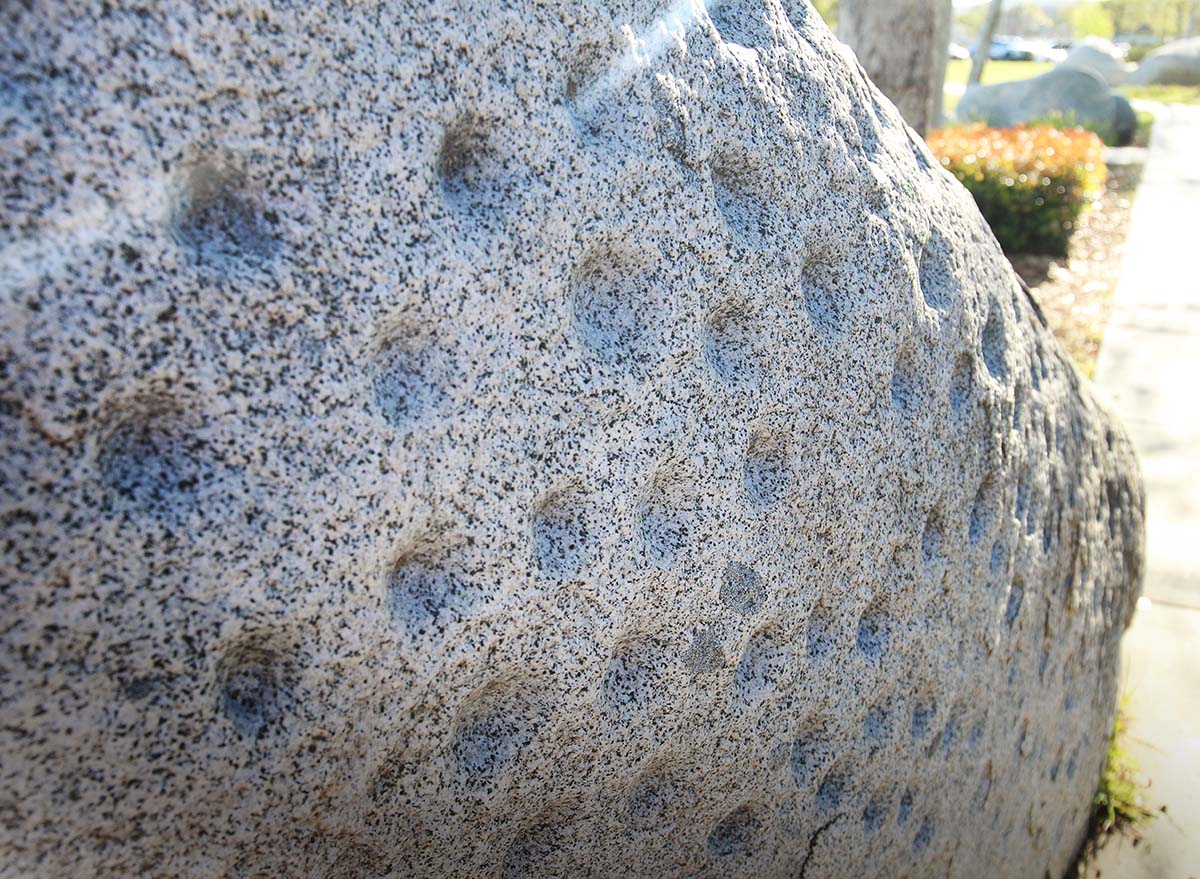