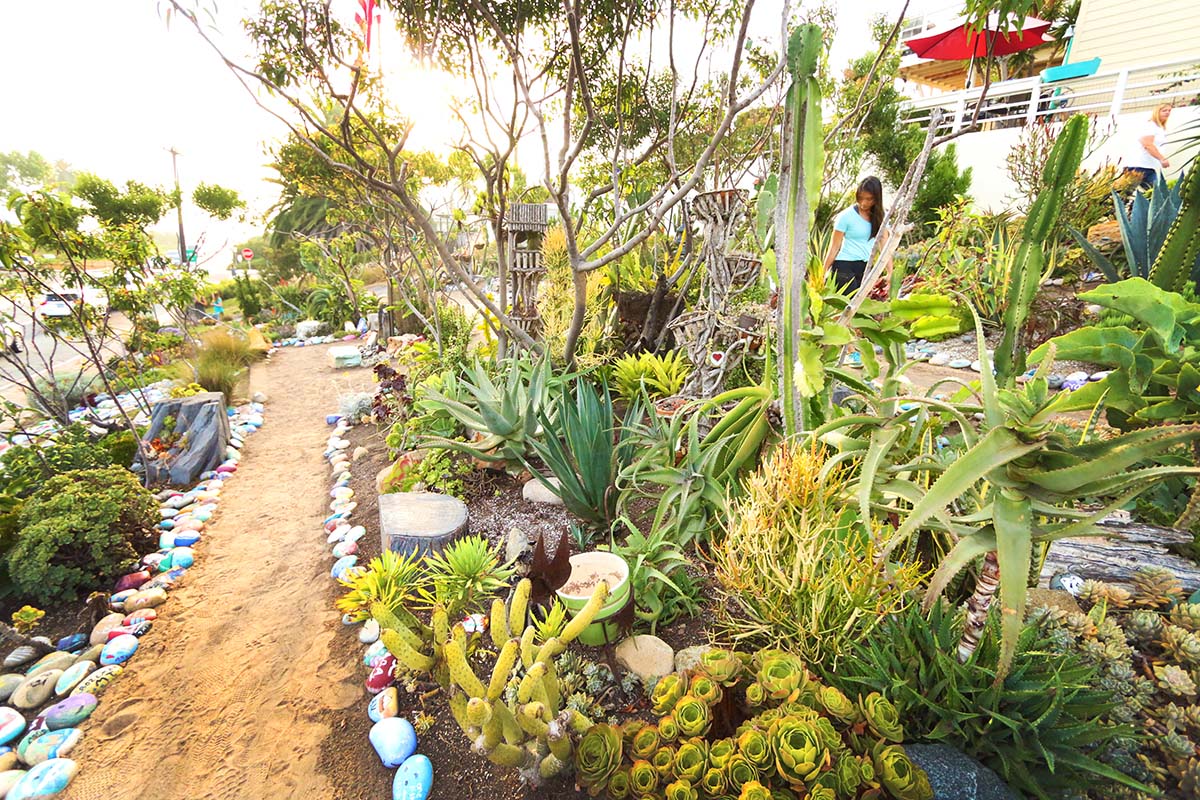 **Make sure to check out our list of Hidden Gems in Encinitas!** 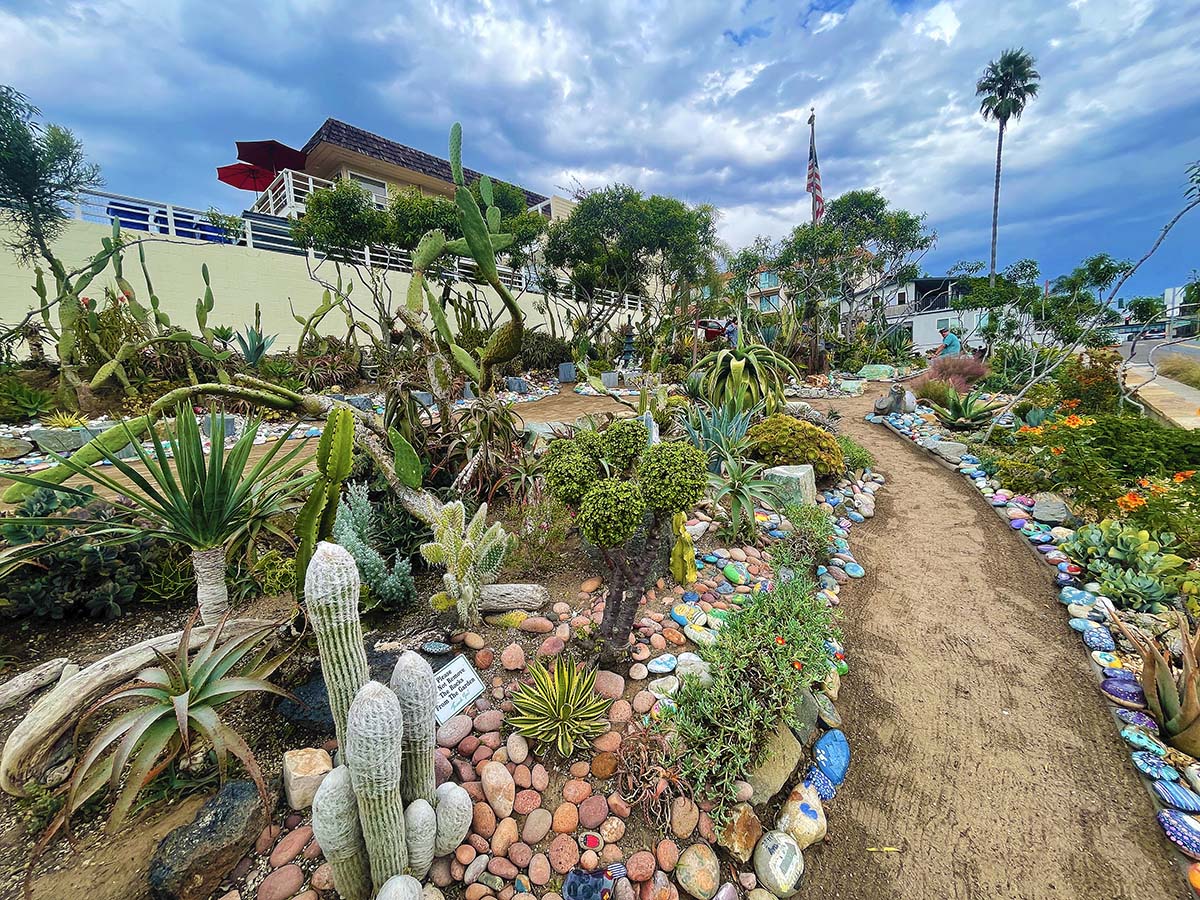 Frustrated with an empty lot next to his house that was constantly filled with trash, Encinitas resident Dave Dean decided to take matters into his own hands. Since 2015, Dean has worked tirelessly to transform this coastal plot of land from a neglected dirt lot into a work of art.

It first started with Dave picking up trash and pulling out the weeds from the ground.  Then he began planting succulents and adding artistic details, mostly painted rocks–which is largely the theme today. Once the garden really started popping off, the city took notice.

It wasn’t long before they issued him with a cease and desist order. This wouldn’t be the first time in which our city tried to destroy a person’s positive impact through art.  But thankfully this one is a success story.

While you’re in the area, make sure to visit Cottonwood Creek at Moonlight Beach nearby!

Instead of complying with the order, Dave was inspired to work even harder to make the garden so beautiful that nobody would want to see it destroyed.  Equipped with brushes he had been given from his father before his passing away, Dave began painting rock after rock after rock.

He encouraged his neighbors and strangers alike to contribute to the garden if they felt compelled to.

Today the garden is thriving, with every inch being filled with sweet messages and colorful paintings. Make sure to pay attention to all the tiny details because they are what makes this garden so special.  Dave’s Rock Garden isn’t the only neighborhood in town which is bedazzled head to toe in art.

TIP: Check out our article on the Encinitas Hippie Homes too!  What a fun town! 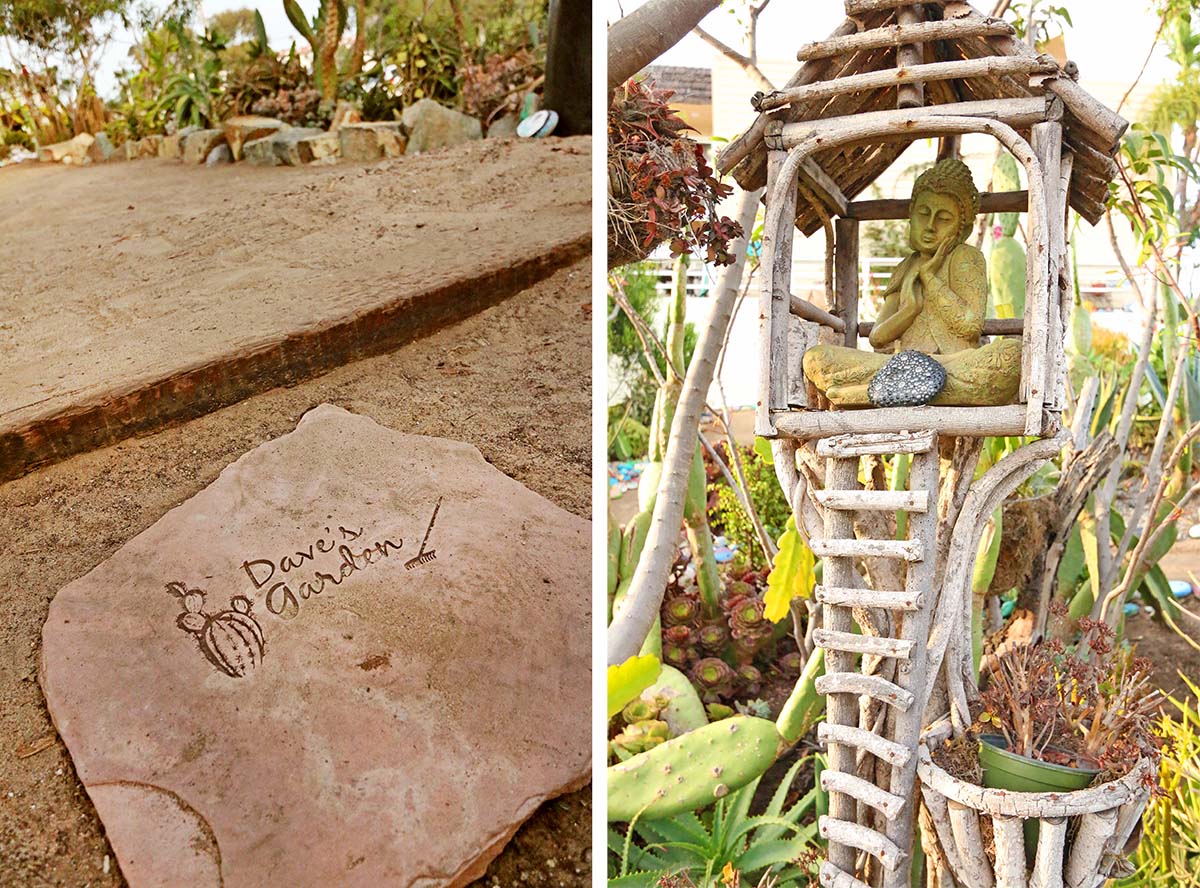 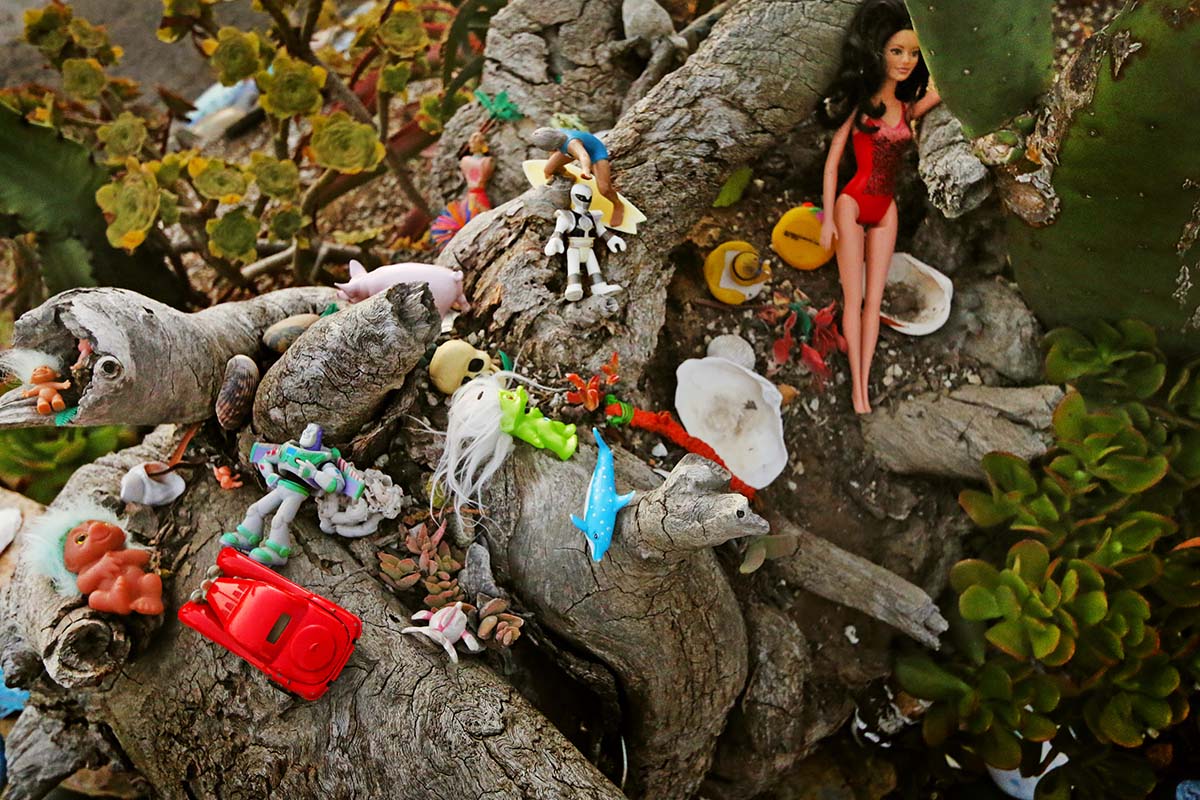 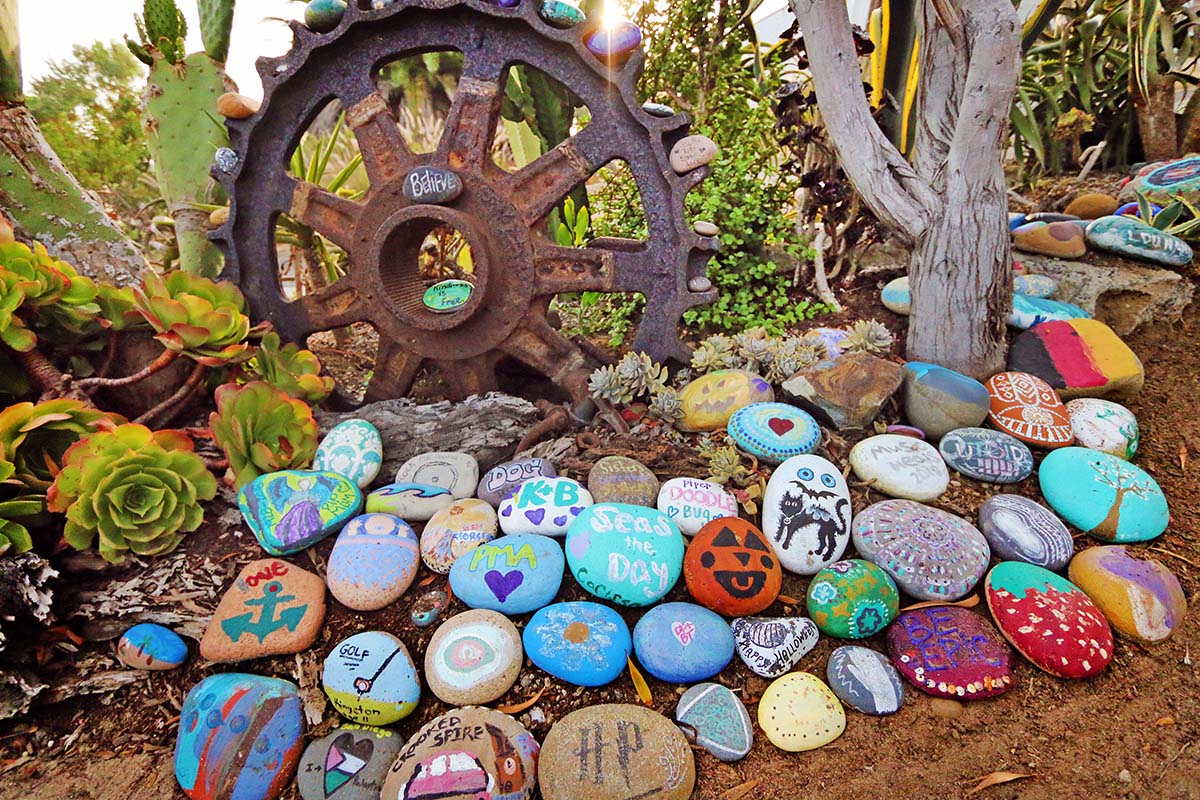 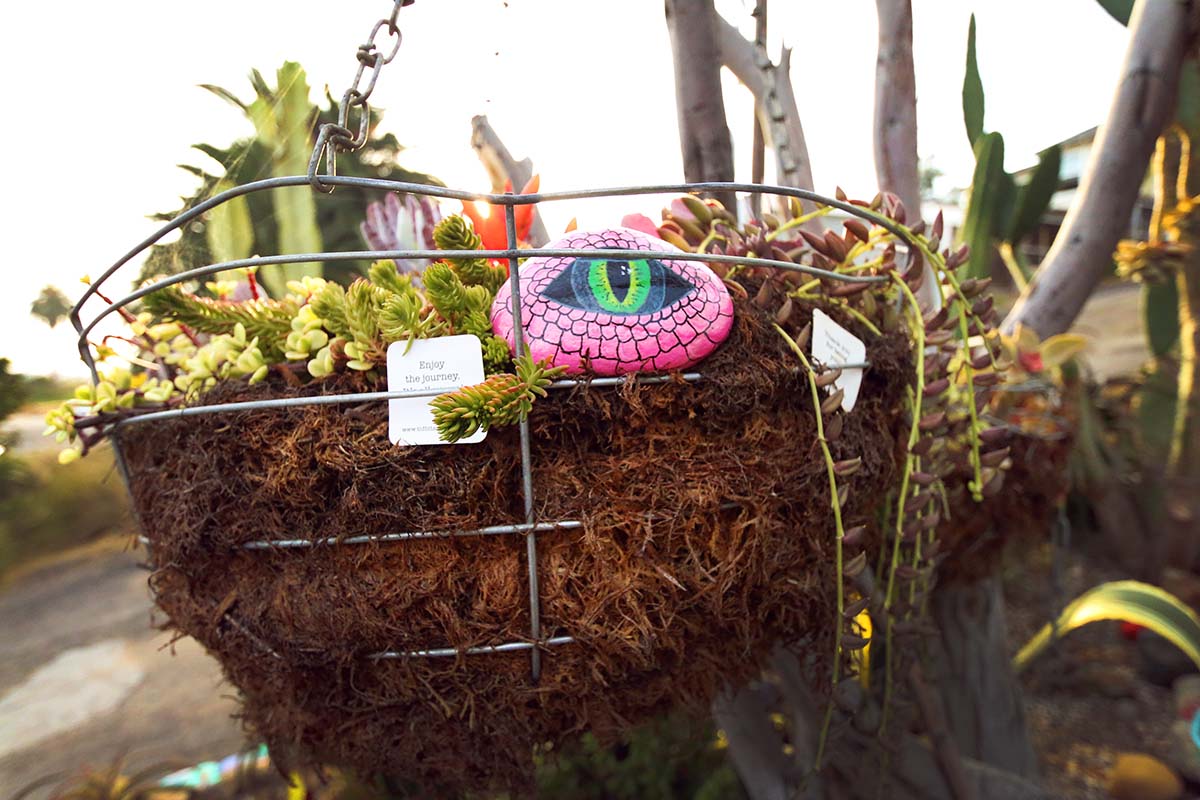 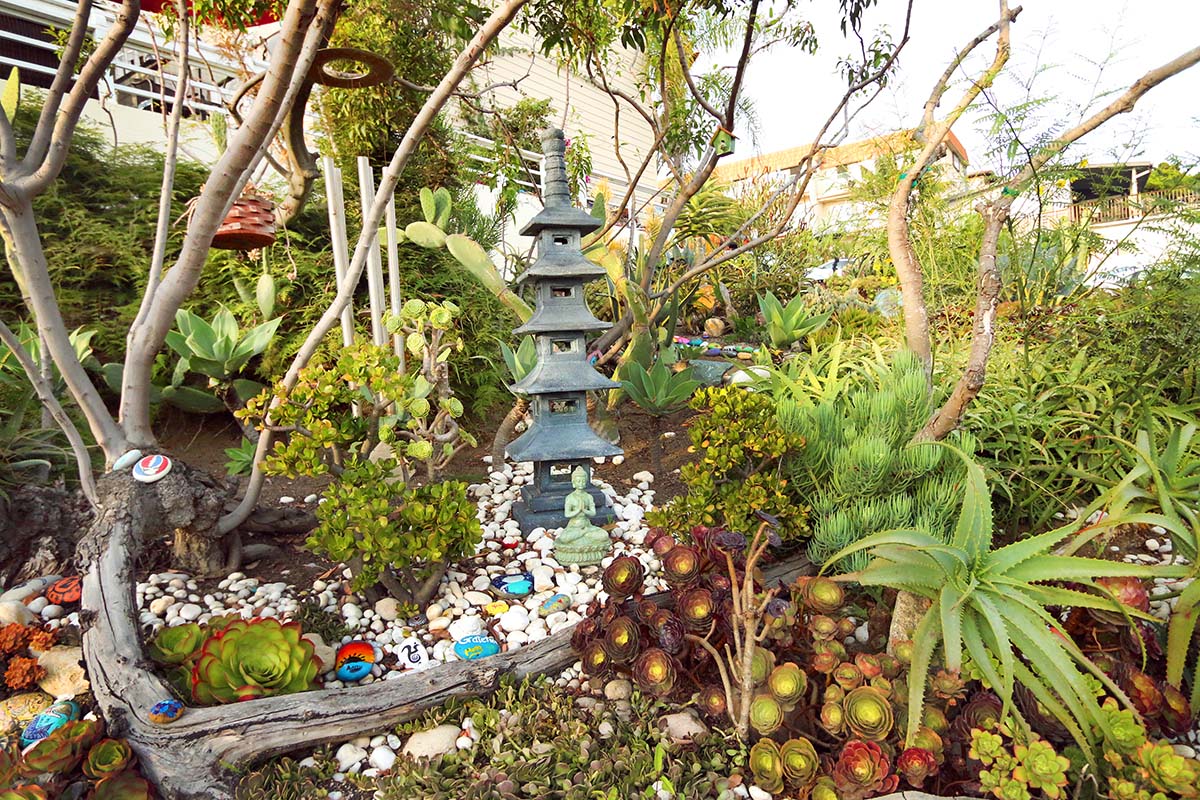 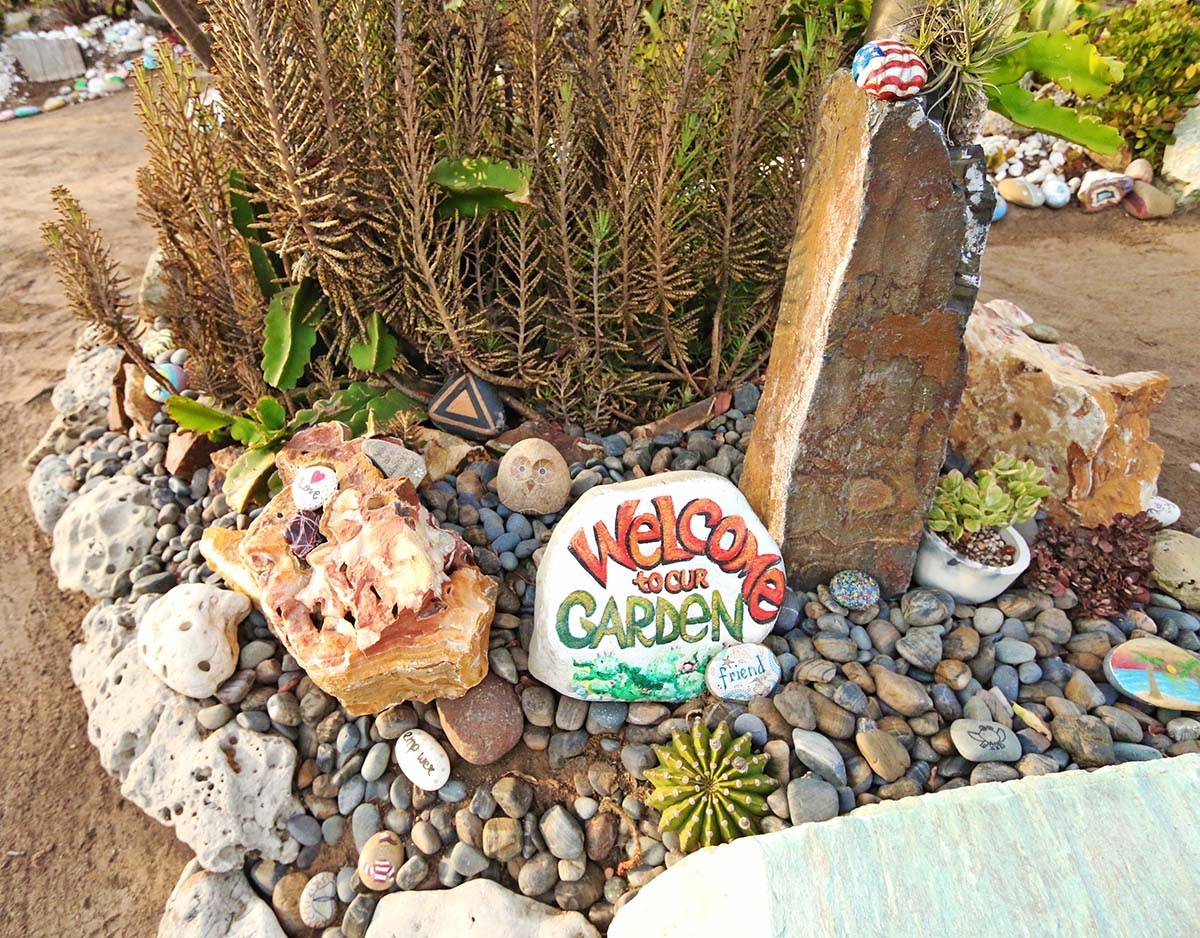 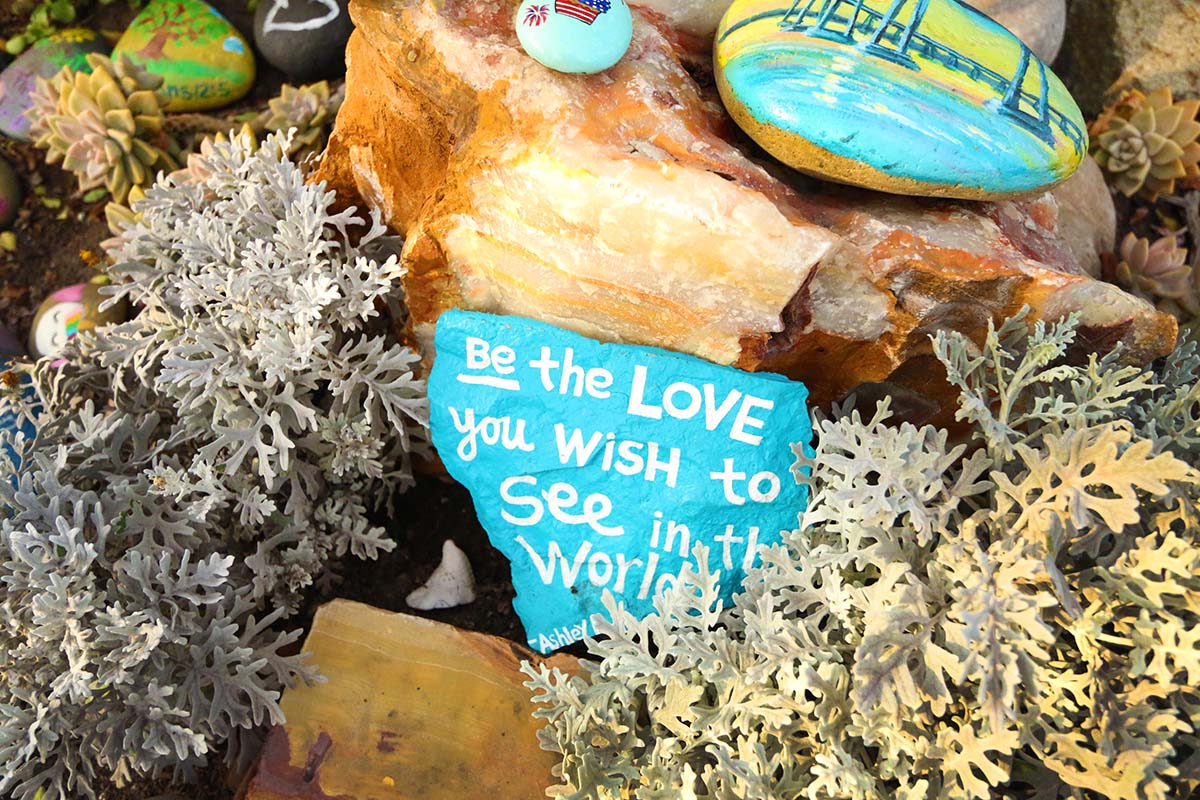 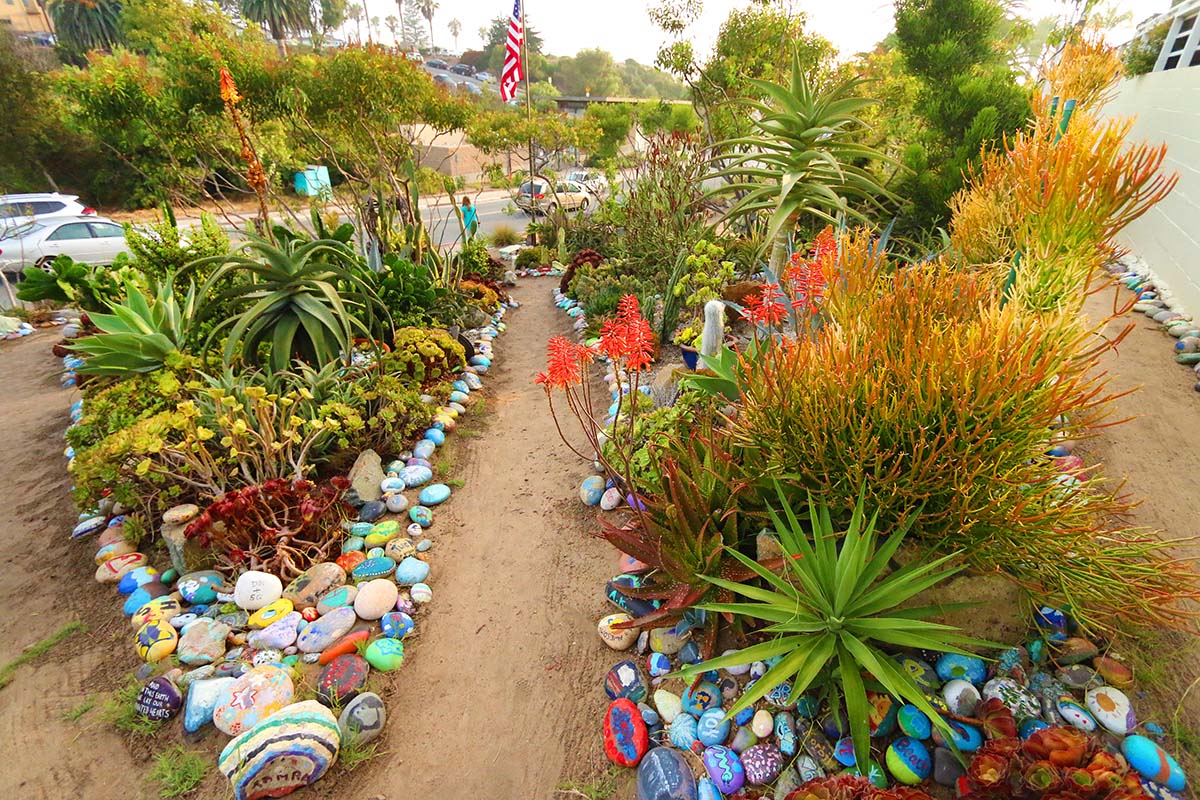 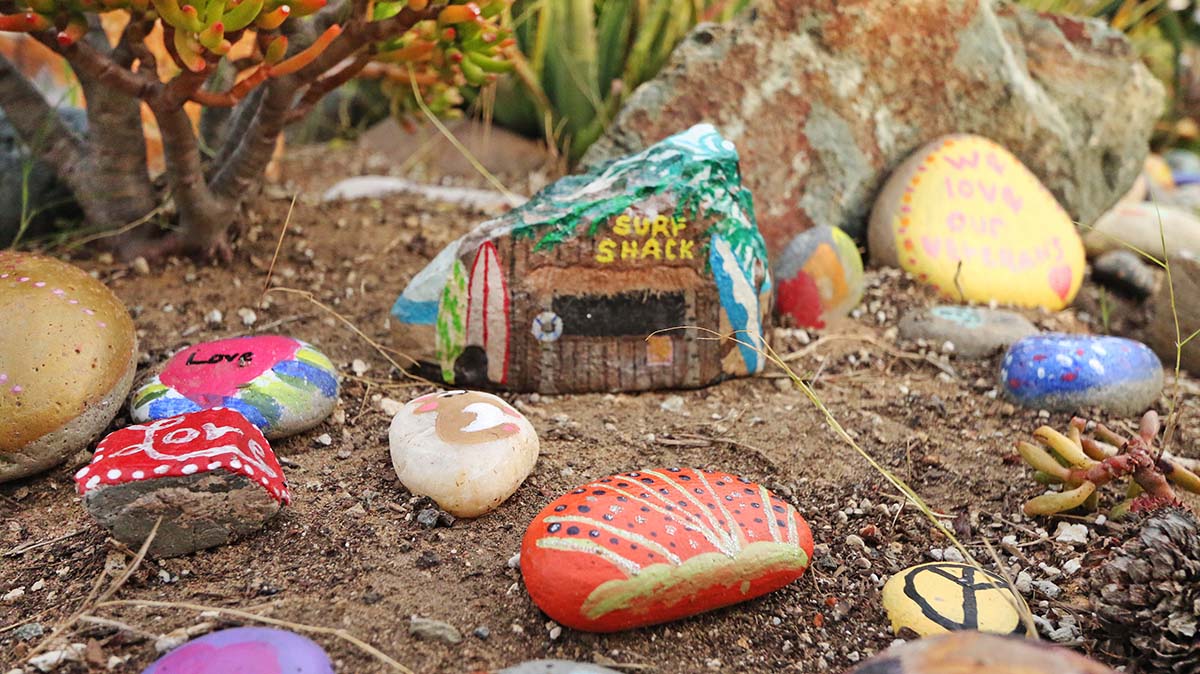 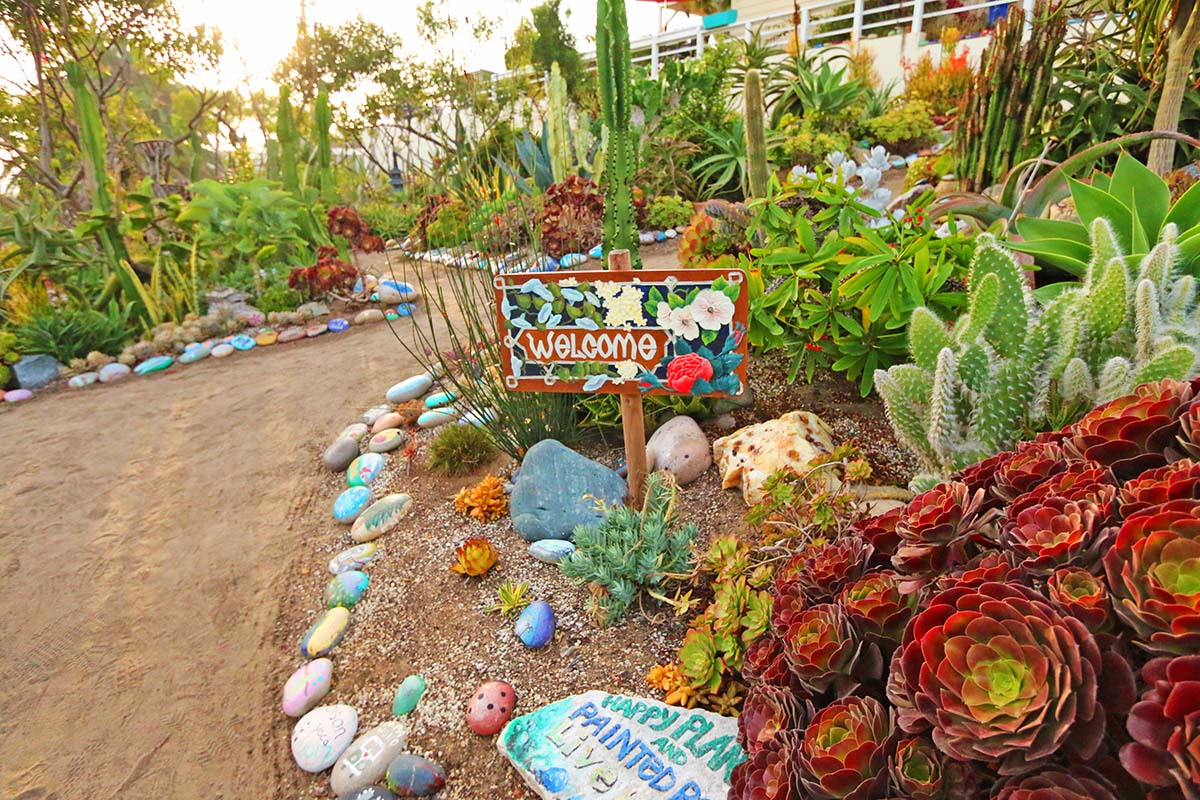 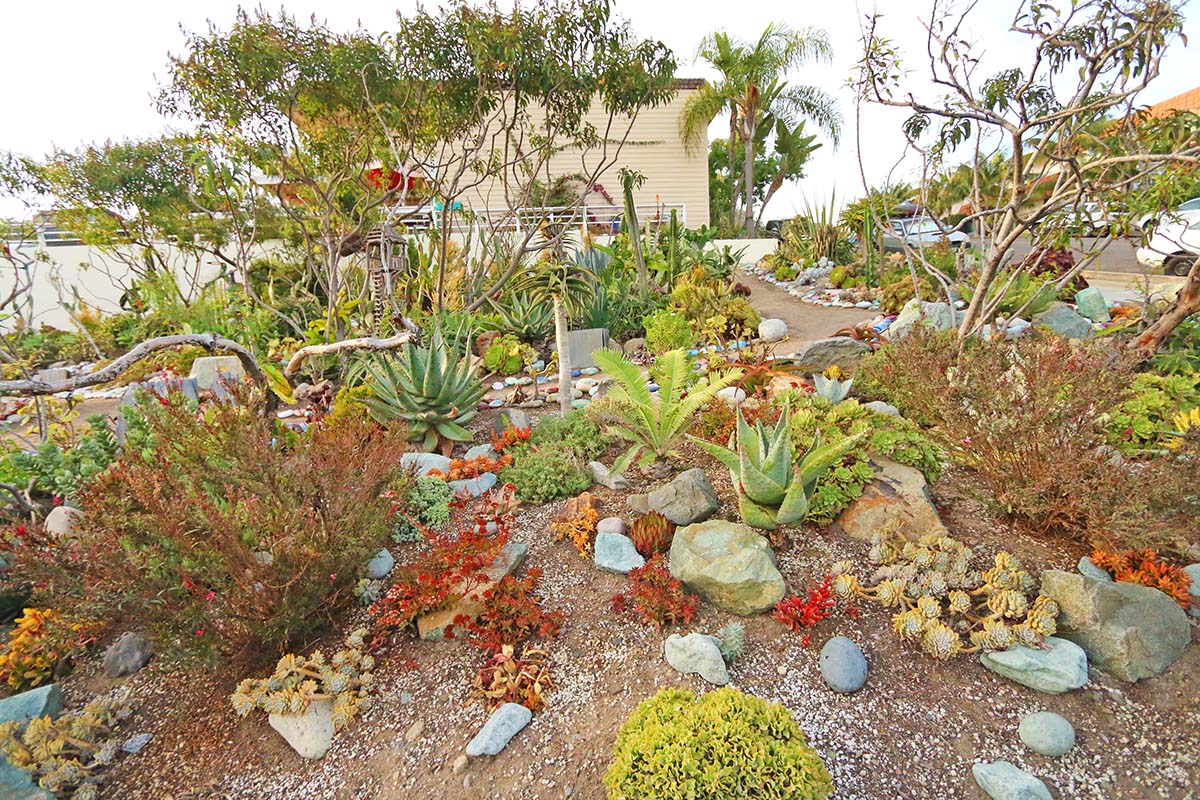 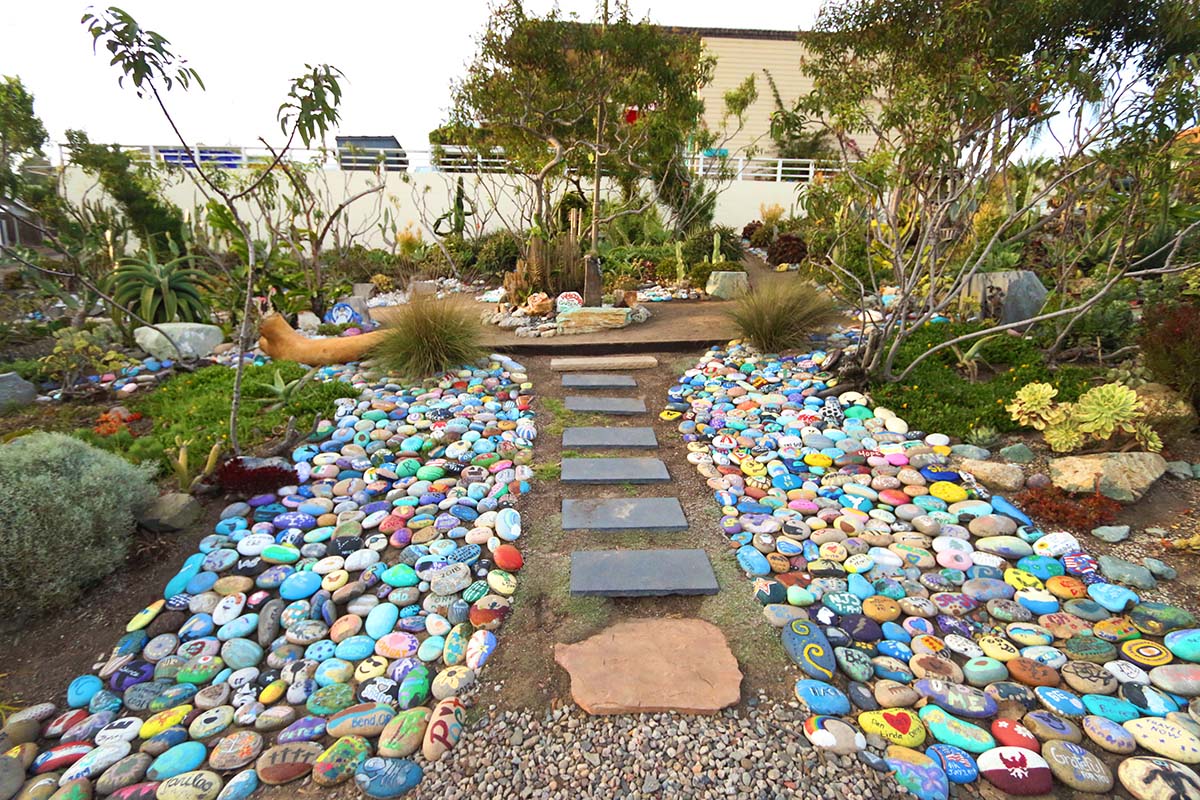