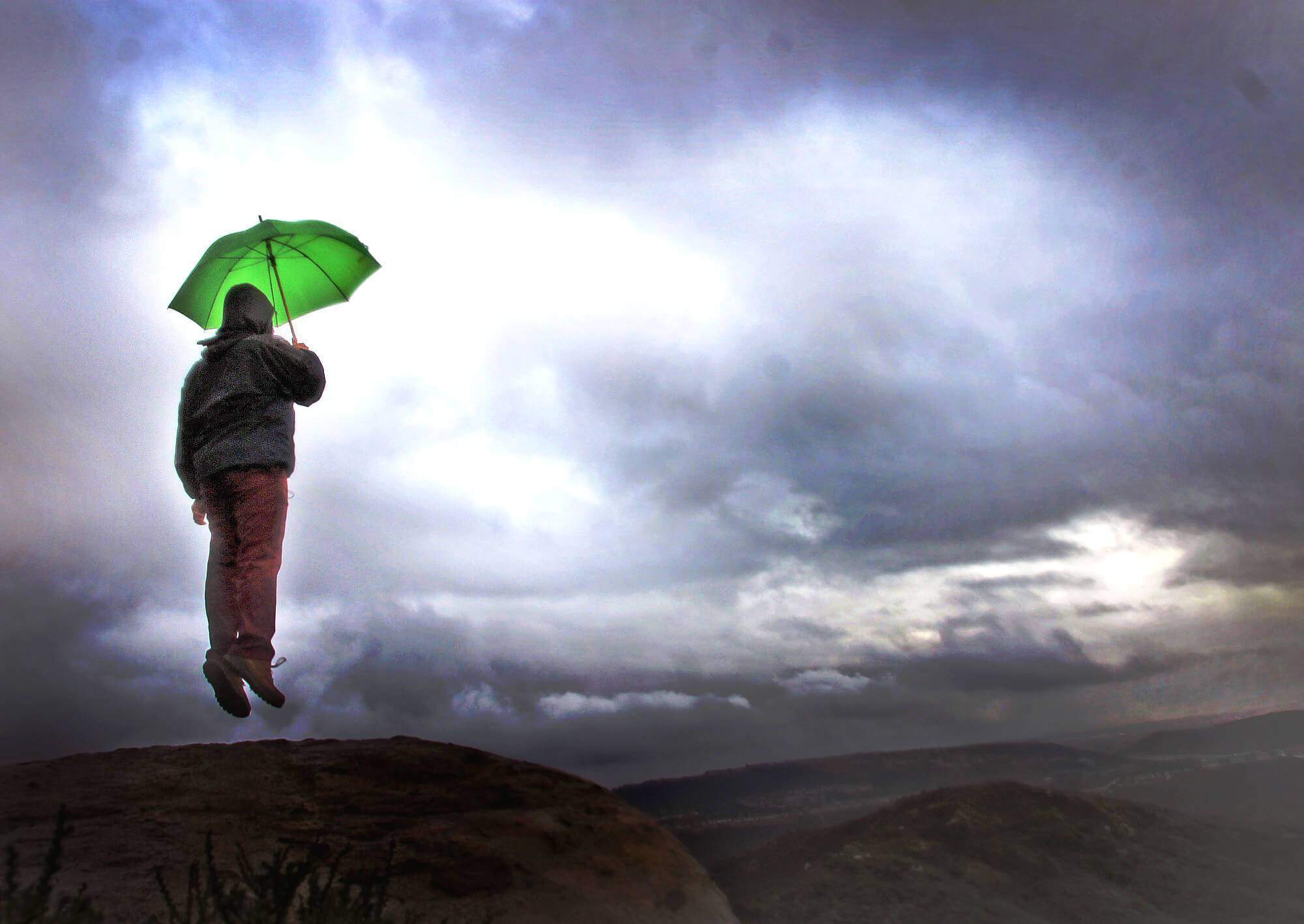 Update: Due to people destroying this spot we will no longer be providing directions to Buddha's Peak.

Buddha's Peak was a hike to a sweet Buddha statue over-looking the majestic land. We have since removed directions to this hike after Buddha's face was smashed off. This trip was taken in 2013. Many changes have been made to what and how we reveal places after this incident. You can still enjoy the photos in our article of what he used to look like. ⁠

The Van Dam peak is a modest 1,110 ft. hike to the top. For the most part I would say this is a relatively easy hike, although there are a few areas where the incline goes up quite quickly. You may need to take a breather every once in awhile. During your hike you will probably notice random markers on the ground and tied to bushes. I was told that these are navigation markers for the bikers. Beyond the dirt trails which look like a ton of fun to ride, it is said that there are some pretty cool bike jumps around here. 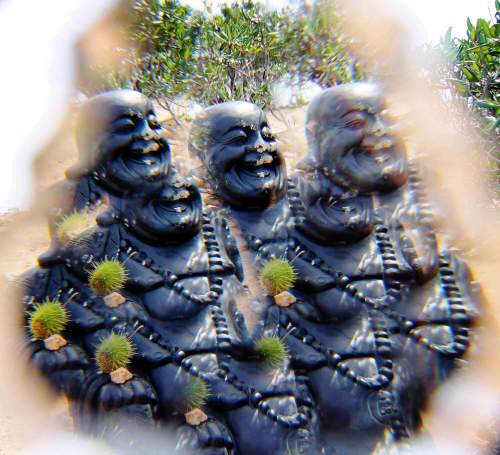 Once you make it to the top, you will be greeted with a stunning panoramic view. Keep your eyes peeled though because you are not alone. At the top of this peak lies a special secret: a solid-stone Buddha weighing at least a couple hundred pounds, silently overlooking the majestic land.

When we made it to the top we immediately noticed a concrete pad that used to hold a communications tower. On top of the pad now lays a couple of lawn chairs that have been left in the tower's place. While relaxing in the chairs and soaking in the view, that is when we spotted him.

The Buddha was a more modest size than I pictured him to be. His face seems to have gone through some sort of an assault, which is a shame. We were fortunate to meet a local who was on his daily hike and offered us the little information he knew. Apparently Buddha used to have a better view but sadly his fate landed him in a ditch.

The ditch became his resting place for several months when one day, he victoriously re-emerged at the top of the peak again. After experiencing an obviously turbulent run-in, poor Buddha has some permanent scars on his face.

I observed beautiful details etched into his robe though, a full belly and a joyful expression despite having lost part of his nose and mouth. I guess that is the wisdom of Buddha though: keep on smiling despite your misfortunes. It is said that he was once painted a jade green, which is also a mystery how his color changed.

This has left us with many unanswered questions: How did a statue that weighs half a ton make it up a mountain? Our guess is that he was brought up in the middle of the night on a 4-runner as there is no way anyone could even drag him up by hand. The even more important question though is: who put him there? Perhaps one day this mystery will be solved.

As of 9/2015 Buddha has been destroyed. We will be getting more strict with what spots get directions from now on.

We hiked in early spring when the wildflowers were in full bloom and there was greenery all around: 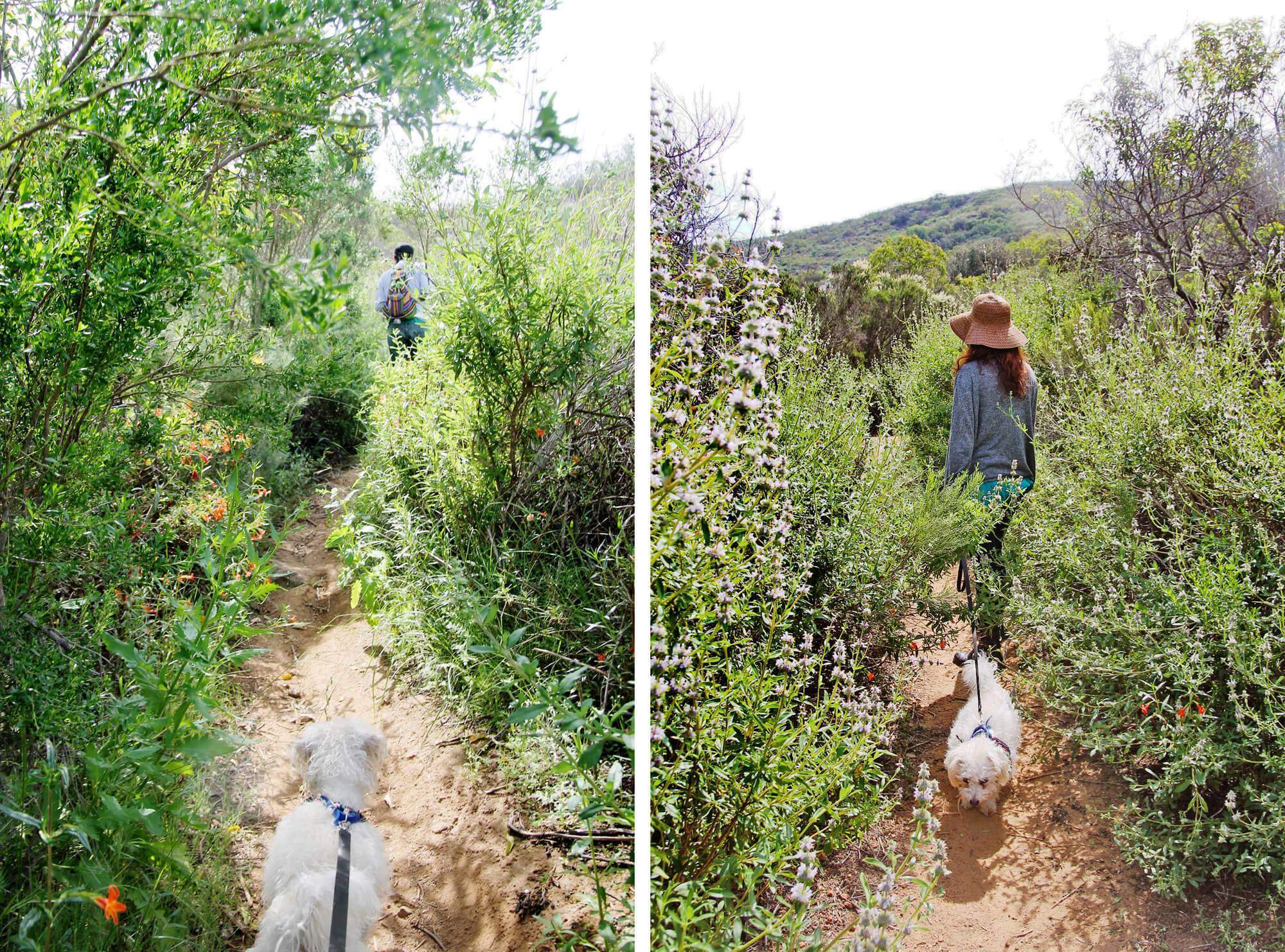 There are multiple trails that lead to the top. We chose the thicker path as I find it more adventurous and rewarding due to all the beautiful plants. With flowers come bees though. If you do not feel comfortable walking through paths with bees harmlessly swarming around you, I recommend taking one of the more manicured trails. 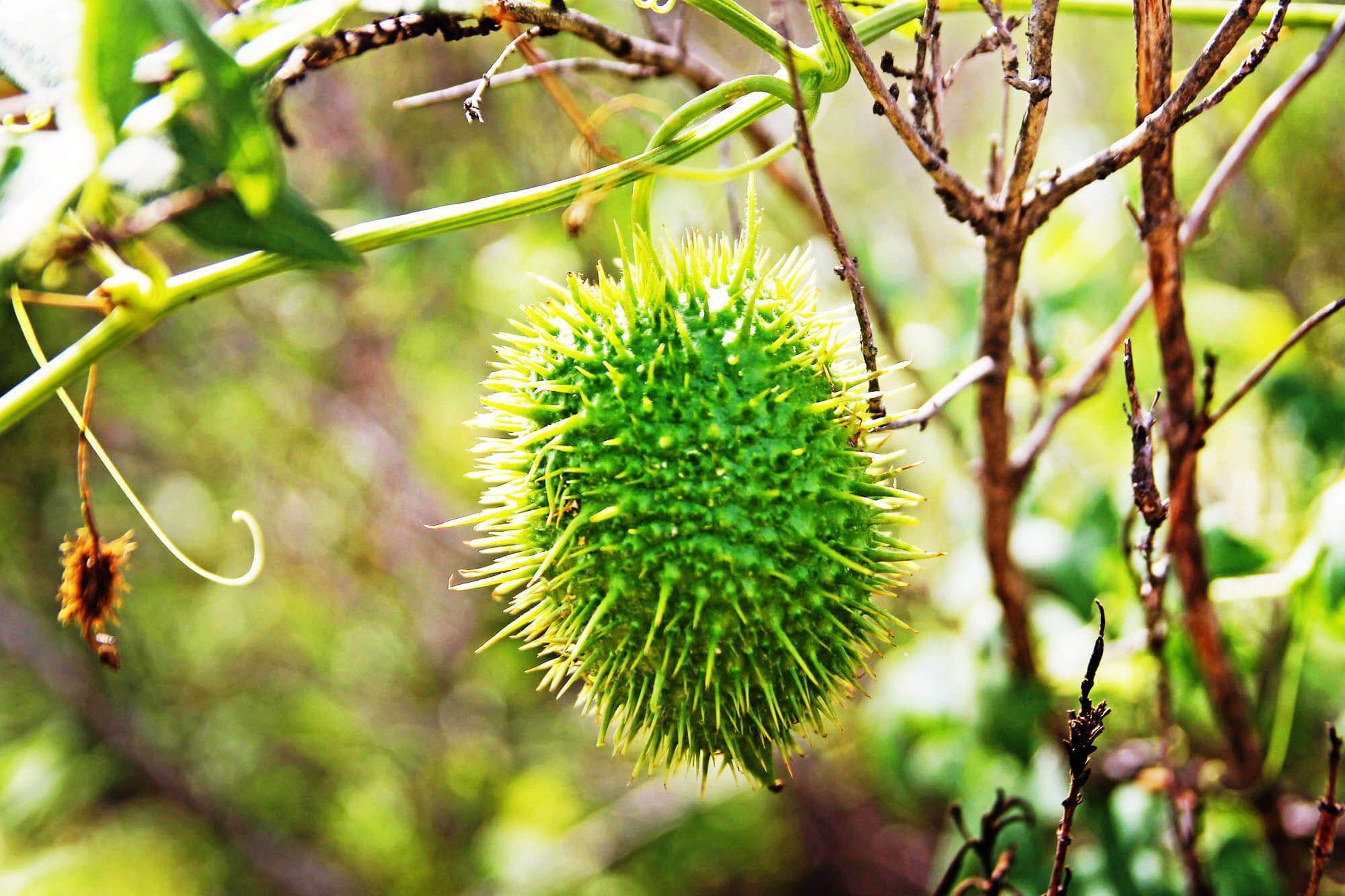 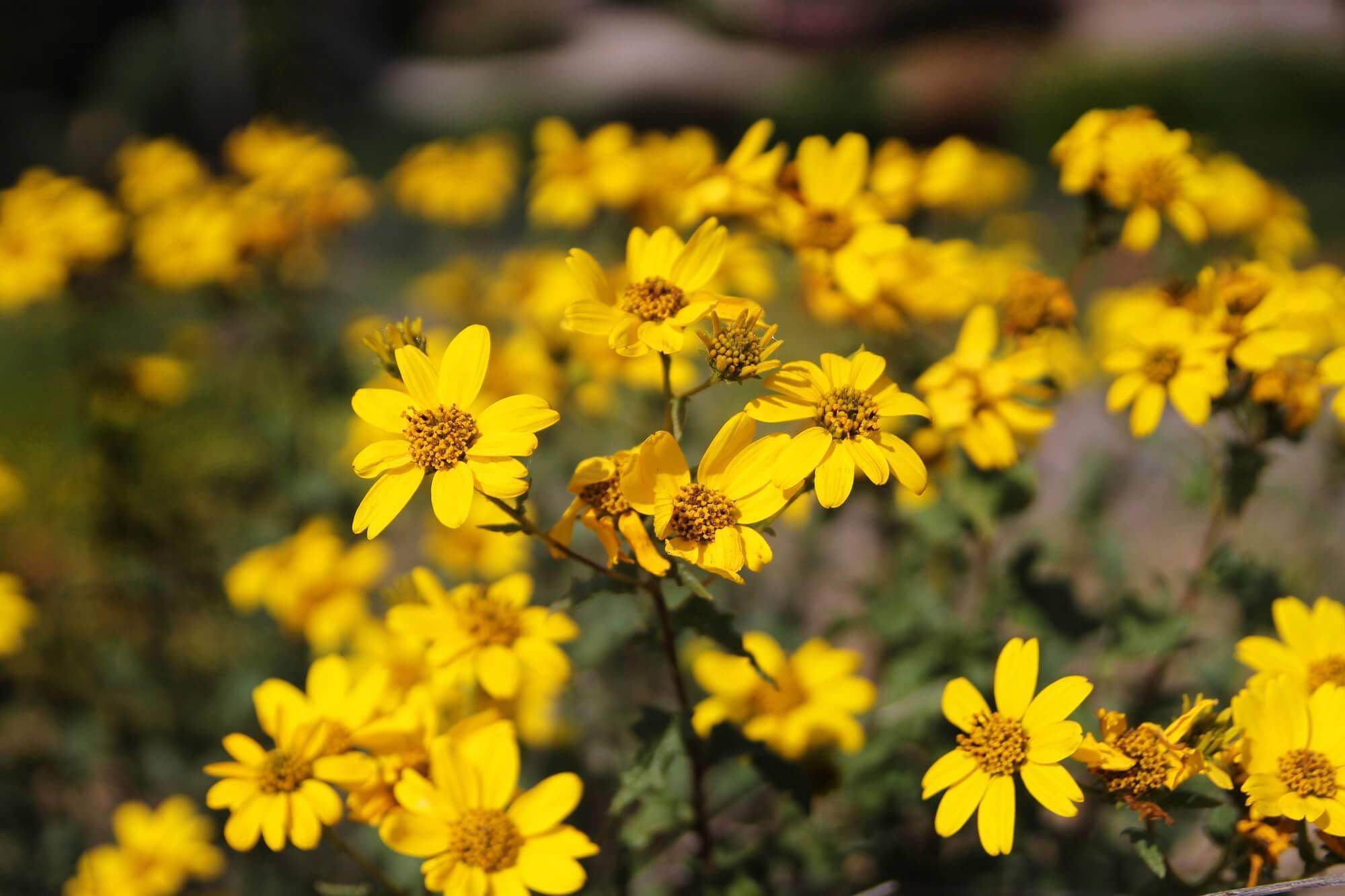 Here are markers all over for the bikers. There are some pretty cool bike jumps out here: 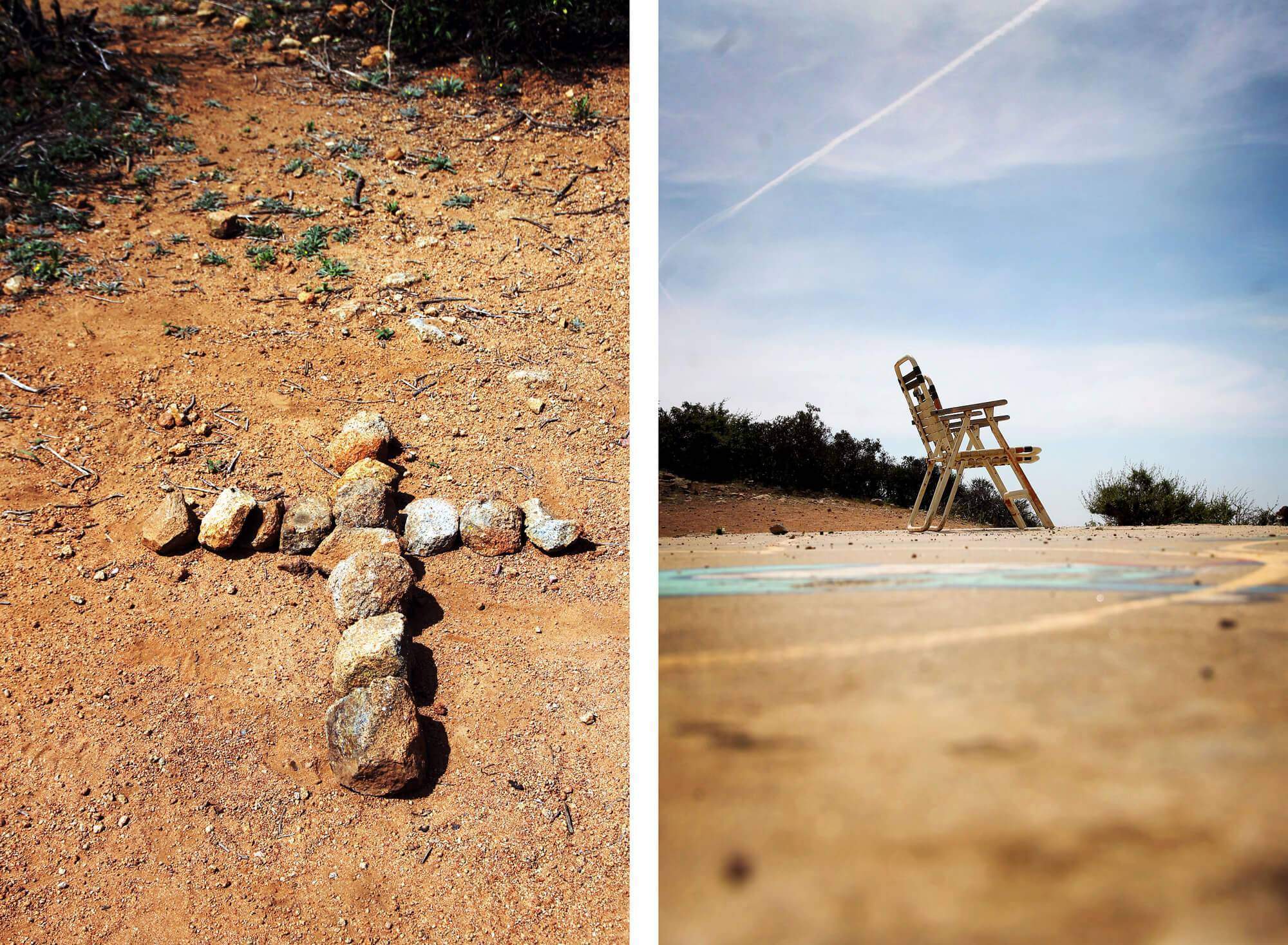 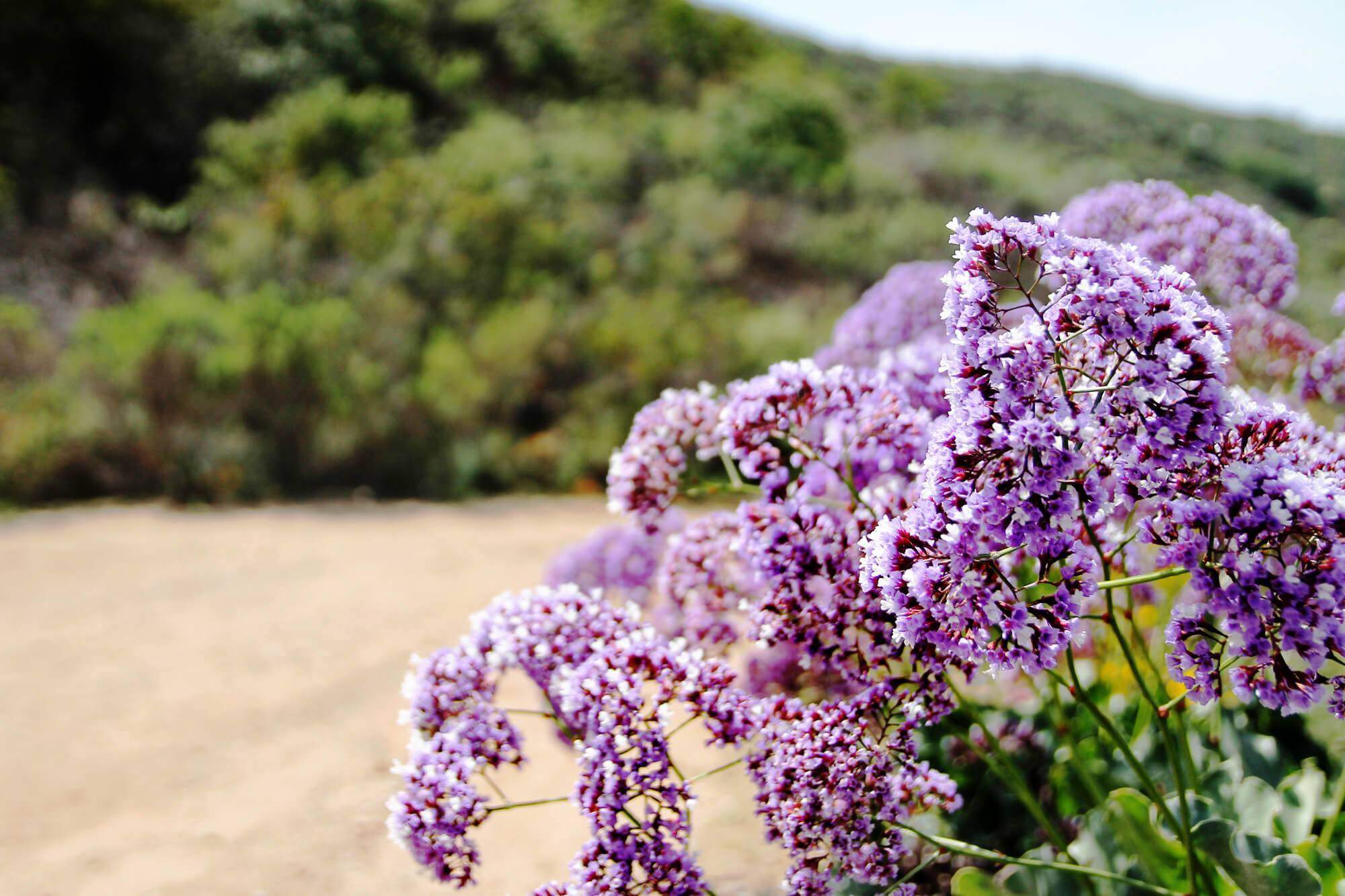 For the most part I would say this is a pretty easy hike although there are a few areas where the incline goes up quite quickly. You may need to take a breather every once in awhile. 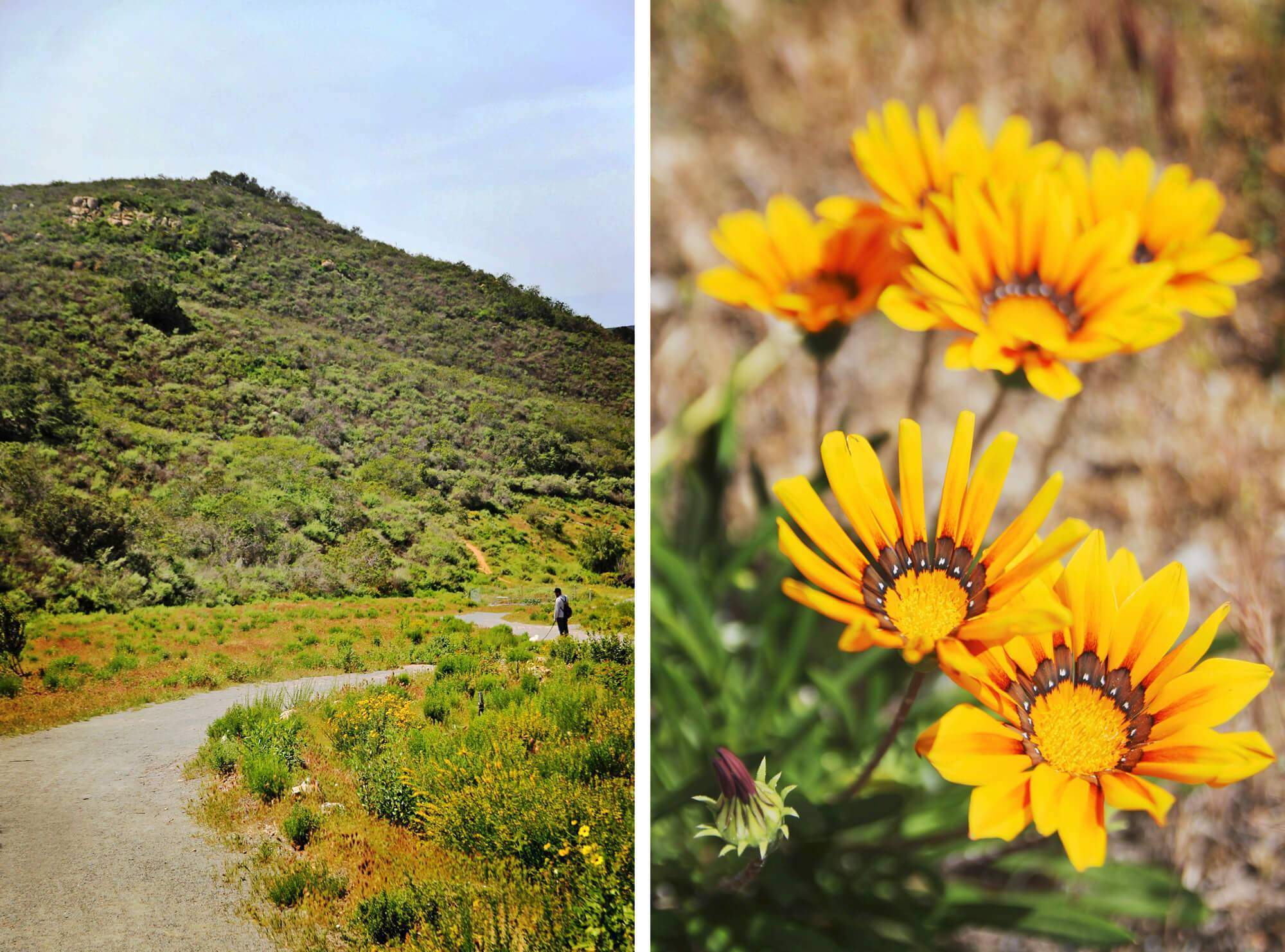 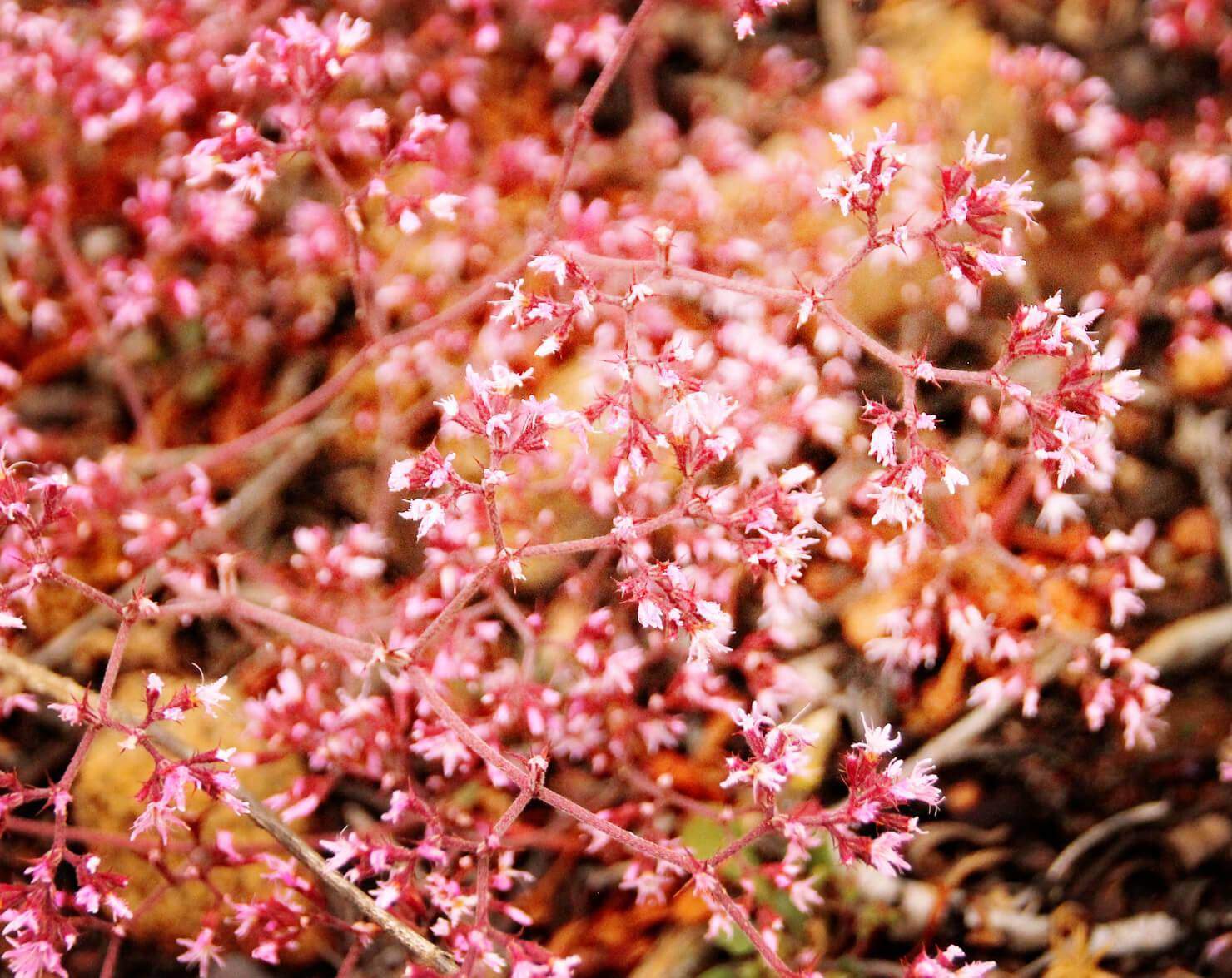 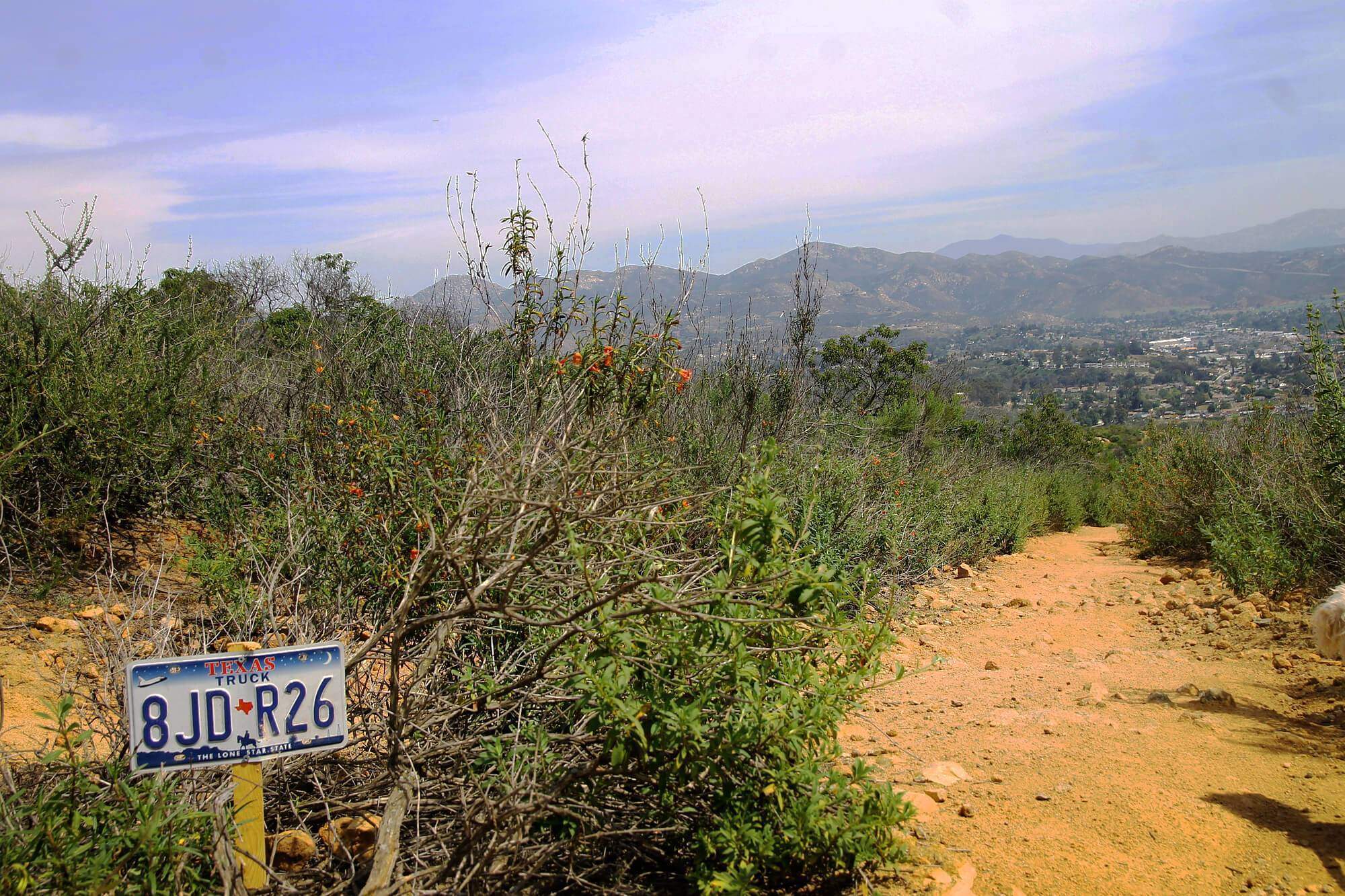 We spotted many gorgeous yucca blooms: 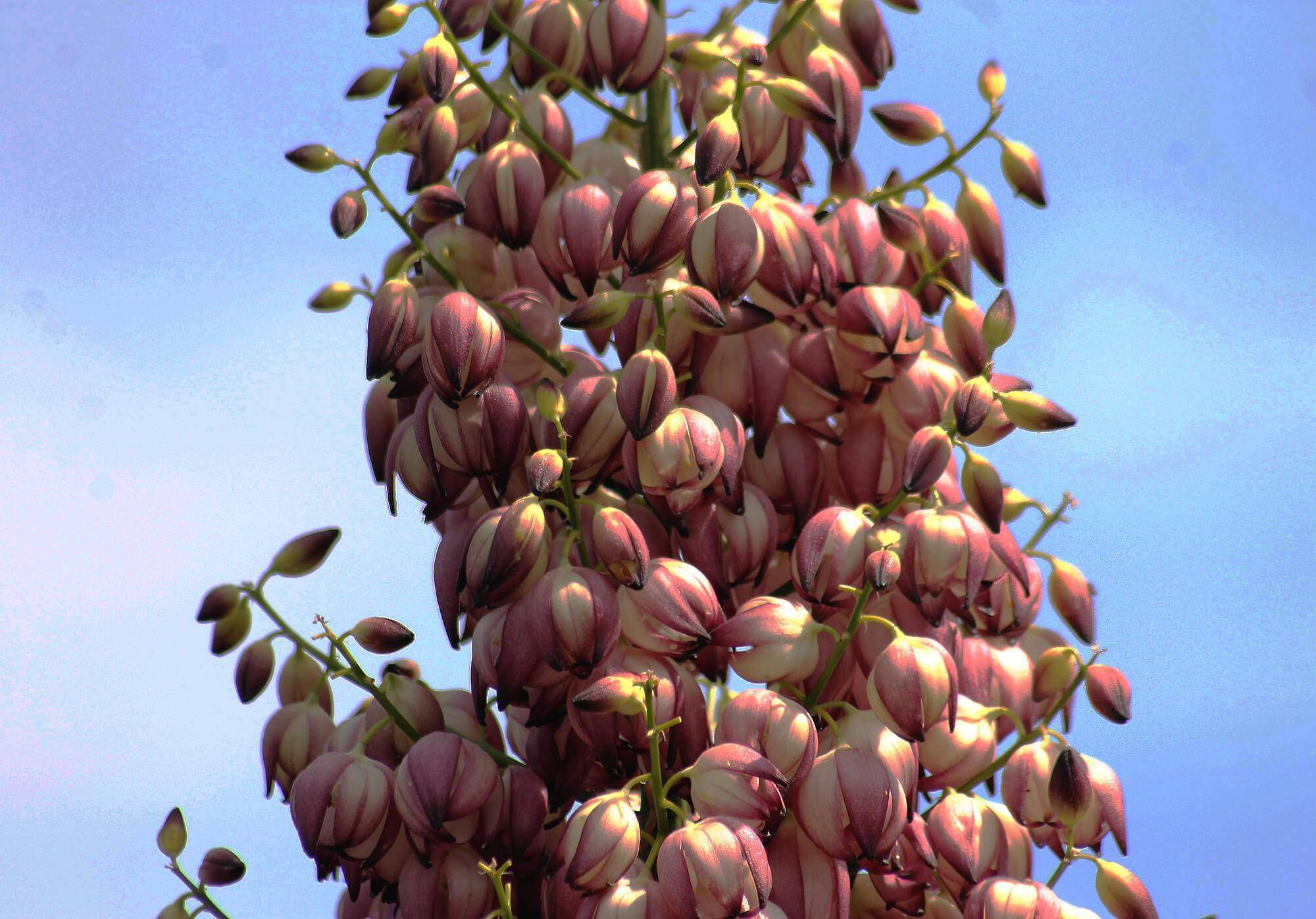 We made it to the top! And how fitting, there were two lawn chairs placed on top of the concrete slab facing a gorgeous, seemingly-endless view:

Poor guy has obviously gone through some rough times: 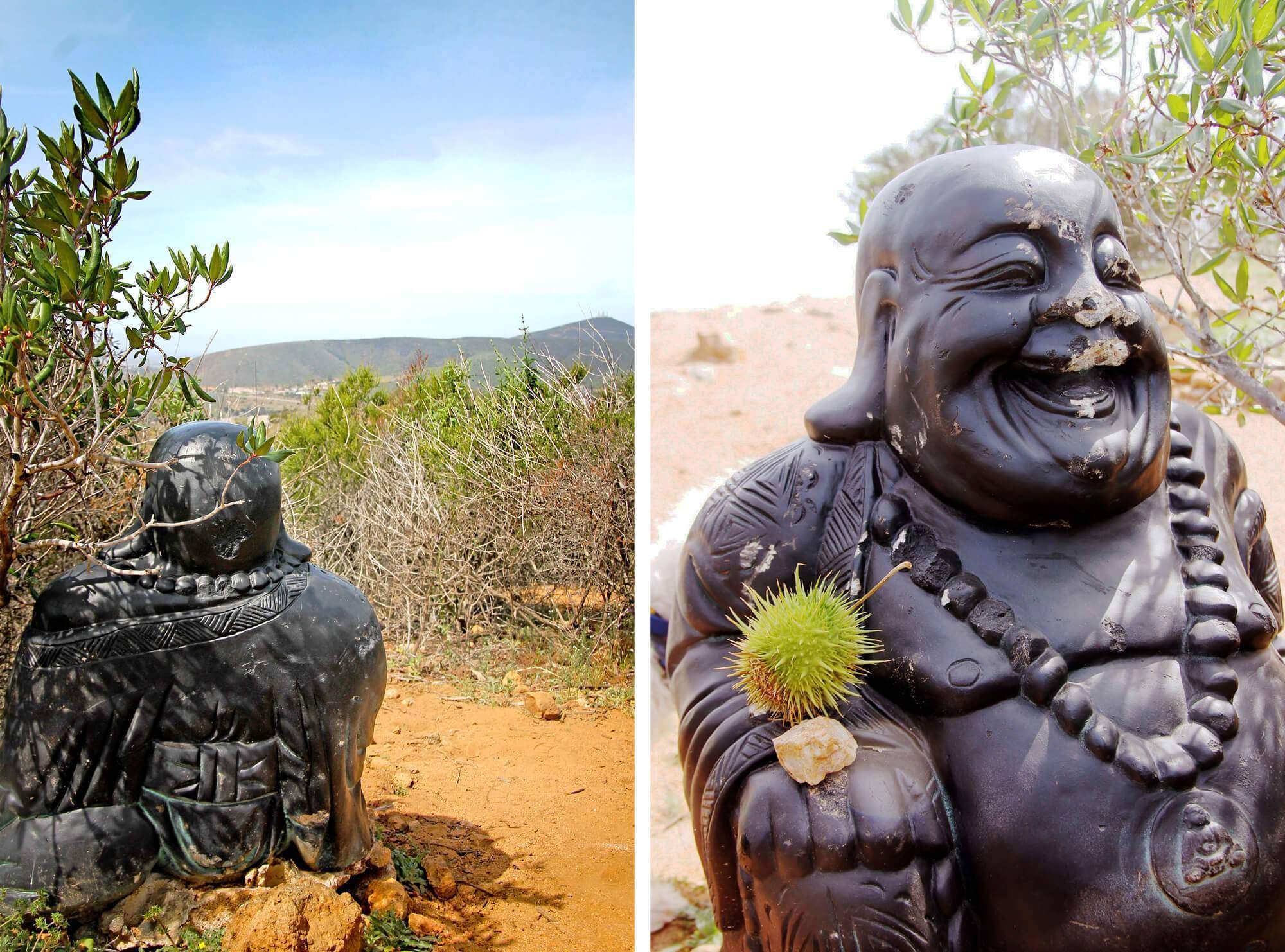 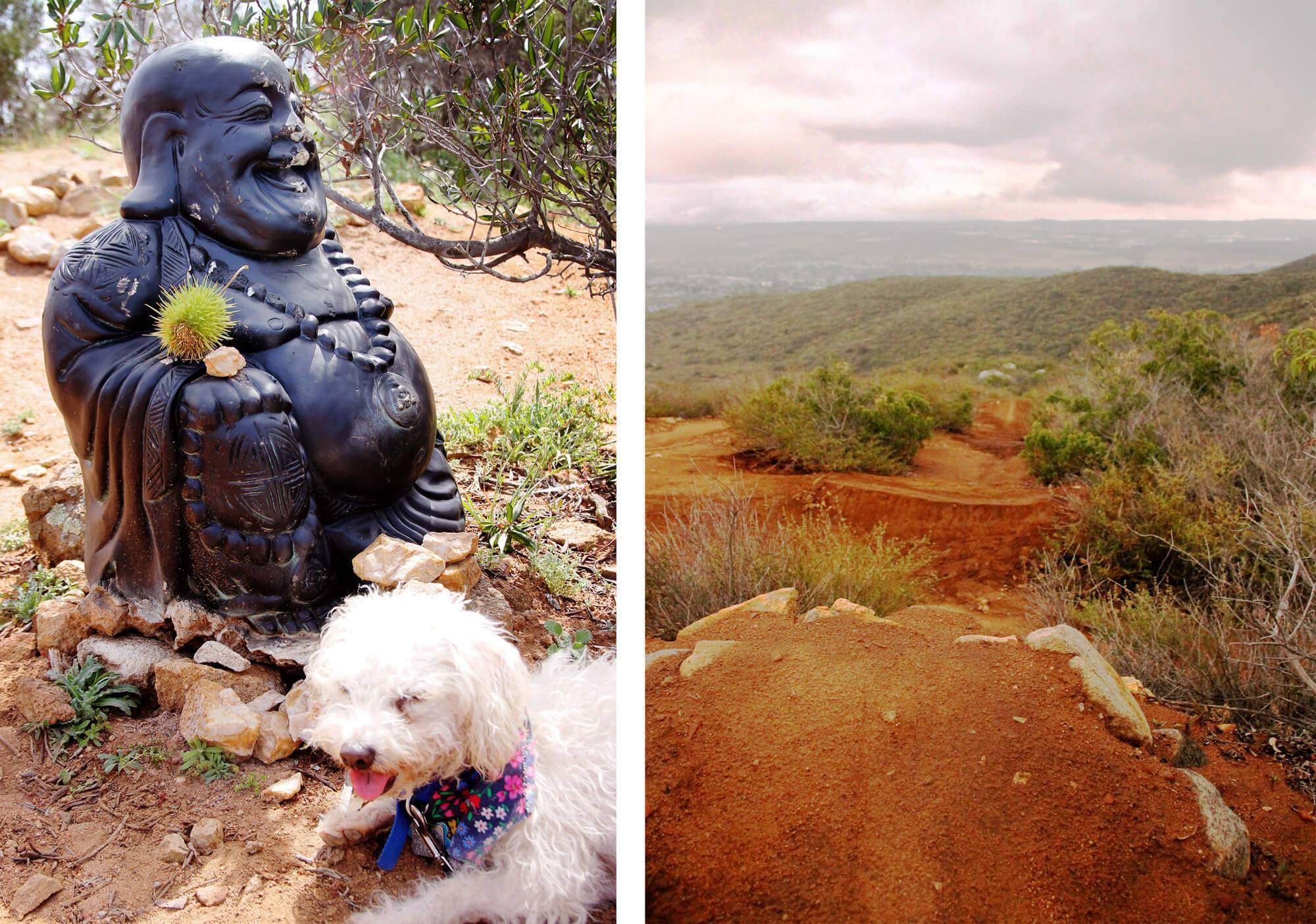 I have done this hike twice.  The second time was in the rain: 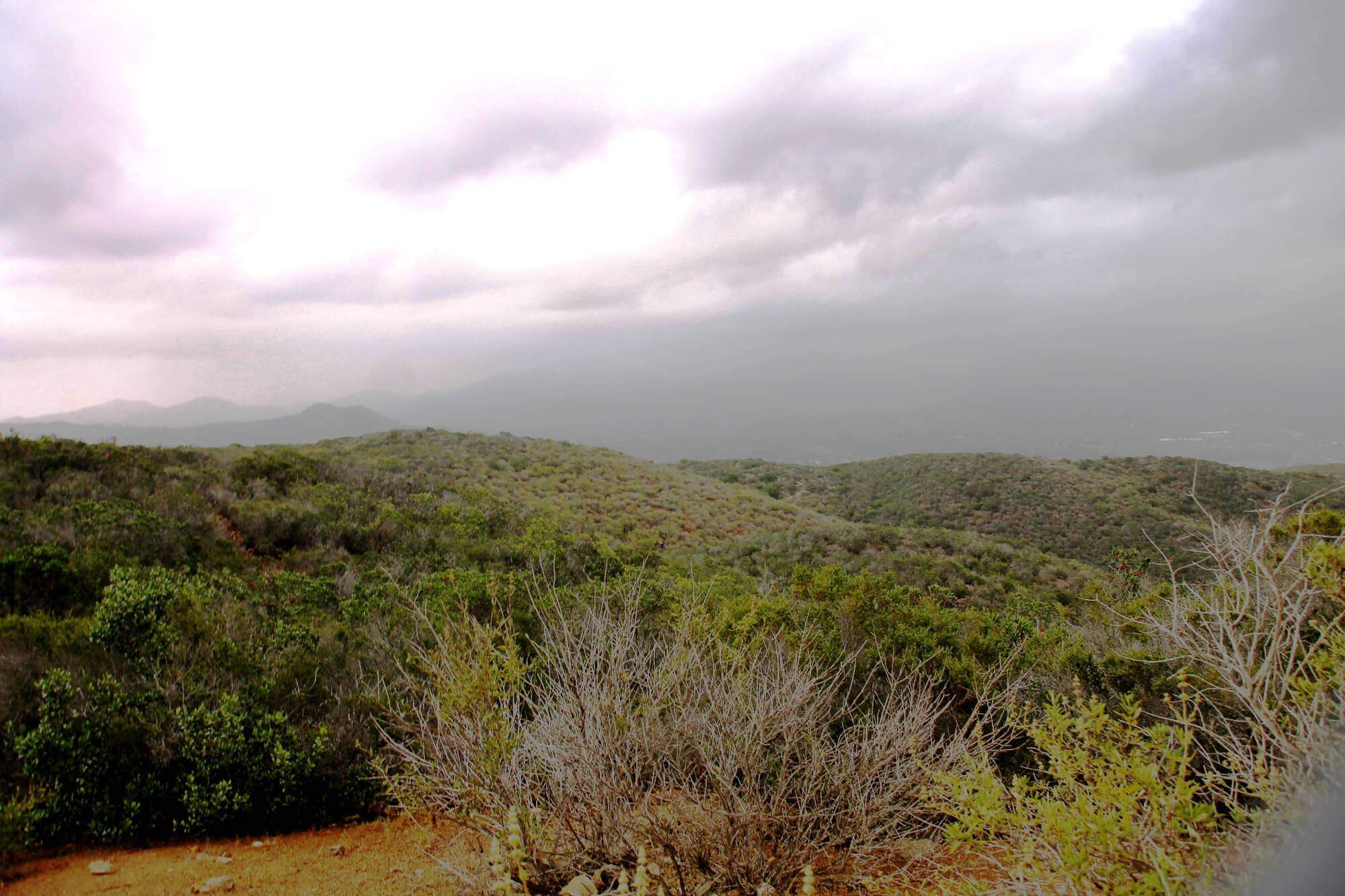 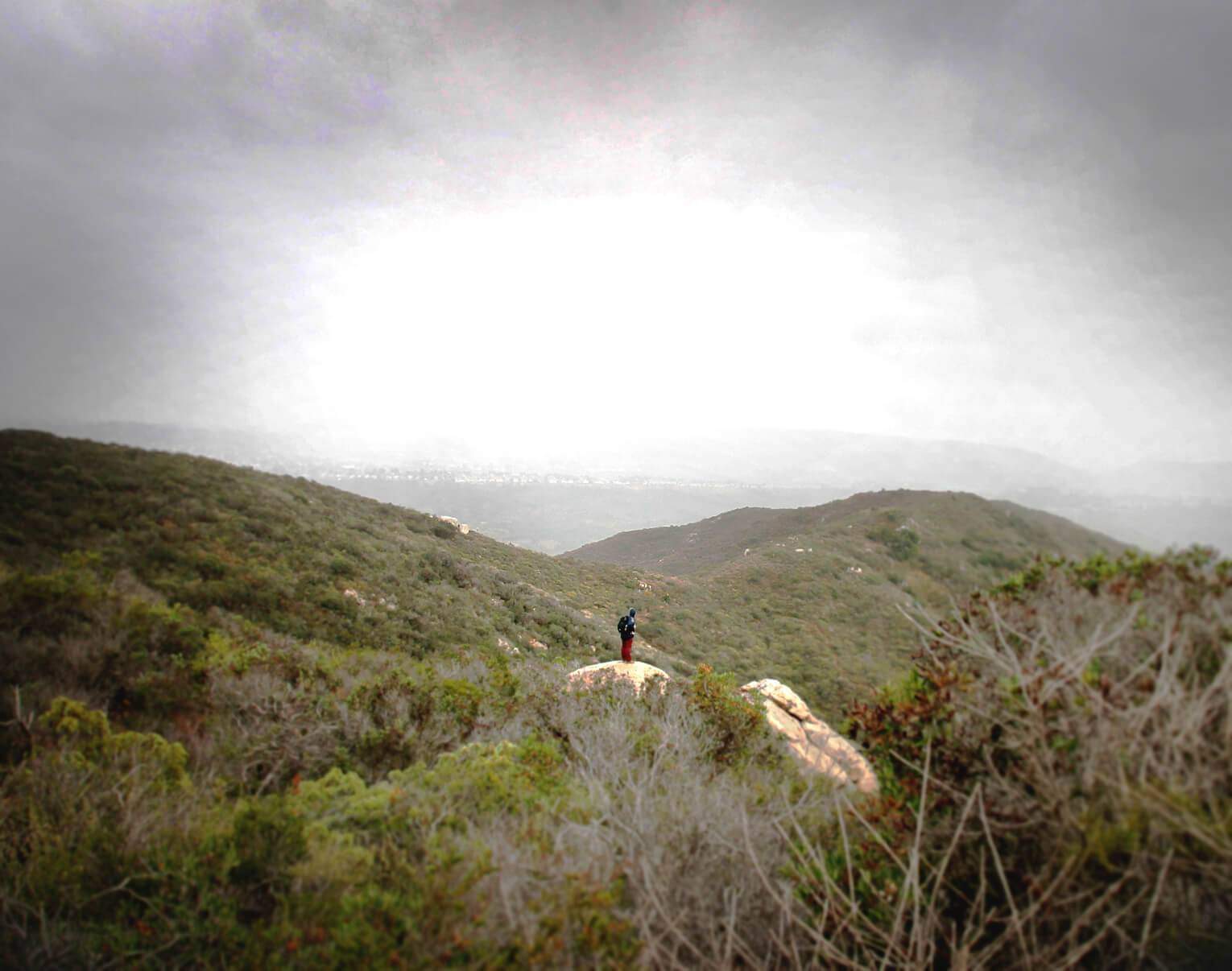 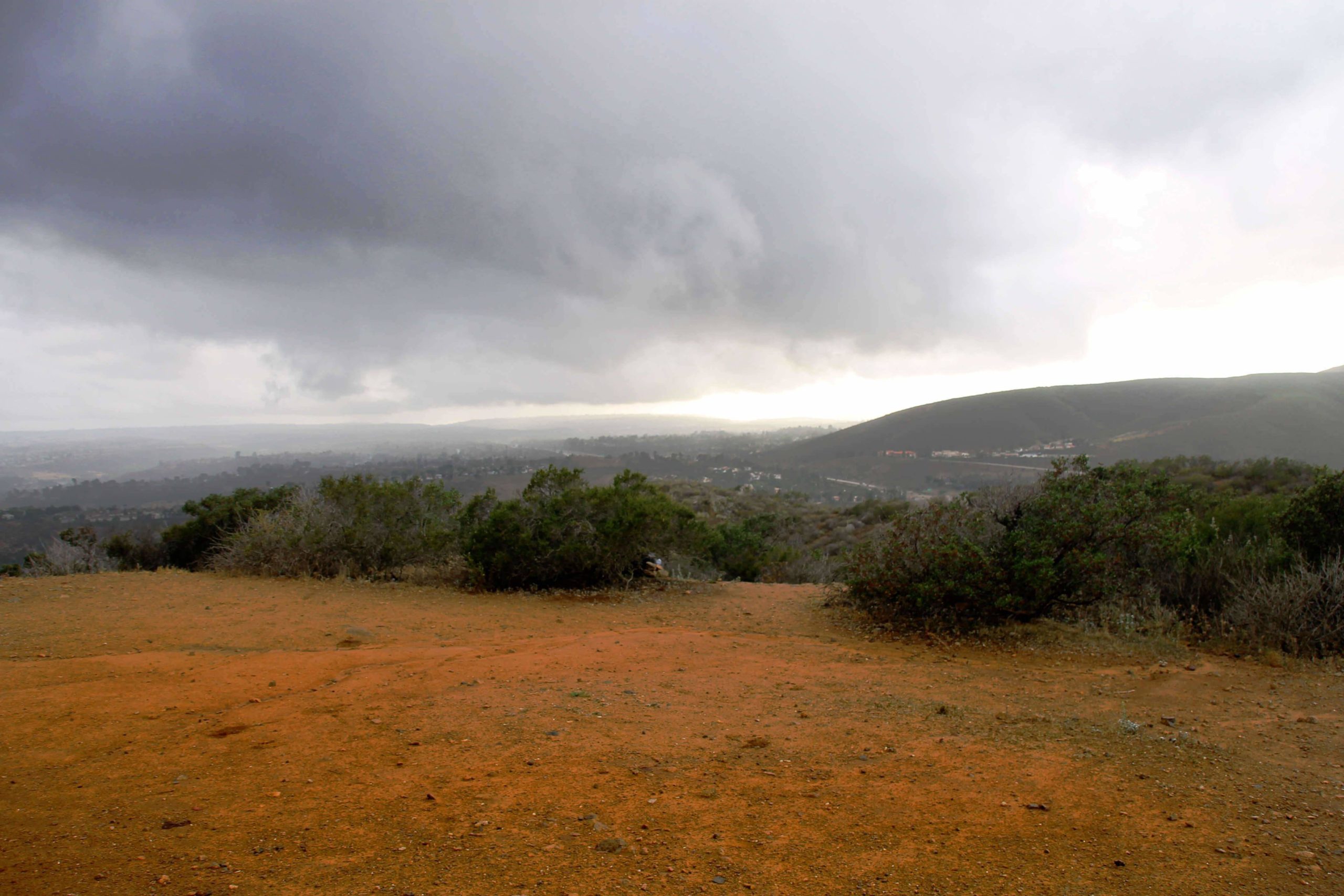 Apparently the hills have eyes! 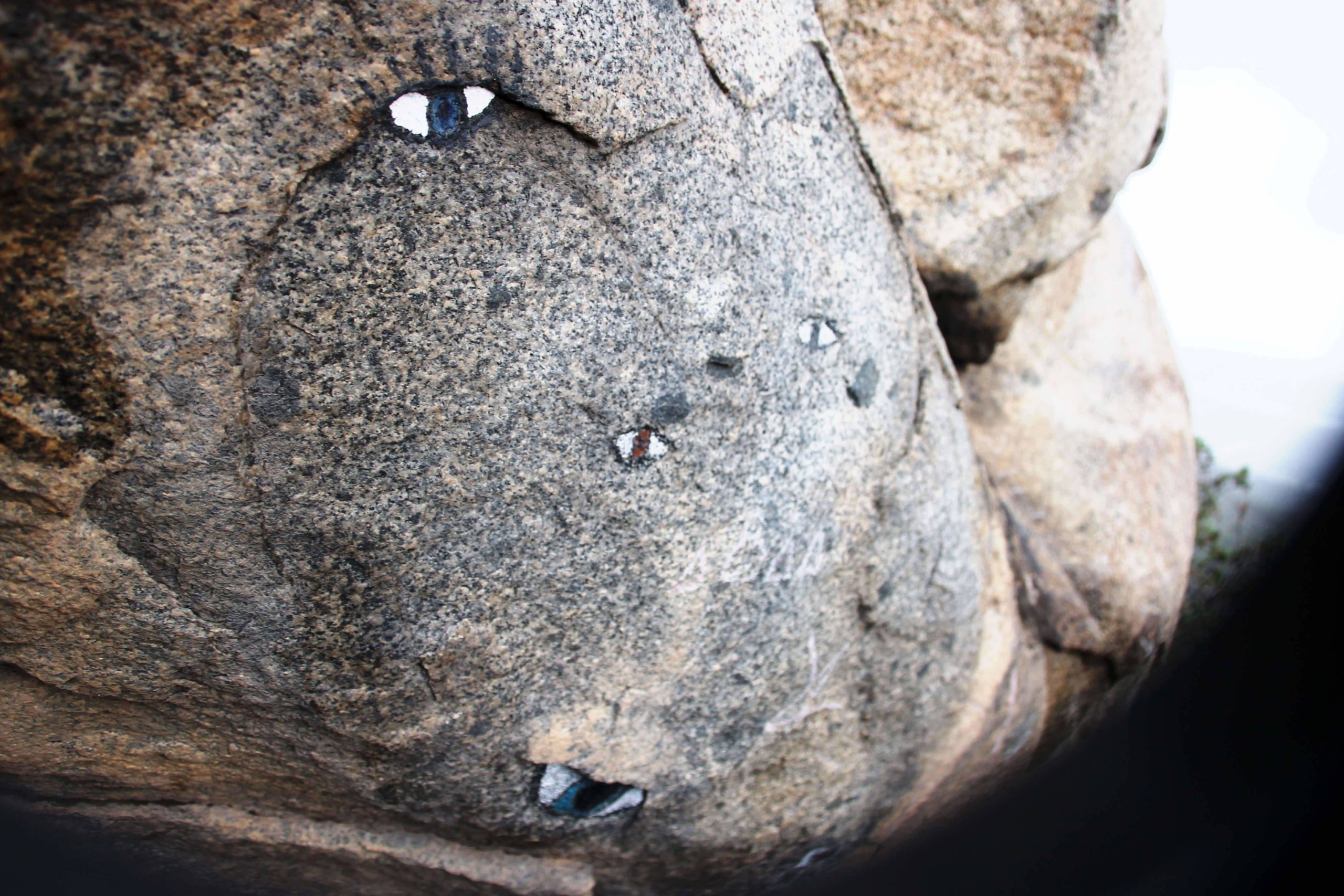 We found a geocache up here: 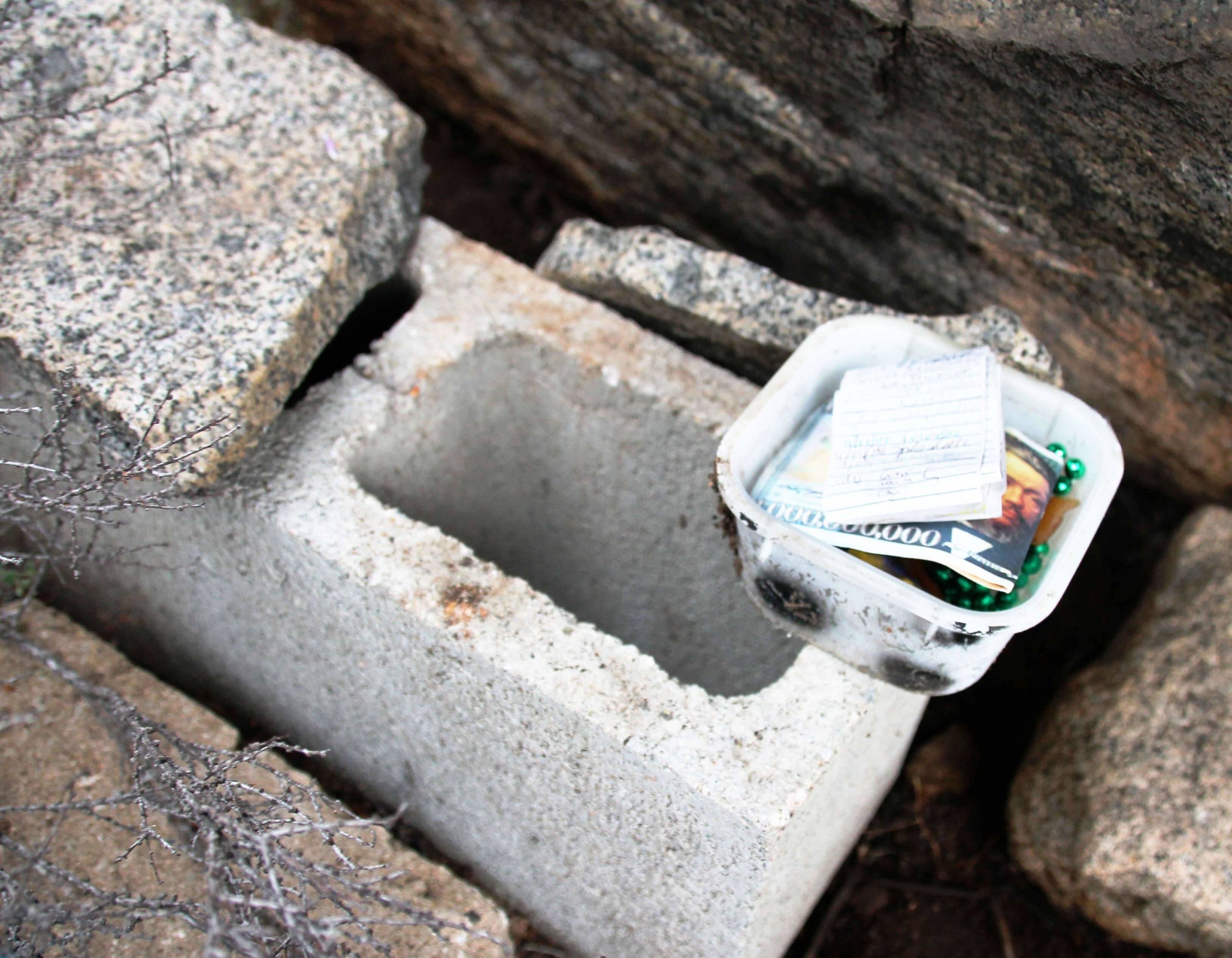