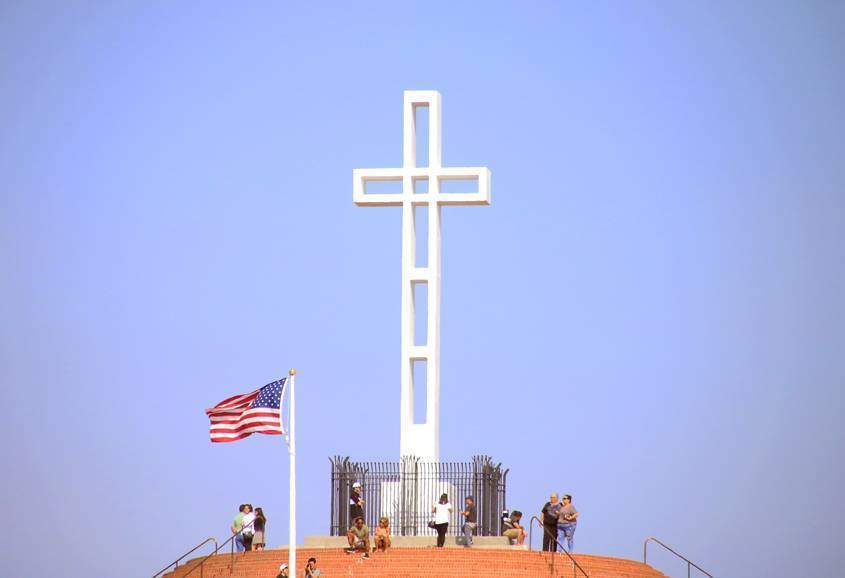 The very tip of Mt. Soledad, located in La Jolla, bears a cross that can be seen from many miles away. The Mt. Soledad Cross was first built in 1913 and was later dedicated as the Mt. Soledad Easter Cross in 1954.

The cross was challenged in court in the 1980’s and was then designated as a Korean War memorial.  It has always been a source of great controversy, clearly displaying a religious symbol on government property. The cross was even ruled unconstitutional by the United States Court of Appeals for the Ninth Circuit in January 2011. 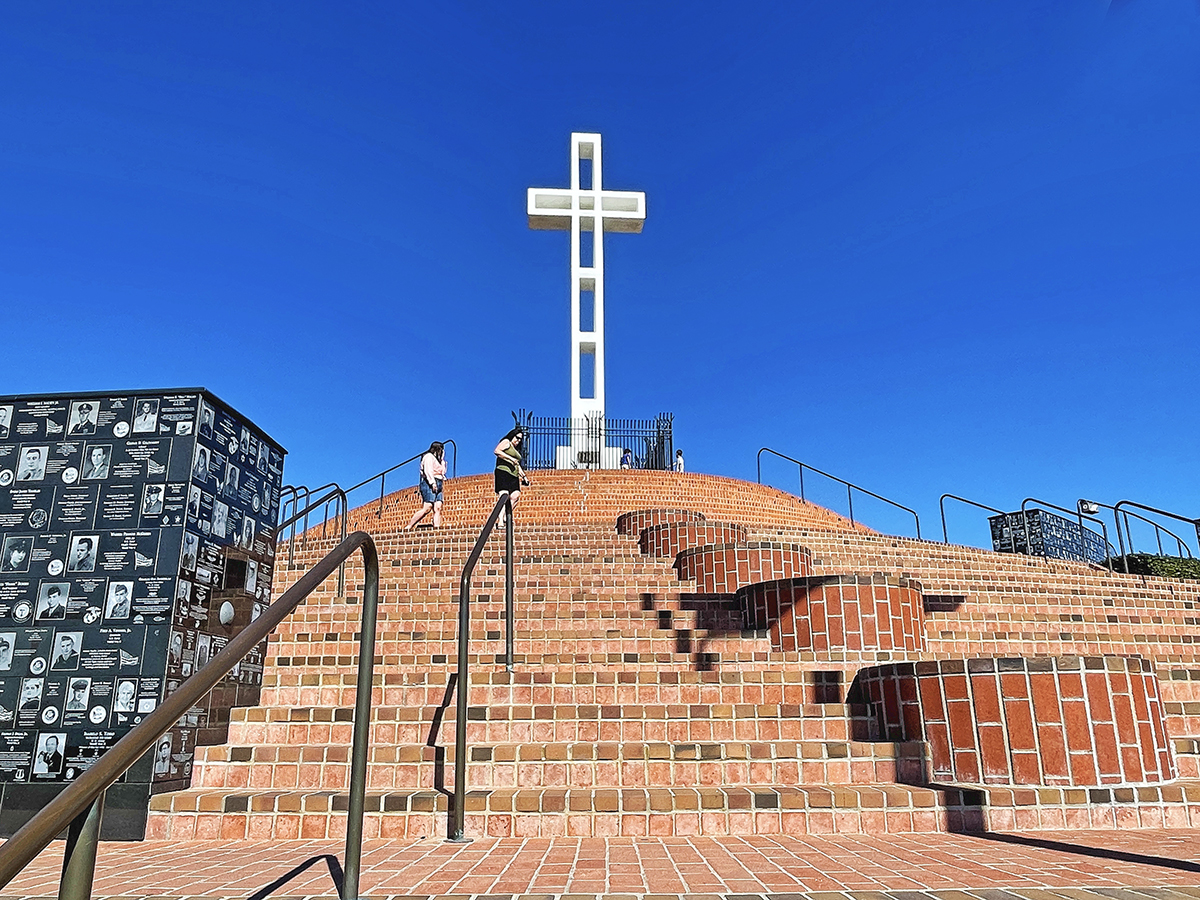 In July 2015, a group called the Mt. Soledad Memorial Association bought the half-acre of land under the cross from the Department of Defense for $1.4 million. This officially no longer put the cross on government property and finally brought both sides to an agreement to drop the case.

While you’re in the area, make sure to visit Kate Sessions Park nearby!

Addendum by David B. Johnson:

Comments on this article have raised valid issues regarding the racially fraught history of San Diego County, and the attitudes that were dominant here when religious symbols were erected in prominent places in San Diego County. The original Mt. Soledad cross was erected in 1913, and the Mt. Helix cross was erected in 1925. During that period and for decades afterward, the racial purity of San Diego neighborhoods was protected by the real estate industry, the insurance industry, the legal profession and by 100% white City and County governments.

Restrictive covenants attached to purchase contracts for homes began to proliferate in the early 1900s, probably in response to increasing wealth among some minorities, and they were in home purchase contracts for decades. One black San Diegan who purchased a home several years ago was surprised to read the following covenant in his home’s original 1950 deed, “That neither said lots or portions thereof or interest therein shall ever be leased, sold, devised, conveyed to or inherited or otherwise acquired by or become property of any person other than the Caucasian Race.” 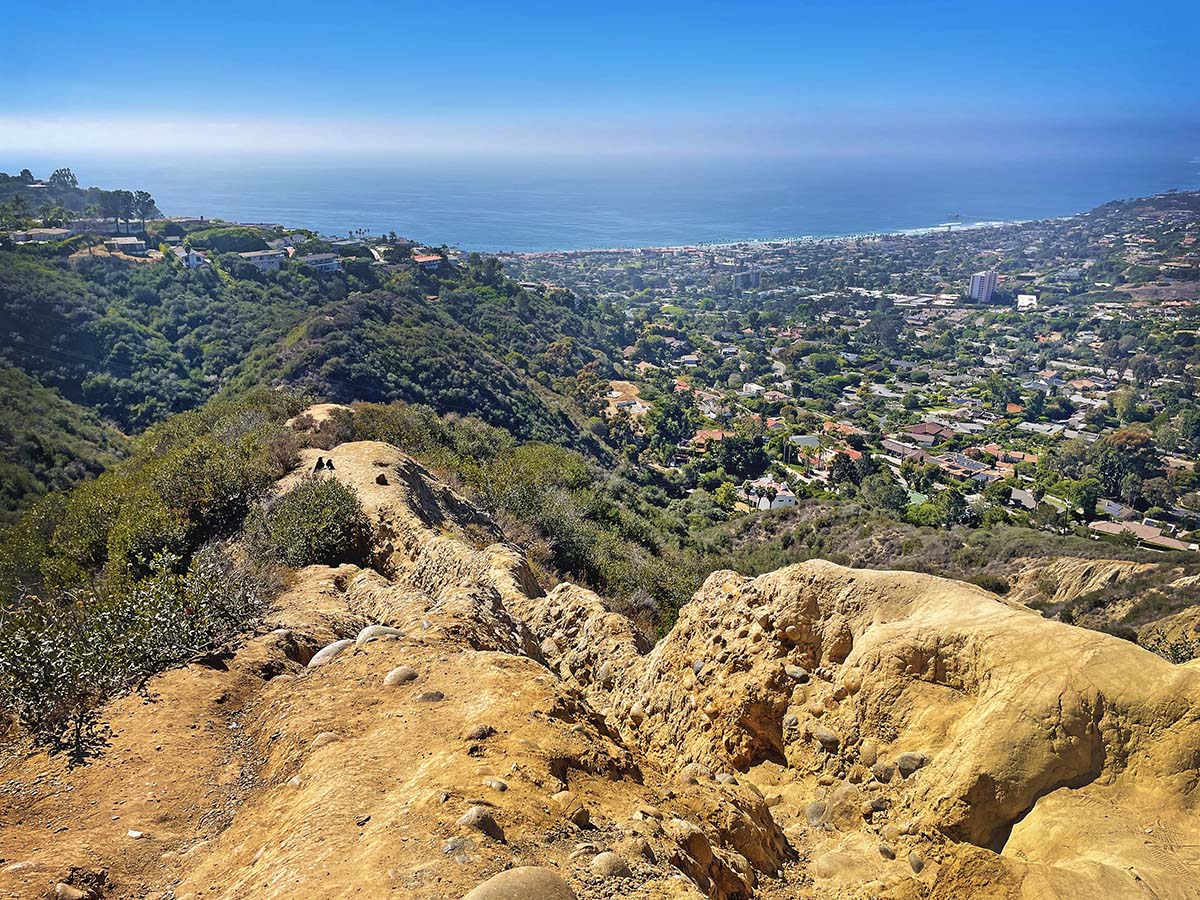 Minorities could not look to local government for relief from institutional racism.  If one needs an illustration into the stranglehold whites held over government in San Diego, it is underscored by the fact that the San Diego City Council did not have a non-white member until Tom Hom was elected in 1963, and Leon Williams is still the only black person to ever serve on the County Board of Supervisors.

Restrictive covenants depended on the unity of homeowners in neighborhoods for their enforcement.  There were cases where minority families succeeded in purchasing homes ostensibly bound by these covenants, and the Supreme Court held that such covenants were legally unenforceable in the 1948 case, Shelley v. Kraemer. But I can say anecdotally that change in the makeup of many San Diego neighborhoods was slow. I went to four different schools in San Diego between 1958 and 1963, and I do not remember a single black student at any of them. There were Asian and Hispanic students at each of the schools, and they were popular and well accepted.

Martin Luther King Jr. believed that the arc of the moral universe bends toward justice.  If this is true, it is clear that there are many impediments that have been and continue to be placed in that path along the way.

Wow, talk about a view! Mt. Soledad offers a stunning panoramic glimpse of San Diego. Come here to catch the sunset and be sure to bring your camera! Just note that this is a very popular viewpoint and there are almost always a ton of people with limited parking spots.

There are some other great hidden gems to lookout for while on Mount Soledad which include finding the Munchkin House and troll bridges.  Afterward, have a nice picnic at Kate Sessions Park! 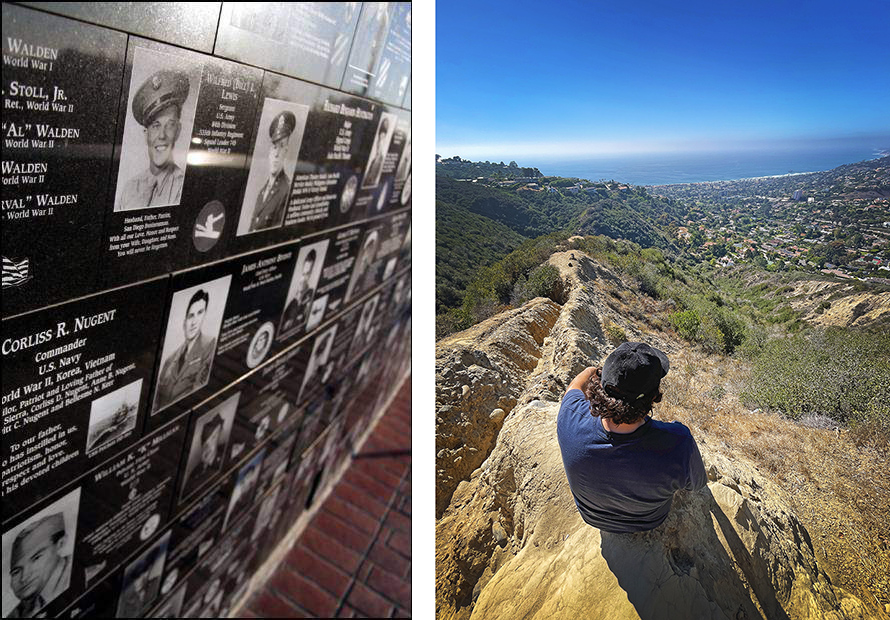 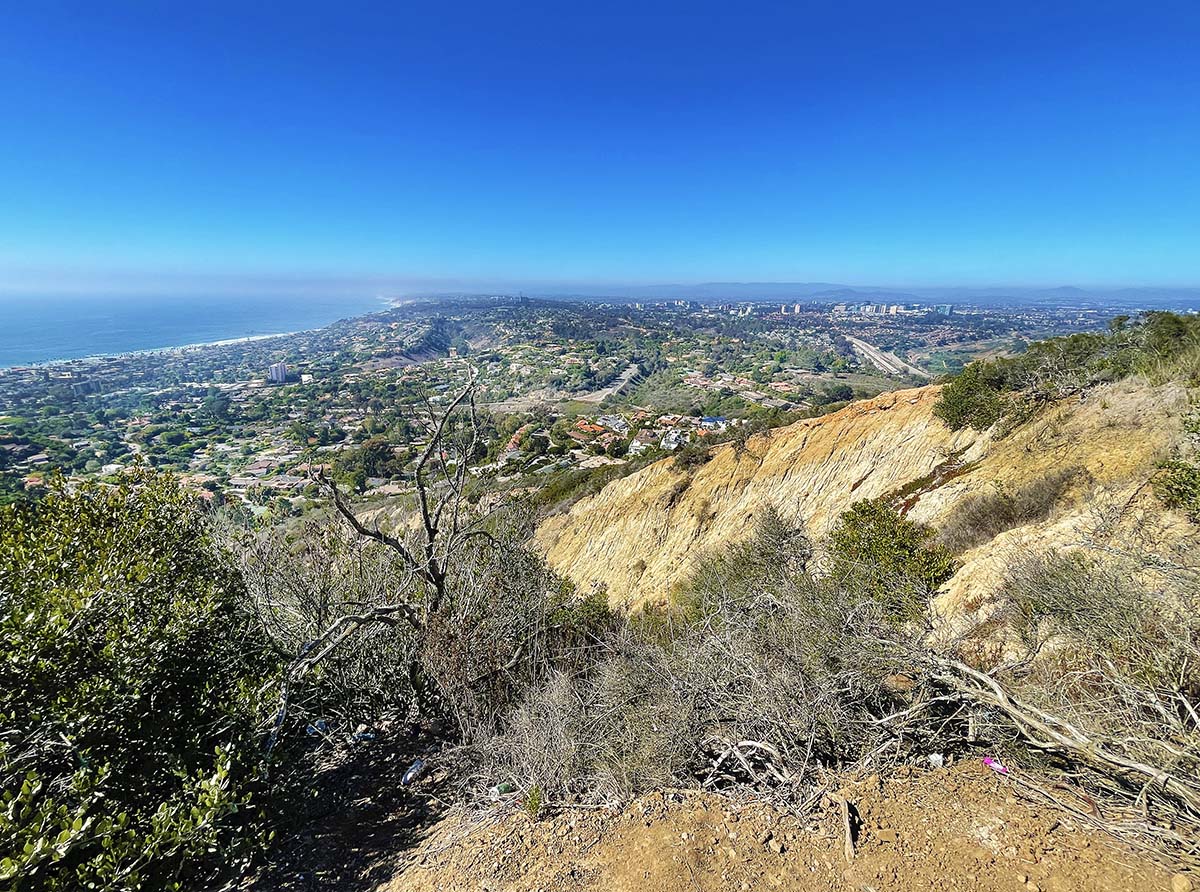 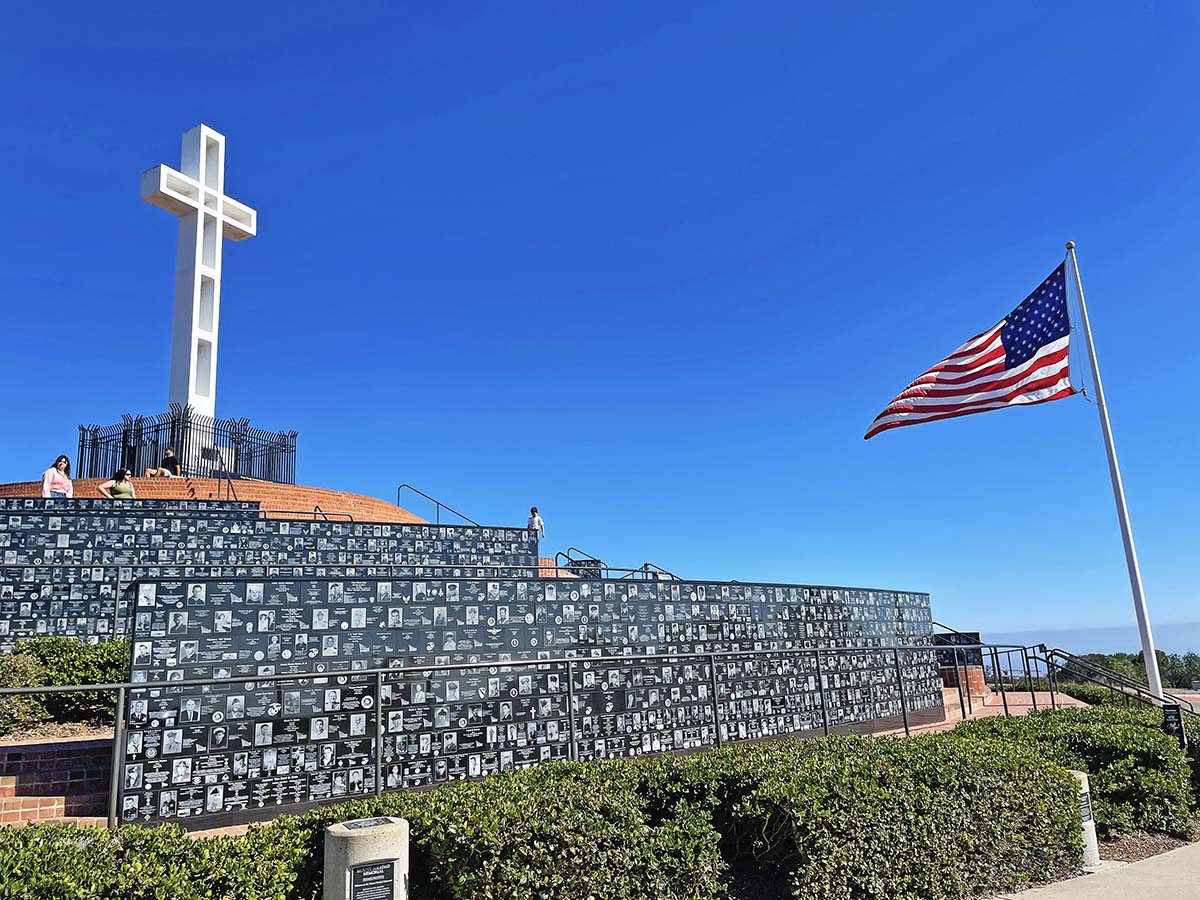