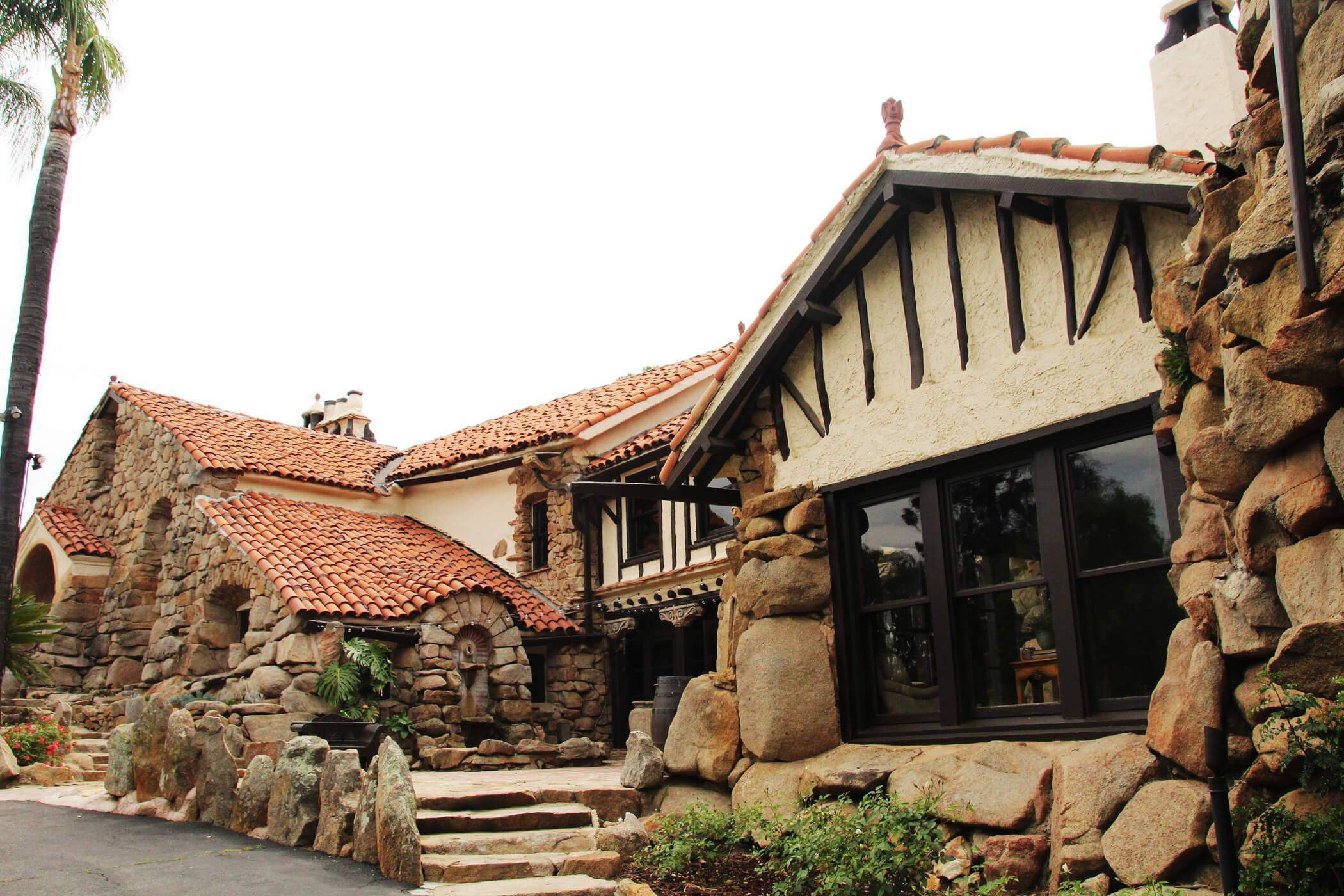 **Call in advance if you would like to tour the castle**

About the Mt. Woodson Castle

When one thinks of a 27-room castle with roots in the occult, Ramona, San Diego most likely doesn’t come to mind.  And yet there it sits, the mysterious Mt. Woodson Castle.

The castle was completed in 1921 during the Craftsman Movement for the successful dressmaker, Amy Strong. Before moving to Ramona, Amy lived downtown, working and living at the Grant Building. 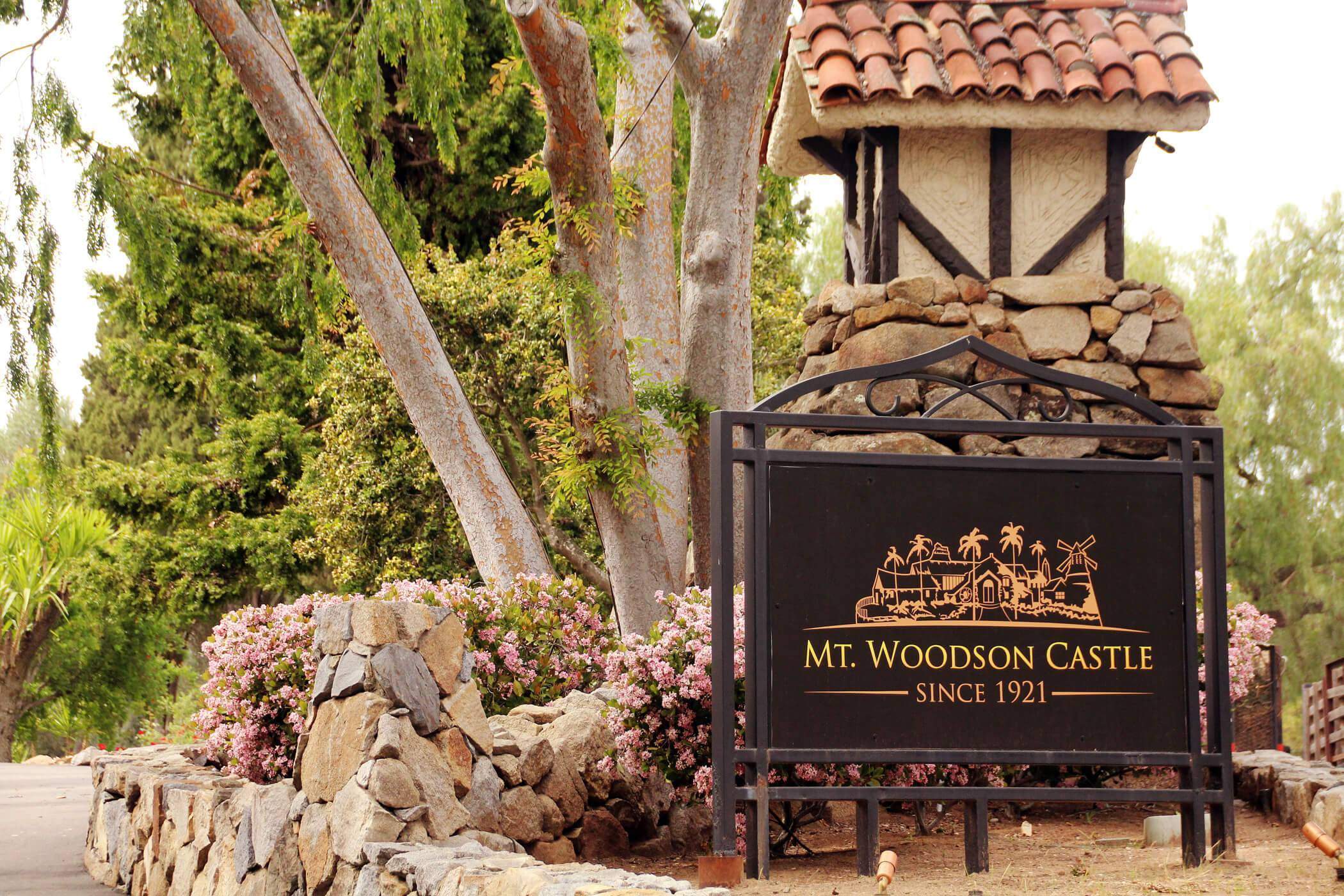 Amy would also spend a lot of her time at the Hotel Del Coronado, rubbing shoulders with much of the city’s social elite. She is said to have been actively involved in charity work and would also travel once a year to Europe to purchase dress material for her wealthy clients.

Building her home took 5 years and cost $50,000.  There were many esteemed hands involved in the completion of her home which emphasized the connection between the surrounding environment and herself.  Many primitive material were used such as eucalyptus, oak and redwood, rocks and flagstone, adobe, bricks and tiles, plaster, concrete and stucco.

Strong hand-picked rocks based on their size, shape and color from the slopes of the mountain.  Adobe bricks to create the second story were many from the clay soil found along the drainage. 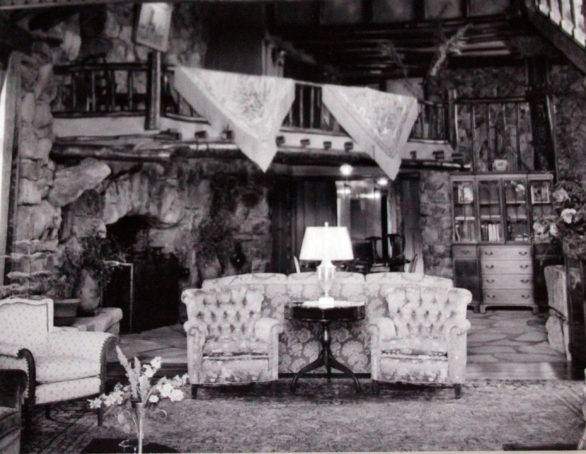 When the castle was finally finished, it was a multi-level, 27-room, 12,000 sq. floor home. It contained a sitting room, swing porch, pantry, four fireplaces, a dutch oven, dumb waiter, complete intercom system and a gasoline-engine-assisted windmill.

While you’re in the area, make sure to visit the Rashelica Winery nearby!

The windmill pumped water from the springs to redwood storage tanks and the room under the windmill was used to cool meats and vegetables. 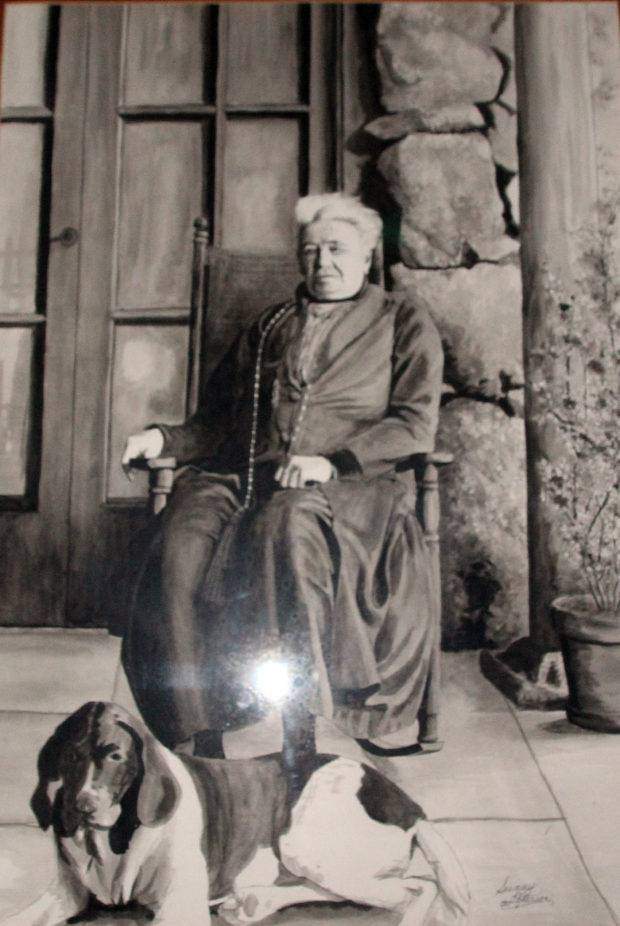 Former archaeologist Ron May chimed in on his experiences here, saying this: “In 1977, the owner of The Castle contacted and invited me to visit the building and property. He was in the Hertlein family (liquor manufacturers). I observed a notebook of photos and heard the story of the spiritualist who selected each boulder/rock to build the castle.

She installed the rocks so the moss faced inside, then built a channel at the base that would drain water outside. Then she installed an irrigation system to water down the walls, which made the interior of the Castle cool and moist during the hot summer months.

There is a room that the ceiling is all in zodiac symbols, and a floor done the same upstairs. There have been many owners since then, but in the 1980s, I was Project Manager on Ramona Rural Estates and required The Castle to be nominated to the National Register and so it was. I left County service in 1998 and over the years learned it had indeed been designated.”

Is the Mt. Woodson Castle Haunted?

Amy later developed deep roots in the occult and spirit realm. Many claim her house to be haunted for this reason.  She even had a zodiac room built! When I asked several of the employees working there if they thought it was haunted they unanimously shook their heads and said most definitely. There have been multiple employees who have abruptly quit due to frightening experiences in this home. 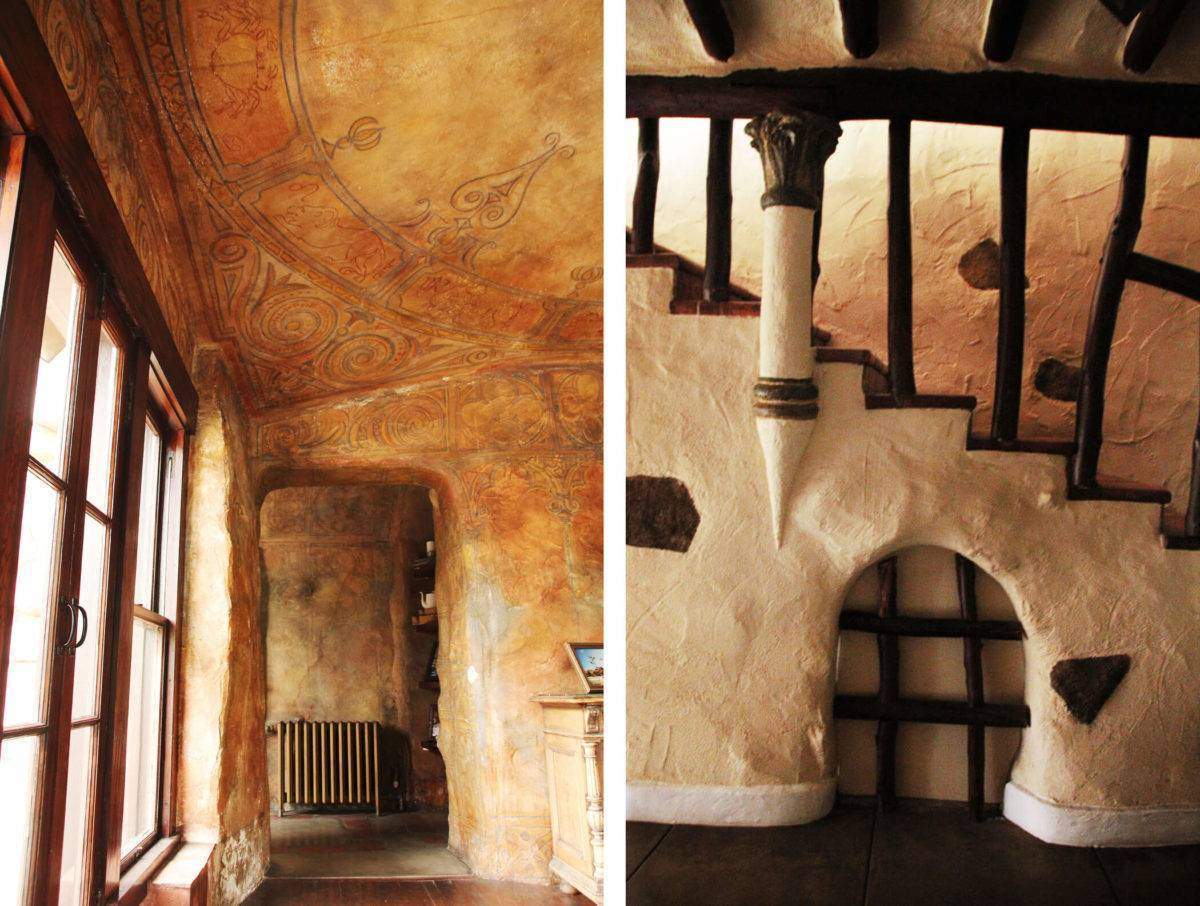 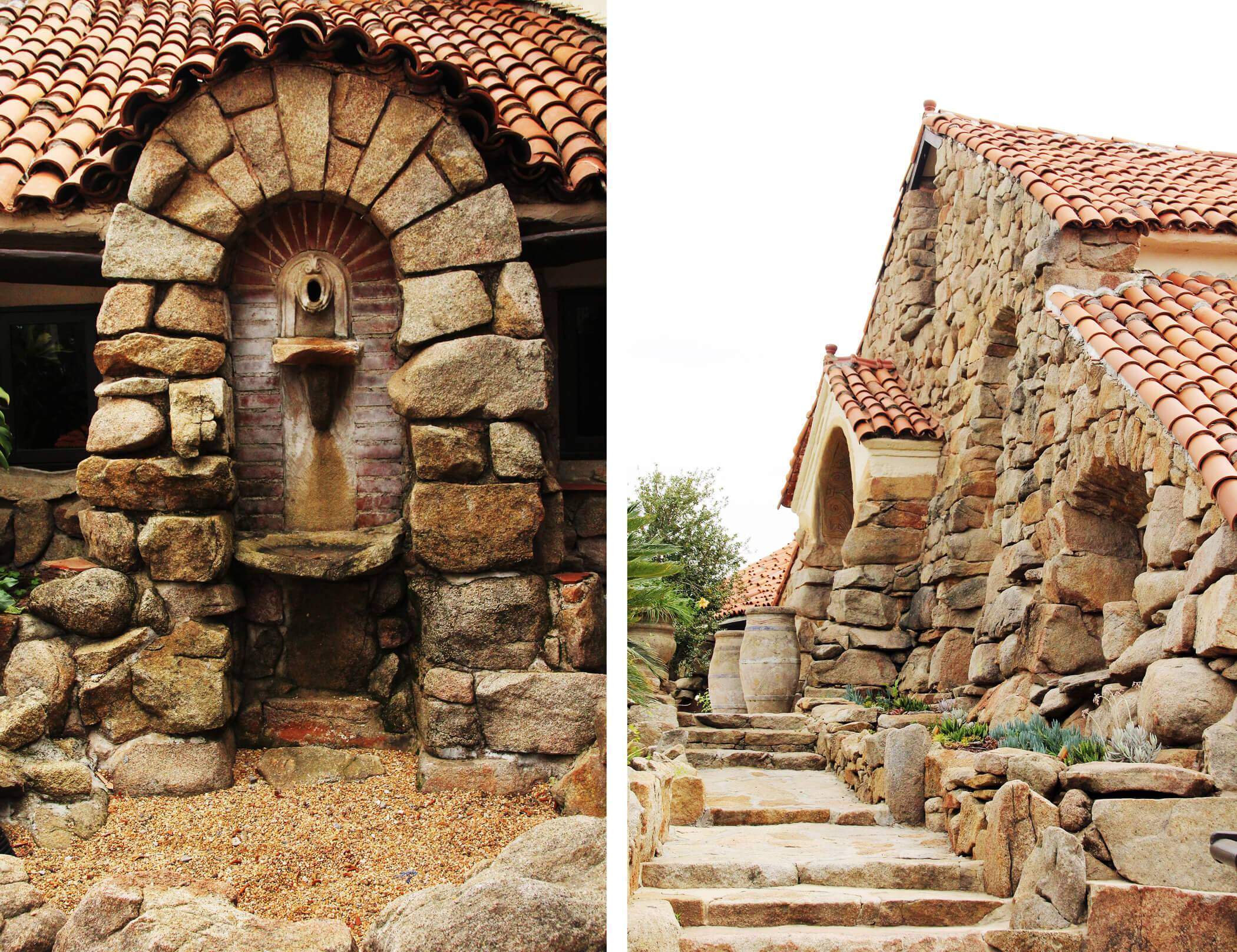 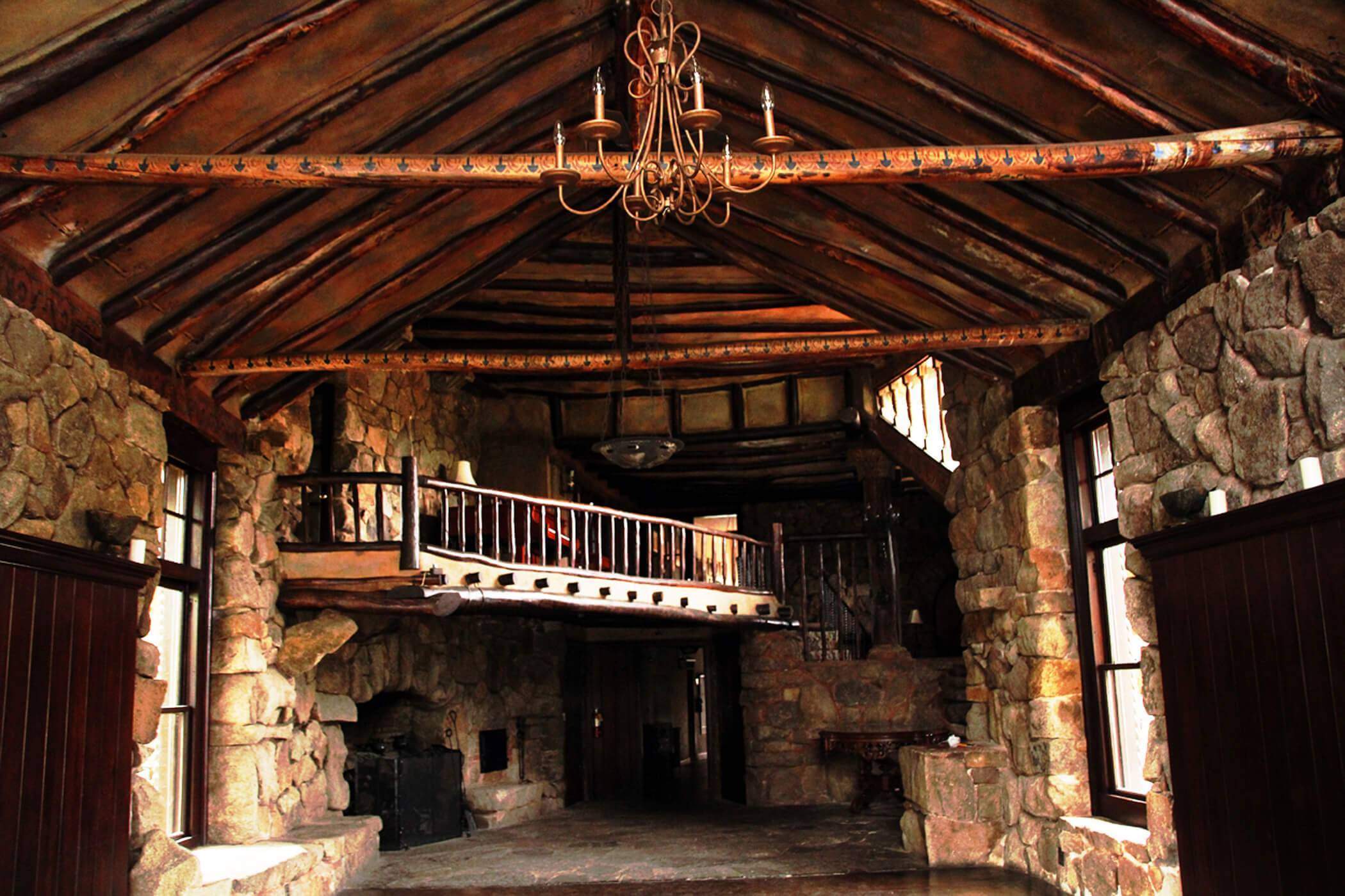 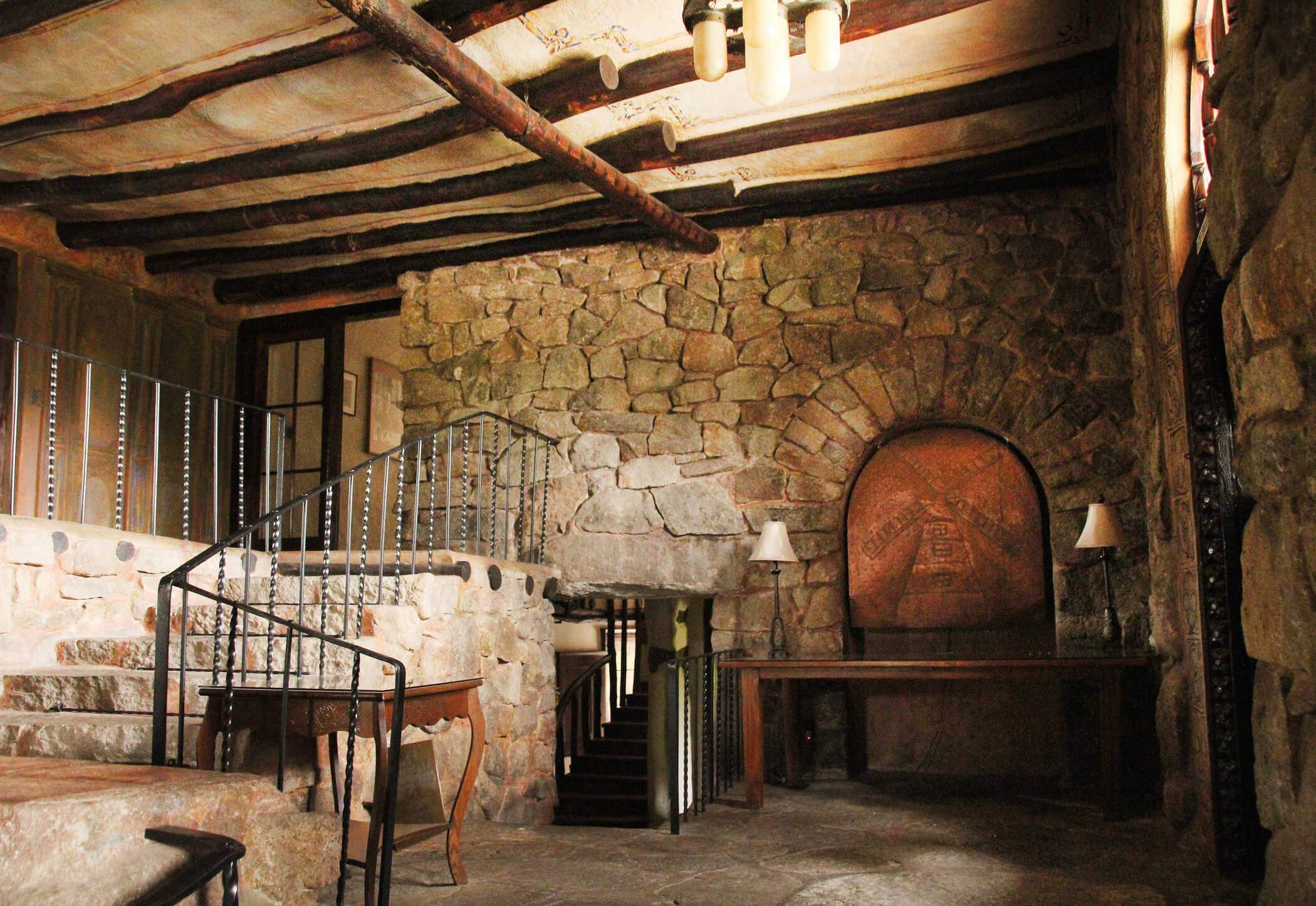 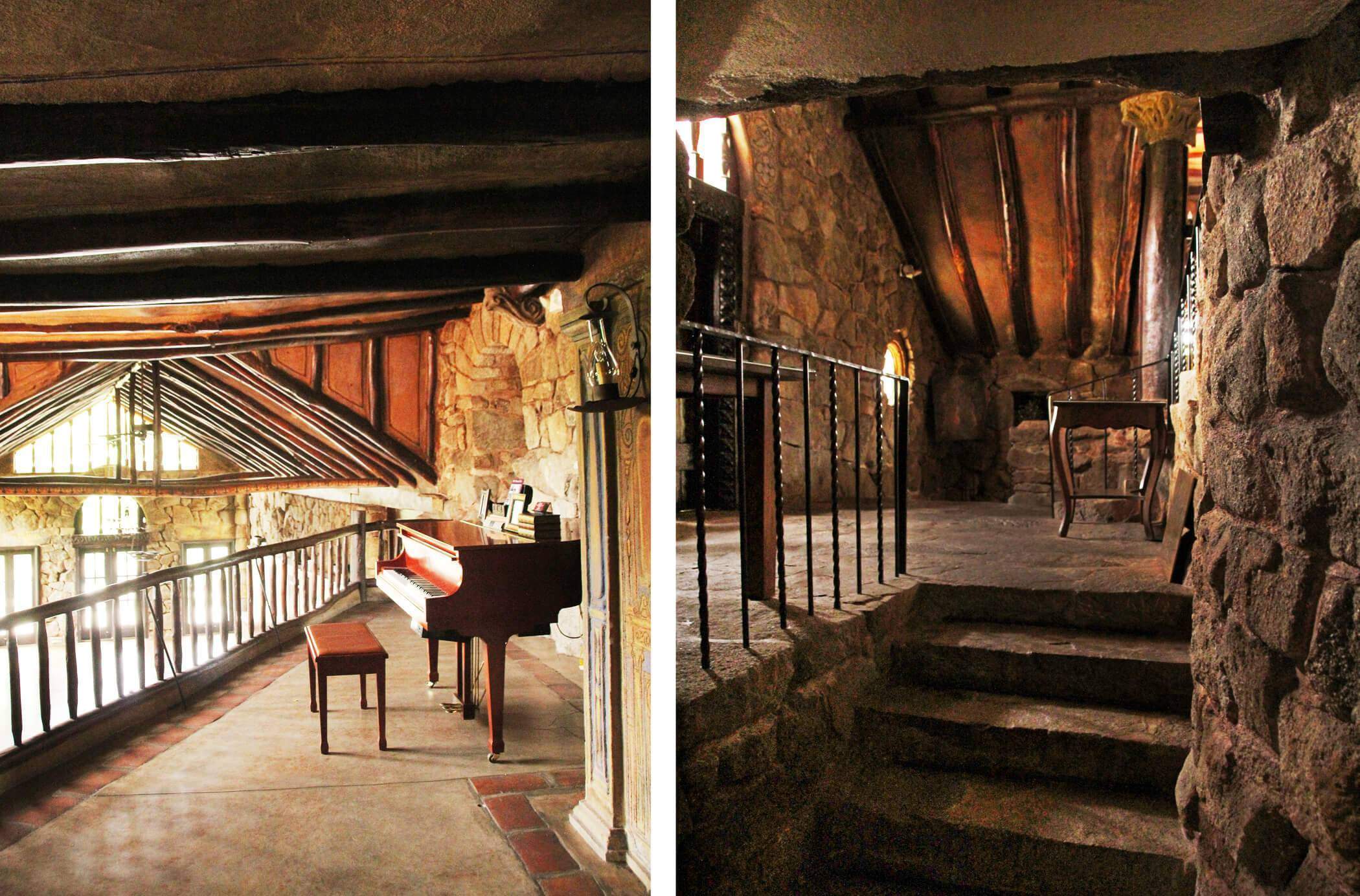 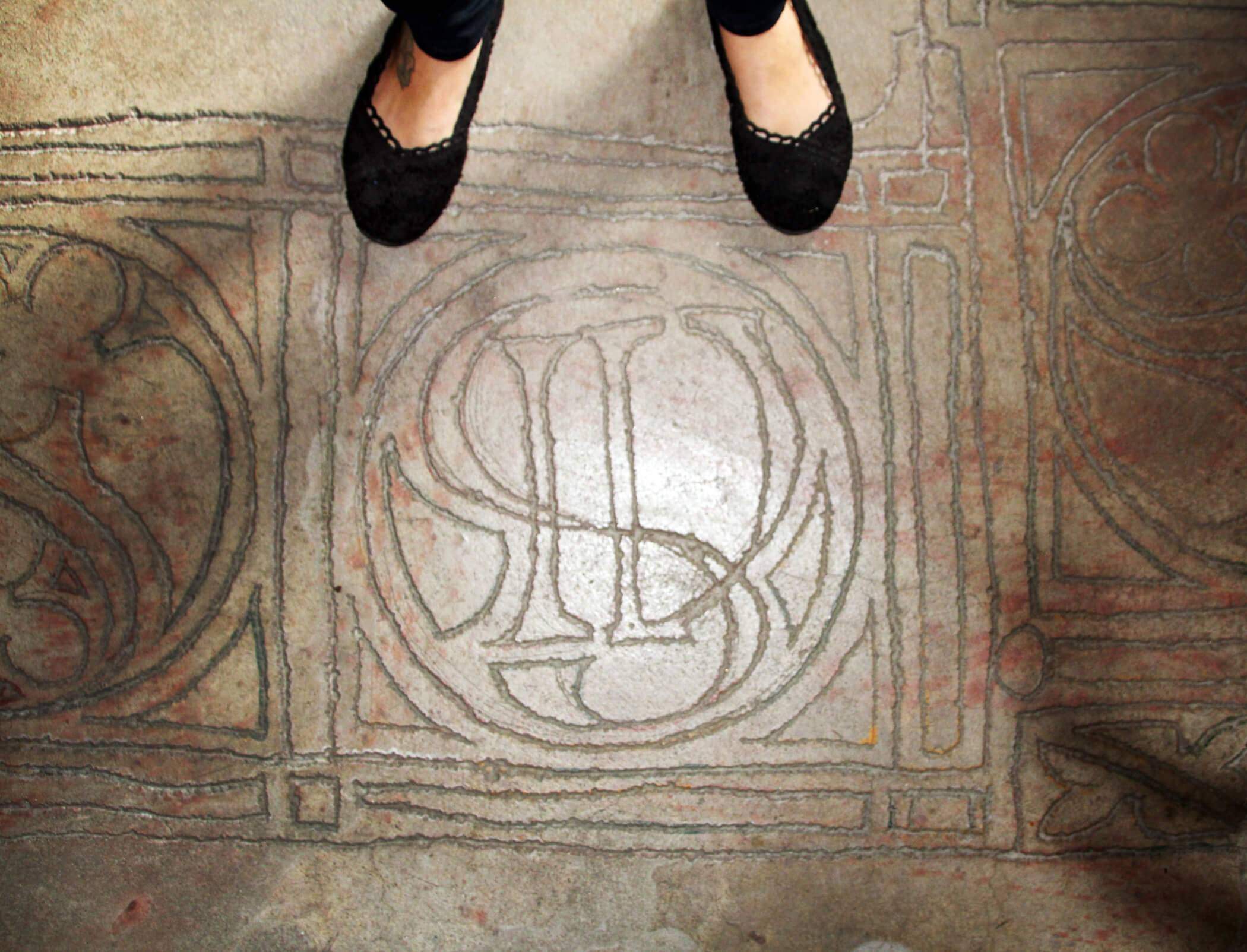 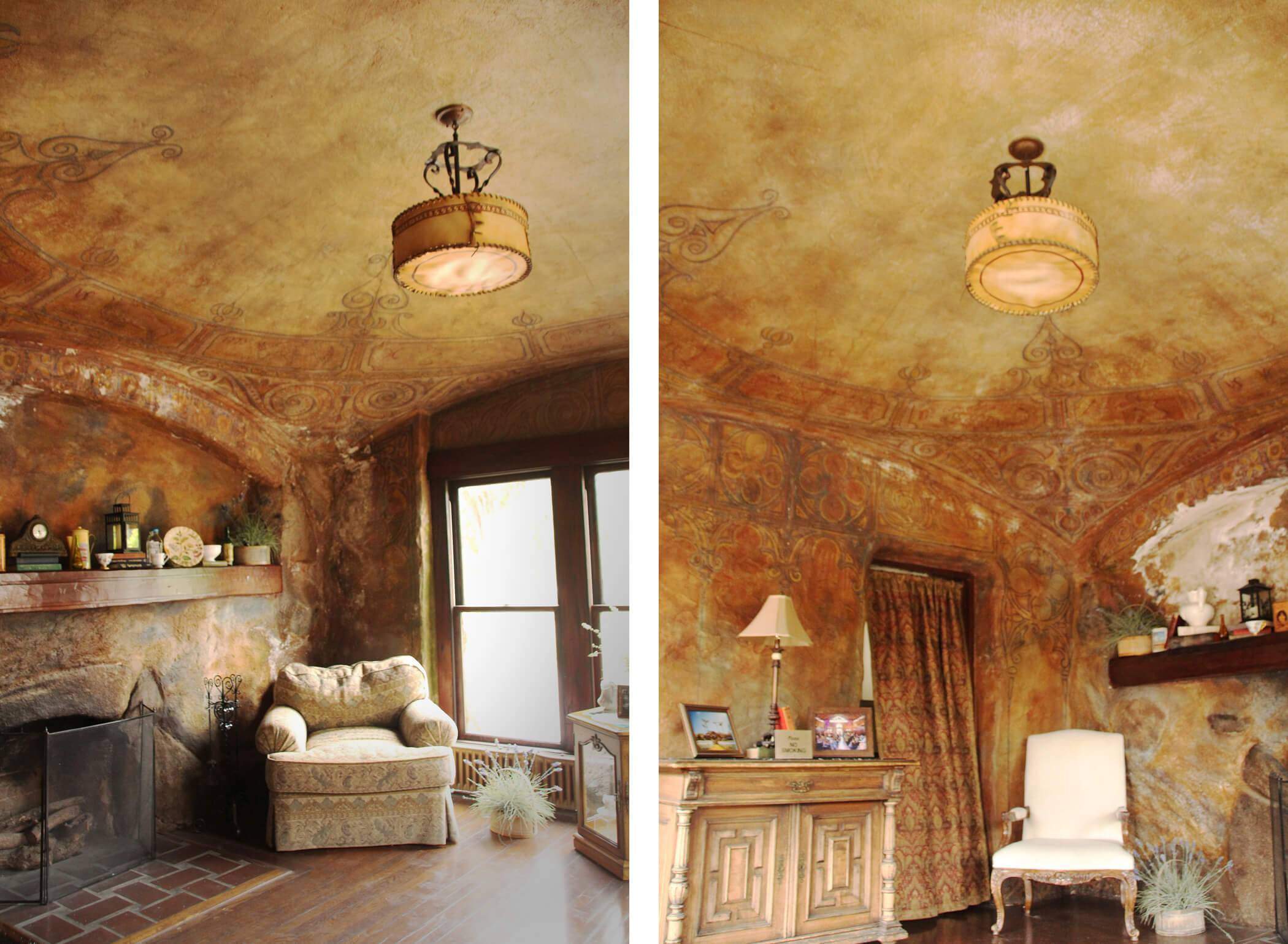 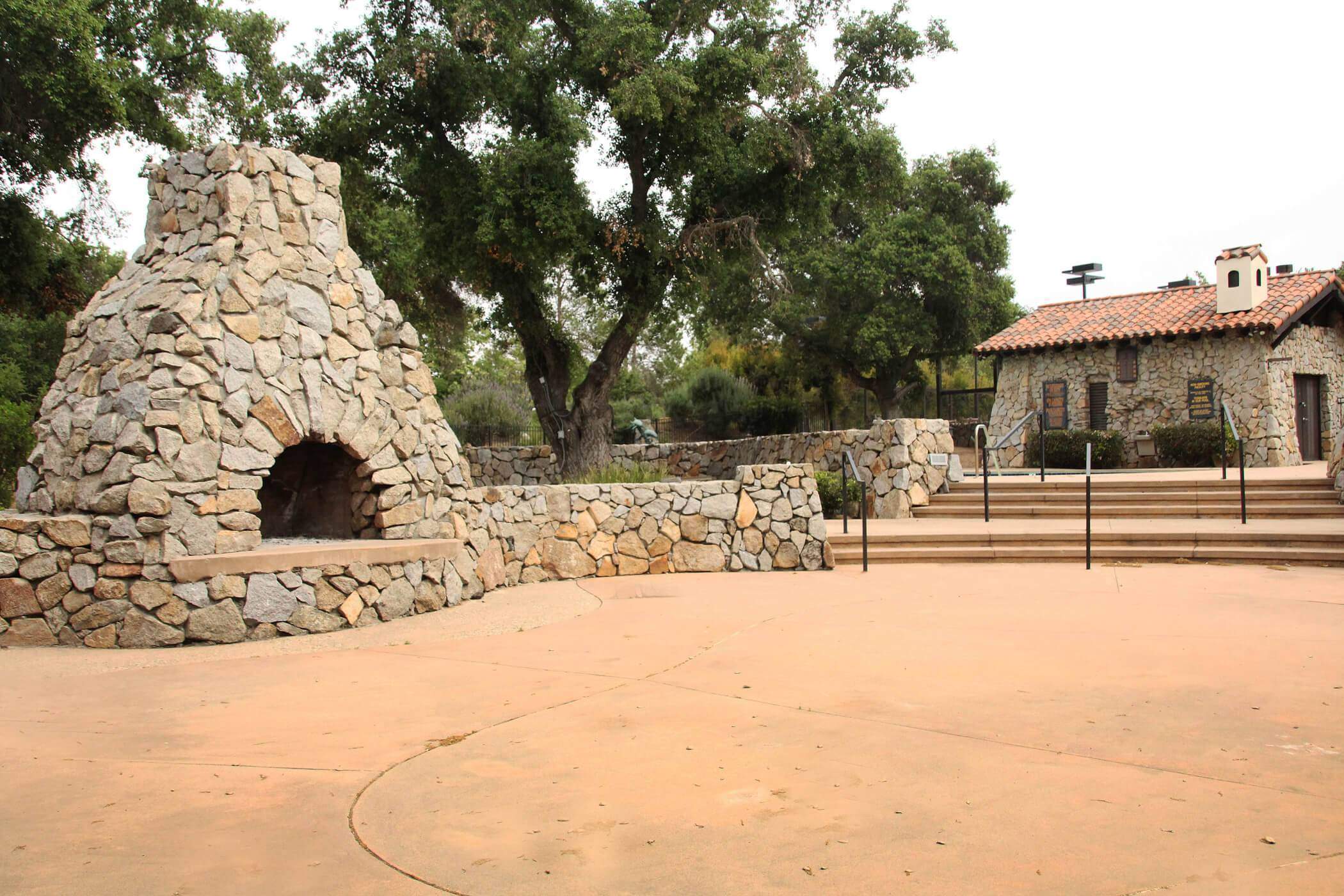 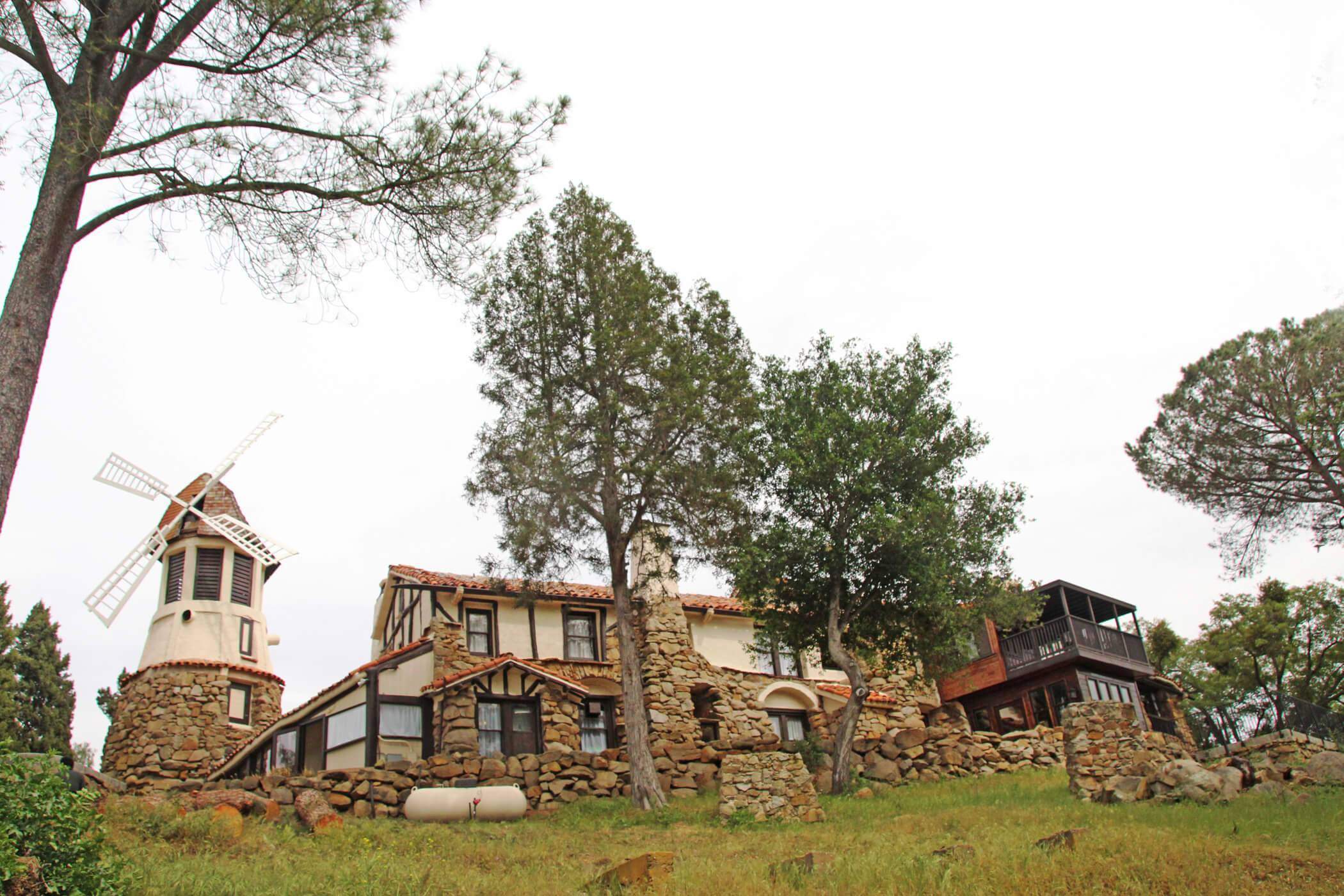 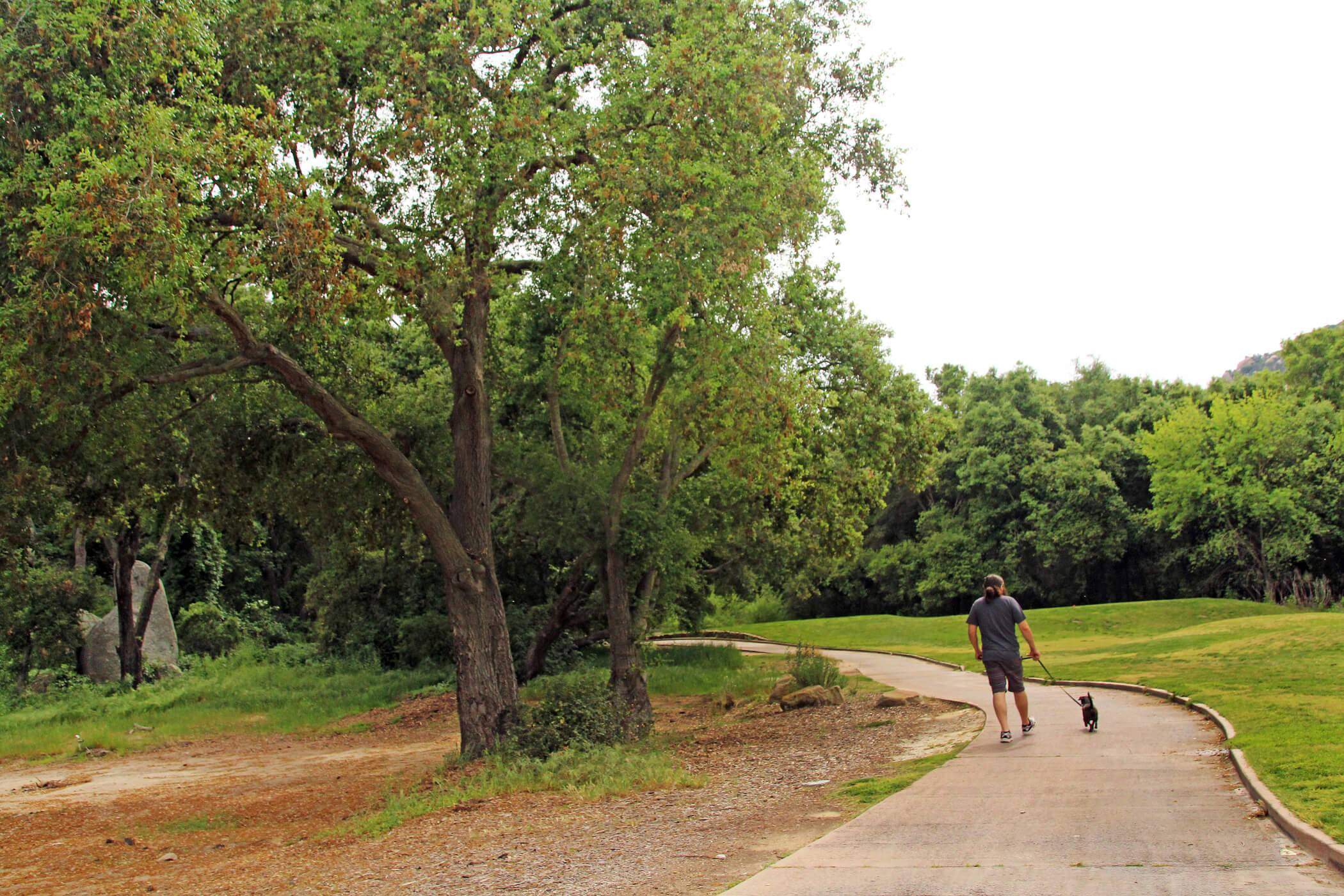