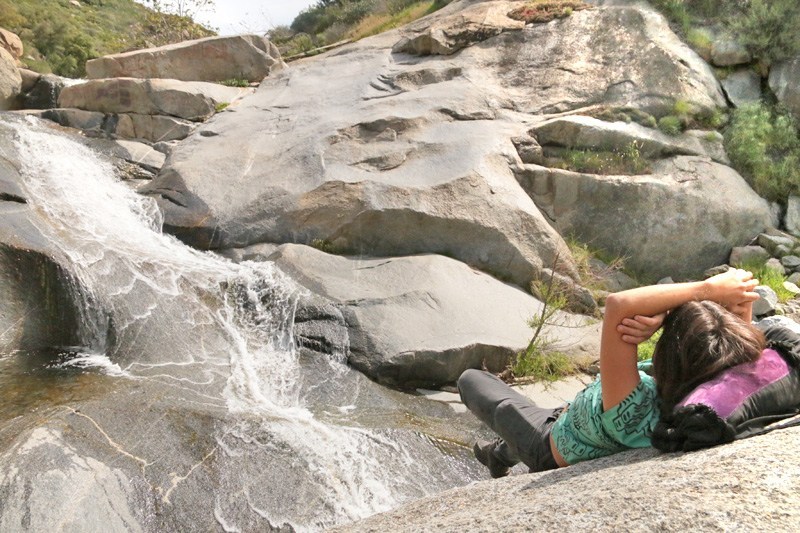 WATERFALL 1 is part of our members section

Bridge History: The bridge over Santa Ysabel Creek turned 100 this year. I doubt there was a party, hats, or a cake decorated with an image of the innovative Thomas Three-Hinge System bridge. William Thomas of the Thomas & Post design firm in Los Angeles designed three bridges in California with this three-hinge system, and this bridge is the only one remaining that could be located on BridgeHunter.com. It it one of only three William Thomas bridges remaining in the United States. 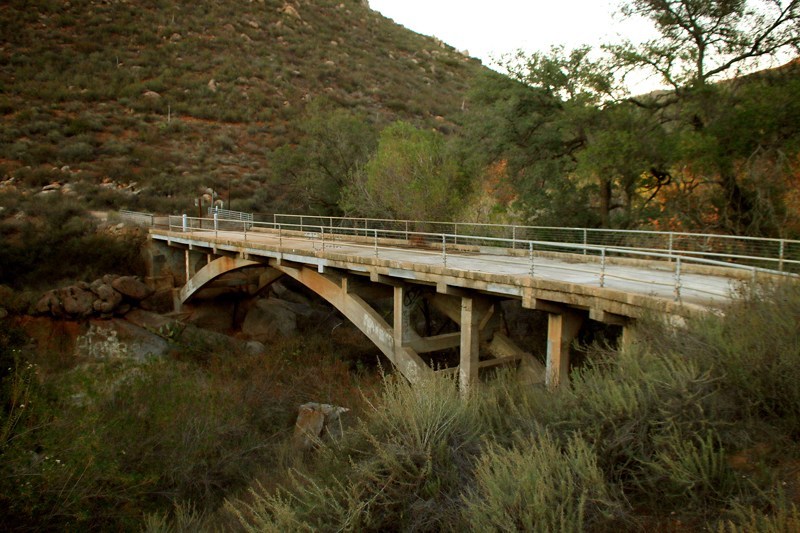 On July 21, 1977, this bridge was the site of the second-to-last bungle in a series of ridiculous bungles by murderers Carol Hardis and Mary Depew. Carol's husband, Marine Sergeant David Hargis, was unaware for weeks that his wife and her lover's friend were making repeated attempts to take his life in order to collect his life insurance policy.

After twelve (yes, TWELVE) failed ideas or attempts, including baking a spider's venom sac into a blackberry pie, Mary bludgeoned David to death with a curtain weight while he slept. The women loaded his body into the bed of his own truck and Mary drove to the bridge while Carol stayed behind to clean up the bloody mess.

Mary somehow threw the drill sergeant's lifeless body over the side of the bridge by herself and drove back to the coast. Upon Mary's return to Carol and David's house, Carol called the police station to report David missing. Thankfully, the policeman on the phone felt something was amiss, and put Carol "on hold." Carol and Mary immediately started discussing the body disposal while a policeman listened on the other end of a muted line. 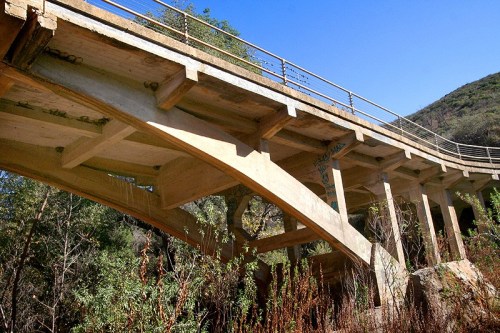 Perhaps Mary should have checked for water in the creek that night or had a basic understanding of San Diego's summer climate, as a helicopter pilot had no problems finding David's body the next morning lying under the bridge in a waterless creek bed. Both women were convicted of the murder of Sergeant David Hargis and given life sentences.

Decades ago, the bridge began to deteriorate and was downgraded to a status of "structurally deficient" with a score of 16.5... out of 100. Since this is THE "road to town" for a local Indian Reservation, an alternate method for the roughly 150 daily reservation visitors, the residents, United States Forest Service and fire personnel was necessary for crossing Santa Ysabel Creek to get to Ramona.

In 1994, San Diego County's Board of Supervisors passed a resolution that ordered a solution be found. Studies were done, plants and animals were observed, options were considered, and in 2010, construction for a replacement bridge was approved. Financing for the project was provided by federal, state and local government funds. In 2011, the replacement bridge was awarded the Outstanding Project of the Year Award by the American Society of Civil Engineers San Diego Chapter.

While there is a sign in place noting it as an historic bridge, this bridge is not yet on the National Historic Register. A 1987 Historic Bridge Survey by the California Department of Transportation deemed the bridge eligible for inclusion, but it has not yet been made official. 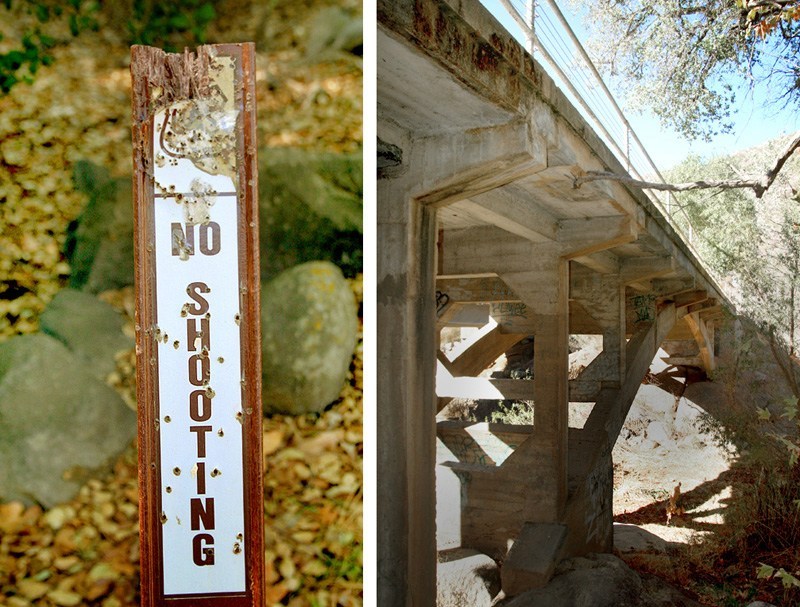 Campground History: the is shown on a county map from 1948, and has been closed since the early 1980s, but traces of its existence remain. Heavily shaded and within a half mile of a seasonal waterfall, it would have been an idyllic family weekend excursion in its heyday. Pools at the base of the waterfall and polished boulders-turned-waterslides made for a refreshing break from the inland heat and lasting memories for the children that played here. Excellent fishing was available at well-stocked lake, one mile up the road. 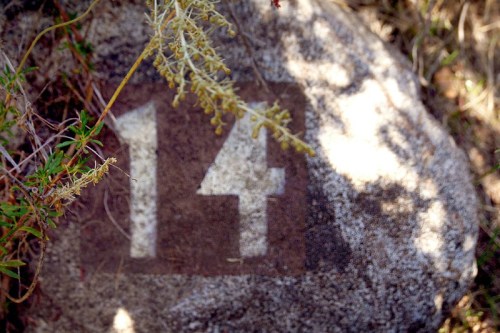 In the mid-1970s, the quiet spot outside of Ramona had started to attract a rougher crowd and local motorcycle groups began to frequent the area. Parties grew rowdier; nudity, drinking, and drugs were commonplace. In only two months, more than fifty arrests were made by local law enforcement. Just inside the campground's entrance, there is a burned out Mustang on the hillside below the road, but be careful exploring the wreckage. Is this proof of the hard partying, or a weekend white-knuckle drive on the scenic road gone wrong?

Stroll under the oak trees on the decaying surface of the old campground road, listen to the wind, and keep your eyes open for evidence of its former use... including campsite numbers painted on the rocks. Roughly two dozen campsites were located here. Keep walking up the canyon floor and you will come upon the lovely waterfall with deep pools for a quick dip. Diving is not advised, even though signs are not posted. The campground was closed and trail markers removed shortly after Steven Judd attempted a swan dive from 35 feet above the pool in 1981.

Personal Experience: If you are going to take this trip, I would recommend in springtime for several reasons: one, things will be at their greenest and in bloom and second, the waterfall will be running! I will update hopefully in the spring with some waterfall shots! There is some fun history here and the drive is gorgeous! I just want to make sure that you get the most out of your trip. Timing is important.

Even if you don't choose to do the entire drive along this old, dirt road, you still have to do some of it in order to see the bridge.  This road personally freaks me out because it is super windy with blind spots, no railing and eventually climbs very high, and next to no room for error.  If two cars are on this road at the same time, accidents could easily happen. 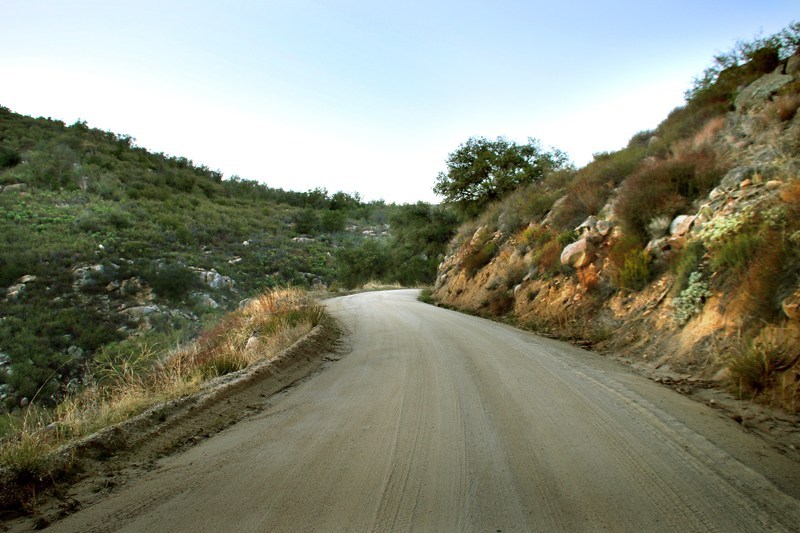 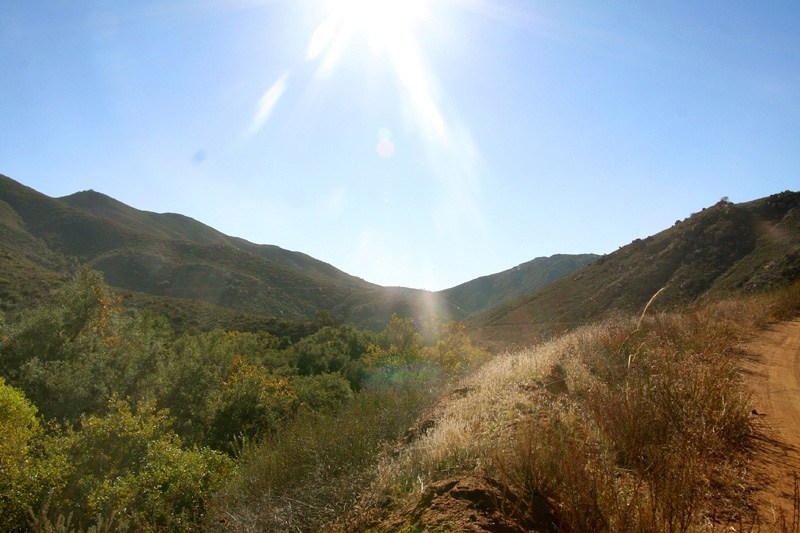 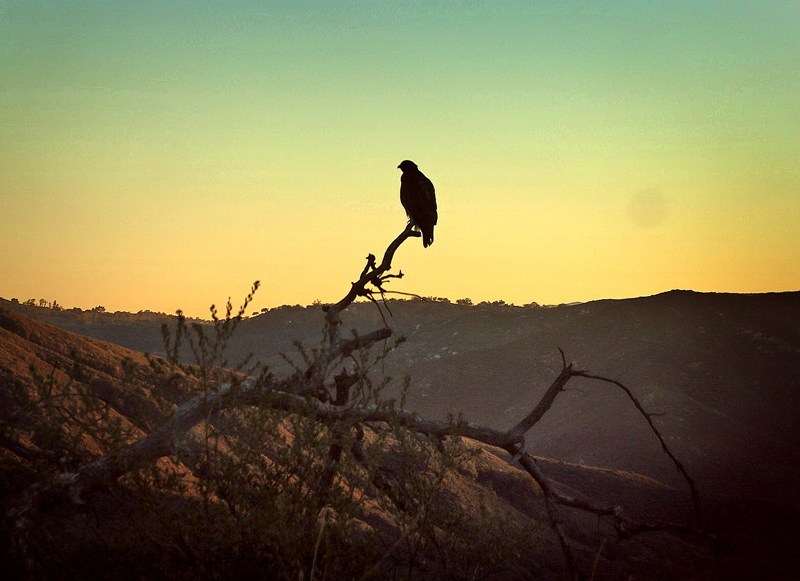 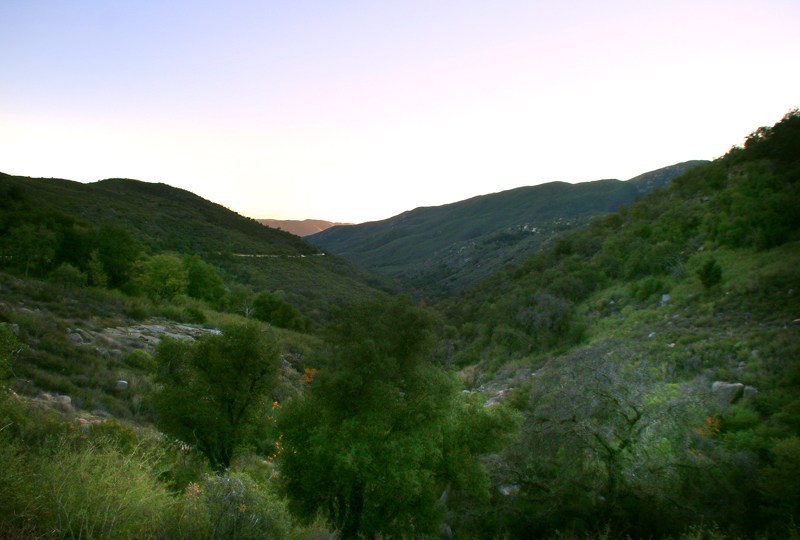 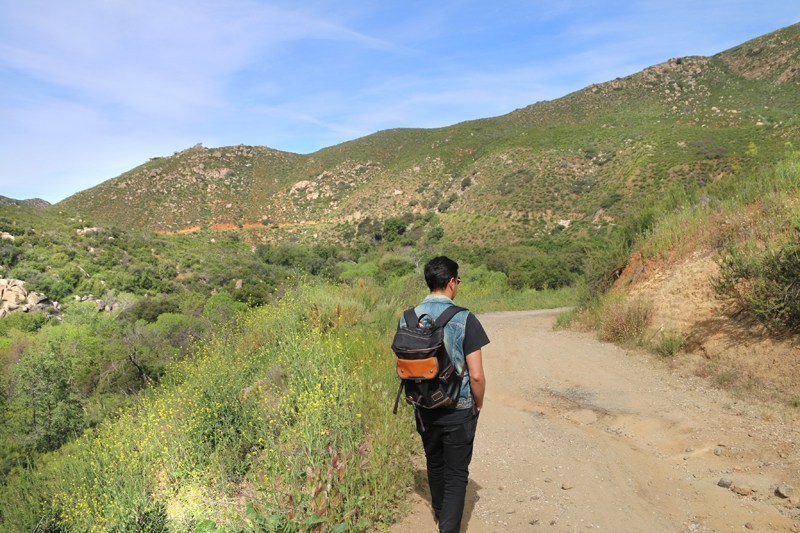 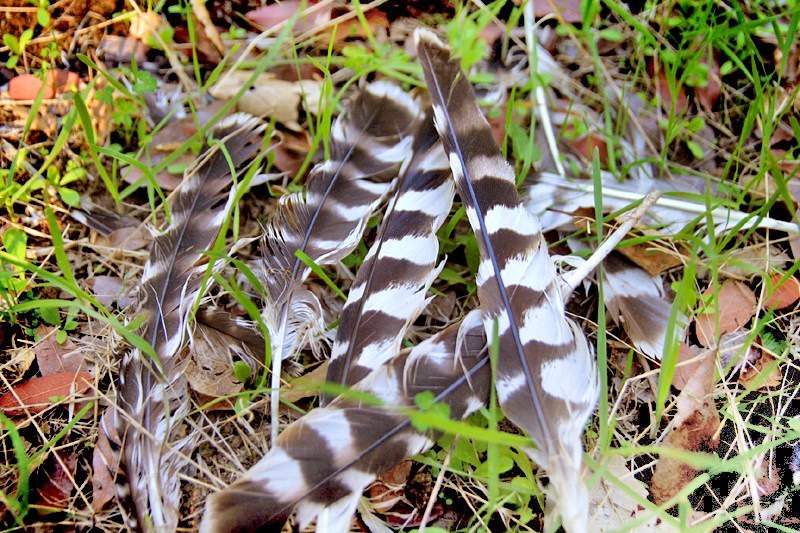 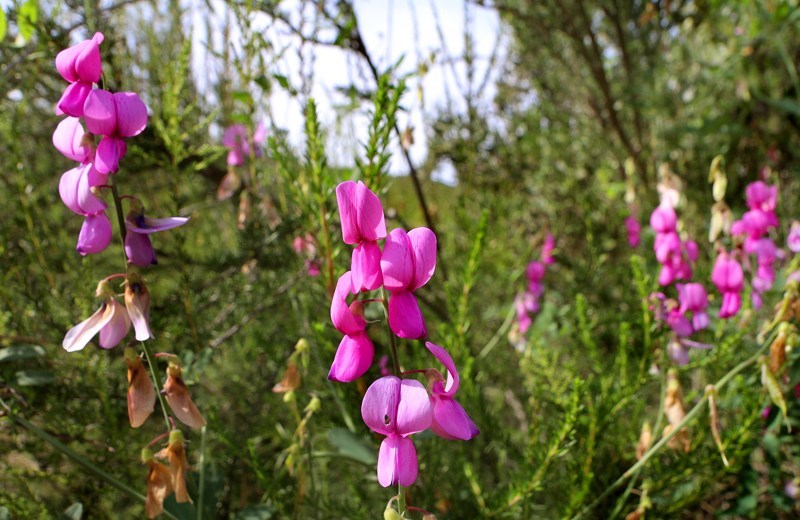 The hike to the waterfall is off a beaten path.  I would leave your dogs at home and be very careful depending on what time you go here.  The rattlesnakes are out and very easy to miss them when there is high grass you are treading through: 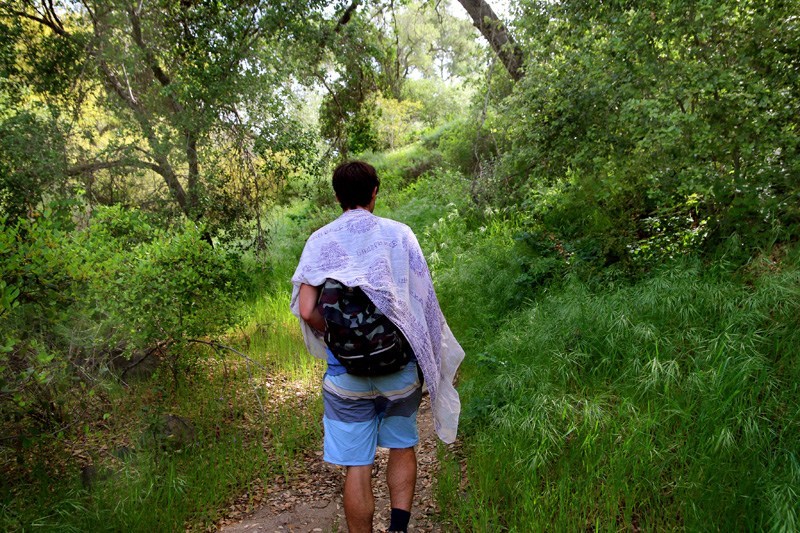 We came across an old automobile along the way: 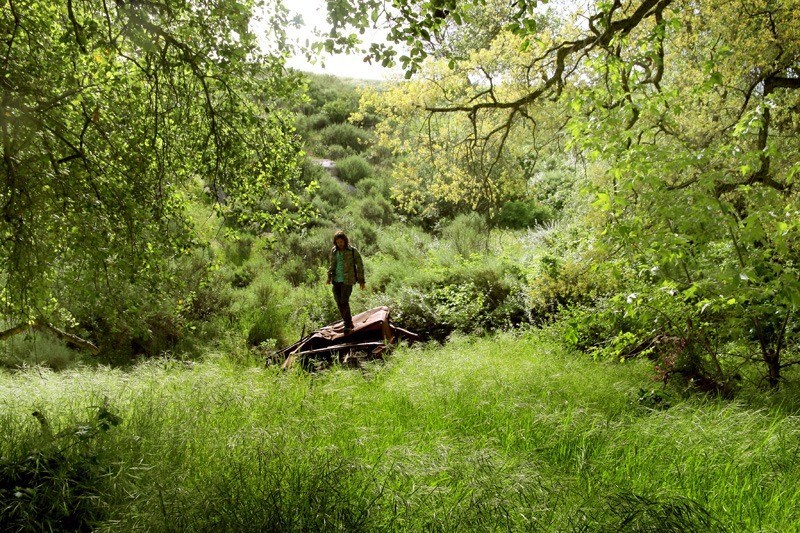 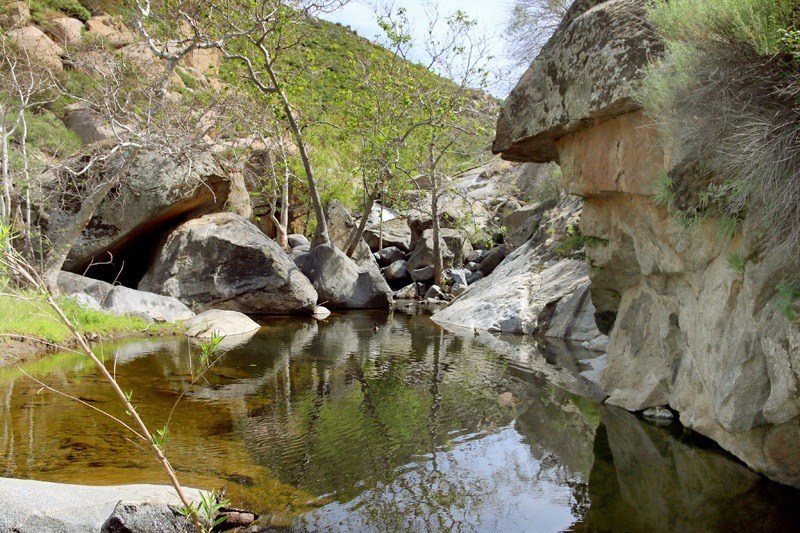 A small rock shelter we came across: 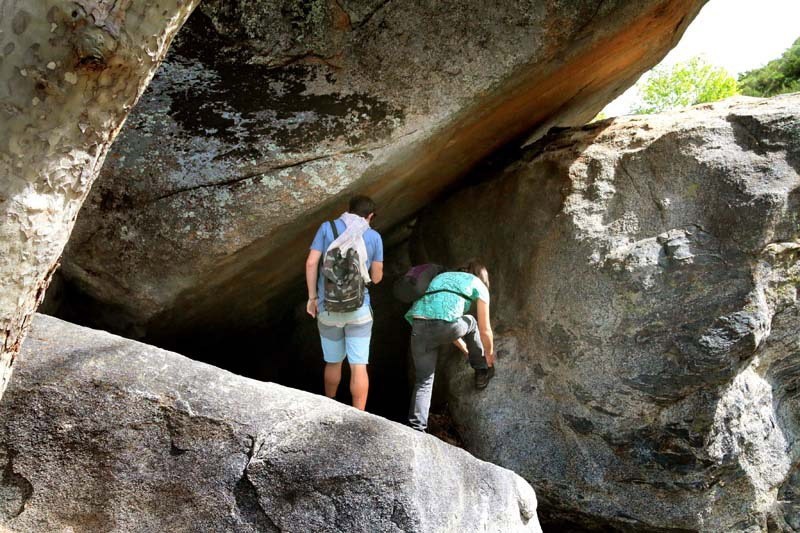 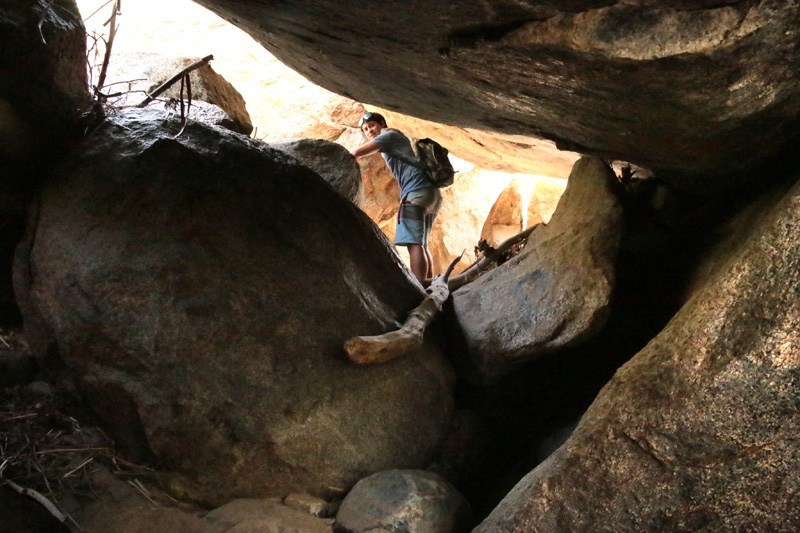 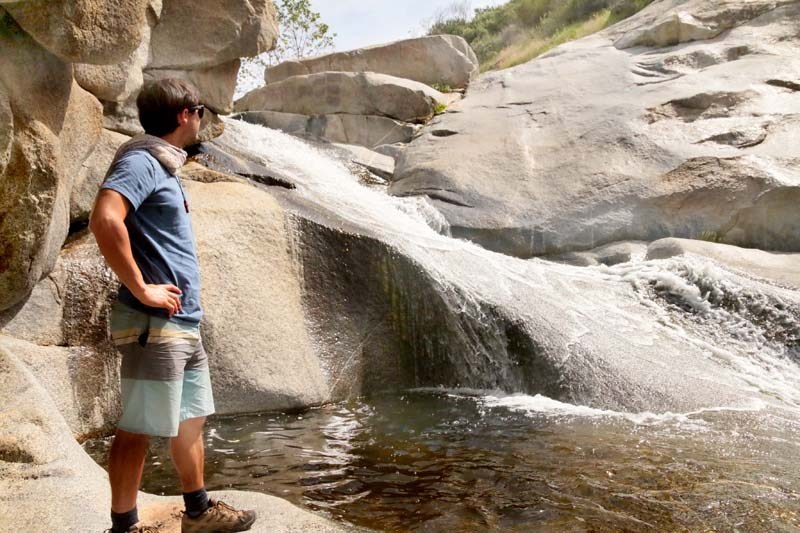 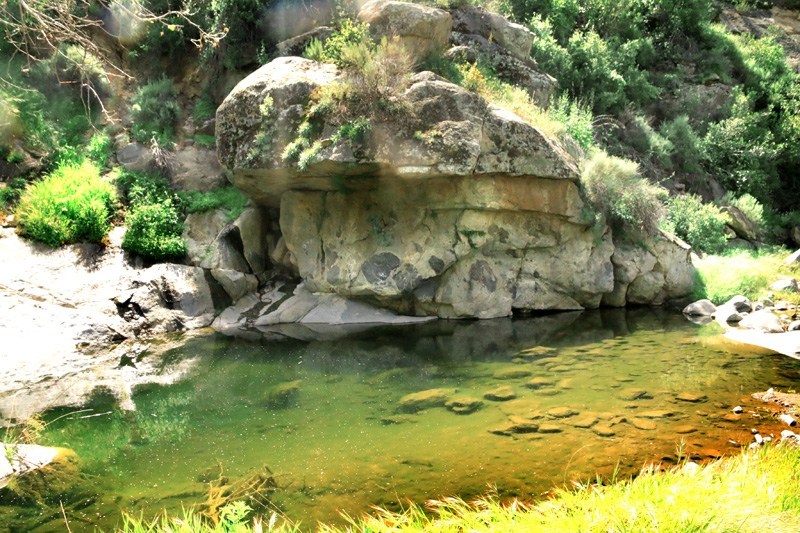 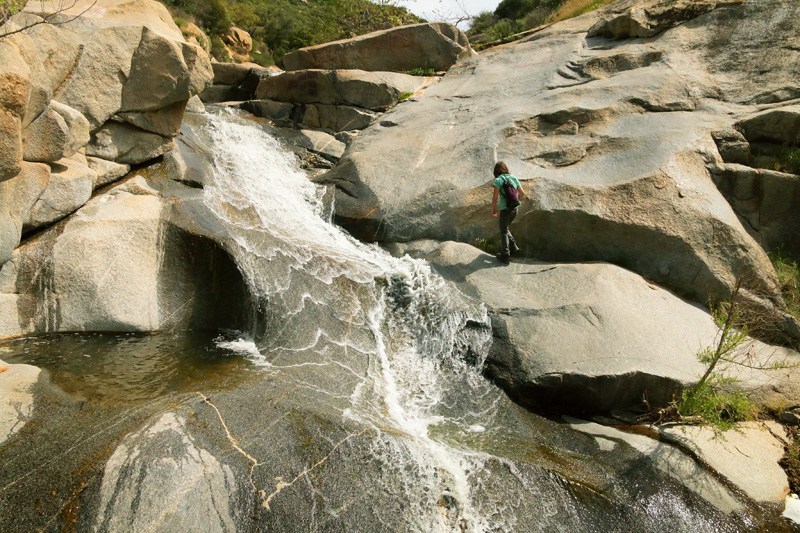